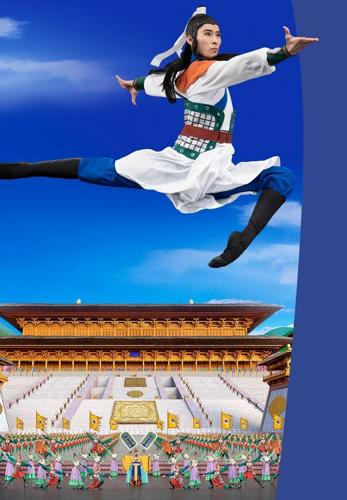 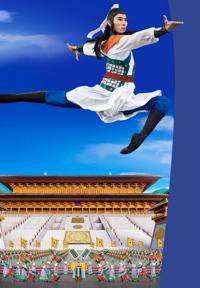 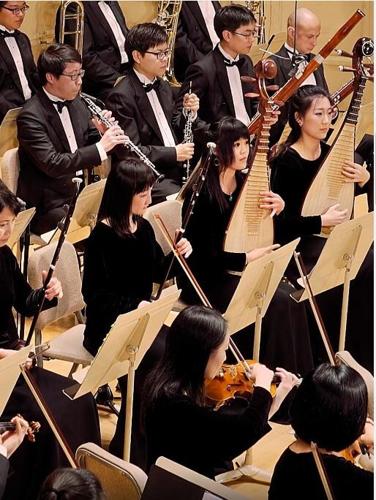 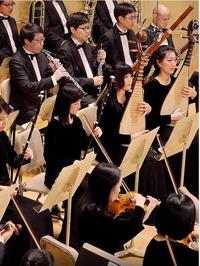 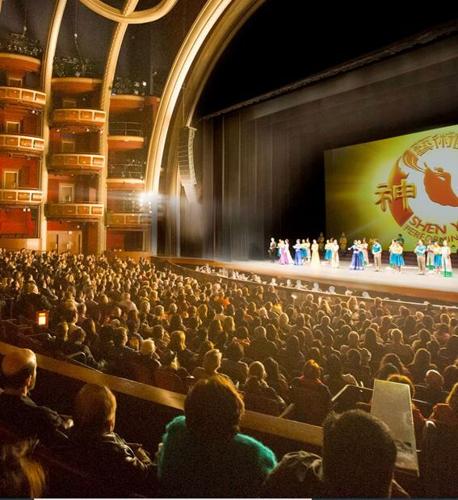 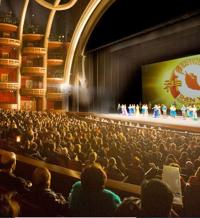 The fallback for many people is to see what the latest movie is and get tickets. This is normal. But if this becomes a reason to stop experiencing real live entertainment, you may be missing out on an incredible opportunity for you and your loved ones.

When you see something live, there is a live connection between you and the performers that is not there in a movie. You are actively participating in a two-way cultural exchange and seeing what people find fulfilling today: something that can only be communicated person to person.

To put it another way, if the grid goes dead tomorrow or you lose all of your money, what in-person entertainment can you really turn to? What can you point to and say that really was worth building a civilization and a theater for with my two bare hands?

Nowhere is this contrast more present than in a Shen Yun performance. Very likely, you’ve seen the ads, but have you seen the performance yet? Meanwhile, how many unmemorable movies have you seen?

1. Where the Real Action Is

Whatever it may be, the latest superhero movie, the extreme action flick or the animated kids adventure, a screen will undoubtedly show you some incredible action scenes with awesome punches and impossible kicks. Someone will have huge muscles.

The reality is that for those muscles to do anything, countless hours of practice, scene takes and computer modifications are happening. What you are seeing is probably best described as fake or impossible. In some cases, it is completely in a computer and you are essentially paying someone to watch them play a videogame.

Not so with Shen Yun. What you are seeing right before your eyes is very real action in real time. Performers glide across the stage as if floating, and flip, twirl and leap as if they truly have super powers. Awesome heroes come to life on stage with real super powers!

This is thanks in part to the art form that Shen Yun is reviving, classical Chinese dance, which shares a connection with martial arts in Chinese history.

2. Where the Real Music Is

There is a very good chance that at some point in your life, you were forced to play an instrument or attempted it of your own free will. That experience will help you realize just how incredible it is to hear professional-level musicians playing their instruments well and in perfect harmony with an entire orchestra that is in sync with fast-moving dancers on stage.

Shen Yun’s large orchestra has a unique and enchanting sound featuring Western standards like the violin, trumpet and flute, as well as ancient Chinese instruments.

Movie music today also can do incredible things and has a variety of instruments, but like digital files and digital action, it falls short of the real music performed by real people in real tuxedos. It is an experience to treasure, not a file to download.

In fact, real full-time musicians supported by an orchestra is something extremely rare today in the music world, and Shen Yun should be highly commended for this. You are seeing the endangered species among artists and they are a sight to behold -- and hear!

3. Where the Real Story Is

China is the most populous nation and the number two economy.

It is no secret that Hollywood is under the thumb of Beijing and the Chinese Communist Party. The CCP is almost universally condemned as evil for its human rights atrocities that are nothing short of a modern-day Holocaust. But the reality is that if Hollywood wants a piece of the Chinese market, it has to play by evil rules.

The latest example of this was when the new Top Gun movie erased a Taiwan flag from Tom Cruise’s jacket. (China views the nation of Taiwan as a renegade province it wants to reconquer while Taiwan understandably wants to keep its democracy free.) The movie makers ended up returning the Taiwan flag, earning much deserved praise.

However, this is really nothing. It is just a small flag on a jacket. Where are the Hollywood movies about Taiwan? About Tiananmen Square? About the Korean War? About the peaceful Falun Gong meditators who face a genocidal persecution today?

Here is where Shen Yun has all the bravery and thematic power in one of its dancer’s pinkies than all of the Hollywood heroes’ muscles today combined.

Shen Yun was, in fact, created by Falun Gong practitioners and features scenes of persecution that people of faith today face in communist China.

Hollywood does not have an Academy Award category high enough to even begin to award Shen Yun.

Shen Yun will be returning to the Pikes Peak Center for the Performing Arts in Colorado Springs on January 18-19 and March 17-19, 2023. In Colorado, Shen Yun will also visit Cheyenne Civic Center March 14-15, and the Ellie Caulkins Opera House January 20-22 and the Buell Theatre March 8-12, both at DPAC, in Denver.