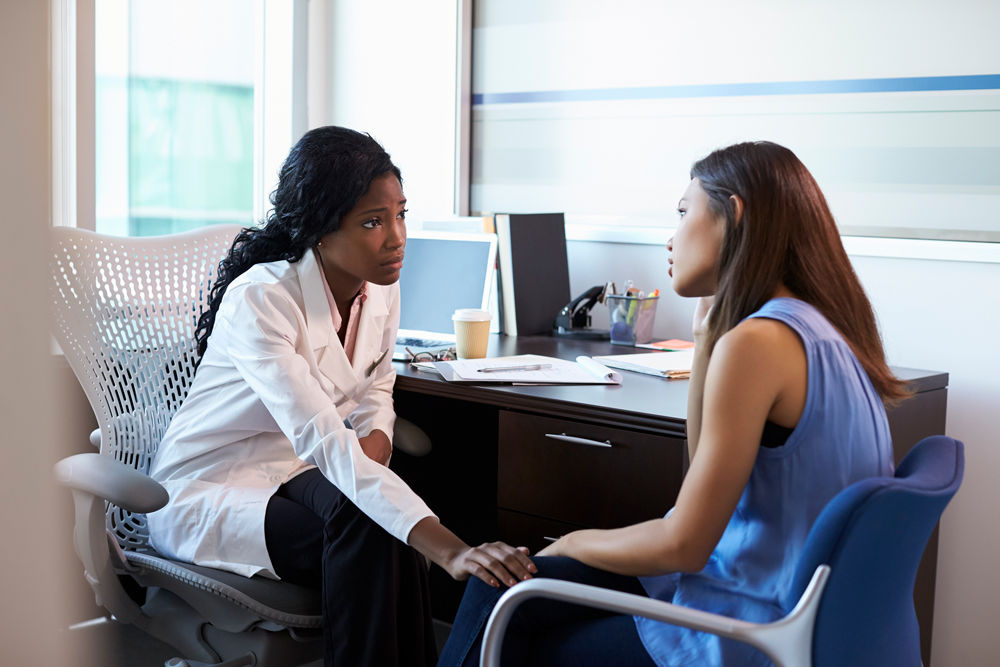 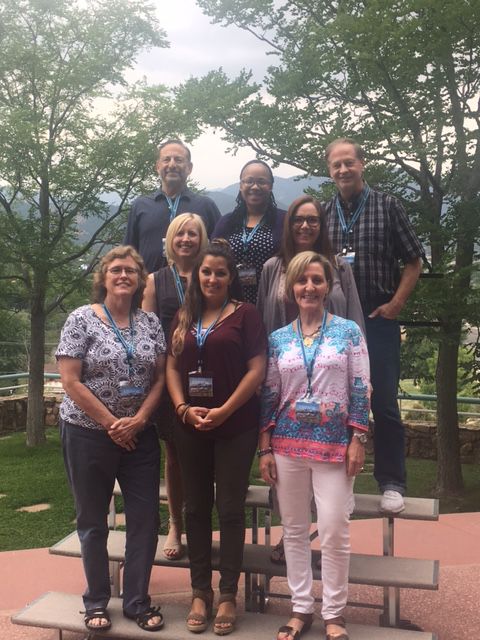 Newman University Social Work Program faculty and staff from both Colorado Springs and Wichita on retreat in August, at the Center for Creative Leadership in Colorado Springs.

A child being disruptive in class and displaying challenging behaviors traditionally would be punished with the belief that it will correct the behavior. But studies are increasingly showing that this approach is neither properly identifying nor effectively treating the root cause of the problem.

A similar change in philosophy is informing the new Trauma-Competent Practice approach to Newman University’s Master of Social Work (MSW) program. MSW Program Director Terrie Cox Pauly said, “Trauma informed practice reflects a paradigm shift that asks the question, ‘What happened to you?’ instead of, ‘What’s wrong with you?’”

Although the impact of trauma on clients was not ignored in Family Centered-Practice, its effect was not fully understood. Cox Pauly said, “We knew that intuitively and anecdotally before, but now we have research to back it up and evidence-based treatment to address it.”

With the pervasive role of trauma in social work clients corroborated, and methods to treat it, Newman University decided to reevaluate their curriculum, asking themselves if the current program was serving their students in the best ways possible and whether it reflected the most recent advances in the field. Ultimately, they concluded it was time for a forward-looking change.

Just implemented this fall, their new Trauma-Competent Practice curriculum focuses on the effects of traumatic experiences on individuals, families and communities. Cox Pauly said of the new program, “I would say that we’re on the cutting edge. Trauma informed practice is becoming more and more prevalent in mental health, behavioral health and on all levels of social work. But we are one of very few programs that have it as a specific focus.”

A guiding principle of Trauma-Competent Practice is viewing symptoms like depression, anxiety, relationship problems and Post-Traumatic Stress Disorder as adaptations to trauma, rather than as mental disorders.

In developing the new curriculum, they also took into consideration what their placement agencies were looking for in new graduates. Cox Pauly said, “We had focus groups, not only with students, but with leaders in agencies where we place our students for their internships. So these agencies are really excited about what we’re doing.”

To further analogize the curricular adjustment, Cox Pauly returns to the example of a child misbehaving in class. “It becomes a more strengths-based approach versus a punitive approach. If a school were trauma informed when they saw a child being disruptive in class, instead of punishing them, they would think about what’s going on with this child. It’s not just correcting the behavior, it’s understanding that those responses are coming from trauma. Maybe the child doesn’t feel safe and maybe doesn’t have skills for regulating themselves,” she said.

Indeed, many schools are incorporating trauma informed practices. So are agencies like the Department of Human Services, including the Division of Youth Services, because the majority of individuals served by these agencies have histories of trauma.

In fact, statistics are beginning to show the effectiveness of this approach. The national publication Juvenile Justice Information Exchange recently praised the Colorado Division of Youth Services’ use of trauma informed practices, after a study showed that an October 2016 ban on the use of pressure-point pain compliance, offensive strikes by staff, strip searches and the use of physical restraint devices has since resulted in a 22 percent decrease in youth-on-staff assaults.

Another strength of Newman University’s MSW program is the experience of their instructors, both in the field and in teaching. Most faculty instructors have 25-plus years of experience in the social work field, and they also employ adjunct faculty doing trauma informed work in the community who bring that expertise and experience into the classroom.

Cox Pauly said, “It gives (the future MSW program graduates) a definite competitive advantage in the job market, but more importantly, it gives them an advantage in terms of serving clients better whether they’re providing direct services to clients, working in an administrative position or even on a policy level to inform change there.”

Emphasizing the relevance of the new curriculum, Cox Pauly concluded, “You only have to watch the news to see how relevant it is. We know that at least 90 percent of behavioral health consumers have some history of trauma. It’s about recognizing how pervasive trauma is, and understanding its long-term impacts not only on mental health, but physical health, chronic disease and substance abuse. It’s also about providing services, and developing programs and policies that don’t further traumatize the client.”

For details about the Master of Social Work program at Newman University, or to enroll, visit newmanu.edu/academics/graduate-programs/social-work.