Children walk under the streetlights above Mazatlan Circle as they return home in southeast Colorado Springs. One issue in the area is weak codes for housing and neighborhoods. (Photo by Christian Murdock, The Gazette) 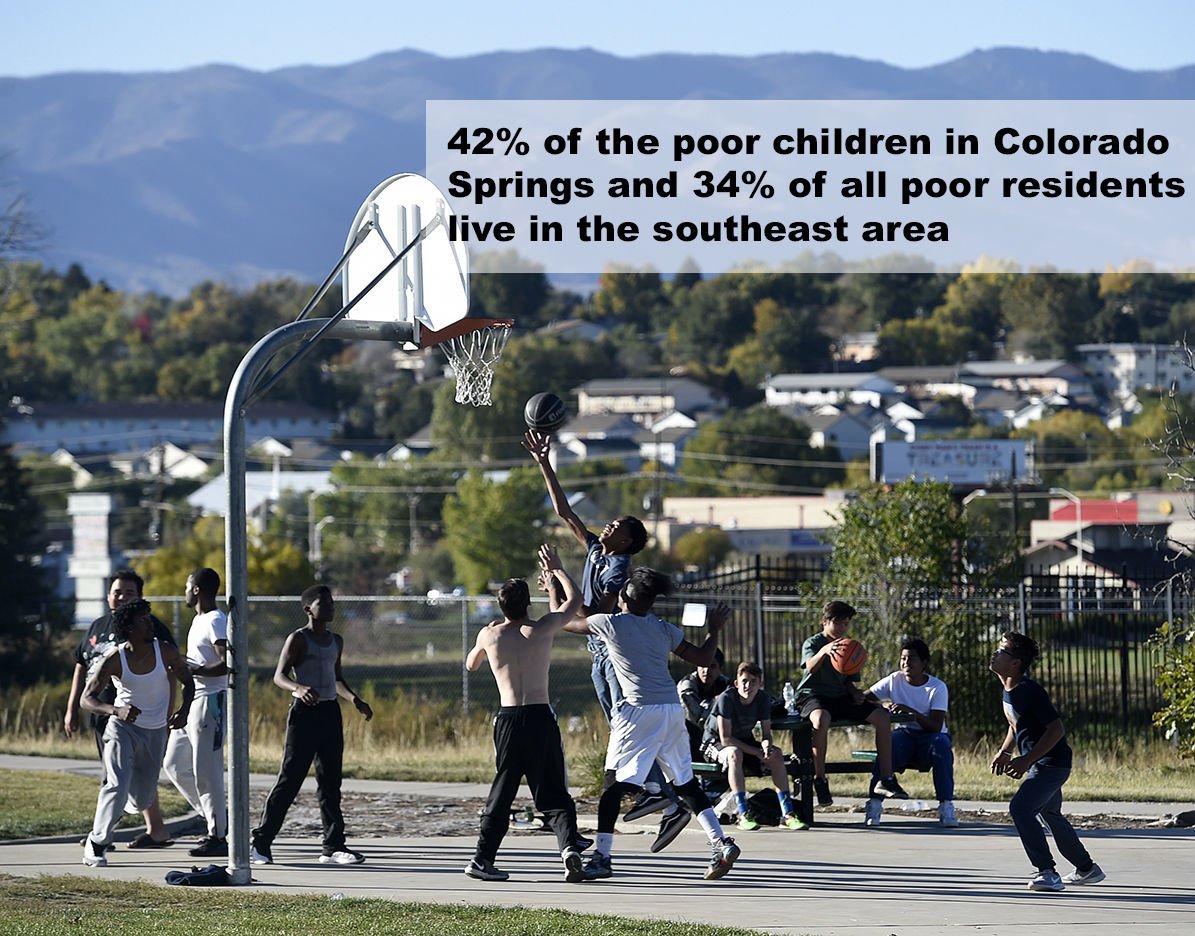 The basketball court at Prairie Grass Park can be busy on a warm Fall Day. Many of the friends who hang out at the park have aspirations of becoming musicians or rappers. Sunday, October 15, 2017. (Photo by Jerilee Bennett/The Gazette) 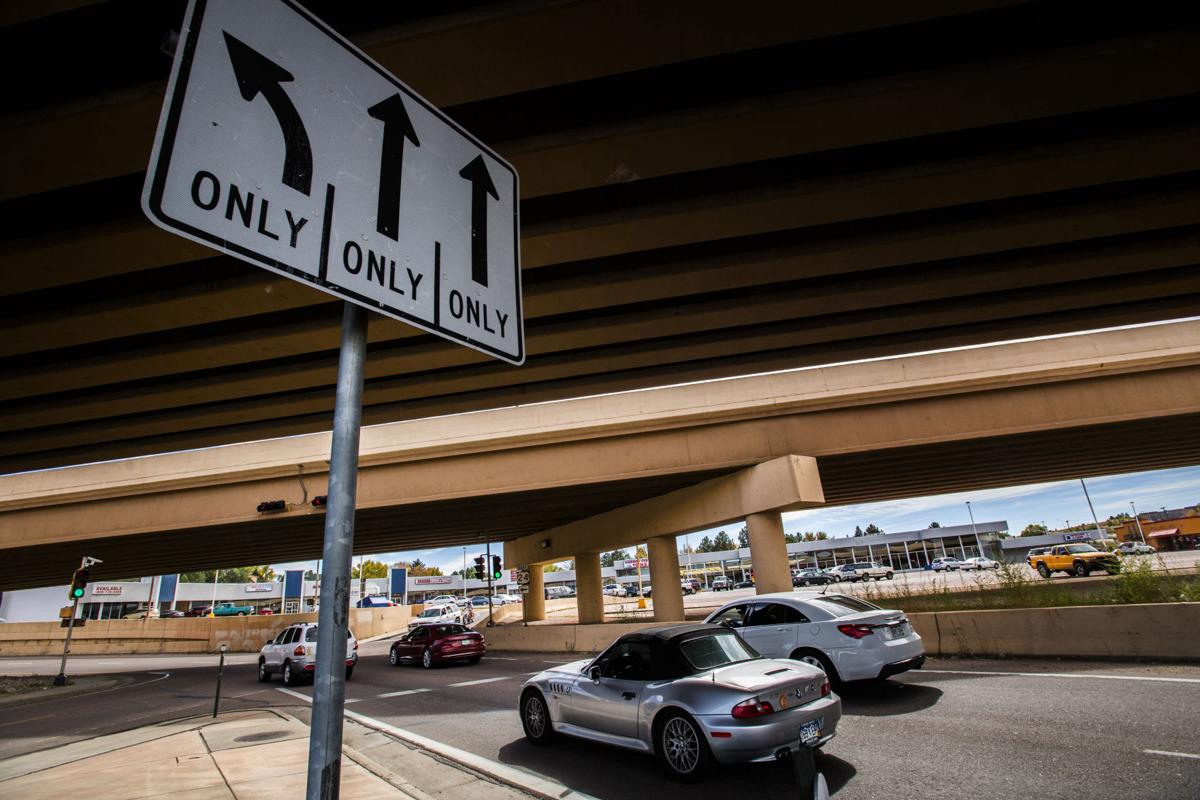 Vehicles wait at the light to enter the eastbound lanes of the Martin Luther King, Jr., Bypass at Fountain Blvd. Monday, Oct. 16, 2017. King Soopers pulled out of the shopping mall, in the background, in 1994, just months after the bypass was finished. Dave Savage, King Soopers executive vice president at the time, said sales at the supermarket dropped “considerably” after the bypass cut off access to the store. (The Gazette, Christian Murdock) 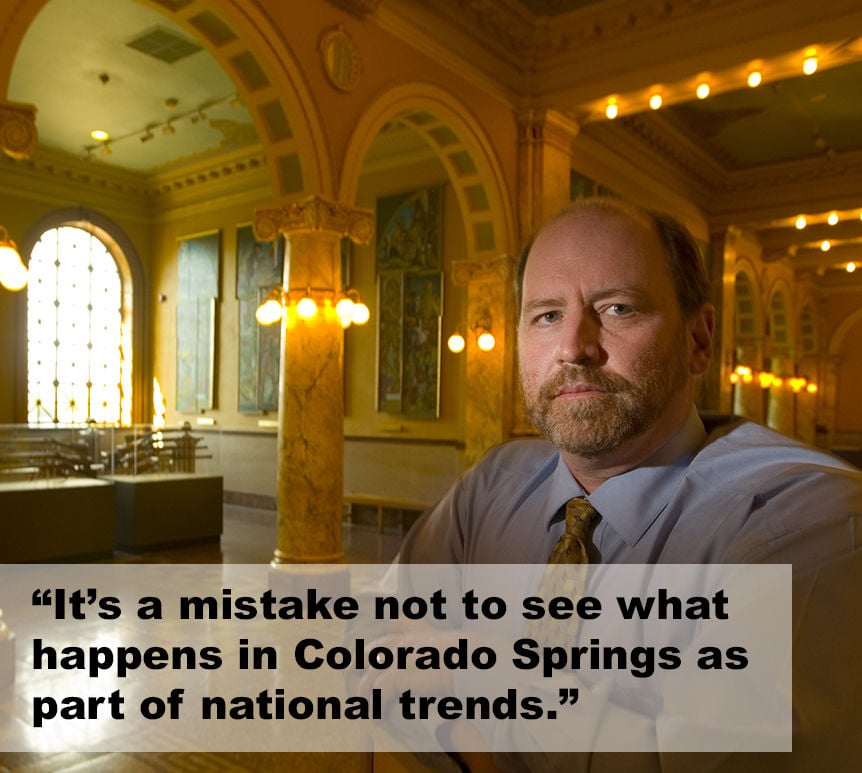 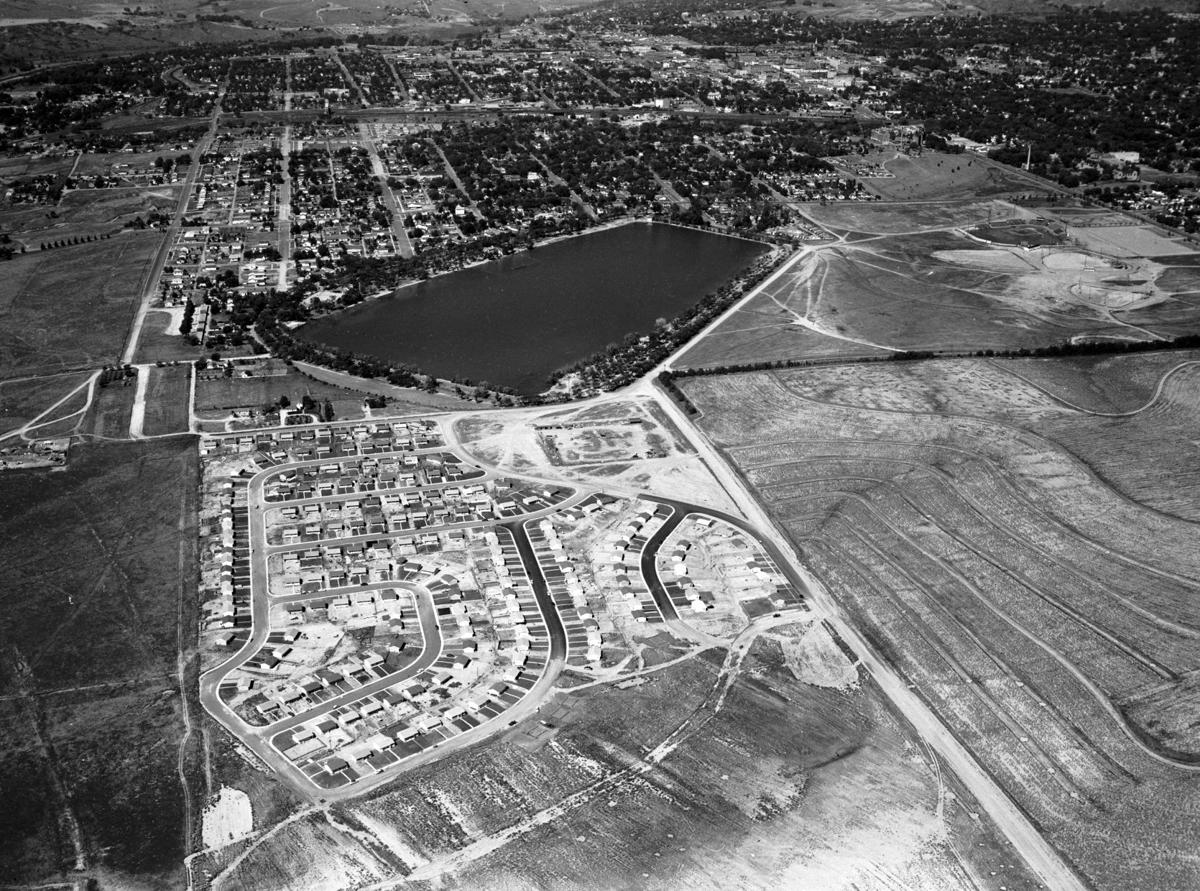 The beginning of the the Eastlake subdivision can be seen east of Prospect Lake and downtown Colorado Springs in the mid 1950s. (Photos courtesy of the Pikes Peak Library District, Special Collections) 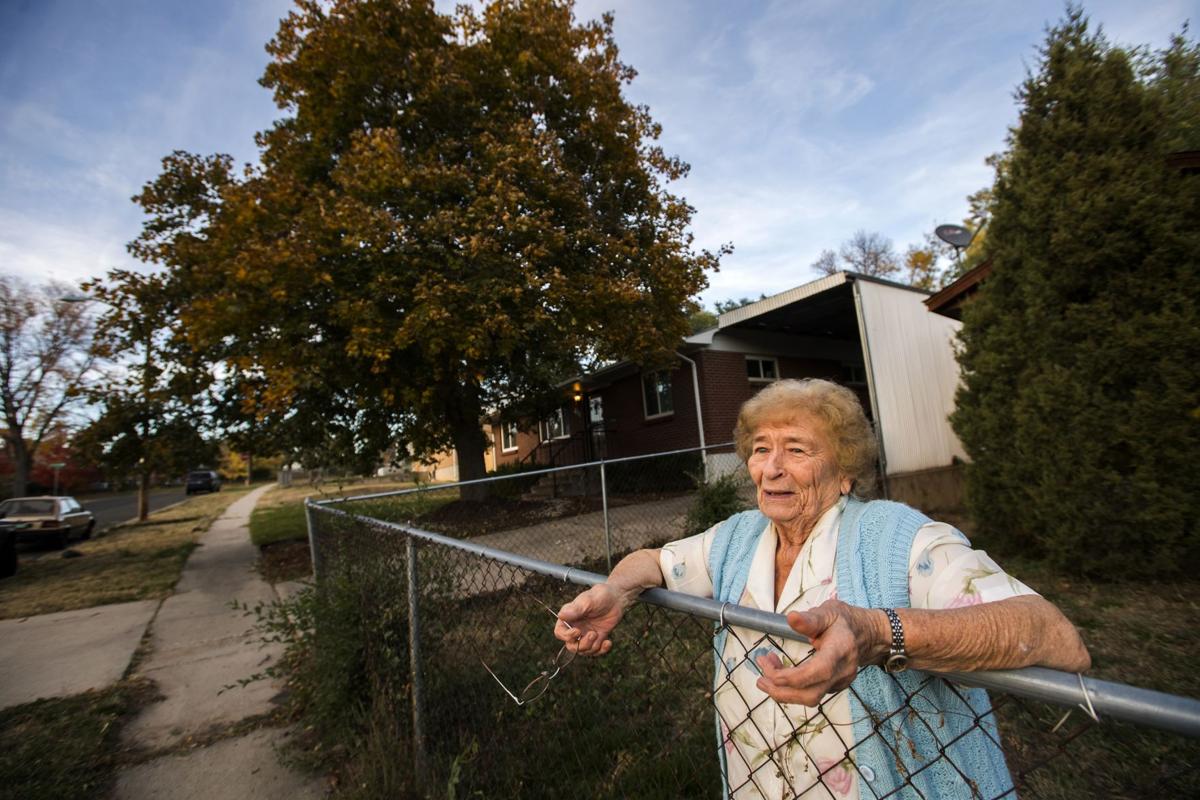 Dottie Keffer, 86, has lived in the Eastlake subdivision since her home on Yellowstone Drive was built in 1959. “We thought we were really moving up in the world,” Keffer said. (The Gazette, Christian Murdock) 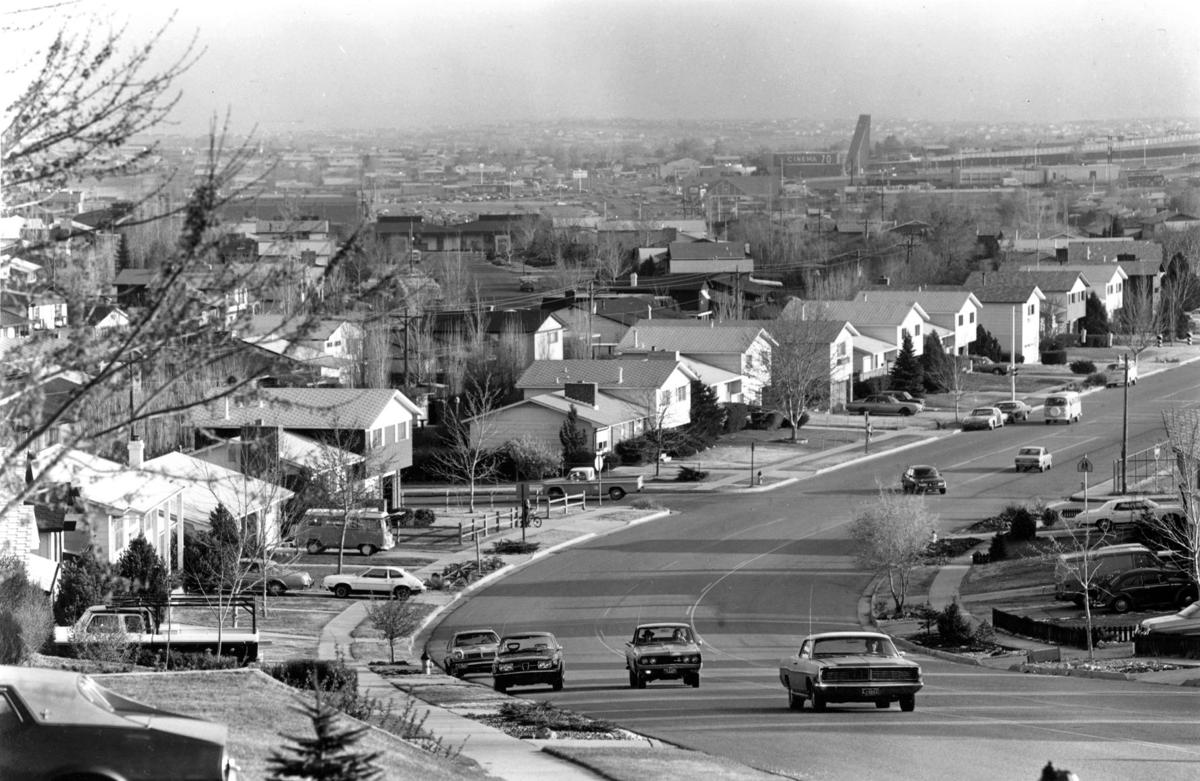 Looking south on North Chelton Road near Palmer Park Blvd in the 1970s the newly built The Citadel mall and the Cinema 70 movie theater can be seen in the background. (Photo courtesy of The Pikes Peak Library District, Special Collections) 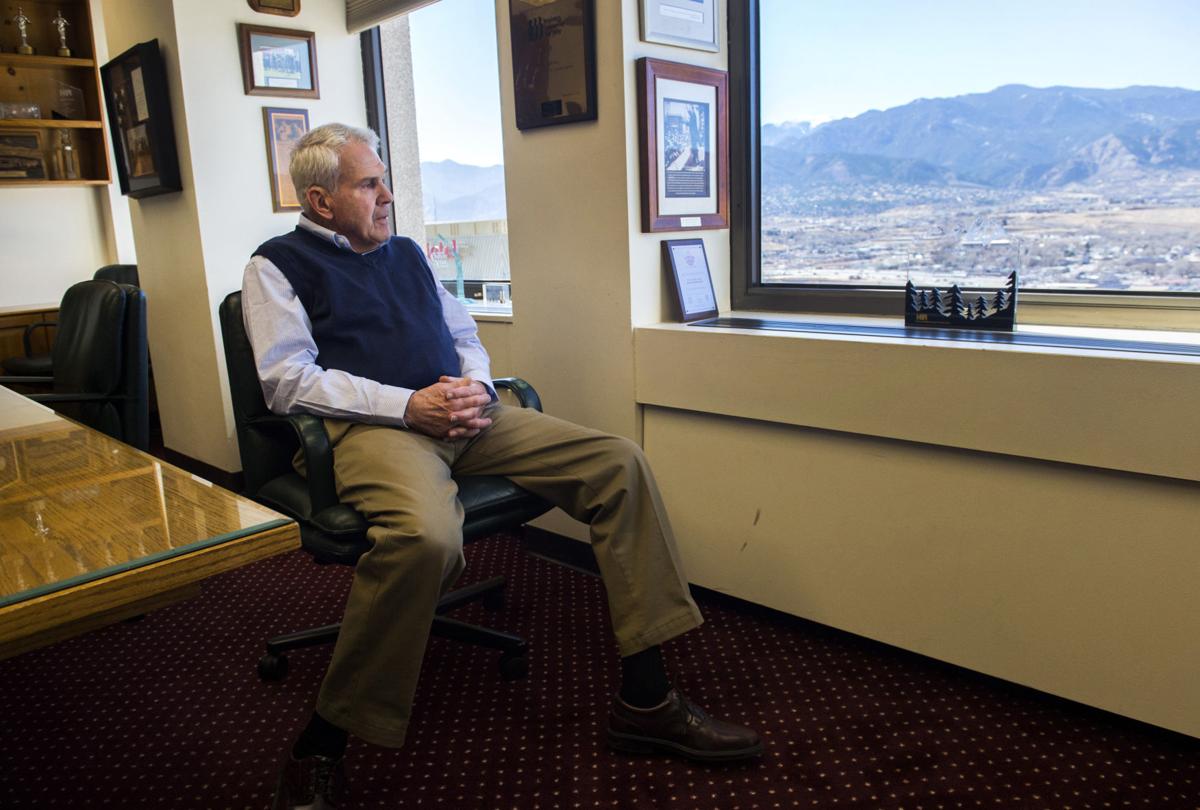 Developer Steve Schuck looks out his office window on the 12th floor of the 1st Bank Building in downtown Colorado Springs Friday, March 4, 2017. Schuck envisioned southeast Colorado Springs becoming a gateway to the city's airport and an industrial and research and development hub when he started building in the area. (The Gazette, Christian Murdock) 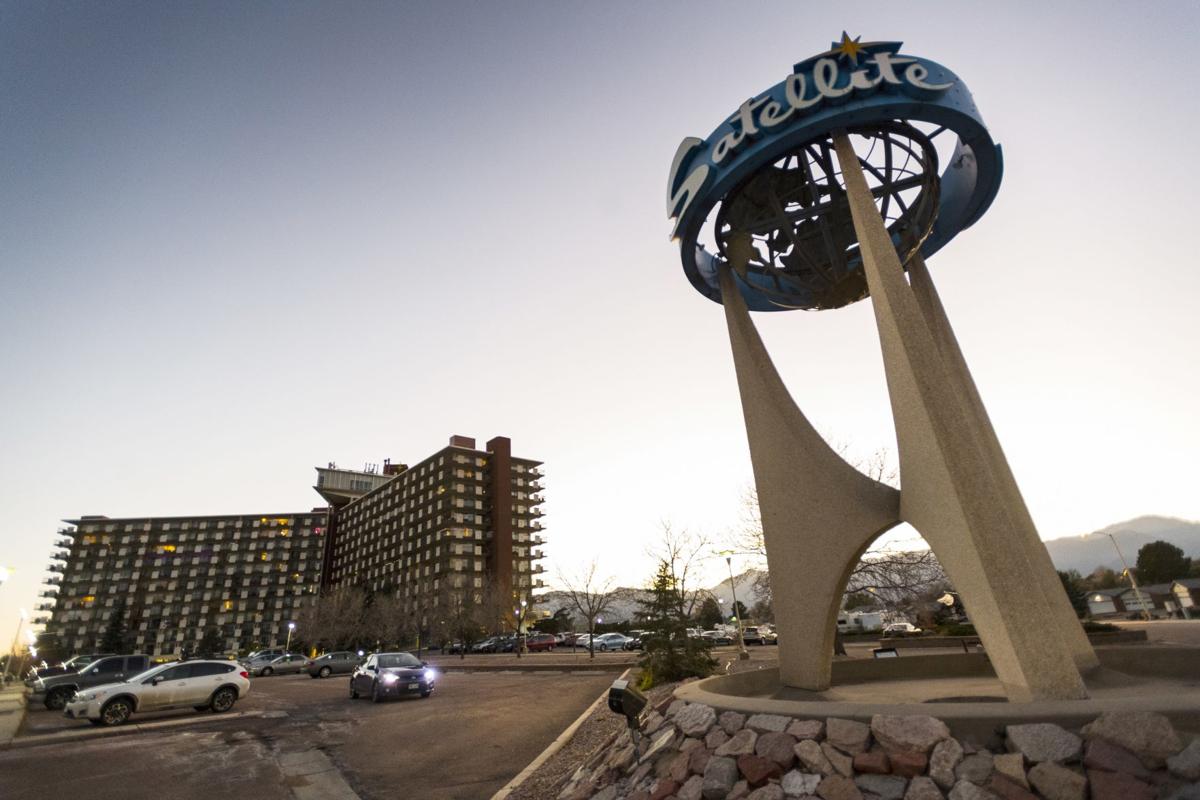 The 14-story Satellite Hotel opened in 1969 on Lakewood Circle. It was the closest hotel to the airport when it was built. Today it’s mostly condominiums. (The Gazette, Christian Murdock) 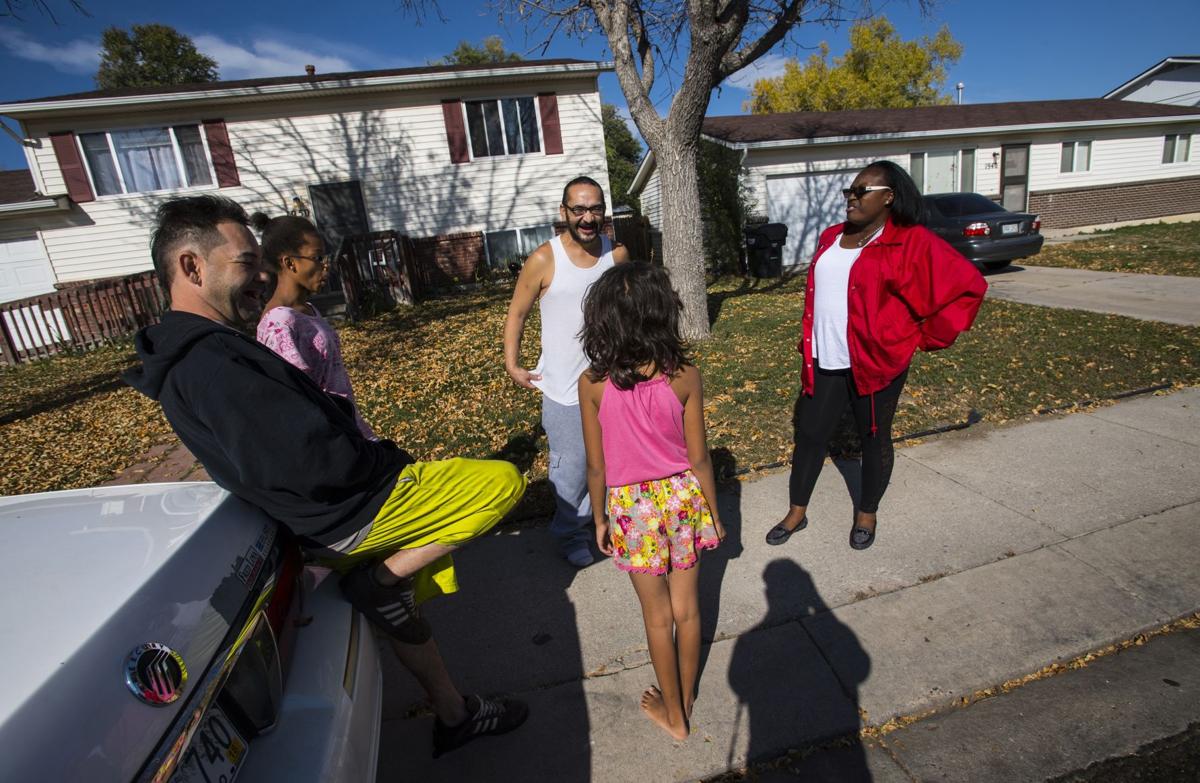 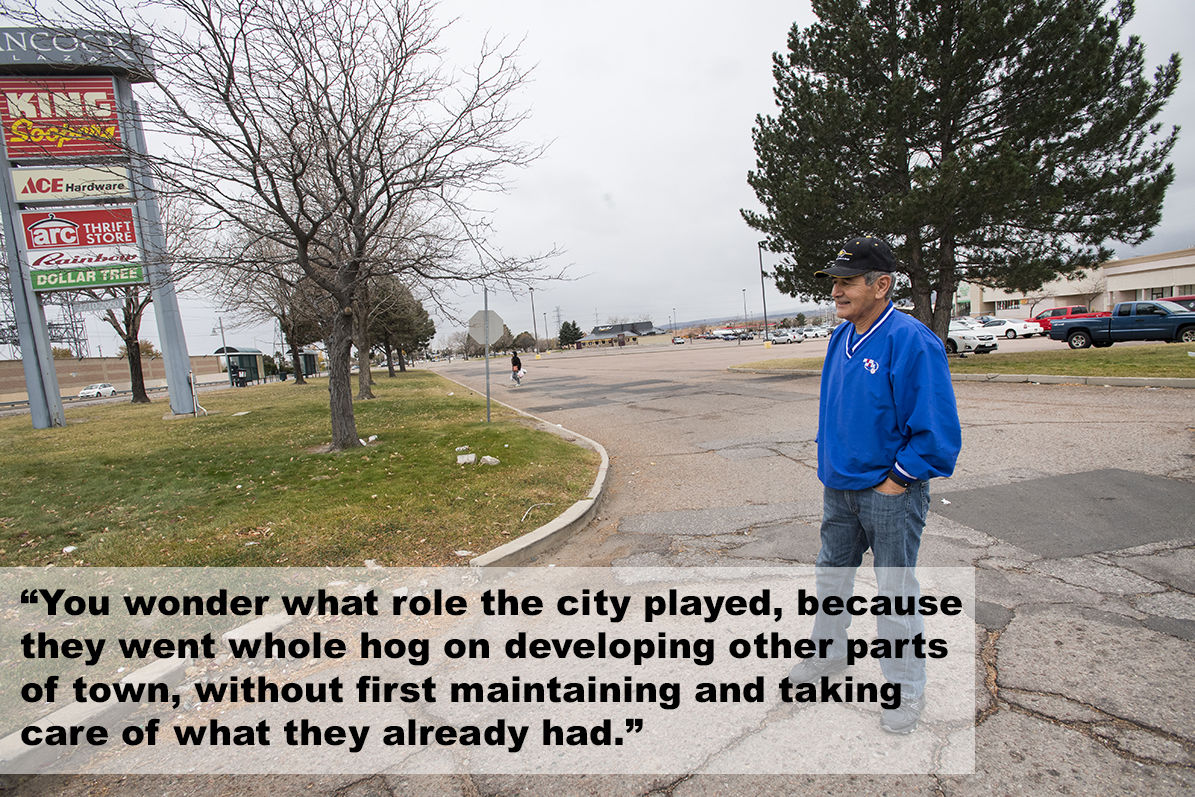 The basketball court at Prairie Grass Park can be busy on a warm Fall Day. Many of the friends who hang out at the park have aspirations of becoming musicians or rappers. Sunday, October 15, 2017. (Photo by Jerilee Bennett/The Gazette)

Colorado Springs is a city rising, its economy jet-fueled by one of the hottest housing markets and lowest unemployment rates in the country. Downtown is on the cusp of a residential and commercial renaissance. Cranes dot the skyline, new hotels are going up and ground has broken on the new U.S. Olympic Museum. To the north and east, new houses are sprouting in the expansive Banning Lewis Ranch.

But not all of Colorado Springs is sharing in these good fortunes. There is a corner of the Springs whose prospects have dimmed as the rest of city’s brightens, where the gap between the haves and the have-nots is stretching.

As much of Colorado Springs resurges, large swaths of southeast Colorado Springs remain gripped by poverty, its hold refusing to yield. In many neighborhoods, the unemployment rate has typically been two to three times that of the rest of the city, according to the most recent available data.