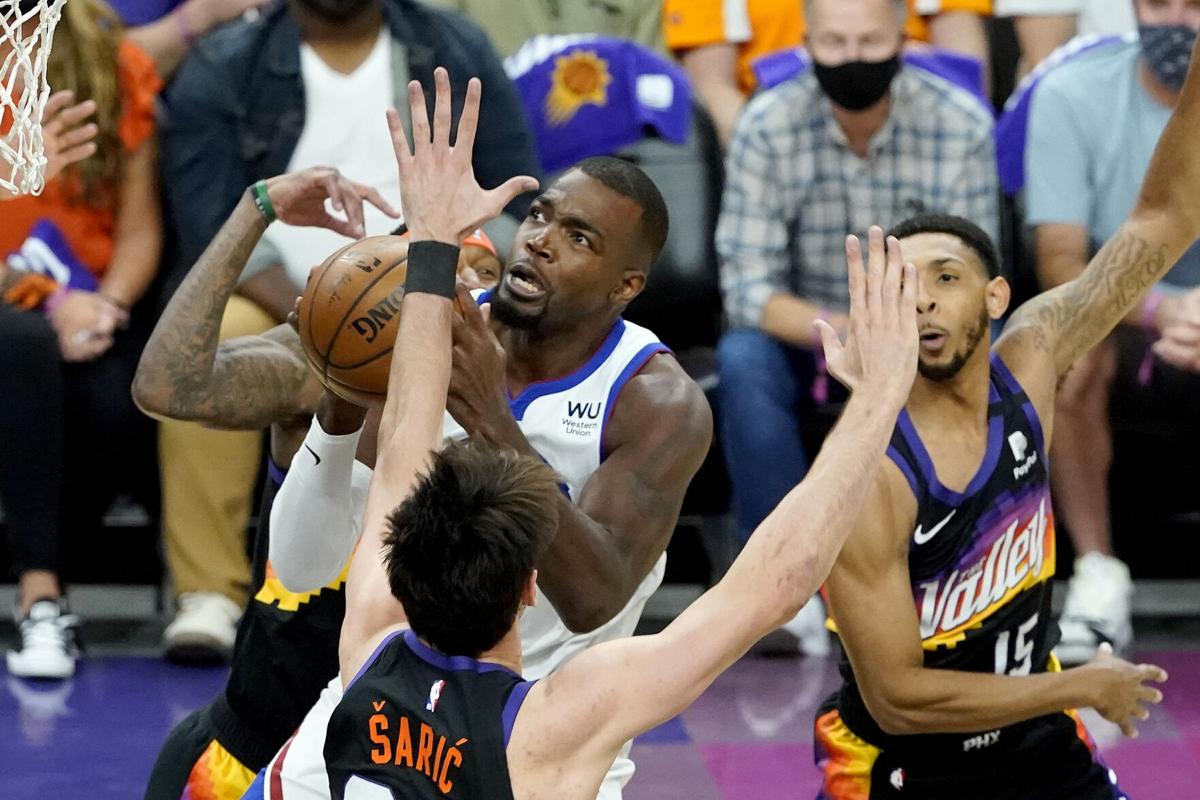 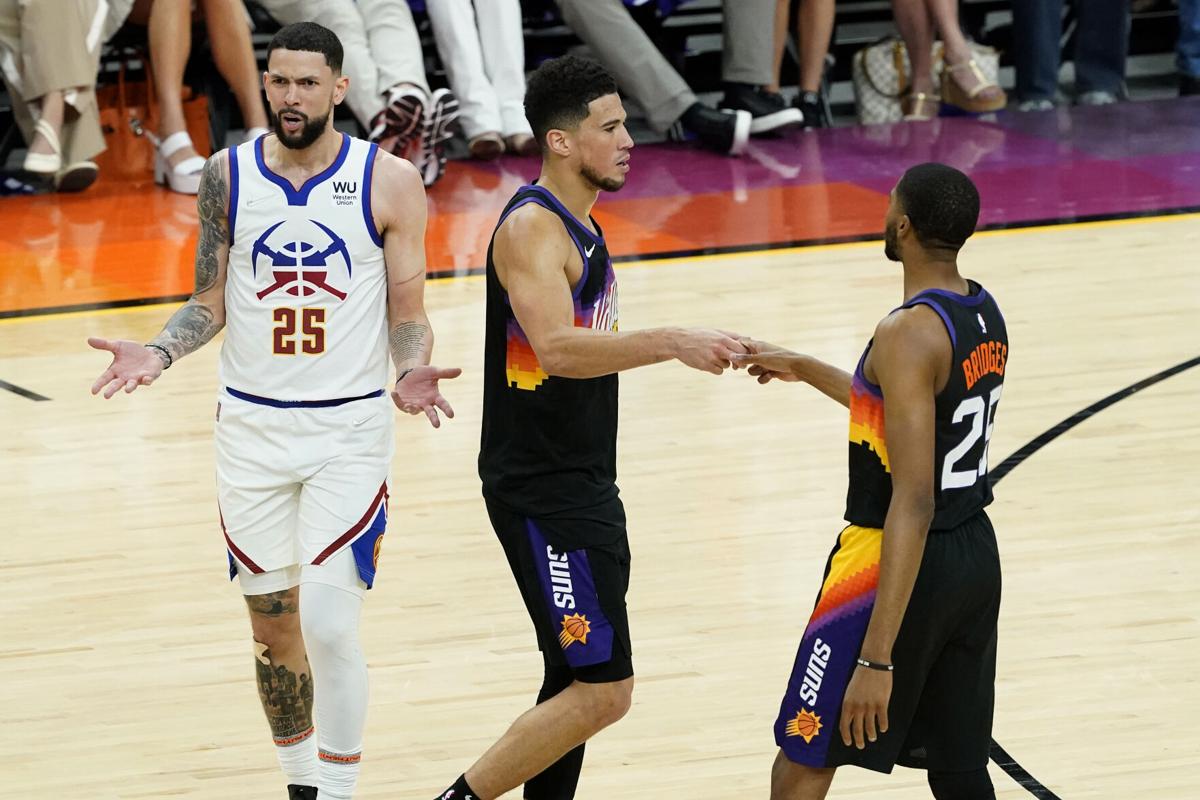 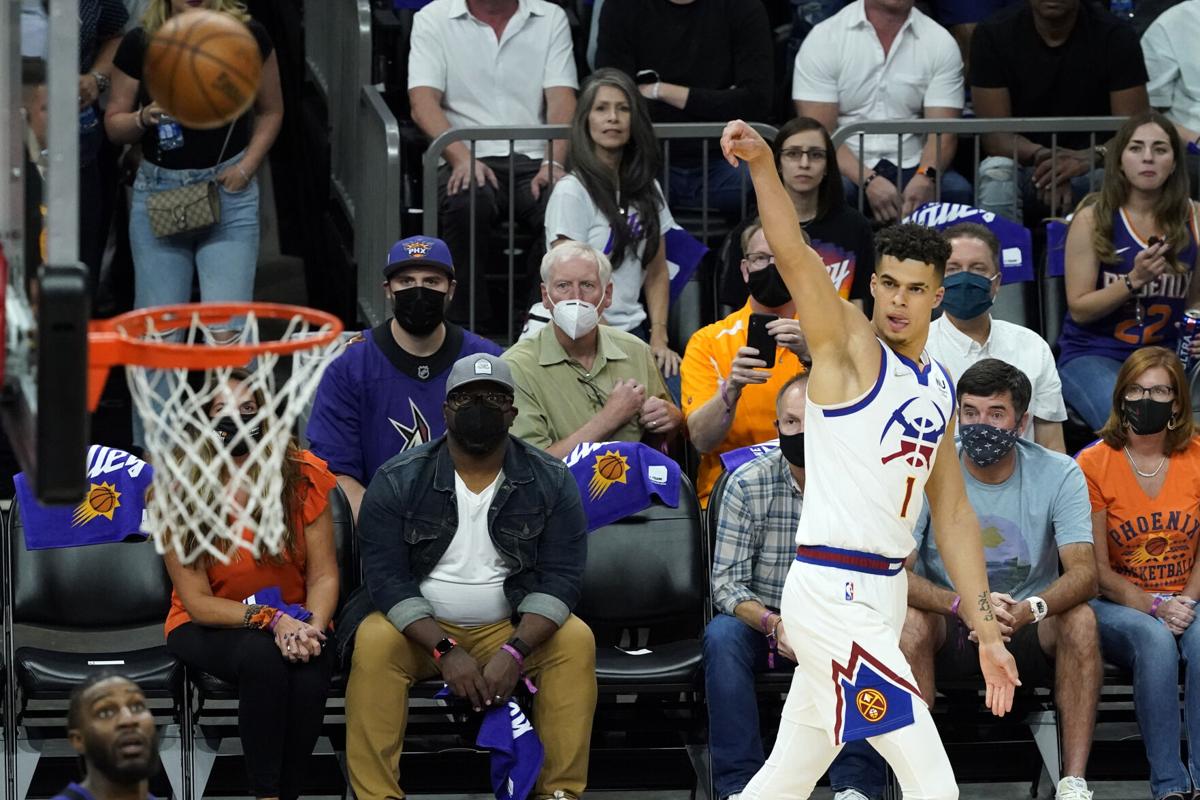 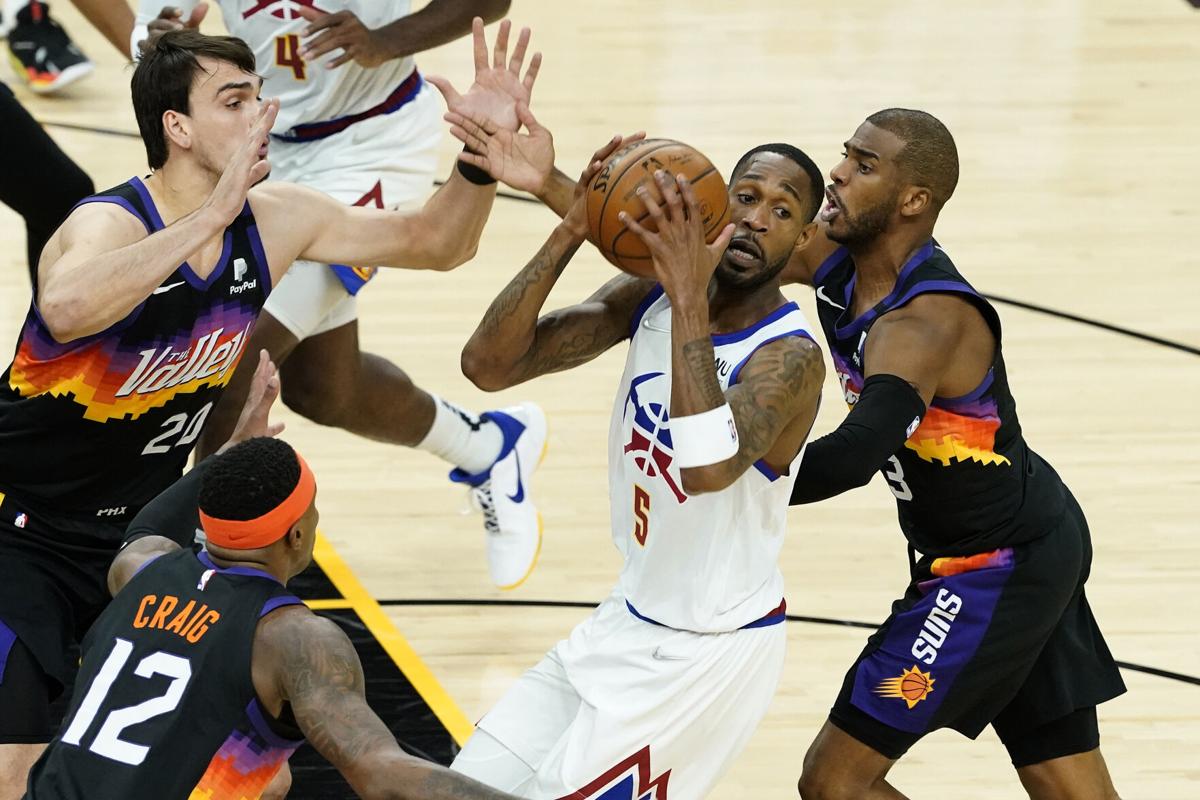 Michael Malone should be ashamed. Perhaps he ought to put on a Bozo suit and suspend himself for a game.

At the very least, if he’s not intending to coach ‘em up, Malone has to get mad and ugly, get a technical and another, get ejected, get out of the arena and allow his second in command, Wes Unseld Jr., or several of the other six assistants to take over the bench and the strategy.

In the fourth quarter, the Nuggets’ coach stood still on the sideline, with arms crossed and eyes glazed, and acted like a man without a plan, a clue and a hope.

Must have been an eventful plane ride home.

This is how you prepare a team? Malone should spend less time coming up with cute T-shirt sayings and brain-burp pregame speeches and concentrate on a solution for the Suns.

The Nuggets-Suns series is over even before the playoffs switch to Denver.

The soft-timber Nuggets don’t belong on the same hardwood with the Suns.

The Nuggets couldn’t even score 100 lousy points in Wednesday night’s second nosh-up by the Suns. The 123-98 score seemed more like a 50-point difference. It was the Nuggets’ worst defeat of the entire season, and it should have been worse.

The turning point was when the Nuggets departed the bus and had to walk through the 100-degree temperature to the building. It was a dry heat and a wet loss.

Anybody who saw the first four minutes of the game recognized that the Nuggets were no-shows, and the coach didn’t know how to counter-attack. Michael Malone and Jared Bednar can tee off next week at some Denver suburb muni and compare their misery.

What an unpleasant way to celebrate Nikola Jokic overwhelmingly being named the NBA’s MVP the day before.

In back-to-back games the Suns had all five starters scoring in double figures, and Chris Paul is not just some old guy doing insurance commercials. He produced 17 points and 15 — count ‘em — 15 assists and didn’t commit a turnover. The Nuggets’ guards only can dream of equaling that effort.

The Nuggets were pathetic, pitiful and painful to watch.

Yes, everybody is reminded that the Nuggets don’t have Jamal Murray, but even with one leg and in those fashionable shorts on the bench, he would have better than those flailing guards. Everybody knows that reserves don’t contribute as much on the road, and the starters don’t shoot as well far away from home.

But, a quality team doesn’t get embarrassed over six consecutive quarters, and the coach doesn’t just stand there and accept the shellacking.

Jokic again went quietly. A line of 24 points, 13 rebounds and six assists was just vegetable garden-variety common. And for the second time, he didn’t overpower Suns young center Deandre Ayton, who finished with 15 points and 10 rebounds.

More so, though, the Nuggets’ guards were zero factors against the Suns for the second game. Facundo Campazzo can’t play a lick, and Austin Rivers and Monte Morris forgot how they played in the Trail Blazers’ series or in high school.

Michael Porter Jr. either has a serious back problem or just has transformed the invisible man.

But they can’t accept all the blame or the shame.

Michael Malone is the coach — reportedly.

The evening was reminiscent of the second in the Indiana Jones movie serial — “The Temple of Doom.’’ It was as if the Suns reached into the Nuggets’ hearts and yanked them out.

And Malone did nothing about it.

Why does he start Campazzo, and why does Malone continue to play him? The Suns are begging Campazzo to shoot from the 3-point line and drive into the busy lane.

Has Malone forgotten that Markus Howard is on the roster? When the Nuggets can’t make a 3-pointer, why not utilize a player who is a scoring engine?

Is Malone saving his timeouts for the day off? If the Nuggets are struggling in opening quarter, and it’s becoming more disgusting in the second period, the coach has to keep calling timeout and switching lineups and matchups.