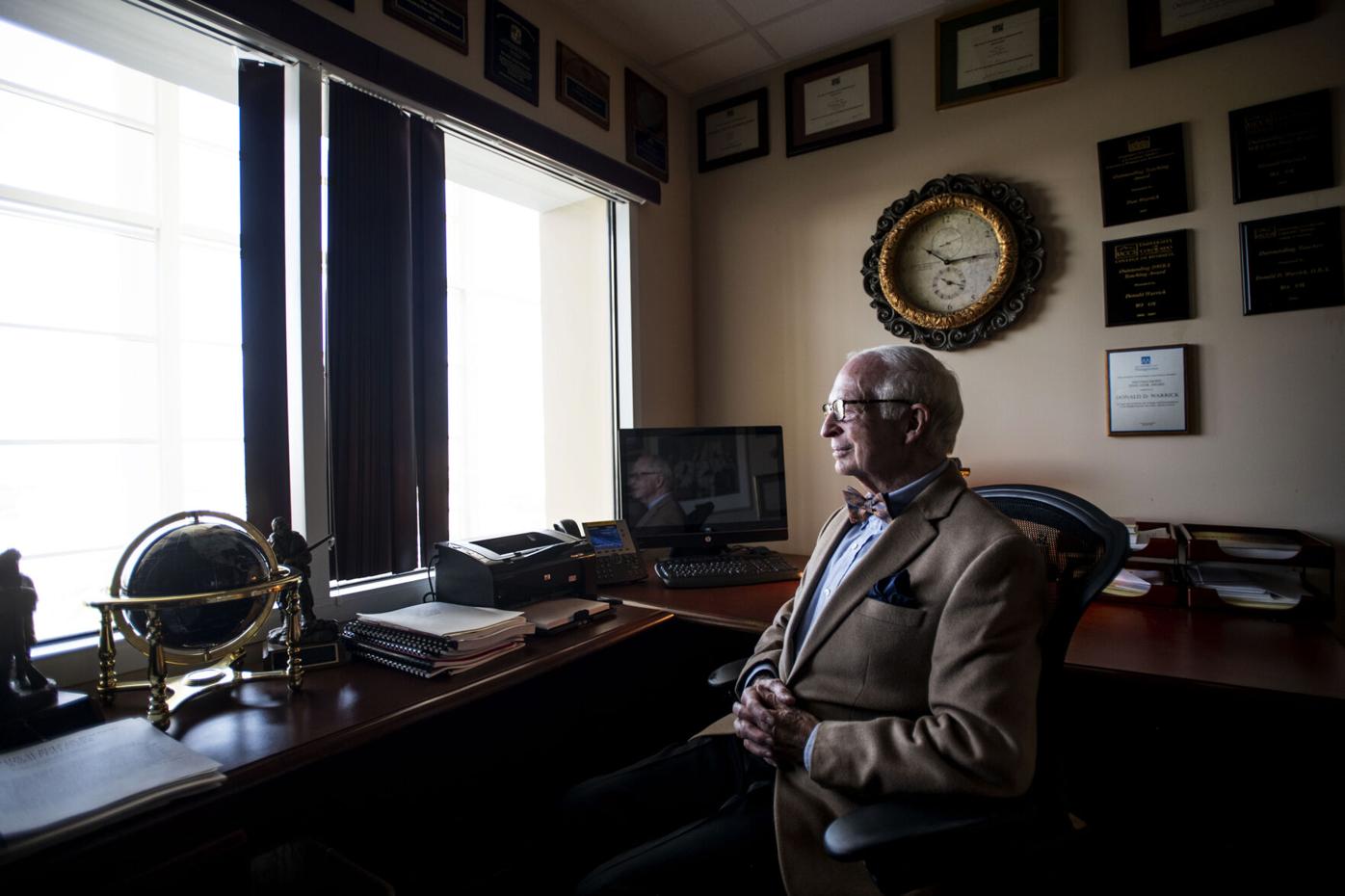 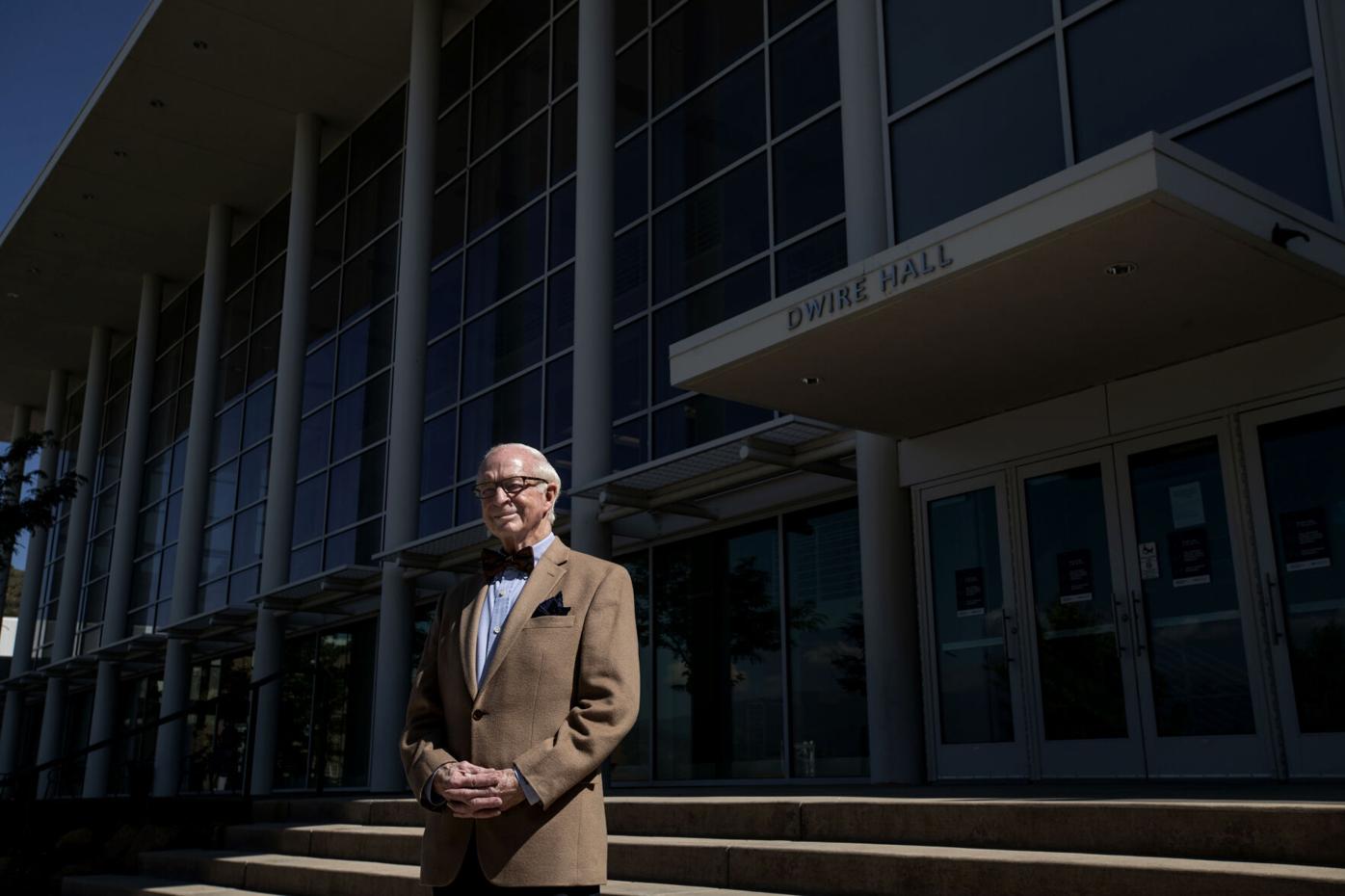 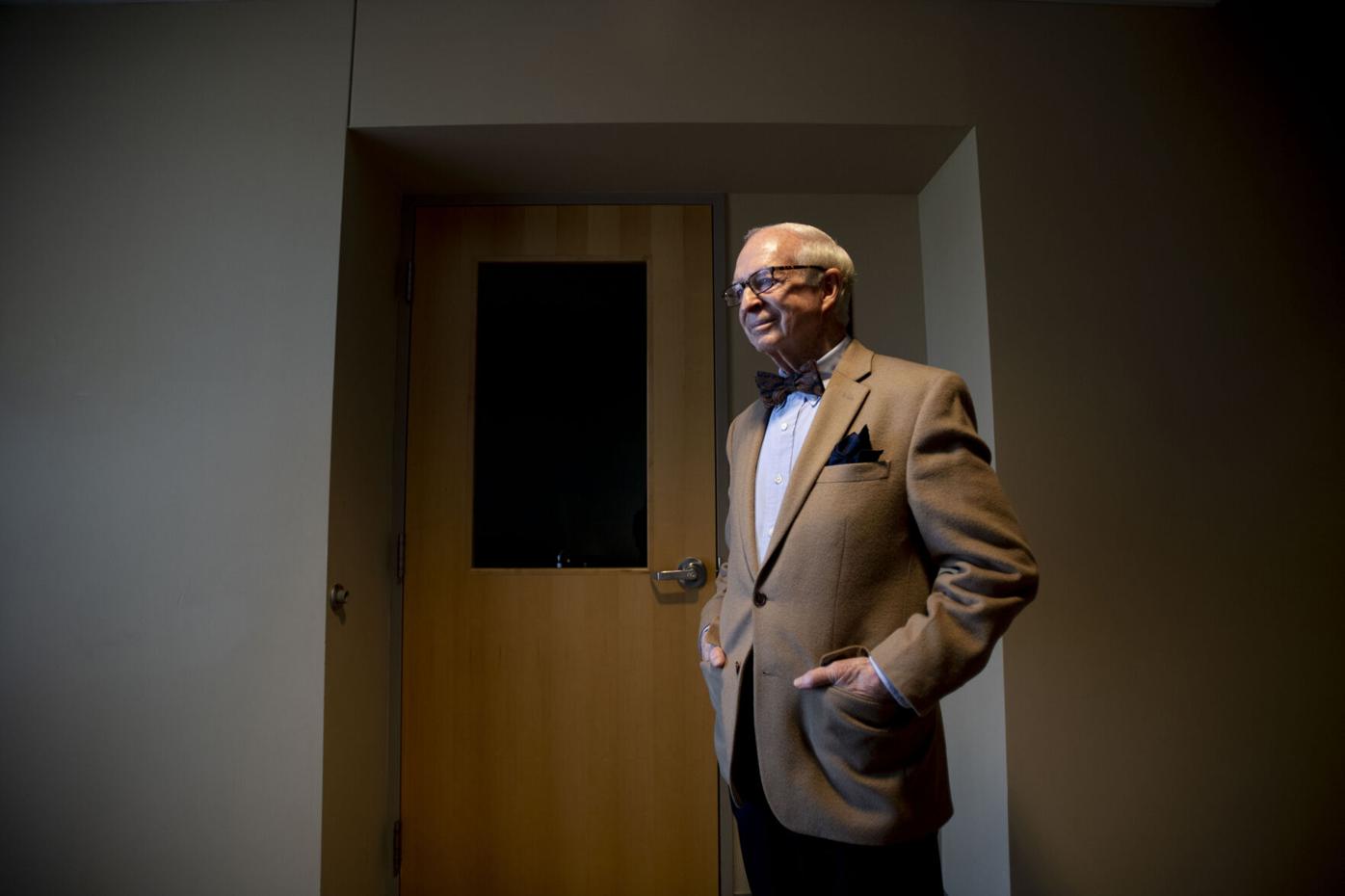 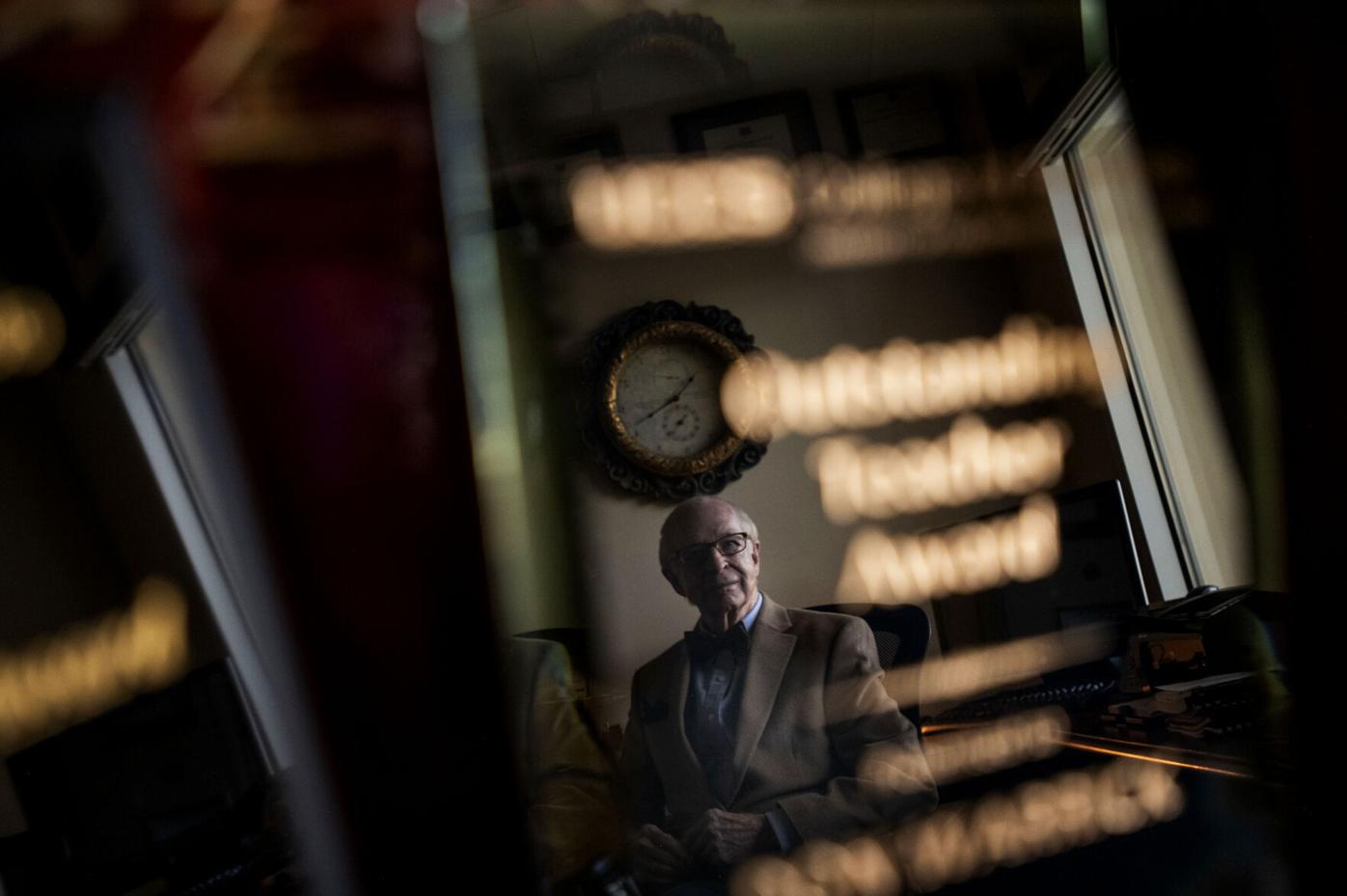 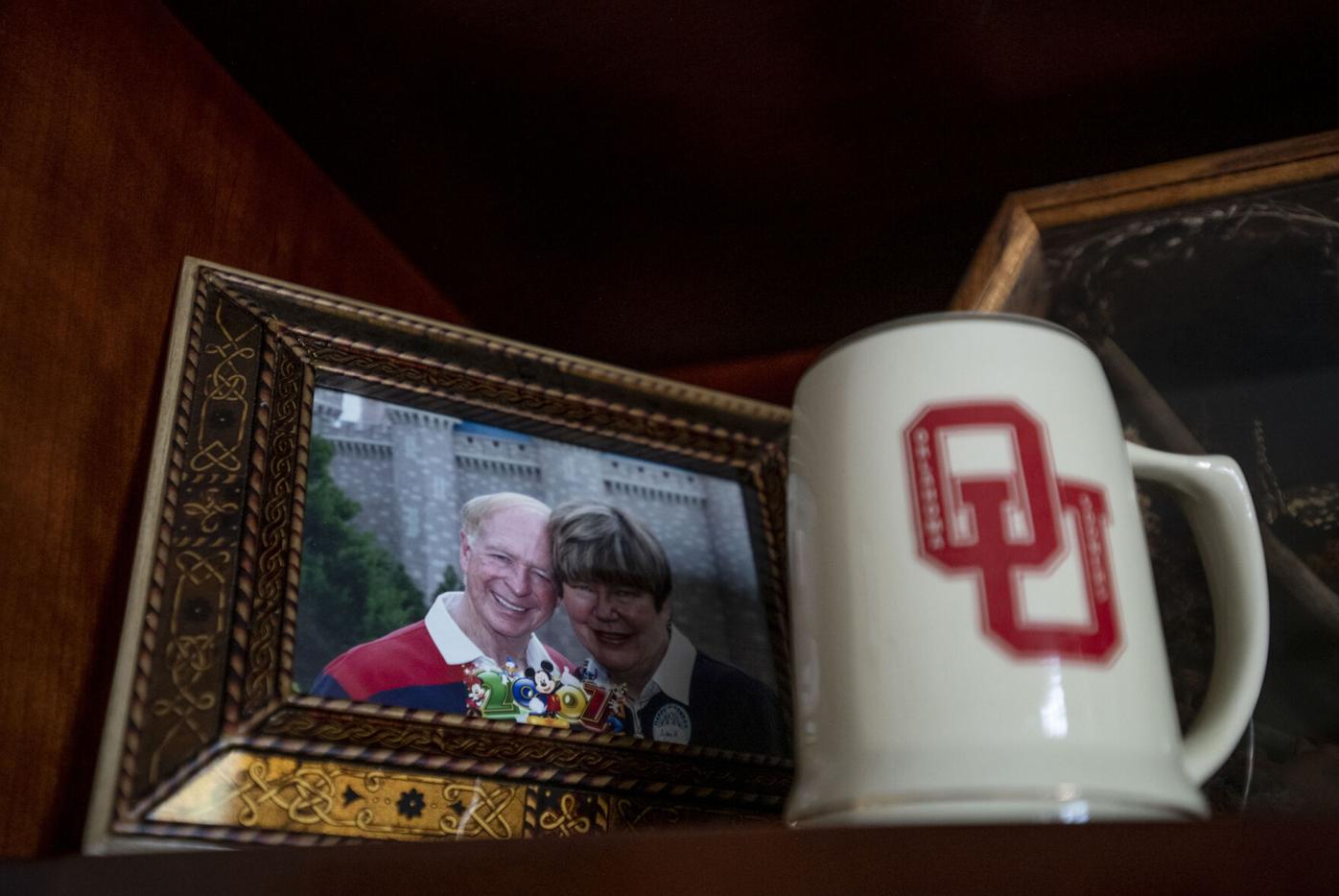 When he started interviewing for a faculty post with the University of Colorado soon after finishing his doctoral degree, Don Warrick thought the job was at the school's Boulder campus.

Only later did Warrick find out the job was at a new campus opened six years earlier in Colorado Springs on the site of a former tuberculosis sanatorium. The campus had just two buildings — Main Hall (which had housed the former Cragmor Sanatorium) and Dwire Hall, which was under construction. UCCS now has more than 70 on its 550-acre campus stretching from Nevada Avenue to Union Boulevard along Austin Bluffs Parkway.

"I thought I would have the opportunity to help build a new university and be involved in everything," said Warrick, 81, who has been a professor of management and organizational change at UCCS for 50 years with his office still in Dwire Hall. "When I started, they told me they would build me a behavioral lab and the facilities director told me I had two hours to design it. It was built to my specifications and we used it for 25 years until it was replaced by office space."

Phil and Ann Winslow: Colorado Springs partnership both at home and in the garage

Warrick might have not made past the starting line of his academic career. He started college at University of Oklahoma on a track scholarship, but returned home after the first semester with a 1.7 grade point average and nearly lost his scholarship.

He pushed harder academically and received bachelor's and master's degrees in business administration there and later a doctoral degree in management from the University of Southern California.

During the past 50 years, Warrick has taught about 10,000 students, including some key business and community leaders in the Colorado Springs area. He has taught the children and the grandchildren of his early students.

He also has worked with another 10,000 people through workshops and consulting engagements with businesses ranging form Bank of America to Hewlett Packard.

"I remember so many things from your classes — going to your home to play games and build relationships, writing an obituary to learn what is really important and mapping out how my time was really spent," Dan Malinaric, the top executive at Microchip Technology's Colorado Springs semiconductor manufacturing plant and one of Warrick's students, said in a message posted on a UCCS site for his former students. "The biggest lesson was that outstanding teams had outstanding results with a special chemistry that set them apart. We did not have to settle for one or the other. Thank you for being such an inspiration to me."

John Gladney, a student of Warrick who now manages air traffic control operations for the Air Force in Europe and Africa, said Warrick "had a massive impact on the trajectory of my life. He forced me to be introspective about my life in a way that I never had before. I keep remembering one question above all others, 'What do you want your legacy to be.' My answer took me off the path I was on and pushed me to give back to the community in more meaningful ways."

Warrick has no plans to slow down, stop teaching or retire.

"I have no desire to do anything different. I will probably keep doing this until they bury me out back. I love (doing) this. What better job is there than influencing young lives," Warrick said. "In my career, I really haven't offered much beyond being a specialist in state-of-the-art common sense. That really sums up everything. It's not rocket science or anything that special, except for state-of-the-art common sense."

Warrick's behavioral lab won national awards and included a classroom — the first one with theater-style seating — an observation room equipped with one-way glass and four linked conference rooms where researchers could study human behavior and group dynamics. The lab was replaced by office space in the mid-1990s, Warrick said, because most faculty were using the experiential learning concepts developed and tested there.

Warrick started out teaching organizational behavior, both at the undergraduate and graduate level. His best-known class — called leading and managing in changing times — has been a required class in the UCCS College of Business master's of business administration program for 50 years, meaning anyone with a UCCS MBA has taken that class. He also created a class in organizational development and change, an emerging field of study in the early 1970s.

"I still teach those classes today," Warrick said. "What has changed in the past 50 years is technology. A lot of technology is available for teaching but I try to keep my classes simple and straight-forward with as little busy work as possible. I try to use technology wisely.

"The other difference I see the environment in which students have grown up has changed dramatically, especially with values and the impact of character," Warrick continued. "I am trying to bring that back. My classes are very character and values driven. I try to instill in students a strong desire to make a difference rather than being self-consumed."

The values Warrick stresses in all of his classes include a commitment to making a difference, setting an example others will follow, uplifting those around you, always giving your best and turning difficulties into opportunities. He also emphasizes that his students must take responsibility for their behavior rather than acting like a victim of their circumstances — good or bad.

"The reason I have such a passion for teaching and consulting is that I am dedicated to preparing leaders. You can build healthy, high-performing organizations where people in them can flourish. I have the platform to do that," Warrick said. "It pays to do things right and costs when you don't. When organizations do things right — treat people well and take care of customers and lead with integrity, over a 10-year period their performance by most indicators is seven times the industry average."

Besides his teaching and consulting work, Warrick has written nine books, published more than 90 articles, book chapters and professional papers. He also served on the search committee for Karen Markel, who was hired in 2020 as dean of the UCCS College of Business, and several other search committees, helped organize the Chancellor's Leadership Group in 2013 and helped to redesign the UCCS executive MBA program in 2012.

Warrick gives much of the credit for his success to his wife, Anna, who he said has been "a huge influence. She has been involved in my consulting, book and article writing, teaching and every aspect of my career. She was the manager of the Broadmoor Agency (real estate firm) and decided to dedicate her life to being a team with me in raising our three children and all of my professional activities."

Warrick's goal has always been to make a difference — he believes that those who have that mindset always find an opportunity to have an impact.

Now, UCCS is developing the Warrick Endowment for Excellence in Leadership, Teaching the Culture to hire a professor dedicated to developing leaders and promoting excellence in leadership, teaching and culture, to cultivate culture "makers, not breakers" and developing faculty committed to teaching excellence. The school is trying to raise up to $500,000 through donations from alumni and community philanthropy to fund the effort.

"When I first got the call to meet with the chancellor, I thought I was in trouble or they wanted me to retire. I even had my wife drive me to campus in case the news was bad," Warrick said. "When he said they were going to create an endowment in my name, I was stunned and speechless. When I got back to the car, tears were streaming down my face. I was overwhelmed and had a hard time imagining that it" was happening.

Markel, the business school dean Warrick helped select, called the endowment "a wonderful way to commemorate his achievements and ensure his impact on UCCS endures well beyond the 50-year mark."

Those who aren't UCCS students can get a taste of his teaching during a breakfast seminar from 7:30-9 a.m. Aug. 17 at the UCCS Downtown campus, 102 S. Tejon St., Suite 105-a, on “Committing to Personal Excellence.”

Beginning next fall, Colorado College will expand its scholarship program for in-state students by increasing qualification to families earnin…