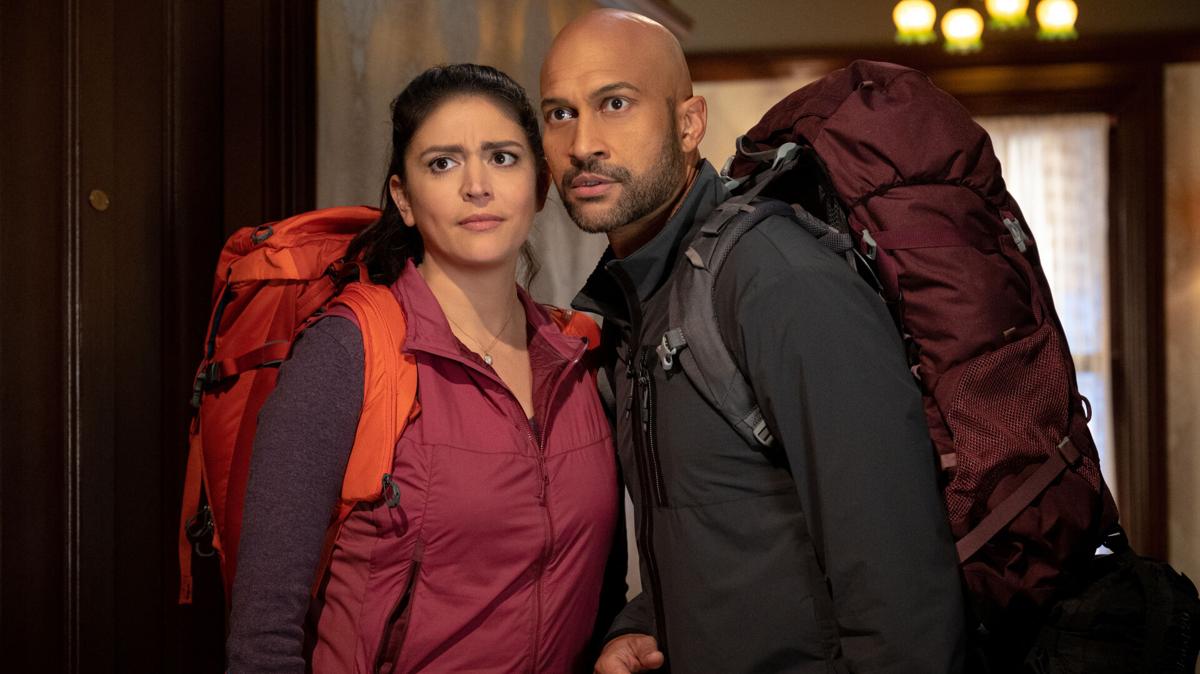 The premise: Melissa (Cecily Strong) and Josh (Keegan-Michael Key) are a couple on a backpacking trip designed to reinvigorate their relationship when they discover a magical town in which everyone is living in a studio musical from the 1940s.

The series was created by Cinco Paul and Ken Daurio, the screenwriters behind the “Despicable Me” film series, “Dr. Seuss’s The Lorax” and “The Secret Life of Pets.”

Highs: Have you ever watched a musical and wondered why people are constantly breaking into song while flawlessly executing intricate dance routines? Now imagine that happening unexpectedly right in front of you. You’d probably be a bit shocked, curious as to what the heck was going on and maybe even have a laugh.

That’s the exact reaction that longtime couple Melissa and Josh have when they stumble across the oddly named town Schmigadoon. Melissa embraces the town. She recognizes it’s a bit goofy but enjoys the silliness of this unusual place where people sing about ridiculous things like corn pudding. Josh, however, can’t stand musicals.

After a song about some of the essential characters in town, the pair try to leave but quickly realize they’re stuck as the bridge out of town takes them right back to Schmigadoon. A leprechaun tells them they can’t leave until they find “true love.” This makes the couple, who have been dating for years, seriously doubt their relationship.

The six-episode season tracks the ups and downs of Josh and Melissa as they each learn more about themselves and grow as people. All the while, the colorful characters of Schmigadoon help them on their journey, with ridiculous and hilarious results.

Each episode begins with a flashback to a time in Josh and Melissa’s life before Schmigadoon. We see how the pair met, fell in love and some of the highs and lows in their relationship. Josh and Melissa are immensely relatable. They’re funny and likable, with odd quirks that make it easy to understand why they could get annoyed with each other sometimes. In other words, they’re just like a real couple.

Strong and Key have great chemistry and are quite charismatic. You’ll be rooting for the two to figure things out, even when they both act on their attraction to others in Schmigadoon. And they certainly have a goofy cast of characters keeping them occupied.

As you might expect in a musical, there’s plenty of singing going on in Schmigadoon and if you’re a fan of the genre, you’re going to love the songs. Lyrics are clever, humorous and often endearing. A parody of “Do-Re-Mi” from “The Sound of Music” is laugh out loud funny and musical Easter eggs abound if you listen closely.

Lows: Some viewers of “Schmigadoon!” will react just like Josh when he walked into town. They’ll hear singing and watch people dancing and turn the channel. Musicals can be a niche genre, but I watched it with my skeptical wife, who doesn’t care for them, and she enjoyed this series. Even if you don’t usually like musicals, I suggest giving this show a shot.

Grade: (A+): Much like its Apple TV+ counterpart “Ted Lasso,” this is a series that’s optimistic and uplifting. “Schmigadoon!” is a brilliant and unique program that’s well worth your time.

Music, joy and diversity rule the neighborhood 'In the Heights' | Film Review

This new film, which at times can feel like a modern day “West Side Story,” is fantastic experience.