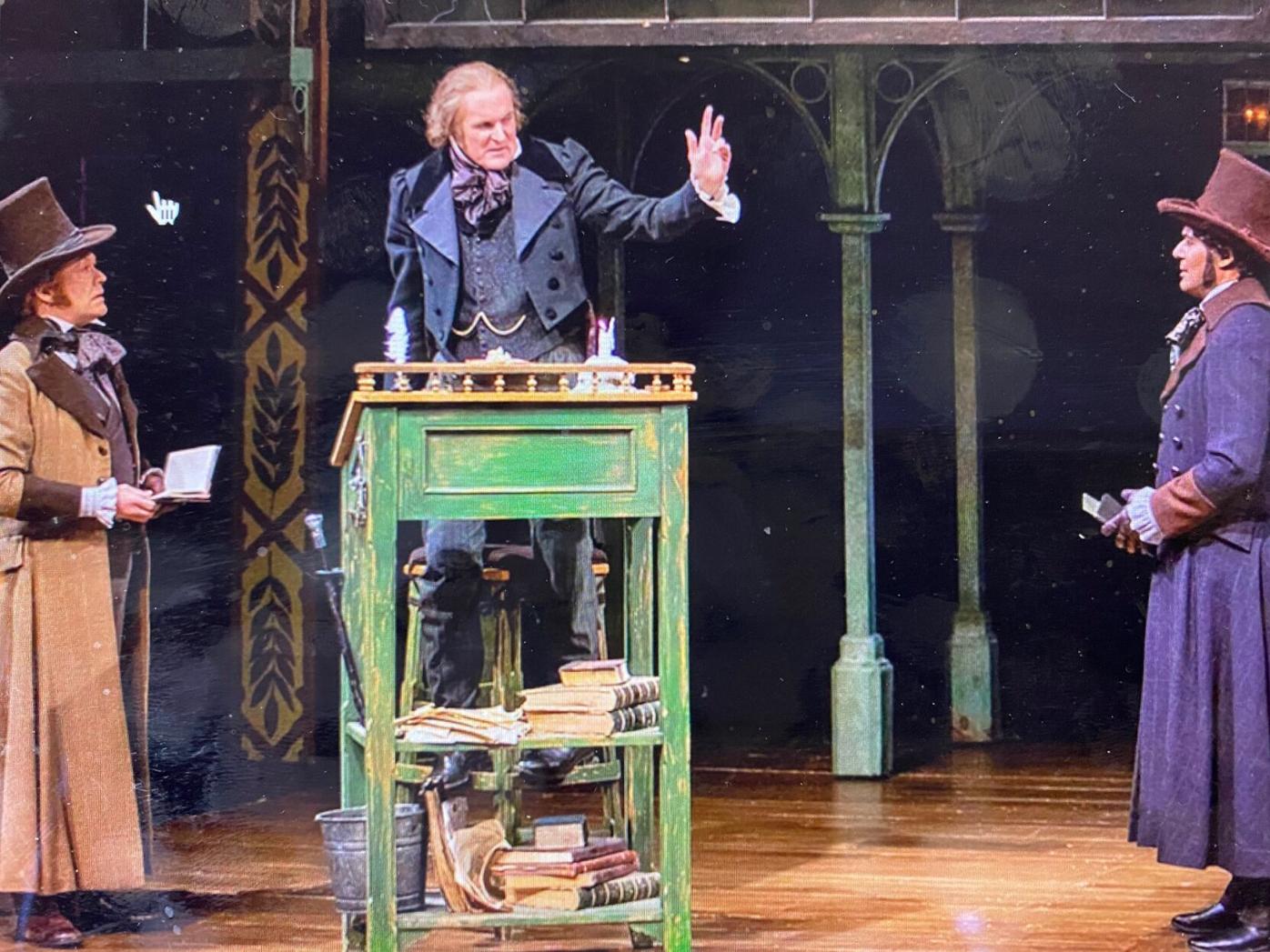 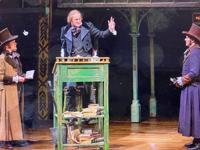 Sam Gregory has played Scrooge for the Denver Center for the Performing Arts’ “A Christmas Carol” since 2016. The holiday favorite officially starts Nov. 26 and runs through Dec. 26. 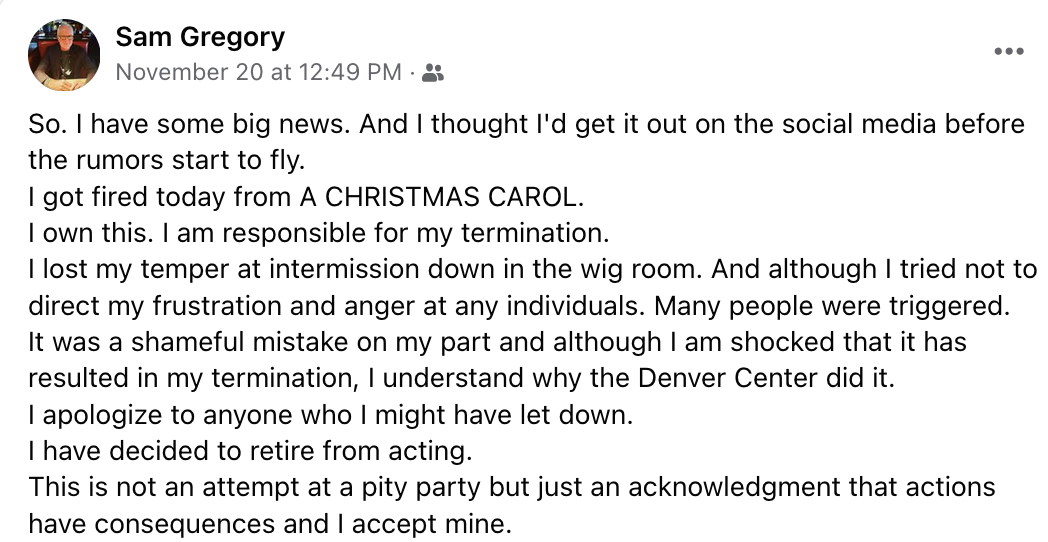 On his Facebook page Saturday, actor Sam Gregory explained why he was fired as Scrooge for this season’s Denver Center Theatre production of “A Christmas Carol.”

Unlike Scrooge, Gregory, who portrayed the miserly boss from "A Christmas Carol" for a local theater company, will not get a second chance.

The Denver Center for the Performing Arts fired Gregory over the weekend under its new zero tolerance policy for misbehavior.

According to his Facebook page, Gregory reported he was fired from "A Christmas Carol" before Friday's preview performance when he lost his temper with the person who helps him change clothes and wigs between scenes. It happened, he explained, in the wig room at intermission.

"It was a shameful mistake on my part and although I am shocked that it has resulted in my termination, I understand why the Denver Center did it," Gregory wrote.

In his social media post, Gregory apologized for his actions and then announced his retirement from acting altogether.

Gregory has been a familiar face in the local theater scene, performing in about 50 shows since 1992, including "King Lear," "A Midsummer Night’s Dream," "Amadeus" and "The Sweetest Swing in Baseball." He landed the role of Scrooge in 2016 and has been performing in the company's annual holiday play ever since. Gregory’s termination from "A Christmas Carol" comes as the Denver Center is poised to raise the curtain on its newly renovated Marvin and Judi Wolf Theatre.

Gregory’s departure Saturday, just a day after the theater company returned to live performances for the first time since March 2020, was a bold and perhaps surprising move by the Denver Center. Understudy Timothy McCracken took Gregory’s place, performing the role of Scrooge on Saturday and Sunday, and will continue as Scrooge "until further notice," spokeswoman Brittany Gutierrez said.

When asked about Gregory’s departure, Gutierrez said: "It is DCPA policy to not discuss company personnel matters."

The Denver Center's Broadway Division hosts national productions like "The Lion King," but it also has an in-house theater company that produces its own plays and musicals, including "A Christmas Carol," which has been a popular favorite every holiday season for three decades.

The Denver Center's Community Report from the 2018-19 season shows that its theater productions grossed nearly $5.4 million. There are no breakouts for specific shows in the report.

2021 holiday events in and around the Colorado Springs area

Still, "A Christmas Carol" is one of the Denver Center's biggest moneymakers. The departure of one of its celebrated stars is sure to be a setback for the company, which has been shuttered for two years because of the pandemic and also as it completed its renovation.

"A Christmas Carol" is a five-week show that usually sells out the 610-person facility with at least 50 performances a season. Even though he is now gone, Gregory's Scrooge is featured in promotional advertisements for this season's show.

The Denver Center gives a glimpse of its organizational values on the front page of its 2018-19 Community Report, including a pledge to act with integrity and to advance equity, diversity and inclusion.

Also in the report, under the heading "At The Denver Center We Believe," is a list that includes the phrases: "All people are equal," "Differences are Valued" and "Discussion is Encouraged."

The official opening of "A Christmas Carol" is Friday. The show runs through Dec. 26.

“Christmas Scheming…or…Sittin’ on the Dock of the eBay" opens Friday at Iron Springs Chateau and runs through Dec. 23. Set on Christmas Eve at The North Pole-Santa’s Workshop in Cascade, two elves are distraught to find the toy warehouse running on empty. And they're suspicious of two of their fellow elves, who are acting oddly. But this is a melodrama, which means happy endings for all. The 40-minute show is followed by an olio, with song, dance and jokes.