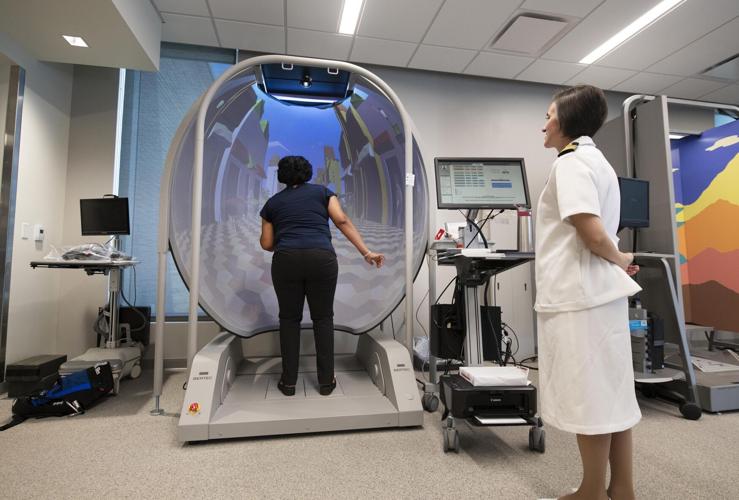 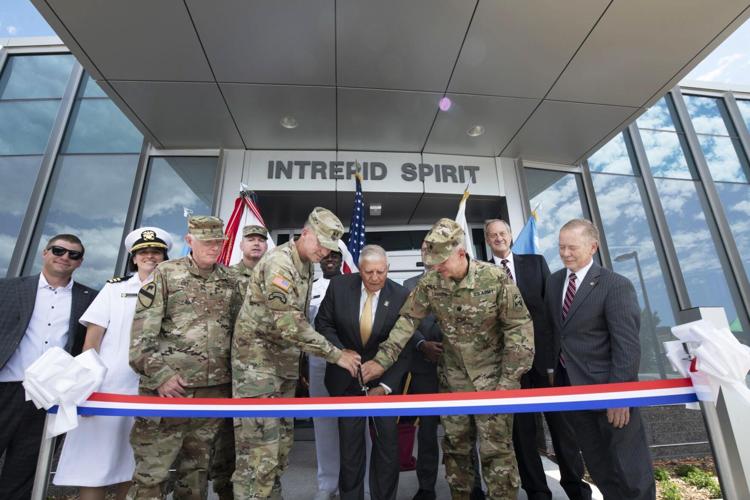 With the start of the war in Iraq in 2003 came a growing awareness of traumatic brain injury — TBI — that often resulted from enemy use of roadside bombs, IEDs. Over the past two decades, U.S. forces have suffered some 454,000 cases of TBI.

But progress is being made not just in treating those veterans, but in actually returning brain-wounded troops to duty and to normal life.

The 25,000-square-foot center is equipped with state-of-the-art technology, including a Bertec simulator that creates a virtual-reality treatment for symptoms like vertigo and imbalance that are common in TBI.

Other symptoms are headaches, difficulty concentrating, memory loss, irritability, mood swings, sleep disorder and vision and hearing issues. Treatments range from high-tech to low-tech therapies such as art and music. “Our model is interdisciplinary; the patient is a primary driver,” says Tappitake.

The vast majority of cases, whether suffered during battle, training or noncombat accidents, are considered mild or moderate, with symptoms disappearing within hours or days. But for the less than 1% with severe or penetrating injuries, challenges are daunting.

That was true for Lt. Col. George Lambos with the Army’s 100th Missile Defense Brigade, who spoke at the opening. Lambos suffered a critical brain injury in 2019 when his car was slammed by a speeding vehicle in Colorado Springs.

Lambos was unconscious for weeks with damage to the frontal lobe and would need to recover basic skills of walking, talking and swallowing. After treatment at temporary facilities, he has returned to commanding a unit.

“They’re very supportive and caring,” Lambos said of the center’s staff. “They treated me like a soldier, not a victim.”

“Our focus is always on return to duty, return to life,” said Tappitake.

During the outpatient process, patients become part of a group experience with other patients. “People that start a group finish all together and have peer support,” she adds.

Some 94% of those patients return to duty, according to Gen. Richard A. Cody, director of the Intrepid Fallen Heroes Fund, a not-for-profit that funded the center’s construction. New York-based IFHF has worked to raise $100 million to build “centers of excellence” to diagnose and treat TBI and post-traumatic stress. After completion, the fund gifts each center to the Department of Defense for operation.