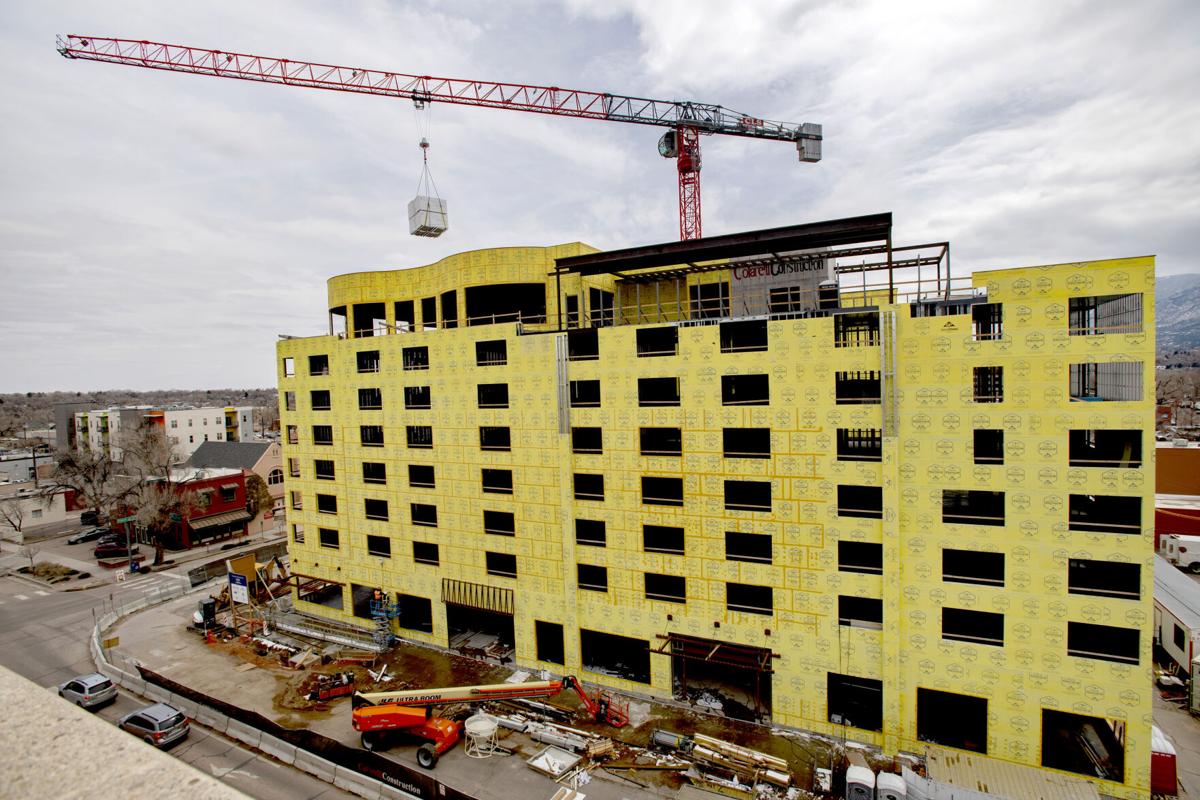 A crane lifts supplies to the roof of the new Marriott-branded Element Hotel and Springhill Suites on Tejon Street in Colorado Springs Wednesday, April 21, 2021. Downtown Colorado Springs faired better than many cities coming out of COVID-19 pandemic because of the new hotel and apartment construction as well as the number of new businesses that opened in 2020. The downtown area saw ten major construction or renovation projects valued at $500,000 or more. (The Gazette, Christian Murdock) 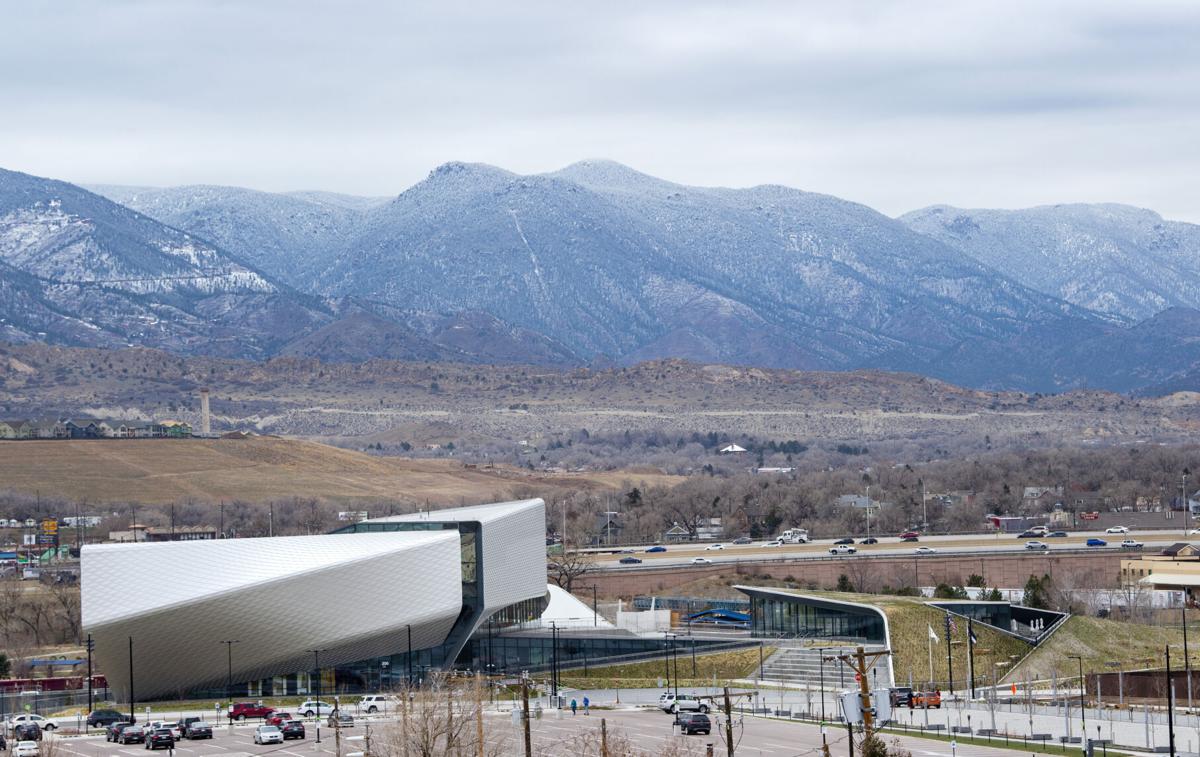 A crane lifts supplies to the roof of the new Marriott-branded Element Hotel and Springhill Suites on Tejon Street in Colorado Springs Wednesday, April 21, 2021. Downtown Colorado Springs faired better than many cities coming out of COVID-19 pandemic because of the new hotel and apartment construction as well as the number of new businesses that opened in 2020. The downtown area saw ten major construction or renovation projects valued at $500,000 or more. (The Gazette, Christian Murdock)

Downtown Colorado Springs took some hits during the COVID-19 pandemic, but has emerged far stronger than most observers expected after many office employers sent workers home to work for the past year.

Although downtown sales tax revenue was down 20%, retail vacancy rates rose and hotel occupancy declined, more storefront businesses opened last year than closed, apartment and hotel construction boomed, overall investment in downtown projects grew by 18% to $1.7 billion, and two high-profile sports venues are poised to open later this year. Downtown leaders are calling that a major win, especially when compared with other cities that had many buildings boarded up during the pandemic.

Businesses that opened, closed in downtown Colorado Springs in 2020

"If you had asked me a year ago, when the depths of my concern were most intense, that the tenacity of our small businesses and the support programs we and others developed to help them would sustain the strong continued interest in downtown as a hot market, I would have been surprised," Susan Edmondson, CEO of Downtown Partnership, said during an interview before her State of Downtown presentation. "We have fared better than any of us could have expected a year ago at this time."

Visitors to downtown, excluding tourists, have recovered to 77% of the level reached at the same date two years ago, before the COVID-19 pandemic forced many businesses to close for more than a month last spring and led to continuing restrictions on how many customers they could accommodate for much of 2020. But downtown still has a long way to go to fully recover — just 48% of office workers had returned to their workplaces as of earlier this month.

Downtown's long-term future looks promising to Edmondson, based on a 20% increase last year in the number of land use permits reviewed by the city's Planning Department to 75 and a 26.4% increase last year in the value of building permits issued for downtown projects to $158 million. Ten major construction or renovation projects valued at $500,000 or more are under construction and plans for nine more have been announced.

Some of the highlights in the Downtown Partnership State of Downtown presentation include:

• Nearly 3,000 apartment units have been completed, under construction or announced in the past five years, and the downtown is on pace for 4,000 new or renovated units in 10 years (2016-2025). Plans for at least 1,000 of those units were announced in 2020, a year that also featured the record-setting sale of the Blue Dot Place apartments and average asking rents rise to nearly $1,500 a month.

• The number of hotel rooms in the downtown area will have doubled in four years to more than 1,100 by the end of next year with the completion of the Hilton Garden Inn in 2019, Kinship Landing earlier this year, the Hyatt Place later this year and the dual Marriott-branded Element Hotel and SpringHill Suites scheduled for completion next year. Downtown hotels last year had a higher occupancy rate and revenue per available room than the citywide averages.

• Vacancy rates downtown were 5.2% for retail space and 4.1% for office space, similar to the city-wide retail vacancy rate and about half of the citywide office vacancy rate. Rents for both types of property rose, with retail rental rates surpassing the citywide average. Edmondson said downtown remains well-positioned in the office market despite looming changes in how and where employees work after the pandemic ends. That's because the area was not overbuilt heading into the pandemic and remains a popular place to live and work.

• The opening of the U.S. Olympic and Paralympic Museum on the west edge of downtown last year, Weidner Field on the south end of downtown this spring and the Ed Robson Arena on the campus of Colorado College this fall are expected to attract crowds to the area for years to come. All three projects are part of the City for Champions initiative that made state tax breaks available to help finance them.