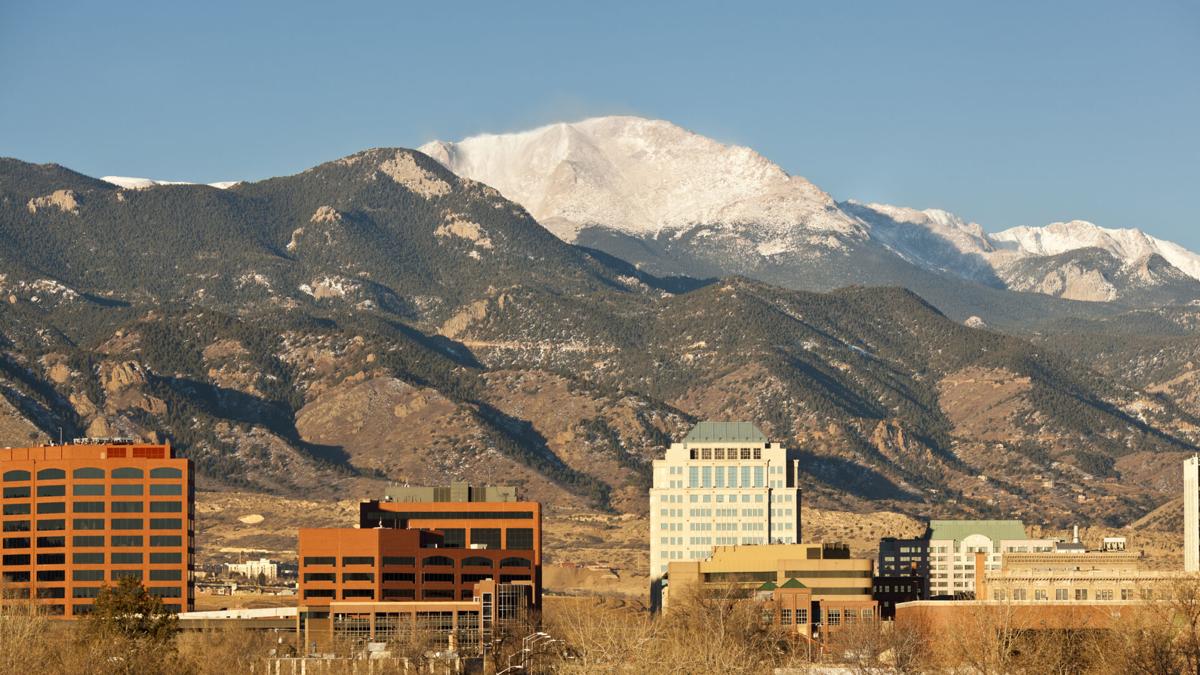 A view of Downtown Colorado Springs in front of Pikes Peak in the winter. 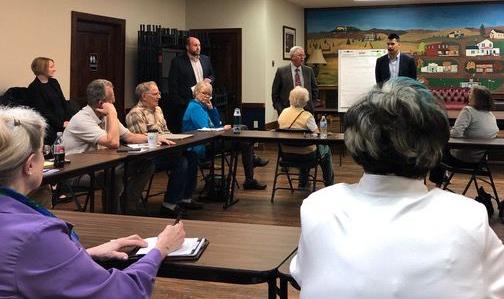 Representatives from the El Paso County Planning and Community Development Department and consultants from Houseal Lavigne Associates, standing, host a community input workshop in May 14 in this file photo.

A view of Downtown Colorado Springs in front of Pikes Peak in the winter.

Representatives from the El Paso County Planning and Community Development Department and consultants from Houseal Lavigne Associates, standing, host a community input workshop in May 14 in this file photo.

The proposed new El Paso County master plan is now awaiting adoption by the county commissioners. The planning process involved a thoughtful review of present conditions in the county, which includes the city of Colorado Springs.

El Paso County is big geographically. Oblong in shape, it is 85 miles east-to-west and 42 miles north-to-south. It is roughly the size of the state of Delaware, with a population estimated at about 725,000.

Thirty percent of El Paso County is government-owned land. Of the county’s 2,130 square miles, 285 square miles are owned by the state and 325 square miles by the U.S. government. Apart from the many military installations, most of the Colorado and U.S. lands are open space and parks, such as Pike National Forest.

Two-thirds of the population of El Paso County resides in Colorado Springs. There are eight other smaller cities and towns (the largest is Fountain — the smallest is Ramah). The remaining county residents, just under 200,000 persons, live in what is called “unincorporated El Paso County.”

A lot of people thus live in Unincorporated El Paso County. We capitalize it because, if they were to become a city, these folks would comprise the fourth largest city in Colorado, right behind Aurora and more populous than Fort Collins or Lakewood.

The existing conditions report notes that there are three thickly populated areas in Unincorporated El Paso County that are highly suburbanized: (1) Woodmoor, the Black Forest, and Gleneagle in the northern part of the county, (2) the Falcon area out U.S. 24, and (3) Security and Widefield south of Colorado Springs.

The plan makes the point that sidewalks can be found in Unincorporated El Paso County only in Gleneagle (part), Falcon (part), Security and Widefield, and Cimarron Hills (a large enclave surrounded by the city of Colorado Springs located north of Peterson Air Force Base).

The new master plan makes clear that a major cause for concern in Unincorporated El Paso County is the 5-acre ranchettes, or large lot homes, that are being developed on former agricultural lands, particularly on the eastern plains near Falcon, Peyton and Ellicott. This sort of low-density residential housing is also found near the Tri-Lakes area, Black Forest, and Rancho Colorado (on the southern border with Pueblo County).

The big problem with “ranchurbia” is that most of these homes rely on wells for water and septic systems for wastewater treatment. In those 5-acre-lot projects that have local water systems, the local water systems also are dependent on wells. Many of these large lot homes are surrounded by big lawns that require a great deal of water for irrigation.

The starkest fact in the master plan is that, if ranchette development in Unincorporated El Paso County continues at present rates, there will be a 55,000-acre-foot gap in the county water supply by 2060. An acre-foot is an acre of water 1-foot deep. Another way to see it is, if construction in ranchurbia continues as now, only 56 percent of the demand for residential water will be met by 2060.

Surveys conducted by the master planning consultants found large numbers of residents living in ranchettes to be worried about their wells running dry and the huge expenses involved in drilling deeper wells.

The master plan hints at where the needed water for large lot homes in the county might come from: “Collaboration between municipalities and unincorporated areas of the county will be vital to meeting future water supply needs.” Likely translation: Colorado Springs will have to find the water. But how, where, and who will pay for it are the questions.

In El Paso County, only Colorado Springs Utilities has the water sources in the Rocky Mountains and the water transporting and storing infrastructure to meet the future water requirements of large numbers of 5-acre ranchettes in Unincorporated El Paso County.

Colorado Springs and El Paso County are working on an agreement that would entitle some county residents to city water, but only within 3 miles of the current boundaries of the city.

Other challenges in Unincorporated El Paso County include the need for families living in 5-acre ranchettes to drive long distances roundtrip to purchase groceries, gasoline, go to the movies, and find other basic services.

Moreover, in these highly dispersed communities, it can be a long wait for police (sheriff’s deputies) or firefighters (often volunteers) to get to the property.

The master planners conducted surveys and focus groups that found some support for initiating a program to preserve major portions of the agricultural lands in eastern El Paso County before they all turn into 5-acre ranchettes.

Sections of the El Paso County Master Plan will have to provide creative future solutions to these many problems. Stay tuned.

The much reformed city of Colorado Springs celebrates | Cronin & Loevy

Colorado Springs is celebrating its 150th anniversary. It has been a half-century since the last major celebration of this sort. That was in 1…