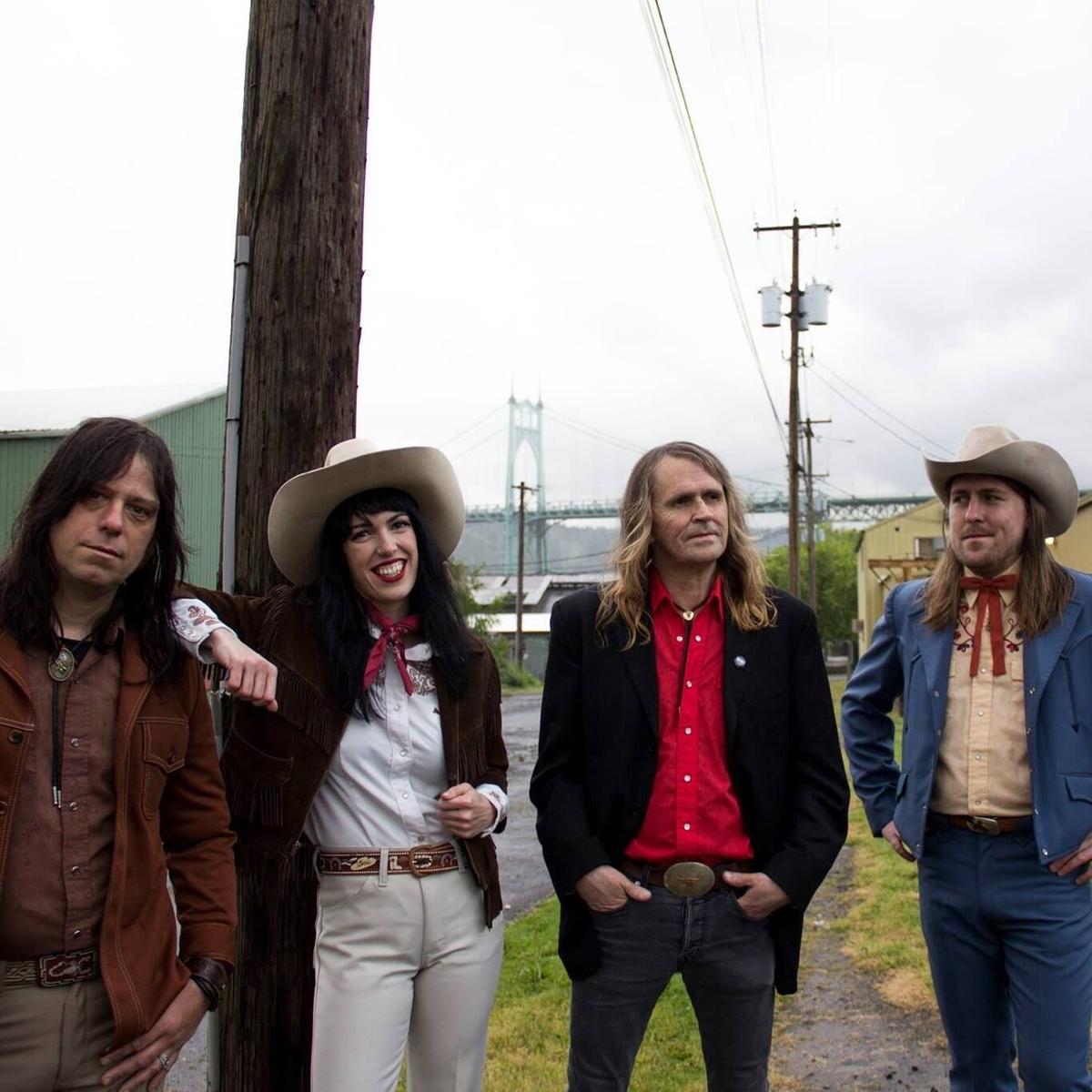 Jenny Don’t and the Spurs, a “western outlaw garage” band, will make its Colorado Springs debut with a show this weekend at The Black Sheep. 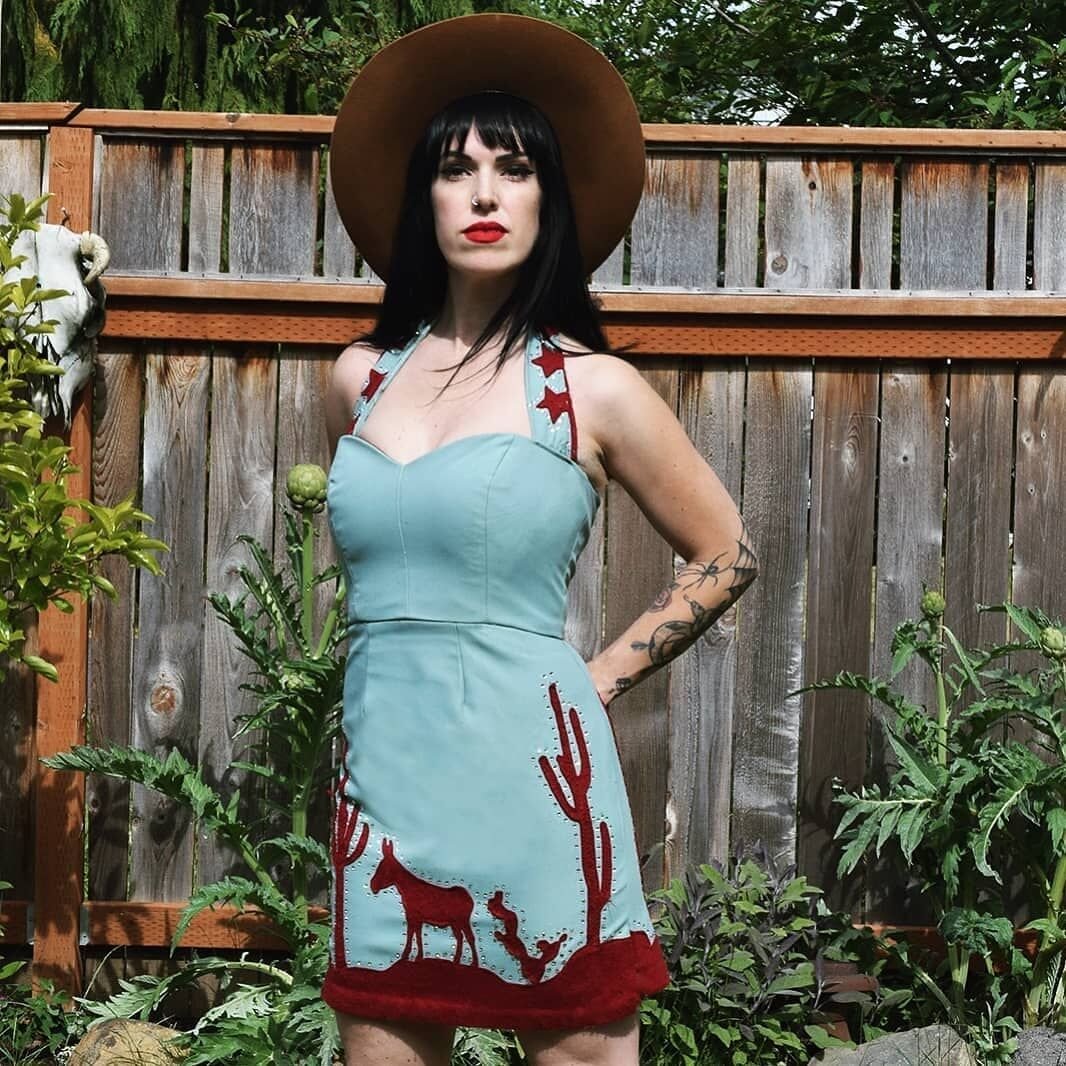 Jenny Don’t and the Spurs will perform this weekend at The Black Sheep in Colorado Springs. 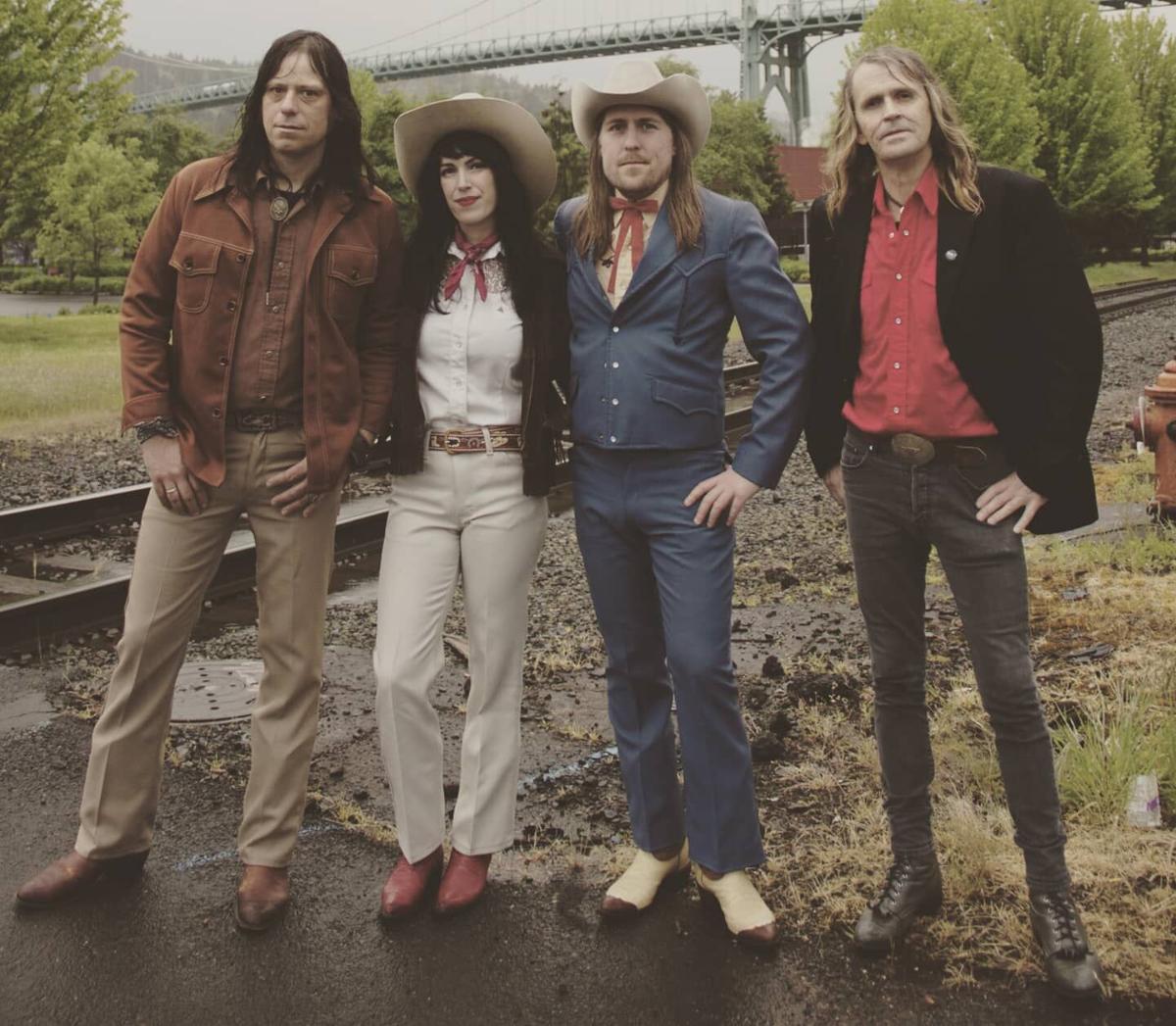 Jenny Don’t and the Spurs will perform Sunday at The Black Sheep in Colorado Springs.

Jenny Don’t and the Spurs, a “western outlaw garage” band, will make its Colorado Springs debut with a show this weekend at The Black Sheep.

Jenny Don’t and the Spurs will perform this weekend at The Black Sheep in Colorado Springs.

Jenny Don’t and the Spurs will perform Sunday at The Black Sheep in Colorado Springs.

With one look at them, you could probably guess what kind of music they play.

There’s the cowboy hats and bolo ties and the frontwoman wearing a dress donned with bedazzled stars and horseshoes.

Then there’s the name: Jenny Don’t and the Spurs.

This all sounds like a country band, right? Right. Well, more accurately, they’re a “western outlaw garage” band, as described on the group’s website.

Also on the website is the sort of long story about how the band members found each other in Portland, Ore., where they each played in different projects with different genres.

Some members have been in Portland’s punk scene since the 1980s, playing in some of the city’s beloved bands like the Wipers and Pierced Arrows. They ultimately came together to form an old-school country band with a twinge of punk.

The decision to lean country came from a shared soft spot for the genre. As Jenny Don’t, the band’s singer, songwriter and namesake, says, they could be considered punk kids who grew up loving the traditional sounds of Hank Williams and Dolly Parton.

As she said in an interview with The Gazette, she started singing by singing along to Patsy Cline songs.

“With Pasty Cline and Dolly Parton and Wanda Jackson, the songs are deceptively hard to sing,” Don’t said. “Their personalities are what makes the songs what they are. I’ve always loved that appeal, from how they look, how they sing, what they wear.”

And she’s leaned into that inspiration. Don’t writes songs with that style in mind: “They’re sad songs, but catchy and kind of peppy.”

She’s even started making her own outfits to look the part, partly because she found a passion for sewing and partly because buying traditional country outfits proved too expensive.

Don’t says the band’s name and look has helped them stand out.

“I think it makes people remember us,” she said.

It makes her think of a quote: “You catch their attention with how you look and you keep it with how you’re playing.”

Jenny Don’t and the Spurs are about to make their first memory here, as they make their Colorado Springs debut at The Black Sheep on Sunday.

And they’re promoting a new album, “Fire On The Ridge,” which came out in June.

She says the album was “super cursed” and she might not be wrong. The band started working on it in 2019 and then it was delayed by her vocal cord surgery, a major computer crash at the studio followed by a flood and a kitchen fire at the studio. Then, the pandemic happened.

Don’t says they purposefully didn’t release the album in 2020.

“It felt like there were way more important things going on in the world,” Don’t said. “It didn’t feel appropriate to do self promotion. We wanted to wait until it felt right.”

She says the timing worked out, as the new songs are a bonus for people coming to see their shows, and live music in general, again.

Don’t describes recent shows as a “trifecta of incredible things.”

“It’s this state of euphoria because people are finally able to come out and drink beer and see music again,” she said. “Everyone’s just happy.”

On stage, Don’t and her bandmates try to put on a happy show.

“We always tell people to come ready to dance, because that’s the kind of show we want to put on,” she said.

What: Jenny Don't and the Spurs

Price: Tickets, $10, are available at blacksheeprocks.com.

8 weekend things to do around Colorado Springs and beyond: Whitewater festival, bed races, vintage cars and BBQ