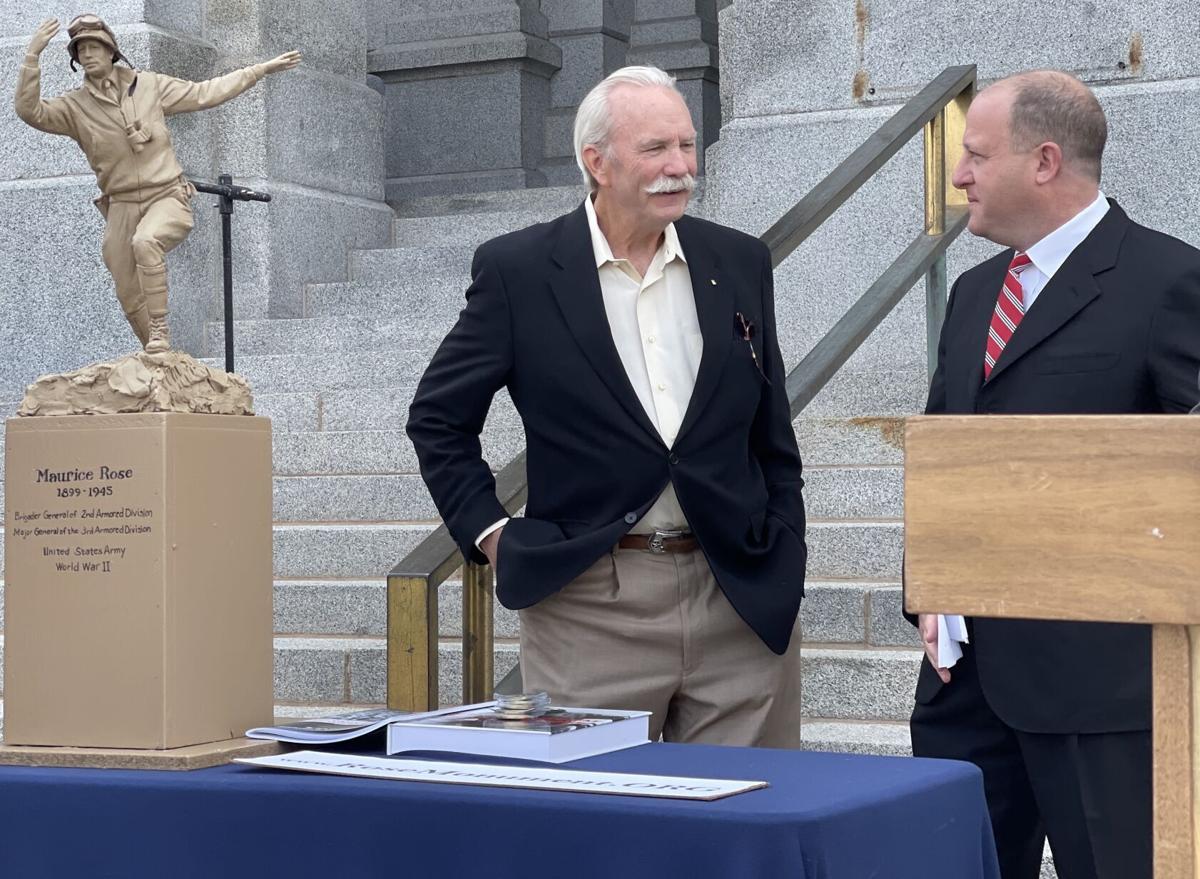 Gov. Jared Polis and sculptor George Lundeen look over a miniature replica of Lundeen's sculpture of Major General Maurice Rose. A full-size version of the monument will be installed at Lincoln Veterans' Memorial Park just west of the state Capitol. 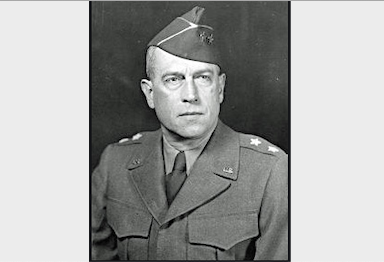 DENVER • Gov. Jared Polis and House Speaker Alec Garnett on Tuesday launched the state’s effort to memorialize “Colorado’s proudest war hero” with a statue across the street from the state Capitol.

“Today is another step in the journey of honoring one of our state’s, our country's, finest,” Polis said from the west steps of the Capitol, overlooking the site where the statue will be placed. “The life of Gen. Maurice Rose, truly one for the ages.”

According to Marshall Fogel, a retired lawyer who authored a two-part biography on Rose, the subject of the statue “is the most decorated battle tank commander in United States military history." Fogel touted a number of Rose’s accomplishments, including being the first to negotiate the surrender of the German army in Africa.

Rose, a Jewish man, also led the first tank unit to cross the German border during World War II and was the highest-ranking American serviceman killed by enemy fire in the European theater during that conflict. He died in Germany while commanding the 3rd Armored Division in March 1945, in the closing days of the conflict, and was buried at the Netherlands American Cemetery and Memorial.

“Gen. Rose never made it home ... so it seems only fitting that we begin the quest to really give him a final resting place in celebration in his hometown,” Polis said.

The statue was originally intended to be authorized by House Bill 1257, which also renamed the pair of parks just west of the state Capitol building where the statue will stand as Lincoln Veterans' Memorial Park. But an amendment from the bill sponsors early in the legislative process brought at the request of the Capitol Development Committee and Capitol Building Advisory Committee stripped out authorization to build the monument.

Instead, Garnett, D-Denver, and Rep. Patrick Neville, R-Castle Rock, pushed the authorization through the legislature via a different mechanism, House Joint Resolution 1012. Both HB 1257 and HJR 1012 also feature Senate President Leroy Garcia as a co-prime sponsor.

Garnett, at the ceremony, signed the resolution, nearly two months after it cleared third reading in the Senate. According to Legislative Legal Services, there is no deadline for the House speaker and Senate president to sign a joint resolution.

“I've been thinking about the day and age that we find ourselves in, the fact that nationwide people are fighting with each other about what statues to put up and what statues to put down,” Garnett said. “It's very important to highlight that the General Rose resolution passed the Colorado General Assembly unanimously in 2021.