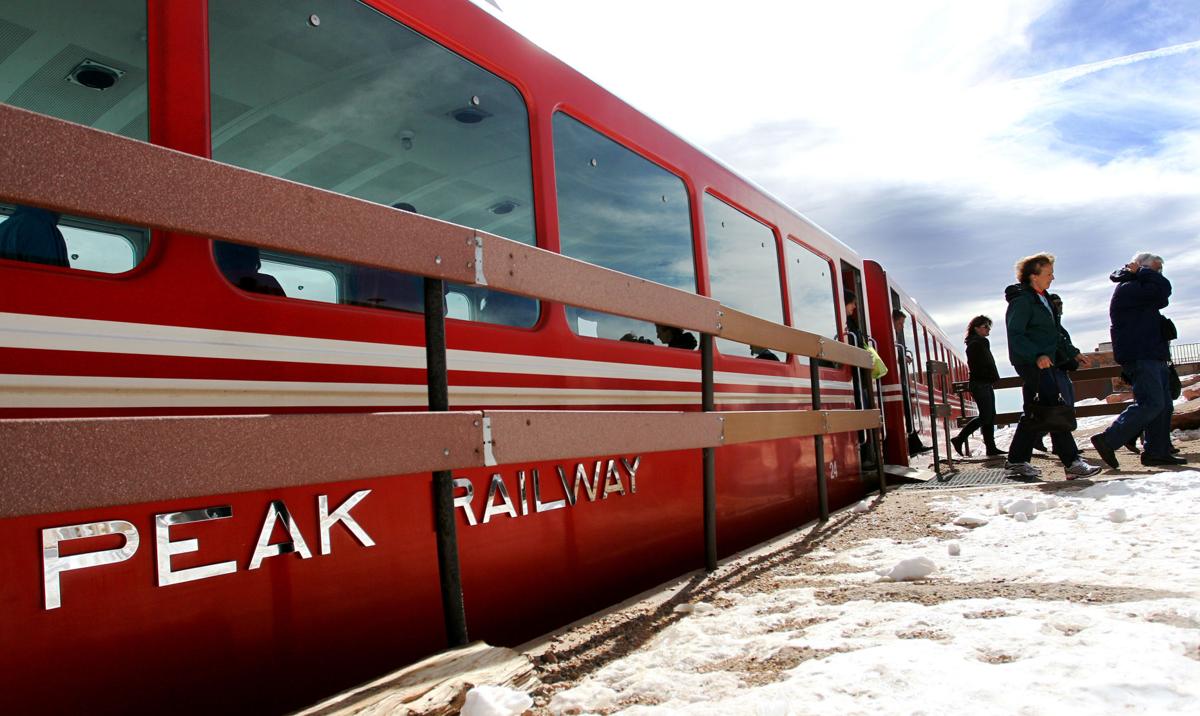 Pikes Peak Cog railway passengers exit at the summit of America’s Mountain in 2011. 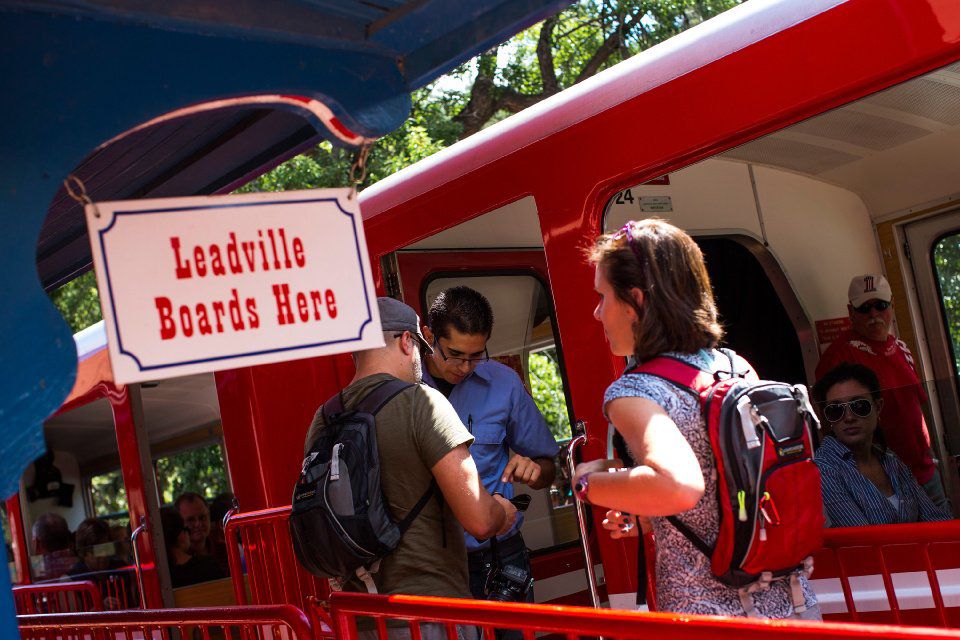 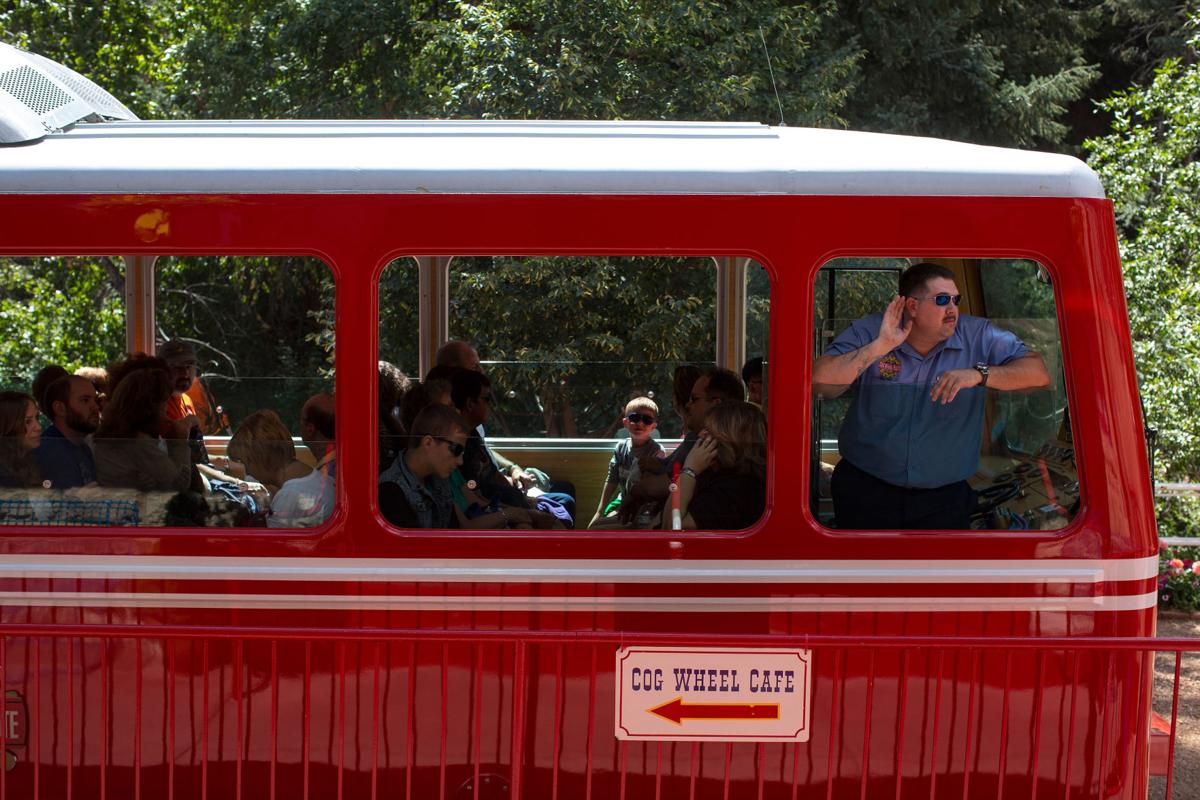 The train for the Pikes Peak Cog Railway in Manitou Springs, CO on Saturday, August 31, 2013. Photo by: Kent Nishimura, The Gazette

Pikes Peak Cog railway passengers exit at the summit of America’s Mountain in 2011.

The train for the Pikes Peak Cog Railway in Manitou Springs, CO on Saturday, August 31, 2013. Photo by: Kent Nishimura, The Gazette

A nearly $100 million reconstruction of the iconic tourist attraction is expected to be in full swing by next spring, according to Oklahoma Publishing, the parent company of the cog and The Broadmoor hotel in Colorado Springs.

The railway is slated to reopen in May 2021 to again take visitors on a scenic trip from a depot in Manitou Springs up the mountain, where a new, $50 million summit house is expected to open in 2020.

“We are excited about it. We think it’s going to be beneficial to the entire region,” said Oklahoma Publishing President and CEO Gary Pierson.

The cog’s fate has been in question since March, when The Broadmoor President and CEO Jack Damioli announced that the aging railway had “run its useful life” and a study would be launched to consider whether to rebuild or close it.

The announcement is likely to ease concerns of many Manitou residents and officials who feared the city and its economy would be devastated if the railway was permanently shuttered. The cog contributes hundreds of thousands of dollars in ticket sales taxes annually and attracts visitors who shop, eat and stay at local businesses.

The decision to rebuild follows months of debate over a 50-year agreement that the cog sought with Manitou Springs to secure tax breaks that the railway’s owners said were needed for the project.

The Manitou Springs City Council approved an initial agreement in June and, on Nov. 20, made it official after residents objected that the original deal’s long-term impacts were uncertain.

Some residents and city leaders have called the amended pact better for the city, which would collect more tax revenue if the cog sees a large bump in ridership or raises ticket prices significantly.

But skeptics have maintained that the cog’s owners could afford the reconstruction without the incentive. They worry that, because the cog’s tax savings over the 50-year term are not limited, there’s no guarantee that the city won’t lose out on massive amounts of revenue in the future.

During the first 25 years of the pact, the city will cap excise tax revenue that it collects on cog ticket sales. Everything over that cap would go to the cog. The limit would increase incrementally, from $507,500 initially to $775,000 in the last three years of the 50-year agreement.

The agreement also requires the cog to pay Manitou Springs $1.25 million by the end of 2020 to make up for lost tax revenue from the railway’s closure this year.

Per the agreement, the cog must submit construction plans to the city for review and apply for an updated “conditional use permit” to resume operations.

The reconstruction will include demolition and rebuilding of the track and a remodeling of the depot, Pierson said.

The cog also will decommission four of eight train cars and refurbish the other four, which accommodate 212 passengers each. It will buy three new cars — each with about 240 seats — and a new snowplow.

“It’s an exciting and, at the same time, a worrisome time because this is the most unique construction project that’s going to take place in North America in the next two years,” Pierson said. “There’s always surprises along the way, so we’ll have to see what those surprises are.”

The cog also has agreed to pay $500,000 to address parking and transportation issues and to donate historical “rail-related” assets to Manitou Springs for a possible museum.

City officials have floated the idea of converting the historic building at 10 Old Man’s Trail, now known as Hiawatha Gardens, to a multistory parking garage or transportation hub where visitors could leave their vehicles and rent a bike or Segway to ride downtown.

A “mobility study” will explore possibilities for parking, transit, and other ways to move visitors through the heart of Manitou Springs, Jaray said.

“We’re going to look at it holistically to make sure that we can enhance the quality of life for our residents and make sure that it also works for the cog in terms of them providing a really great visitor experience,” Jaray said.

A lawsuit filed against the city over the first version of the agreement is pending. Residents John Shada and Brenda Kay Gillen argued in a complaint, filed in 4th Judicial District Court in August, that voters legally have the right to overturn the original agreement via a referendum petition.

Oklahoma Publishing is owned by the Denver-based Anschutz Corp., whose Clarity Media Group owns The Gazette.