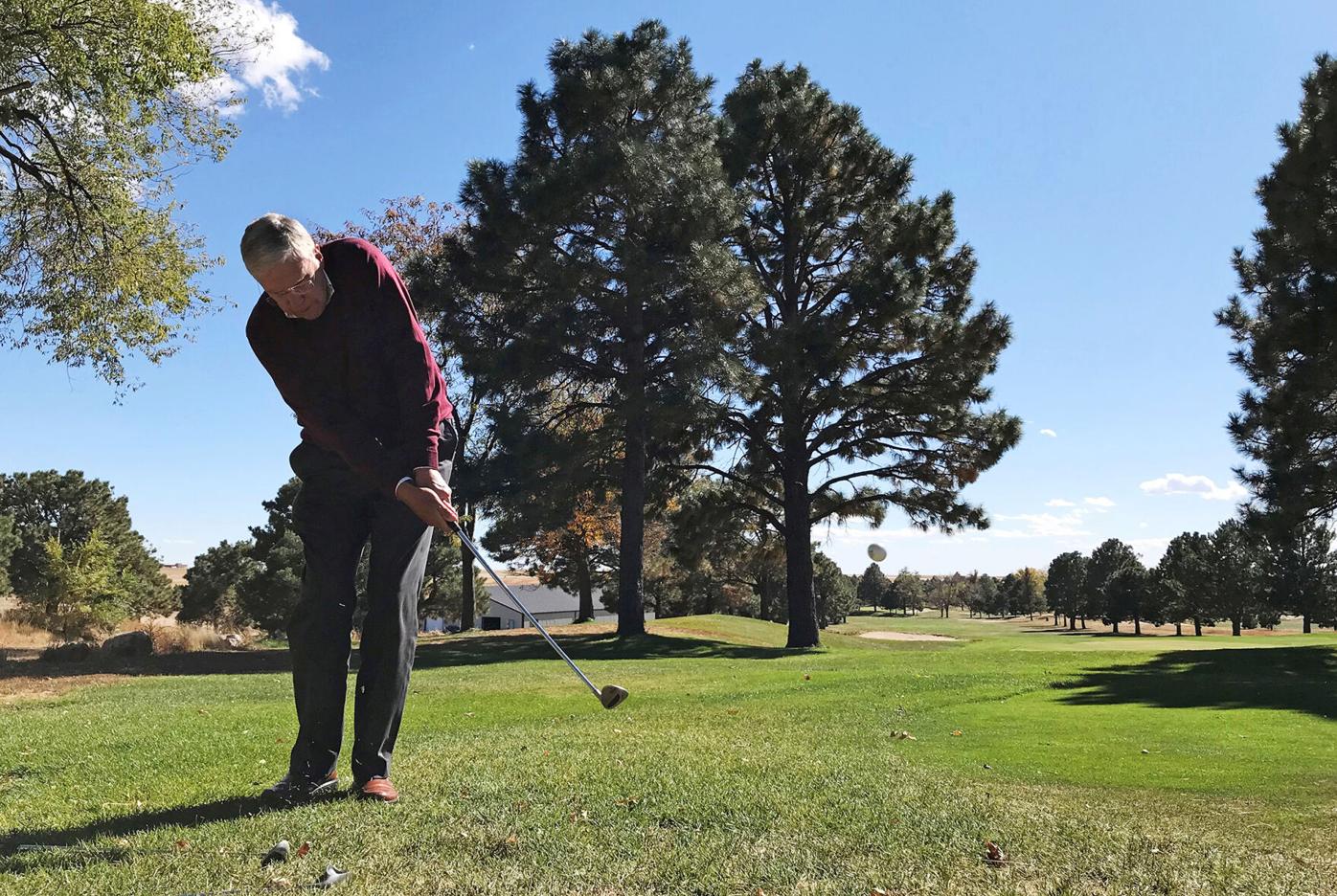 Jay Behnke chips onto a practice green last week at Silver Spruce Golf Course on Peterson Space Force Base. The course will close at the end of the year. 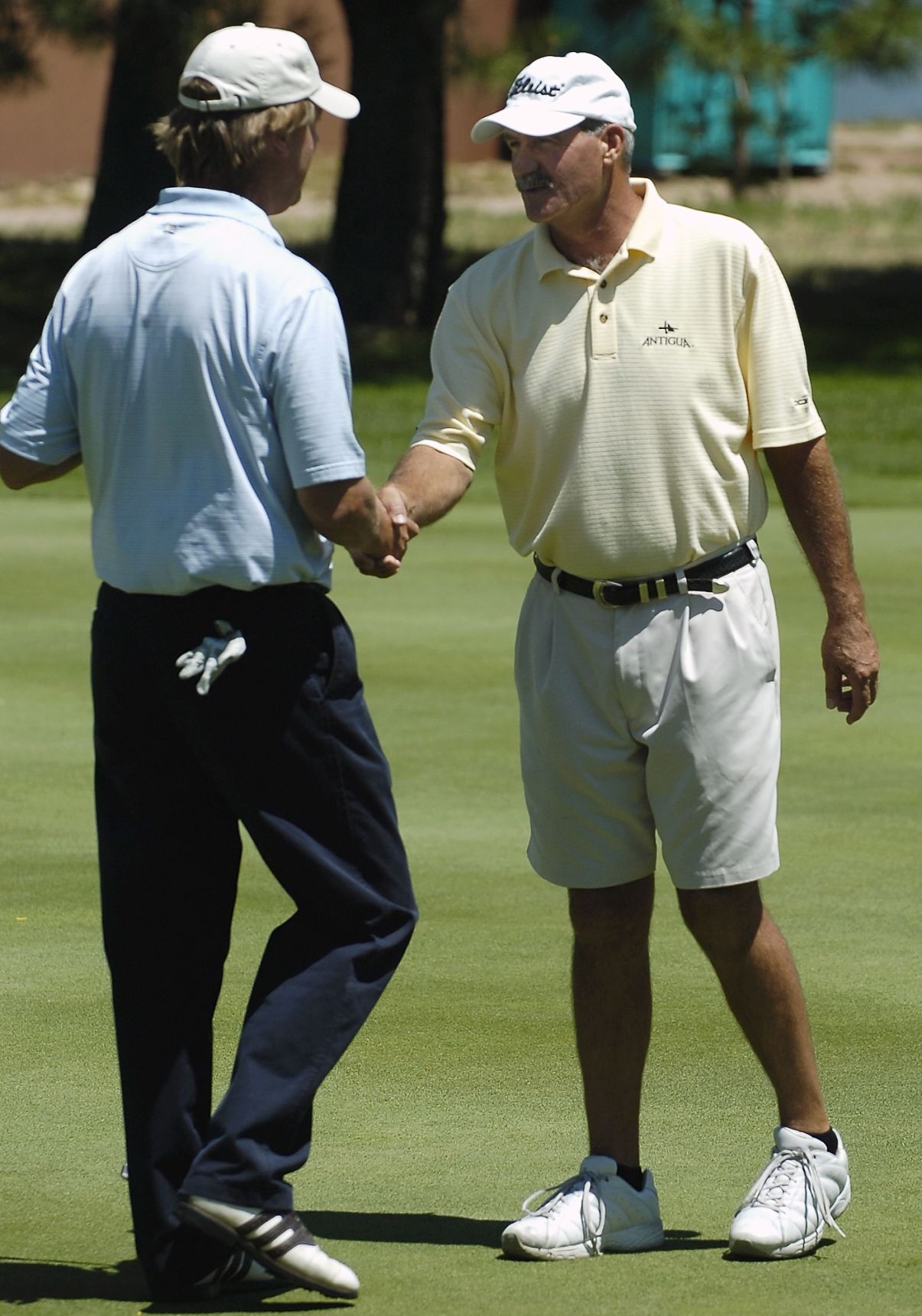 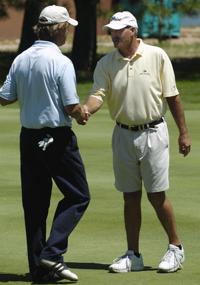 Jay Behnke chips onto a practice green last week at Silver Spruce Golf Course on Peterson Space Force Base. The course will close at the end of the year.

Under a blue sky on a mild autumn day, retired Army Lt. Col. Jay Behnke spent his lunch break practicing his chipping skills. It’s something he has done from time to time when the weather is nice at Silver Spruce Golf Course on Peterson Space Force Base.

But with the 18-hole course hemorrhaging more than $1.2 million the past decade, Behnke will have to find somewhere else to play when the course closes Dec. 31.

“It is going to be sad to see this close,” said Behnke, who has worked as a civilian on Peterson since 2005.

“It is a great course for beginners” and “it is challenging enough for good players,” he said.

The course — located directly north of the Colorado Springs Airport — opened in 1974 and has hosted multiple youth and adult golf leagues, countless tournaments and the U.S. Senior Open qualifier in 2005.

“We have thanked our members for their dedication and support over the years,” said Kevin Sorenson, deputy director of Peterson's Force Support Squadron, which is responsible for the golf course and numerous other services on base. “Their support has created a lot of memories between customers and staff.”

Military members in the Pikes Peak region will still have plenty of Defense Department-managed 18-hole courses nearby, with two at the Air Force Academy and one at Fort Carson.

“There has been an industry-wide decline over the past 10-plus years,” Sorenson said. “Golf just isn’t as popular.”

He thinks the amount of time it takes to play a round of golf — roughly 4 ½ hours — is a major factor in why it isn’t attracting younger troops.

“They like things fast,” Sorenson said. “They are into the video games. If it is not quick results, they are moving on.”

With the course closing, the base is working with 13 employees to try to find them alternative employment options within the squadron.

“That is our top priority,” Sorenson said. “The staff has a lot of pride and joy in the facility.”

In addition to the golf course, the practice green, clubhouse and pro shop will also close. But the restaurant and driving range will remain open. The pro shop will be renovated and turned into conference room space, according to Sorenson.

Larry Mullis, current golf and bowling business manager, has worked at the golf course on-and-off since 1976.

Fond memories include watching his father hit a hole-in-one on the seventh and helping numerous golfers improve their game.

“It’s unfortunate that we have to close the course, but the savings will allow us to focus on other quality of life and recreation programs for the guardians and airmen that live and work on Peterson Space Force Base,” Mullis said.

The Force Support Squadron and its roughly 550 employees, three-fourths of whom are civilians, assist the base in numerous areas from supporting the education center, dining facilities, fitness center, hotel, childcare facilities, bowling center, golf course, outdoor recreation and the Aero Club.

The Aero Club, or Rocky Mountain Flight Training Center, can take interested military personnel with no flying experience and train them to be a pilot. The base has nine aircraft.

The club, which is profitable, has 228 members, has served nearly 4,700 customers and logged more than 3,500 flight hours so far this year, according to the base.

The golf course and Aero Club are the only 100% self-revenue generating facilities on base, according to Sorenson.

Another profitable program is outdoor recreation, with opportunities from biking and hiking to camper and boat rentals. The base plans to buy additional campers and new snow skis.

Sorenson is glad money from profitable programs can now be reinvested instead of being used to keep the golf course afloat.

“Once COVID hit there was a significant decrease from others adding to the pot,” Sorenson said. “It made it difficult to justify continued losses at the golf course.”

Peterson-Schriever Garrison leases 1,364 acres from the city of Colorado Springs, including the 129 acres of land the Silver Spruce Golf Course sits on.

The land will stay with the military under its lease terms, and discussions about what to do with it are ongoing.