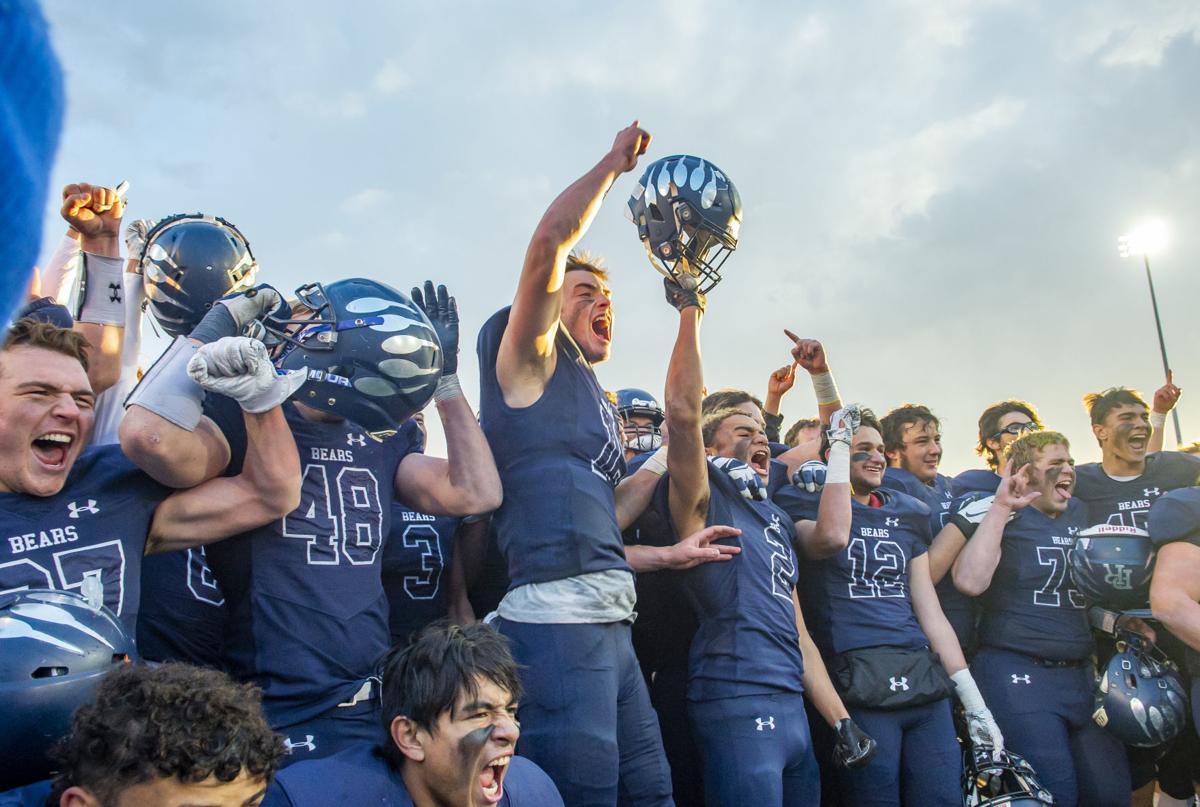 The Palmer Ridge football team celebrate after they defeated Pueblo East in the CHSAA 3A Football Championships at the Neta & Eddie DeRose Thunderbowl at CSU-Pueblo on Saturday December 1, 2018 in Pueblo. (Dougal Brownlie, The Gazette). 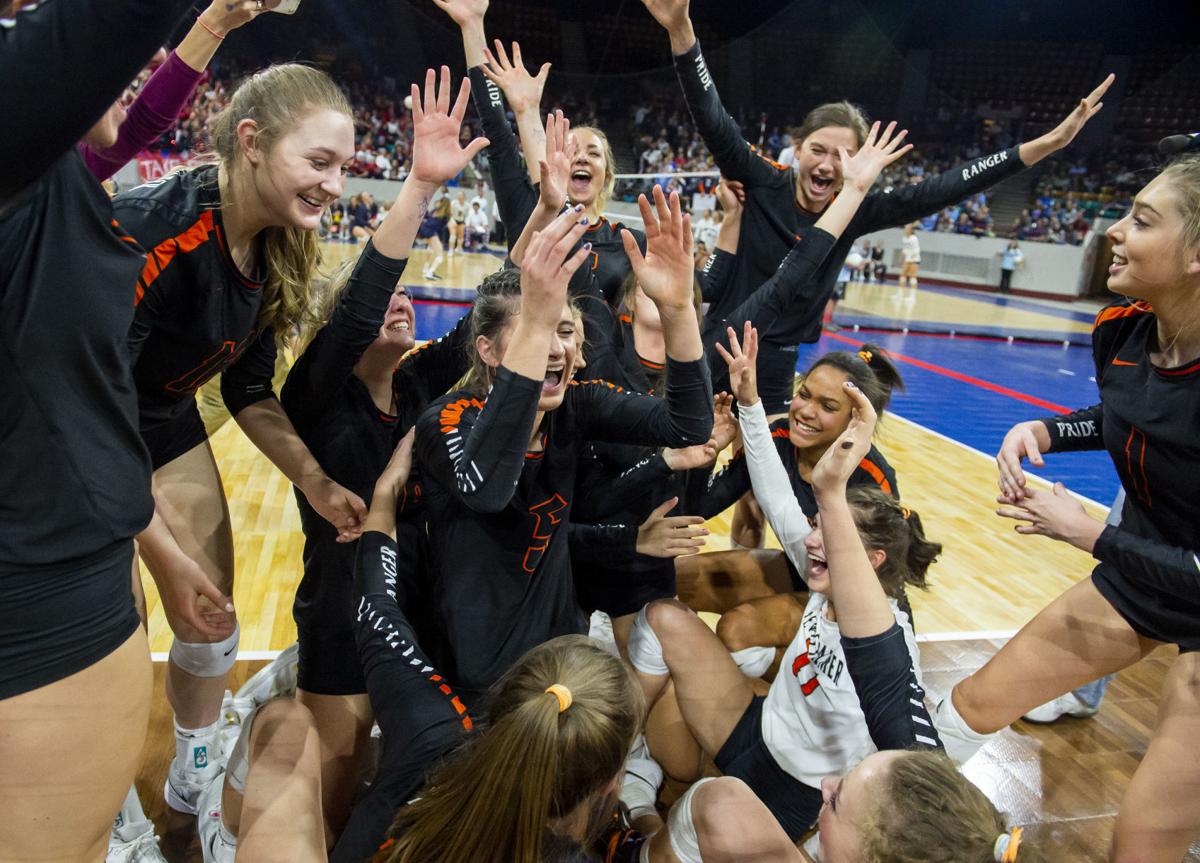 Lewis-Palmer celebrates after they won their third consecutive title for the CHSAA 4A Girls Volleyball State Championships held at Denver Coliseum on Saturday November 10, 2018 in Denver. (Photo by Dougal Brownlie, The Gazette) Coliseum

The Palmer Ridge football team celebrate after they defeated Pueblo East in the CHSAA 3A Football Championships at the Neta & Eddie DeRose Thunderbowl at CSU-Pueblo on Saturday December 1, 2018 in Pueblo. (Dougal Brownlie, The Gazette).

Lewis-Palmer celebrates after they won their third consecutive title for the CHSAA 4A Girls Volleyball State Championships held at Denver Coliseum on Saturday November 10, 2018 in Denver. (Photo by Dougal Brownlie, The Gazette) Coliseum

At the least, let 'em know.

As thousands of Colorado athletes and their families await a decision from the Colorado High School Activities Association on the immediate future of the fall sports calendar, the biggest question is not what, why, or even when.

Who are the powers-in-charge listening to for guidance on the fall season and beyond?

Is it the science? Because last week the science said this about the reopening of schools: “I don’t think I can emphasize it enough. As the director for the Centers for Disease Control, the leading public health agency in the world: it is in the public health’s interest that these K-12 students get the schools back open for face-to-face learning,” according to Dr. Robert Redfield.

How much clearer can the CDC be?

Start with Jay Saravis. Here’s a guy I want leading my team. His passion for Cheyenne Mountain football is as thick as his New York accent. He also brings a certain perspective on a debate that's burning hotter by the day.

His family’s beloved mother just spent 26 days on a ventilator due to COVID-19.

“They told us she should’ve died four different times,” he says.

Prayers to your family, coach. Can’t even imagine.

“My mom, before I moved here, only missed one game since I was 7 or 8 years old,” he said.

Theirs is a football family. It’s in their blood. His dad was a coach. His brother was a coach.

“What was amazing to see was how she got stronger when she saw family. There’s family and there’s love and that makes people stronger. It was incredible to see,” he says.

Mom is recovering in a rehab hospital, he says. She’s getting better by the day.

Coach Saravis raved about his district's plan for returning to school. Raved about the kids he gets to coach. What he didn’t do was rant and rave. His diplomatic answer to the question — Should we play football and other fall sports during a pandemic? — was a refreshing one.

“There’s something that you get in high school sports that you can’t get in a classroom. It’s a huge part of your experience as a kid growing up. I just pray that these kids can get that experience,” Saravis says. “We’re at the mercy of other peoples’ decisions. I don’t think people should complain one way or the other with what they decide. Just tell me what we need to do.

"She wants us to play football. No doubt about it,” he says.

Lewis-Palmer coach Dustin Tupper agreed: “This (preseason) camp is the best camp I’ve ever had. I’m serious about that. These kids are so dang hungry to do something, anything. I’ve never seen anything like it. Can you imagine that first kickoff (in the first game)? They want to play so bad. It's been incredible to see.”

CHSAA has given the green light for softball and boys' tennis in the fall. Boys' golf also is good to go. CHSAA last week pledged an announcement "by week's end" on the sports calendar, though week’s end has come and gone. Commissioner Rhonda Blanford-Green tweeted that CHSAA is leaning on state authorities for guidance. Those authorities last week said a school could be shut down for contact tracing if a single student tests positive, according to the Colorado health department.

“Don’t misread my tweets, CO state and health officials have been our partners to get (high school) sports resumed safely and aligned with the evolving ‘educational’ guidelines,” she tweeted. “I am very appreciative to have a voice. We wait ‘RESPECTFULLY’ for consideration. Their timeline is our timeline.”

Will Colorado see high school sports as scheduled? Depends on who they’re really listening to. Utah, a red state, is going forward with the fall sports season as planned. New Mexico, a blue state, has a lower case rate per 100,000 people than Utah. Yet New Mexico banned contact sports until the spring.

Maybe it's not science they're listening to. Maybe it's not the coaches, either. But when it's the kids who pay the price, it shouldn't be politics.

The fate of fall sports rests in the hands of 51 state associations around the country, which are all navigating uncharted territory amid the …