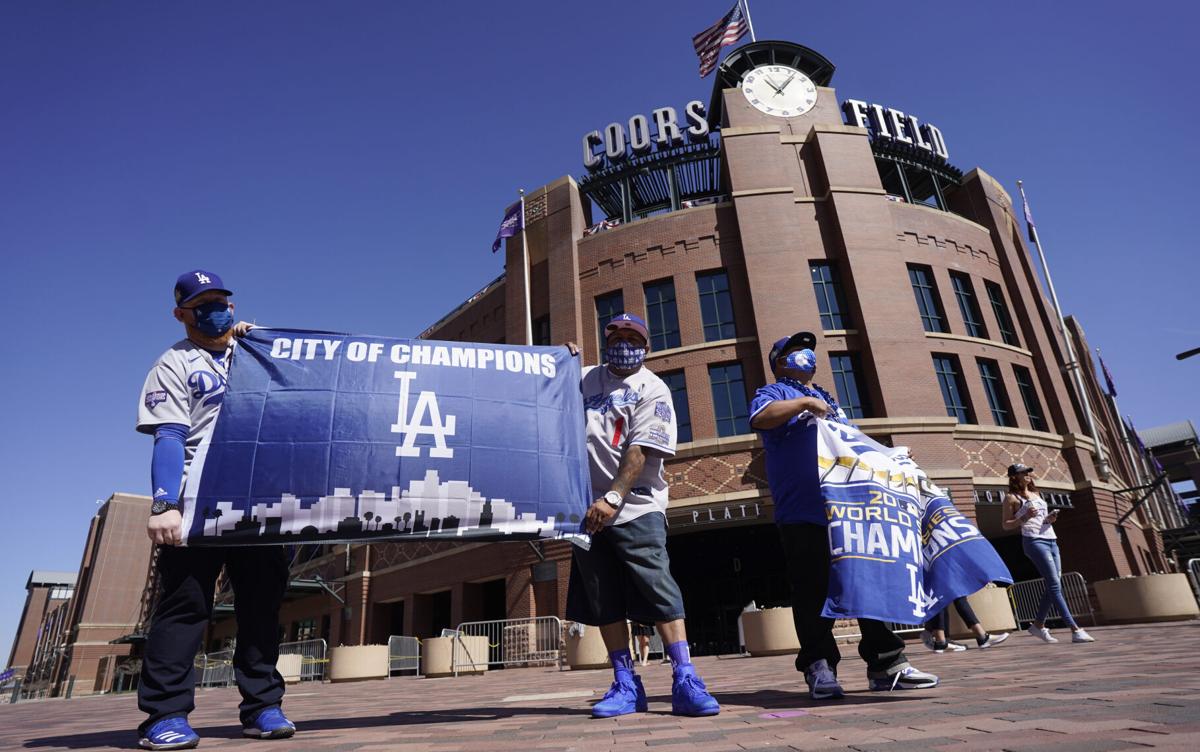 Los Angeles Dodgers fans Oliver Olson, left, of San Diego, Juan Campo and Rudy Soto, both of Los Angeles, hold up flags outside the main entrance to Coors Field as fans return for the first inning of a baseball game between the Dodgers and Colorado Rockies Thursday, April 1, 2021, in Denver. (AP Photo/David Zalubowski) 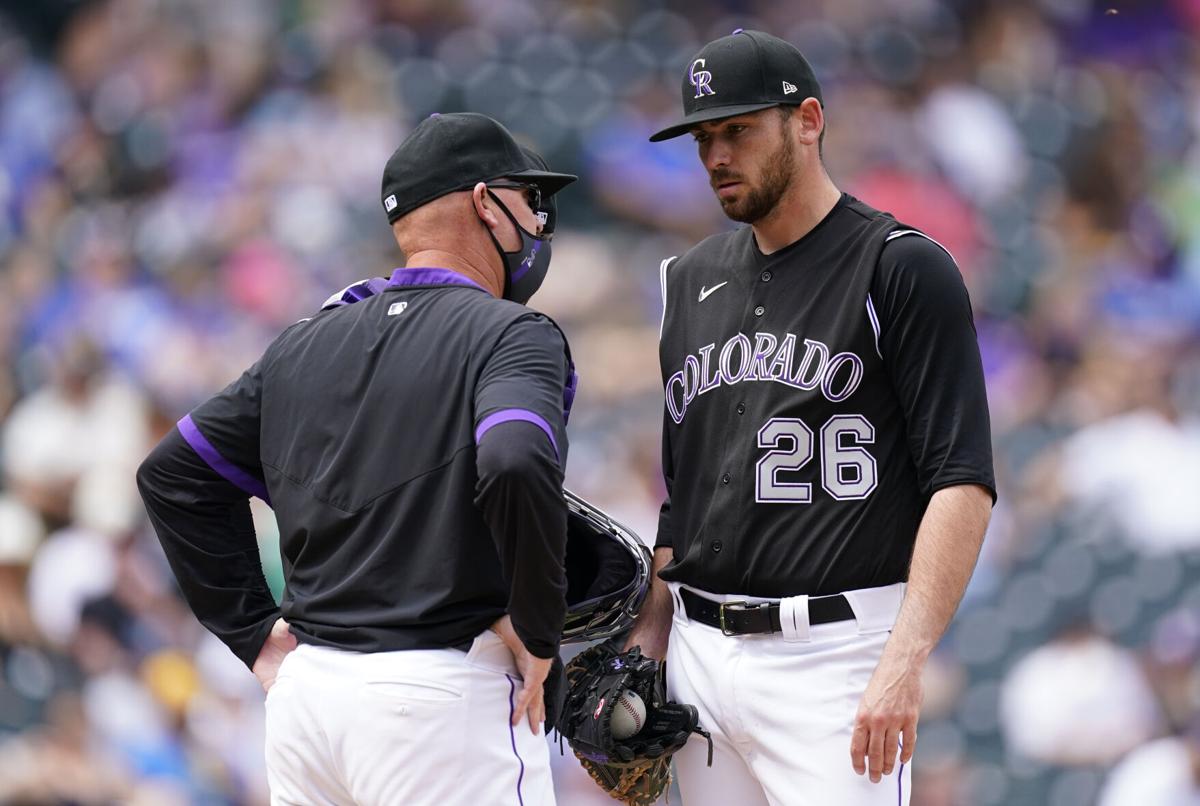 Los Angeles Dodgers fans Oliver Olson, left, of San Diego, Juan Campo and Rudy Soto, both of Los Angeles, hold up flags outside the main entrance to Coors Field as fans return for the first inning of a baseball game between the Dodgers and Colorado Rockies Thursday, April 1, 2021, in Denver. (AP Photo/David Zalubowski)

DENVER — On a blissful springtime Coors Field Sunday, there was more good than bad.

So while I’m about to tell you this Rockies season is going to be rough on the diehards, the scene at 20th and Blake served as a poor reflection of that. People were smiling, thrilled to be back in the ballpark, ecstatic to not be at home. It felt as close to a city’s reawakening as anything it has experienced in 13 months.

Like I was saying, more good than bad. Now the bad, or the baseball part: the Dodgers took three of four in the season-opening series and only one Rockies starting pitcher lasted past the fifth. The Rockies hit four home runs in one inning, but only two in the other 35. They finished the series by losing 4-2 Sunday, and if there were signs that suggest a not-last-place finish in the NL West, I'm whiffing on them.

It’s just one series and came against the world-champion Dodgers, who are hands down the best bet to win the National League again, but one series against those guys underscored the enormous gap between the Rockies and clubs that don’t trade their best player in his prime.

The Vegas win total for Colorado was 63.5.

Hope you took the Under, because a lot of “ifs” must be realized to get there. So far the “ifs” are not falling their way, and the on-field concerns go beyond one series against the champs: No. 2 starter Kyle Freeland suffered a shoulder injury in spring training that looked terribly painful. If the Rockies are going to be competitive in a division where 35 games come against the Dodgers and Padres, they require dang-near career years from starting pitchers Freeland, German Marquez and Jon Gray.

“No timetable yet” for Freeland’s return, skipper Bud Black said.

Other ifs included but were not limited to the performance of Austin Gomber, the “name” in the trade that sent Arenado and free money to the St. Louis Cardinals. If Gomber proved to be an effective fourth starter, you could do a lot worse than Marquez-Freeland-Gray-The Guy They Got Back for Nolan Arenado. (The Rockies have done worse many times before.) Gomber wasn’t effective in his first start at Coors Field. He was bad, and the most troubling visual was that he had those Coors Field happy feet that usually don’t settle in until Year 2 or Year 3.

In the second inning, Dodgers slugger Justin Turner turned on a Gomber fastball thrown inside, sending it deep ... and foul. When Turner made contact Gomber hopped in place like the pitching mound was lava. Coors Field happy feet. Gomber survived three innings before Black yanked him. He walked seven, a career high.

“Here's a guy that probably wanted to — on his very first day in a new uniform in front of the home crowd — to really perform well. It went the other direction,” Black said.

Gordon threw 36 balls (and a throwing error, and a wild pitch) against 37 strikes. Burn the tape.

“Probably a little amped up,” Gomber said after.

“There’s always relief when you get out of Coors,” Dodgers manager Dave Roberts said.

I don’t believe him. The Dodgers have won six straight series at Coors. They love it here. They might follow the rest of California and move here. They’ve gone 13-6 here since August 2018.

“Overall we just got outpitched by the Dodgers' pitchers,” Black said.

Having something fun to do that’s not on Netflix seemed to lift the spirits of everyone in LoDo.

That was the good from the season-opening series, and this is the bad: From where will the wins come for the Rockies? This season is going to be rough on the diehards — rougher, even, than expected.

DENVER - When the Rockies traded Nolan Arenado in exchange for Austin Gomber and four other players, the Rockies tried to justify it by saying Gomber would be able to bolster their rotation. That statement didn’t hold true Sunday.