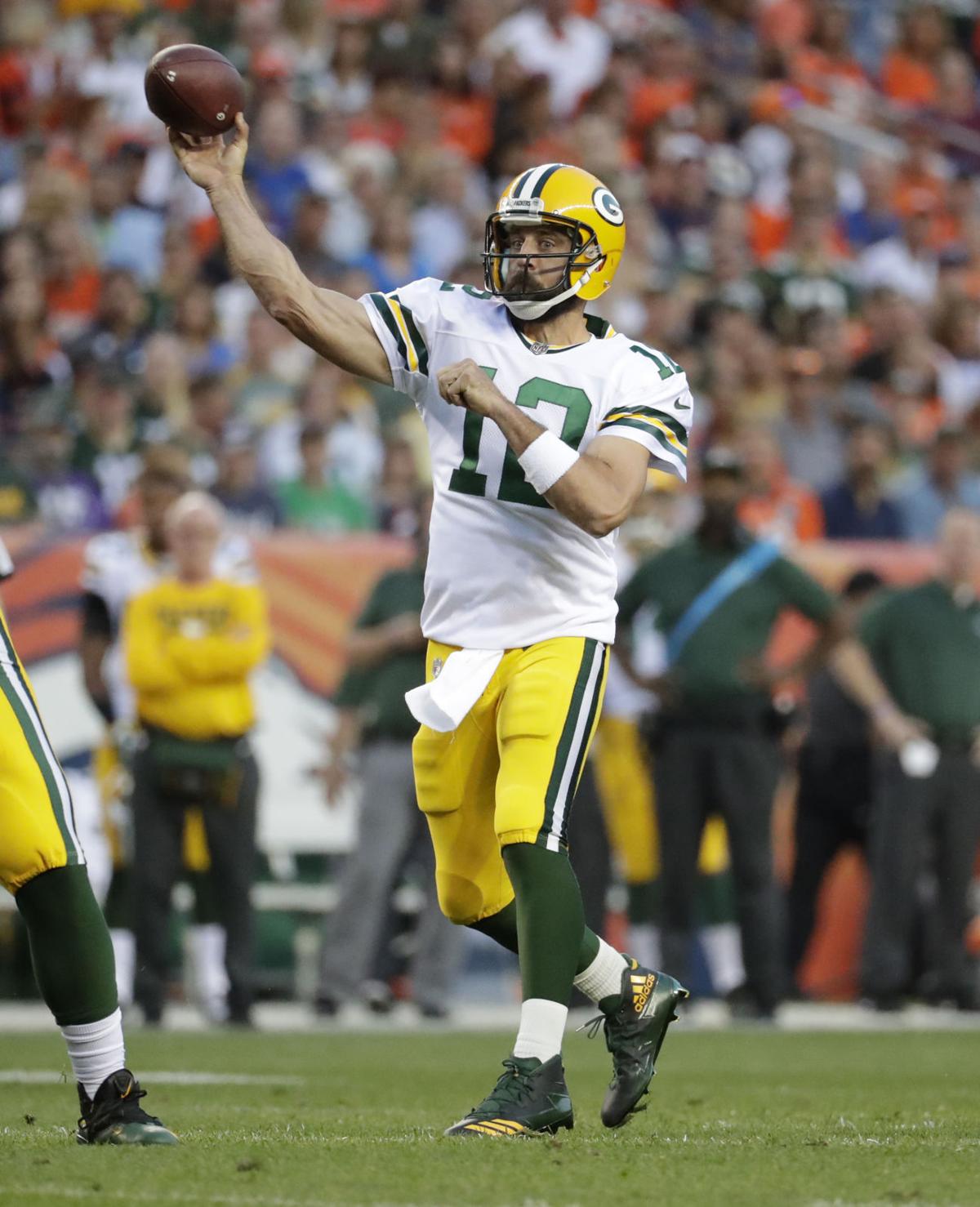 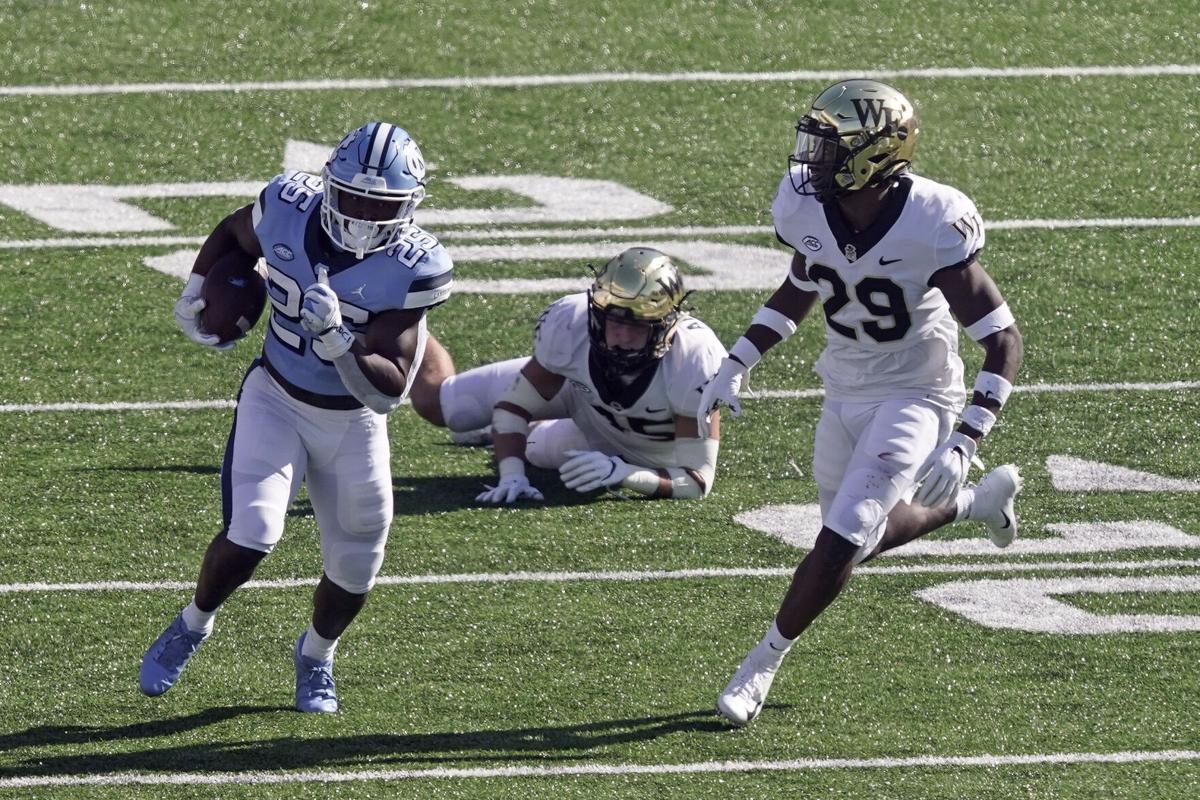 North Carolina’s Javonte Williams (25) during a game in Chapel Hill, N.C., last season. The Denver Broncos selected Williams with the 35th overall pick in the NFL draft on Friday.

North Carolina’s Javonte Williams (25) during a game in Chapel Hill, N.C., last season. The Denver Broncos selected Williams with the 35th overall pick in the NFL draft on Friday.

Soon as the Broncos find a quarterback, it’s bombs away. Discount Double Check this firepower on offense: Courtland Sutton, Jerry Jeudy, Noah Fant, KJ Hamler, Melvin Gordon — and the newest fun toy, North Carolina running back Javonte “Pookie” Williams, whom they drafted in the second round Friday. Add lineman Garett Bolles and Dalton Risner, and that’s a grand total of seven offensive players drafted in the first or second round — all aged 28 or under.

When they find a quarterback.

Why did the Broncos pass on Ohio State quarterback Justin Fields?

“We are just going to focus on the draft right now,” general manager George Paton said when asked if the Broncos had contacted the Packers about a trade for the disgruntled Rodgers.

But the Broncos are uniquely situated to go from doormat to damn good — if they ever sign a quarterback who scares a defense more than he scares the Broncos fans watching from home.

Paul Klee: What's happened to the risk-taking Broncos? They're now a franchise that plays it safe

You won’t find a better situation for a 37-year-old Hall of Famer right now than Dove Valley.

Here’s what tickled the most about the Broncos passing on Alabama quarterback Mac Jones (a superior option to Ohio State’s Justin Fields) with the No. 9 overall pick in the first round: the offensive talent here is young talent, and wouldn’t it be cool to watch Sutton, Jeudy and Fant grow old with a QB who commands excellence? Ask Demaryius Thomas what the arrival of Peyton Manning did for his career.

If Fields or Jones develops into a Super Bowl-style QB, Paton will never live it down in Denver.

“If I see somebody in front of me I feel like I’ve got to go through them,” Williams said Friday.

What’s not to love about the Broncos offense?*

(*When they find a quarterback.)

The Broncos traded up to the No. 35 pick to draft Williams ahead of the Dolphins. Pookie is a real upgrade over Phillip Lindsay, who still holds a grudge and acknowledged Denver taking a running back with a couple of laughing faces on Twitter. Petty, but plays to the home crowd.

The Broncos haven’t drafted a running back that high since Knowshon Moreno in 2009.

“I definitely feel like I was the best running back in the draft,” he said.

The breathless reports of Rodgers wanting out of Green Bay quieted to a whisper one day later. But those reports came from reputable media figures, and the seismic rift between Rodgers and the Packers sounds severe enough that it won’t be solved by a phone call and an apology.

The eight quarterbacks drafted are the most through the first three rounds since 1967. Everyone outside Kansas City, Tampa and a handful of other lucky spots wants one. The Broncos need one, because what a crying shame it would be to watch this much talent wasted.

Not long after the Broncos hired Paton to usher in a new Broncos era, Vic Fangio was asked if the new general manager had the good fortune to taste test Fangio’s famous Italian meatballs.

“He hasn’t been here long enough to get the meatballs,” Fangio joked.

The Broncos offense has the meatballs, all right, the spices, the sauce, all that. What they desperately need before it all turns is a chef.

Patrick Surtain II ready to help already talented Denver Broncos, just like he did at Alabama and American Heritage

Chad Wilson has seen his fair share of NFL drafts and NFL corners.