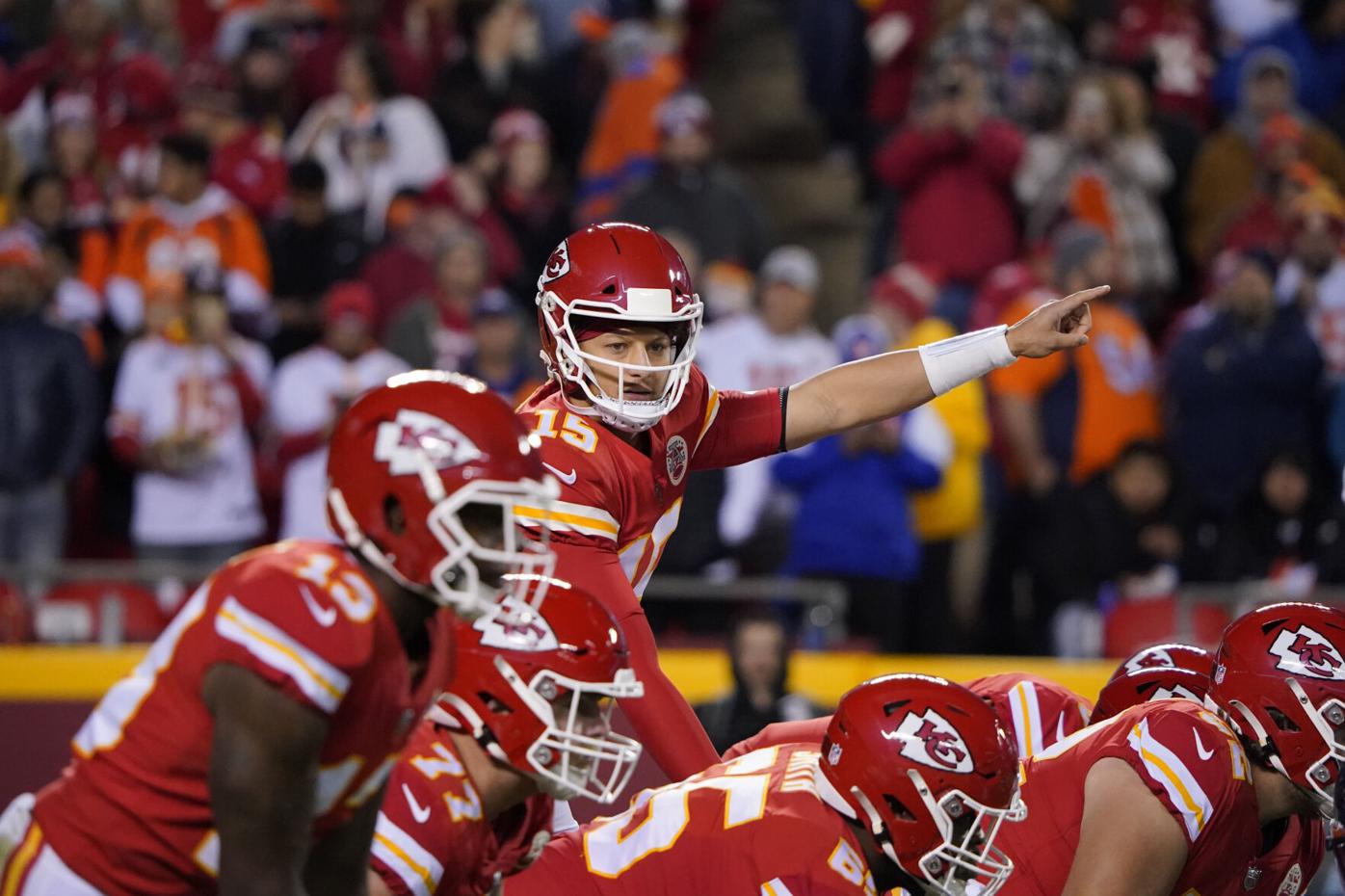 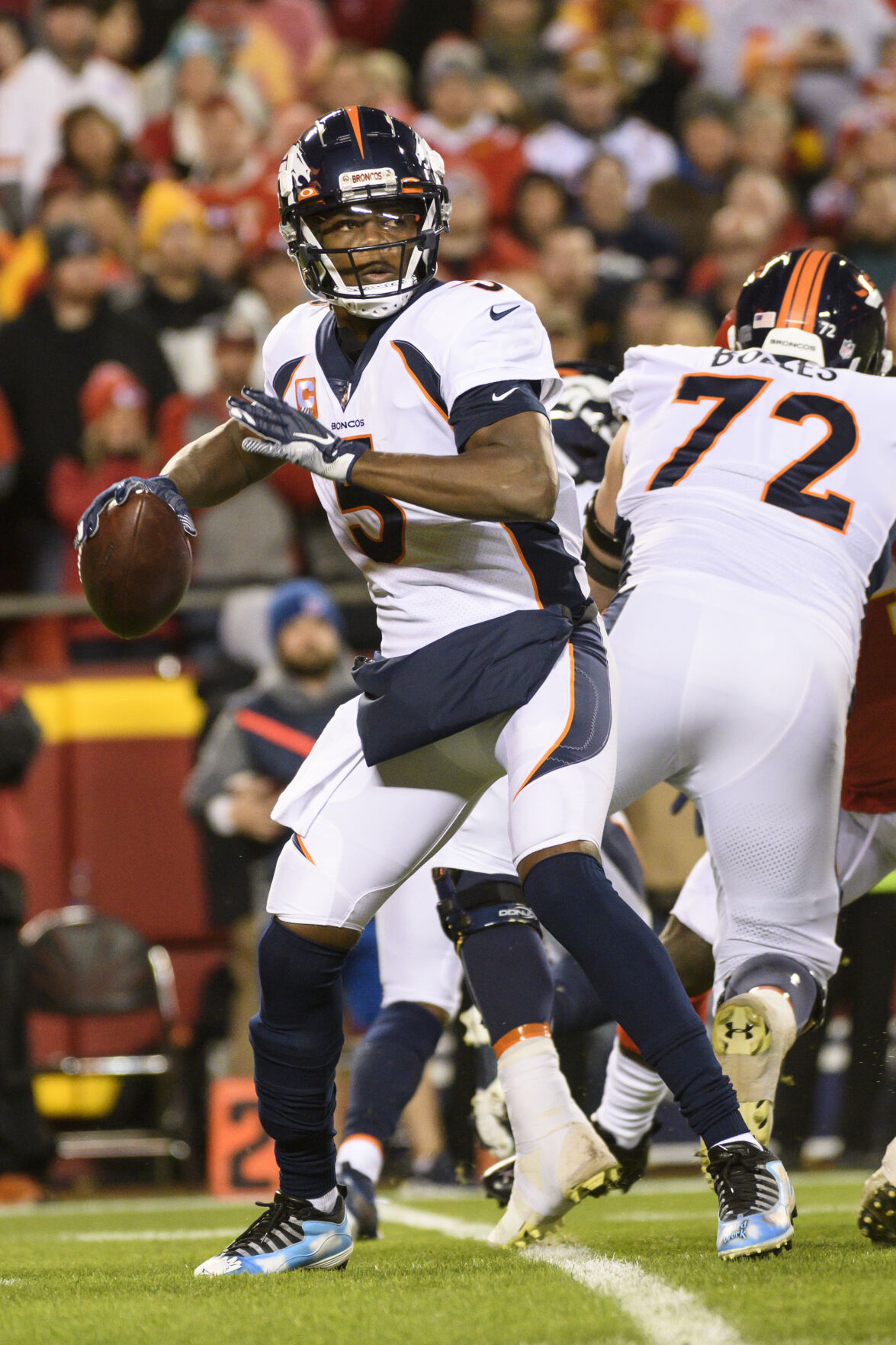 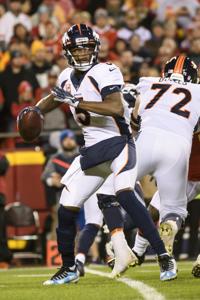 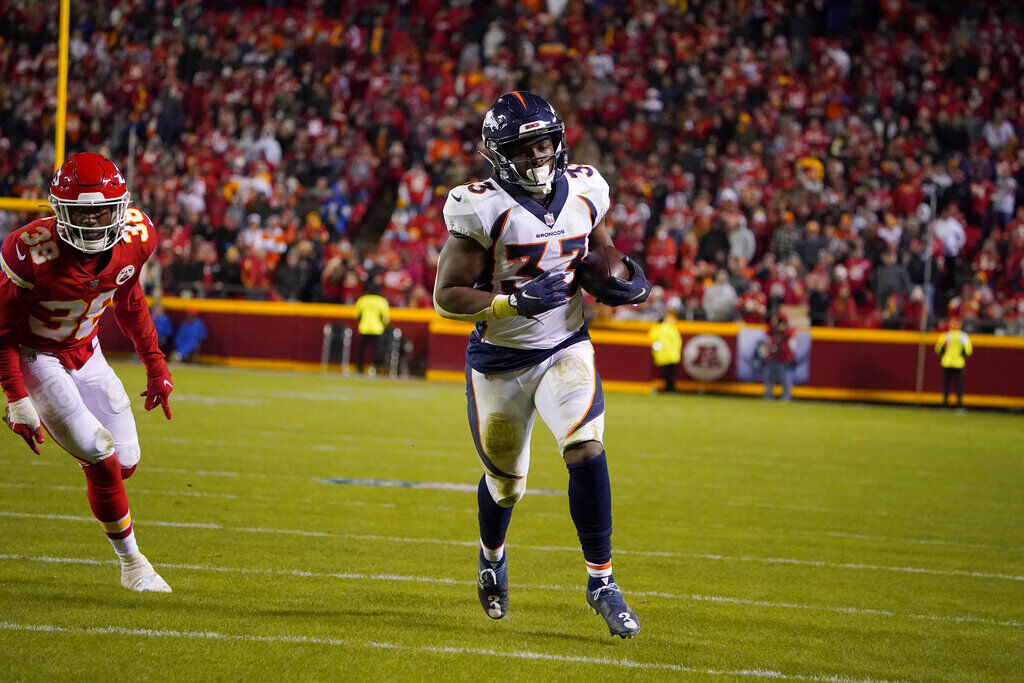 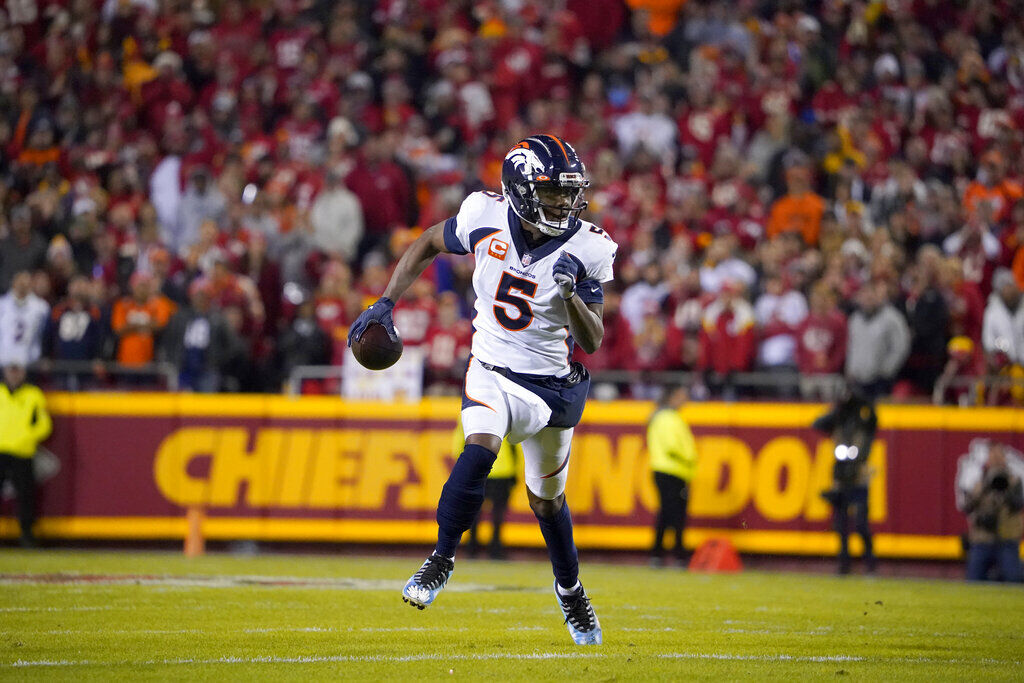 “We’ve got to be able to score more points,” Vic Fangio said Sunday night, yet another Broncos nightmare against the Kansas City Chiefs.

Please. This is Colorado begging the Broncos. Make it stop. Find a freaking quarterback who didn’t fail elsewhere first. Please. No more Teddys, Cases, Joes or Brocks. Please. No more Drews or Paxtons or some other pipe dream.

The Broncos weren’t competitive against the Chiefs, again. The Chiefs cruised past the them 22-9 at Arrowhead Stadium and the score is deceiving. It wasn’t that close. It was a mismatch, again. It was embarrassing, again. The Broncos lost to the Chiefs for the 12th consecutive time. Twelve! A dirty dozen.

Make it stop. Three presidents have been in office since the last time the Broncos beat the Chiefs. Patrick Mahomes is 8-0 against the Broncos, and he barely broke a sweat in No. 8.

“(Broncos safety) Kareem Jackson said it best in the locker room: We’ve got five games left, and each one is a playoff game for us,” Broncos quarterback Teddy Bridgewater dreamt.

Make it stop. Please, please, please. The Broncos were cooked against the Chiefs before they took the field. They were cooked when they believed Teddy Bridgewater presented a real chance to beat Patrick Mahomes. The worst idea I ever had was 8-year-old me wondering what warm orange juice would taste like, so I put a glass bottle of OJ in a campfire and watched it explode. And that’s still not a worse idea than believing Teddy Bridgewater could beat Patrick Mahomes. Their first matchup ended exactly like it should. Make it stop.

The Broncos employed an inspired offensive line and 179 total yards from Javonte Williams, who is a star. The Broncos ran all over the Chiefs for 154 rushing yards. The defense held Mahomes to 15 pass completions and 178 passing yards, total. Travis Kelce and Tyreek Hill combined for only five catches and only 48 receiving yards. These Chiefs are not great. They’re just OK.

Vic Fangio did his job well, Pat Shurmur did his job well (sorry, with all those rushing yards, he did), and the singular reason the Broncos are 6-6 and so average is because of one position.

I’m not going to do him like that, so I won’t divulge George Paton’s email address. I also don’t have it. But there is an email address on denverbroncos.com that goes suggestions@broncos.nfl.net, and that sounds like it might be helpful for this cause. Send them a suggestion: Denver is not Minnesota. The Broncos are not the Vikings, and the folks here who watched John Elway and Peyton Manning for over 20 years aren’t OK with yet another patchwork quarterback situation. It must stop.

You can rave about Bridgewater’s leadership, huddle management, guts, locker room presence, resiliency, whatever. All those things are true. If Bridgewater's a role model for my own kid, I'll be thrilled. But the bottom line in a bottom-line business is that he’s not good enough. He's a solid backup. If he’s the answer at quarterback for a franchise that employed Elway and Manning, I don’t want to know the question. If Teddy B is in Denver next season, it must be as the backup. Otherwise, no. No, no, no. Go get a Guy. Enough is enough is enough.

There’s still a chance the Broncos can get to 9 or 10 wins, because the teams they’re playing (the Lions, Bengals, Raiders, Chargers and Chiefs) are also just OK. But under no circumstances can Paton and the front office be allowed to run this back with a Teddy Bridgewater.

In the third quarter on Sunday night, facing a fourth-and-2, Andy Reid opted to kick a field goal rather than allow Mahomes, who might be Superman, a shot at stealing the first down.

Two yards for Patrick Mahomes is a bounce pass for Nikola Jokic. It's a rack of ribs for the average-sized Chiefs fan. It's a 2-footer for Tiger.

The Broncos never held a lead in five of their past eight games, and they have the comeback ability of a 50-year-old QB with two bad knees. The Broncos are 1-39 since 2016 when they trail by 13-plus points. One. And. Thirty. Nine. Don’t even think about a sketchy quarterback again.

The longest win streak by one team in the Broncos-Chiefs rivalry now belongs to the Chiefs. And it will grow to 13... 14... 16... 19 games until the Broncos find a quarterback who’s good enough to share a field with Patrick Mahomes. Twelve straight, no end in sight.

Here's where the Broncos stand in the AFC playoff picture

The Broncos could have walked out of Arrowhead Stadium in first place in the AFC West.