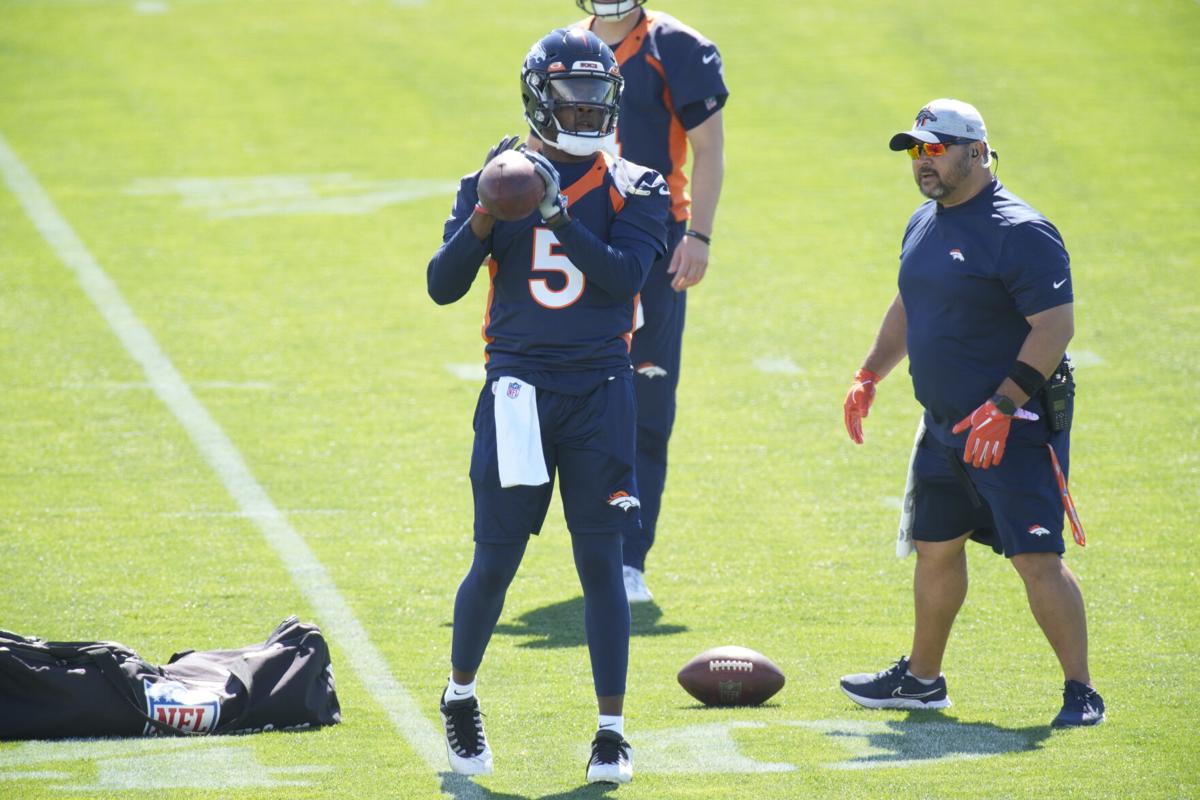 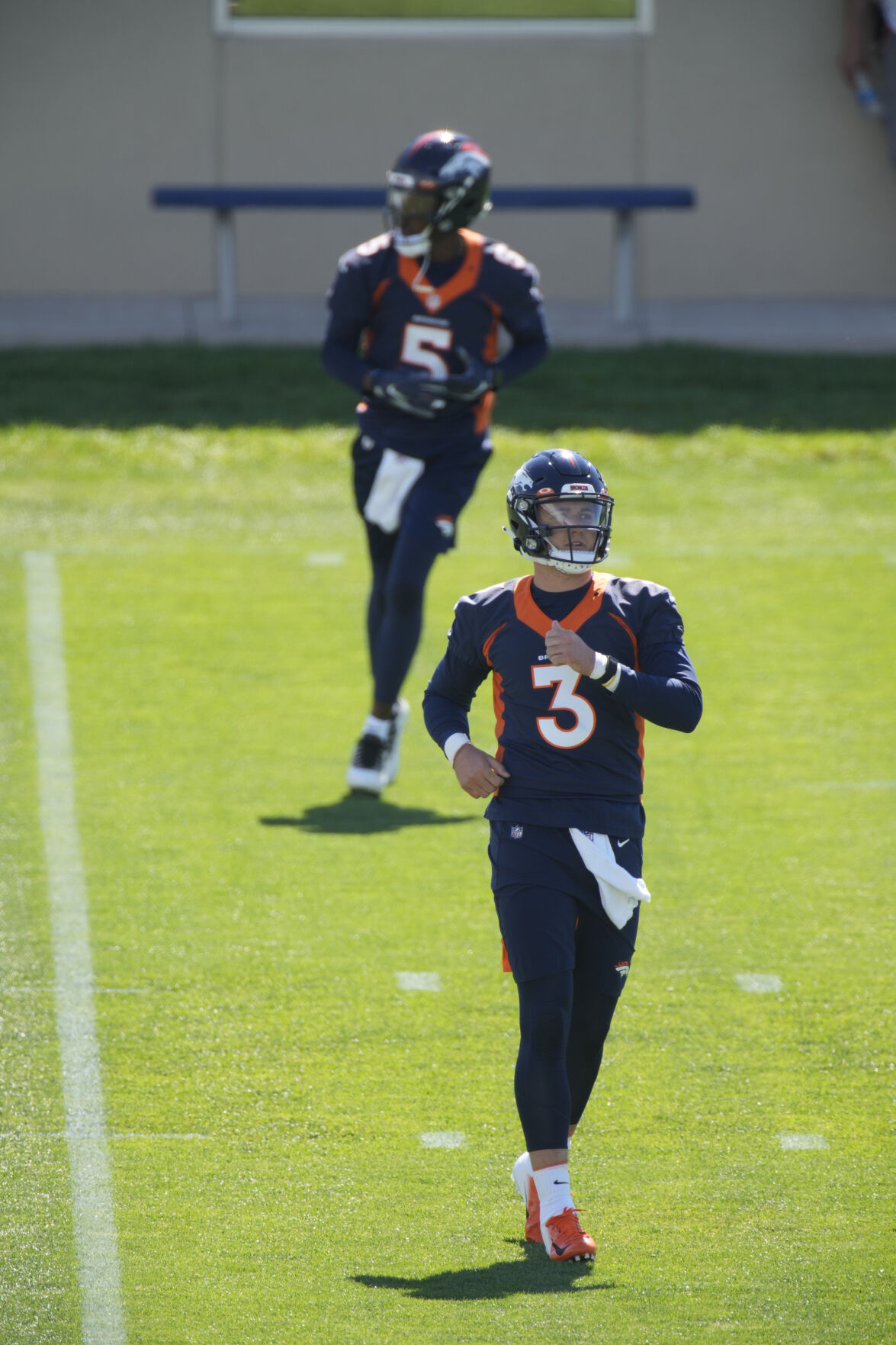 DENVER — Got over to Broncos OTAs on Monday. Want the good news or bad news first?

OK, the good news: Vic Fangio’s defense made three interceptions — two during 7-on-7 drills — and outright ruled another sun-splashed morning in God's country at UCHealth Training Center. Justin Simmons had a pick. A rookie safety named Jamar Johnson had a pick. Even Malik Reed, a pass rusher, had a pick!

“I think it’s too early to make any conclusions one way or the other, even a small conclusion,” Fangio said after another day of a quarterback battle that's going to play out like a pillow fight.

Here's my takeaway from a June 7 workout with all eyes on Teddy Bridgewater and Drew Lock: Is Aaron Rodgers going to follow the rest of the Midwest and move to Colorado, or what?

Because the first snap of the first 11-on-11 drills of the offseason went like this, and I am not exaggerating: Lock dropped into the pocket, the ball slipped out of his hands, and Reed, a pass rusher, snatched it in midair. Interception. First snap. First day of team drills. First ughhh.

The thing that Fangio doesn’t account for is that his two seasons with bad quarterbacking were preceded by three more seasons of bad quarterbacking. It’s not a blip or even a trend anymore. It’s the usual. So there is no "too early" for conclusions anymore. There’s football PTSD from the past half-decade of sub-par quarterbacking. And there’s no way Fangio and general manager George Paton can watch this QB duo and truly, sincerely believe in their hearts that “LockWater” can win an AFC West with Justin Herbert’s Chargers, let alone Patrick Mahomes and the Chiefs. There's no way.

“We have a lot of work to do,” offensive lineman Dalton Risner said after practice, and you have to appreciate his honesty, “But we’re going to get it figured out.”

Bridgewater looks better than I expected. That’s just being honest. He’s obviously a veteran — calm, collected, guys pick his brain after plays. His highlight was a floater caught by Jerry Jeudy for a 30- to 35-yard touchdown. His low point was a silly interception near the goal line.

(I surveyed a few media folks to name the best player on the Broncos’ roster. Von Miller and Justin Simmons each came up three times. Courtland Sutton came up twice. Mine's Jeudy.)

Lock looks like you and me after a four-putt. Looks like he has the mental yips. Looks like he’s trying to do what the coaches tell him, but safe throws are not what his heart tells him. He's clearly frustrated. Rolled his helmet across the immaculate turf. Threw a couple of picks, though one was that fluky air fumble that Reed hauled in. The other was a pick-6 to Simmons, who read the quarterback all the way.

This being a make-it, break-it season for Fangio, I’ll be surprised if Bridgewater doesn’t win the starting quarterback job. Teddy B was the superior quarterback Monday by a wide margin, and Gazette ace beat writer George Stoia says it’s been that way for most of organized team activities.

Bridgewater is safe. These Broncos lean into safe. They love safe. Look at their draft.

The answer to Denver's ongoing, never-ending, perpetual quarterback question is still in Green Bay — kinda, sorta. Rodgers reportedly will not attend the Packers’ mandatory minicamp when it begins Tuesday. The reigning MVP of the NFL could be fined $93,085 for his absence.

The Broncos should foot the bill. They have more quality players than any time since the Super Bowl 50 season of 2015. But their quarterback situation remains bad news, not good.