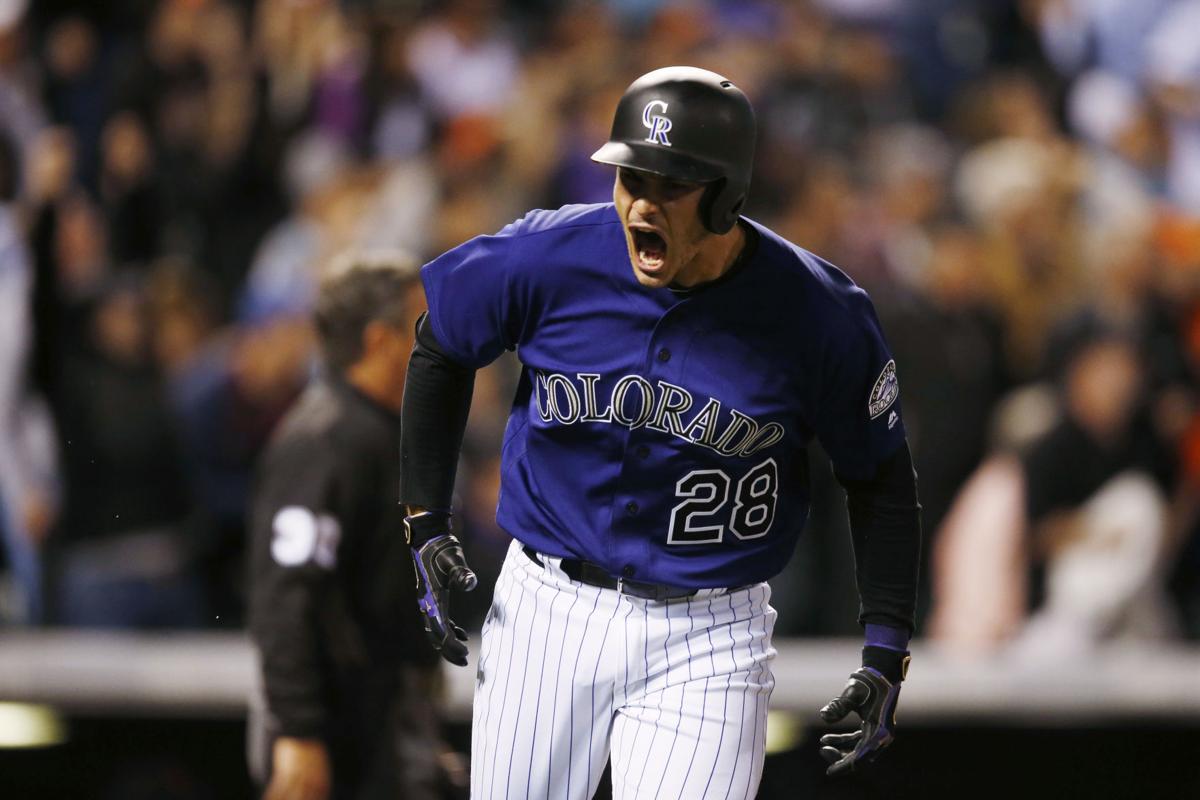 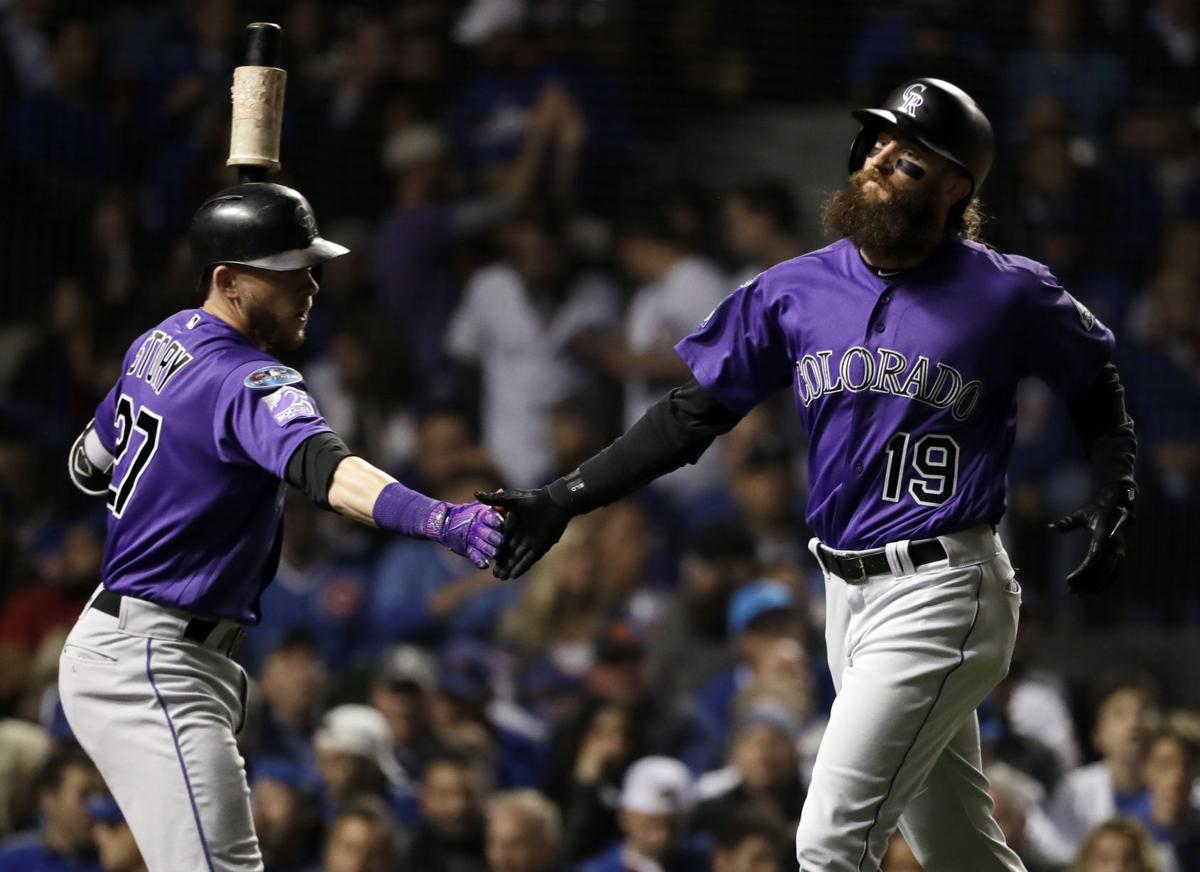 DENVER — Some of the truest words spoken during the coronavirus pandemic came from an unlikely source.

Unlikely, since Nolan Arenado is known for his heavy bat and Gold Gloves, not his opinions.

But the Rockies’ superstar third baseman spoke to me. Maybe he spoke to you too. It was as if he read my mind. For weeks I’ve tried to convey why the return of sports is a bigger deal than simply playing games again. It’s more than having something to watch at night that’s not a docuseries on a long-ago Chicago Bulls dynasty, or, worse, the hysterics that pass for mainstream news these days.

Arenado articulated what I've been trying to say all along, only better. Better than anyone I've read or heard, he explained the value of sports during a chaotic time in American history.

"During quarantine when you're away you don't have anything to look forward to. There’s no end game. You kind of just don’t know what to do. You start to lose sight. You start to get lazy with how you go about your business. When you’re here around the guys you have to focus and you have to think about them. You have to do the little things," Arenado said.

Instead of a lecture, Arenado spoke from his heart and his experience. He spoke like a man who knows every day counts and he would rather spend the next one living it. More important, he spoke about his own head space. Remember when mental health was #important, way back in 2019? Ah, the good old days. The negative impact on people's temperament from being extracted from their normal routines, cooped up for months on end, has been vastly undervalued. If a $260 million athlete has experienced the adverse effects on his disposition, imagine the family surviving on stimulus checks with several kids at home.

“I think it’s important that we play. That is my opinion. I understand that it’s a tough situation. But I think it’s better to be here than for me to be on my own,” Arenado said.

That’s a profound statement. Professional athletes rarely expose themselves as vulnerable, and that’s precisely what Arenado did. He weighed the risk of working while the coronavirus is very much a part of our lives, asking his family for their “clearance,” and determined the risk is worth it. Maybe the risk that comes with returning to normal life isn’t worth it to you. That’s cool. Stay home, protect the at-risk. But the risk is worth it to other people, and the notion all these fluctuating rules are in place to protect grandma lost its seat at the table when demonstrators flooded the streets right before a COVID-19 spike.

These are my beliefs, not anyone's associated with the Rockies: there’s a percentage of the population that’s only happy when it’s unhappy. It thrives on chaos. It thrives on uncertainty and negativity. It ignores the hypocrisy that comes with drawing a paycheck while telling others they can’t. This is bad news to them: coronavirus deaths are down close to 90 percent since an April peak, the CDC said. That's actually great news. It might surprise folks who are overwhelmed by reports focusing on the number of confirmed infections.

Still, there is risk involved with sports returning. No doubt, and Arenado acknowledged as much. He also acknowledged the risk to his "mental," an aspect that too often has been ignored.

“I think going into the season I knew nothing would be the same. My mental has been about that. This is what it is. This is how this season’s going to go. People might not like this opinion. My personal opinion is I think it’s safer that we’re playing and being around our teammates instead of being on our own,” he said.

Arenado added: “I’m only 29 once and I’m never going to get this time back. I’m going to go as hard as I can. God willing I stay healthy and I’m able to fight through this whole year. But I want to play so I’ll be out there.”

Arenado is not a political guy. He has no Twitter account. He has no Facebook account. He's not a millionaire athlete who craves the spotlight, a rarity these days, unless it means he just made another ridiculous defensive play at third base.

That made his heartfelt address on an emotional situation over a Zoom call even more impactful.

As part of its quarantine, the Arenado family engaged in its usual offseason tradition: Wiffle ball.

“Losing against them is honestly as bad as losing to the Dodgers,” Arenado said.

The phrase “Nolan being Nolan” is normally reserved for his latest highlight at third base.

This time Nolan was being a lot of us.

Columnist Paul Klee writes: Colorado Rockie Nolan Arenado’s approach to COVID-baseball is a pretty good lesson for the rest of us, actually: Sure, it’s weird. And let’s play ball already.