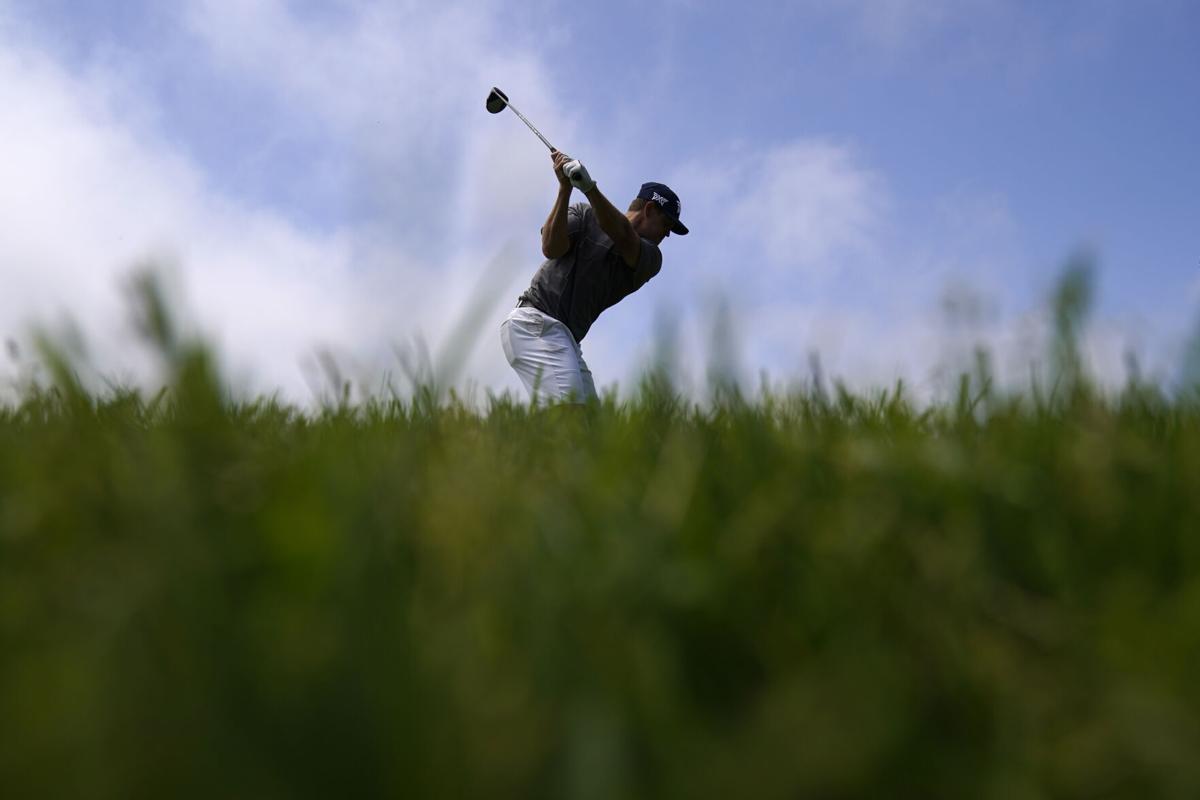 Kyle Westmoreland hits his tee shot on the 14th hole during a practice round of the U.S. Open Golf Championship on Monday at Torrey Pines Golf Course in San Diego. 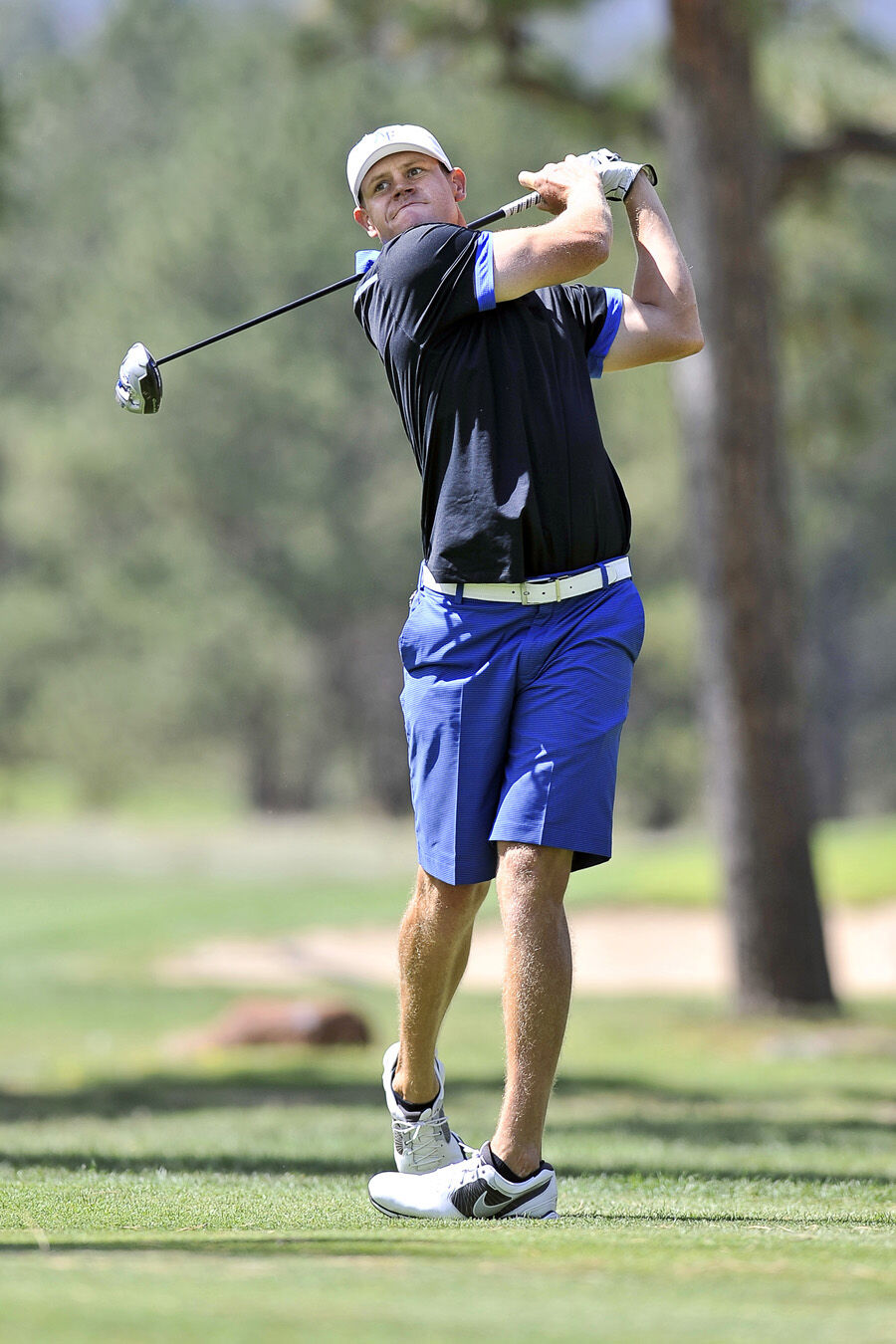 Kyle Westmoreland hits his tee shot on the 14th hole during a practice round of the U.S. Open Golf Championship on Monday at Torrey Pines Golf Course in San Diego.

Does it get any better?

Sure does: “Next on the first tee ... Captain Kyle Westmoreland ...”

Air Force golf is coming to the U.S. Open. The pinnacle of American golf just got better.

“When I drove in on Monday I can’t even describe how it felt to have one of our guys here,” Air Force coach George Koury said Tuesday afternoon from La Jolla, Calif. “It’s special. It’s beyond special.”

This is the first Open with an Air Force graduate in the field. It’s the first major championship with an Air Force grad in the field, and if you know, you know: nowhere reps its men and women like Air Force reps its men and women. It was that way when Ben Garland played a part in one of three Super Bowls. It was that way last week when steeplechase star Mahala Norris became the first woman from the academy to win a national title in a running event.

And it’s that way on the most spectacular track in the Open rotation. Koury, the academy’s longtime golf coach, has been there all week, shadowing Westmoreland during his practice rounds.

“For me and the Air Force golf program, this is it. This is the biggest highlight,” Koury said. “(Three-time Super Bowl champ) Chad Hennings is our flagship athlete, but our young men are out doing great things all over the world. We’re just lucky in athletics to get publicity for it.”

Tune in. Scan the gallery at Torrey Pines. Spot all the Air Force swag that lines the fairways. Former Air Force assistant coaches, former Air Force trainers, between 15-17 former Falcons players — they’re all there. They’re all there for Kyle, one of theirs. God bless The Masters, but the Open is it, the most democratic of the majors. This year 19 qualifiers, including Westmoreland, played their way into the field through local and regional qualifying.

“Everyone wants to play in the U.S. Open,” Westmoreland told reporters.

Tough to fact-check this sort of thing, but I’ll wager a guess and say he’s also the first Open qualifier whose caddie flew missions in the Persian Gulf. Ryan Kramer’s on the bag. He was Air Force ‘14, a former golfer and baseball player with an MBA from the Wharton School.

“It is something you can talk about (in recruiting). Any time our young men and women are out in front of the public eyes it helps with exposure,” Koury said. “But I’ll be the first one to tell a young man if you want to play on the PGA Tour, this is not your best route. We’ve had guys who succeeded (in golf). But again, that’s not what we’re about. We’re about producing young men and women who make the world a better place. This is a bonus.”

After graduating in 2014 Westmoreland completed his five years of service time while mostly stationed in Charleston, S.C., where he practiced on a night driving range. He worked in South Carolina with Allen Terrell, whose prize study is Tour moneymaker Dustin Johnson.

On its surface, the Westmoreland story seems ripe for a Tom Rinaldi tear-jerker some time during the second round Friday. No harm done, but that’s not what it is. Fairy tales don’t shoot 72 to open U.S. Open qualifying ... then close 63-63. Legitimate tour hopefuls shoot 63-63 to close U.S. Open qualifying. Westmoreland bombs it 336 yards off the tee on average. At 6-foot-3, 225 pounds, he could stand in for one of Troy Calhoun’s linebackers at Falcon Stadium.

What I’m saying, what his Air Force golf coach is saying, is that Kyle Westmoreland is no fluke.