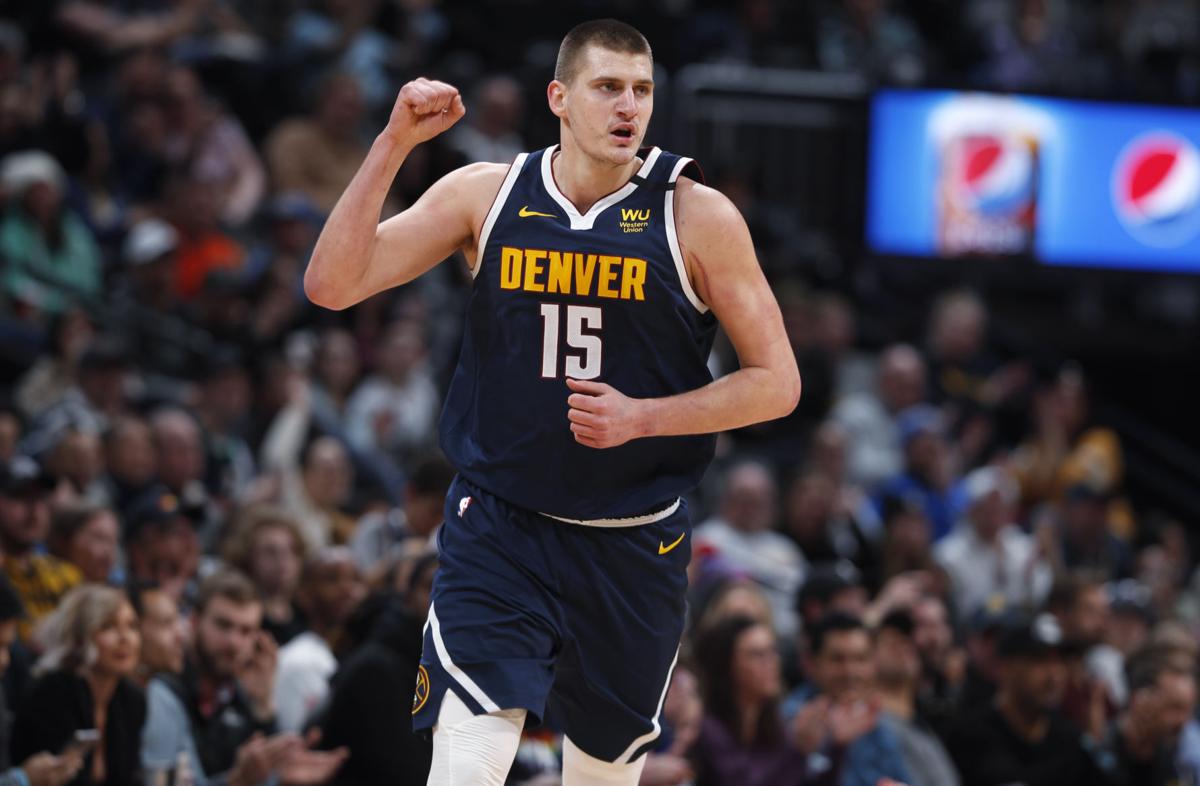 Nuggets center Nikola Jokic celebrates after hitting a 3-point basket against the Portland Trail Blazers on Feb. 4, 2020, in Denver.

Nuggets center Nikola Jokic celebrates after hitting a 3-point basket against the Portland Trail Blazers on Feb. 4, 2020, in Denver.

DENVER — On the Friday night when Nikola Jokic receives the Maurice Podoloff trophy as the Most Valuable Player of the NBA, a first in the 53-year history of the Nuggets, Ball Arena will go crazy.

Unless, as coach Michael Malone said after the Phoenix Suns “embarrassed” the Nuggets 123-98 in Game 2: “We play like this (and) they’re going to boo us off the court, and rightfully so.”

Looking at you, MPJ. Two months from now the 22-year-old Michael Porter Jr., agent Mark Bartelstein and the Nuggets will “engage” in negotiations on a contract extension, general manager Calvin Booth told The Denver Gazette. The deal could be worth up to $160 million, give or take a private island. MPJ’s effort in this series hasn’t been worth a dime.

Porter and the non-Jokic Nuggets (Will "The Thrill" Barton excluded) should've been required to purchase a ticket for Game 2. They watched. Maybe they stayed after to get autographs from Chris Paul, Devin Booker and Deandre Ayton.

But Friday night will be a rip-roaring riot at Ball Arena. Late tip (8 p.m.), no work or school the next day, a long-overdue full-capacity crowd for the first time since the joint was called Pepsi Center. While NBA commissioner Adam Silver will not be in attendance to formally present Jokic with the MVP trophy in a pregame ceremony, the Nuggets are planning “something special,” a source said, for the historic moment.

Could it be the Nuggets flew in his dear mother and father from Serbia, for whom Joker bought a new house? An MMA match between brothers Nemanja and Strahinja? A tribute video from his beloved horse, "Dream Catcher"?

Standby, and charge your camera phones.

Accepting awards is not Joker's jam. For the longest time, Jokic had only one piece of self-promotion hanging in his locker at Ball Arena: a red ribbon from a community horse race he won in Serbia. Please, let this man save the NBA.

How the Nuggets players can honor Jokic is clear: compete as if $160 million depends on it.

I don’t believe the Nuggets can overcome a 2-0 deficit vs. the Suns and win this series. I do believe the remainder of this series will serve as a handy referendum on the roster for 2021-22.

MPJ will be back. Of course MPJ will be back. I saw his 22-point quarter against the Trail Blazers just like you did. But that monster contract extension that’s probably coming in August is also going to come with some serious angst at Ball Arena. It’s not a no-brainer like Joker’s contract extension was. It’s not an obvious one like Jamal Murray’s. It's a wild card.

When Joker ultimately brings an NBA title to Colorado, will Porter play a major role?

MPJ wore a back brace at least during warmups on Wednesday. A back injury has plagued his career dating to high school, and his back is why he slid to the Nuggets at No. 14 in t 2018 draft.

“(His) back is fine,” Malone said Wednesday.

If that’s the case and MPJ is good to go, it’s smelling salts for Game 3, not an ice pack.

The Nuggets have a Big 2 (with Jokic and Murray) and still are figuring out if it’s a Big 3 (with Porter). That’s my belief, anyway. Option 1 is the MVP of the NBA, Option 2 is out with a major knee injury, Option 3 has recurring back issues that clearly are still part of the equation.

Even with the MVP here, nothing is guaranteed.

A window can close as quickly as it opened.

Jokic, 26, is endearing and yet to peak. He now owns as many MVP awards as Kobe Bryant, Hakeem Olajuwon, Dirk Nowitzki, Bill Walton, Allen Iverson and Shaq. Joker is a one-and-only.

But this should not be the case: “I think I need to be on top of my game every game,” he said.

Friday night in LoDo combines the best moment for Nuggets fans (an MVP presentation for their beloved Joker), and a least-favorite scenario for the man himself (the center of attention).

His teammates must honor the best player in the world in a way Jokic would truly appreciate: hold the applause, and play as hard as he does.