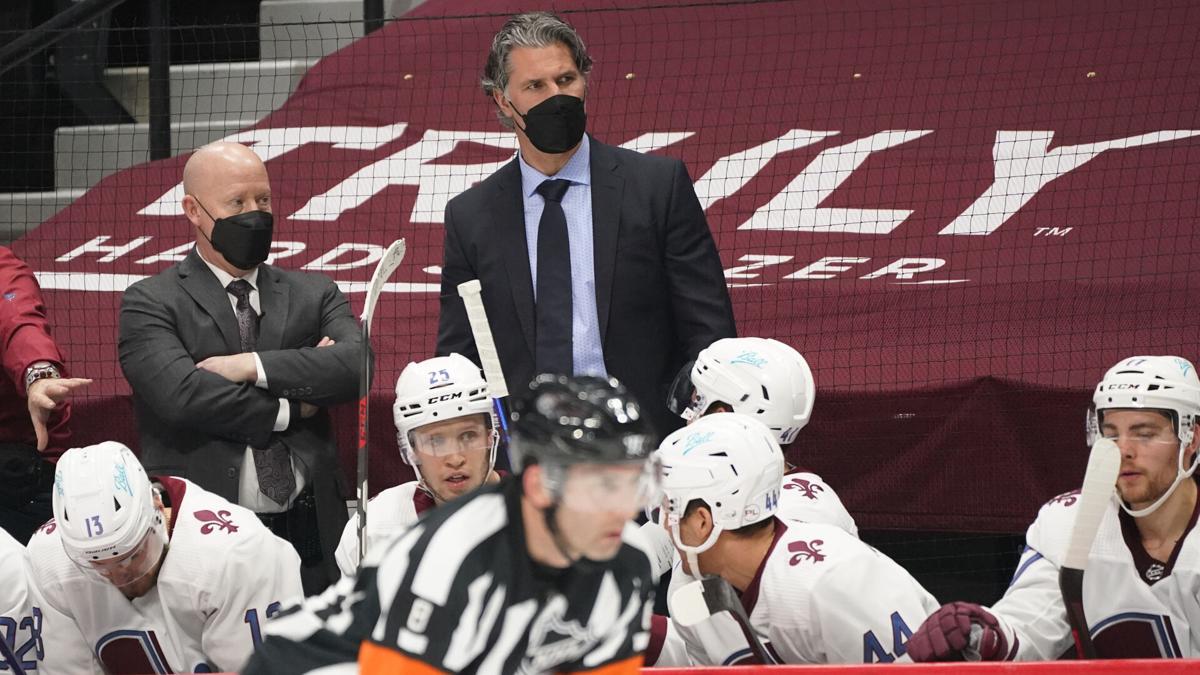 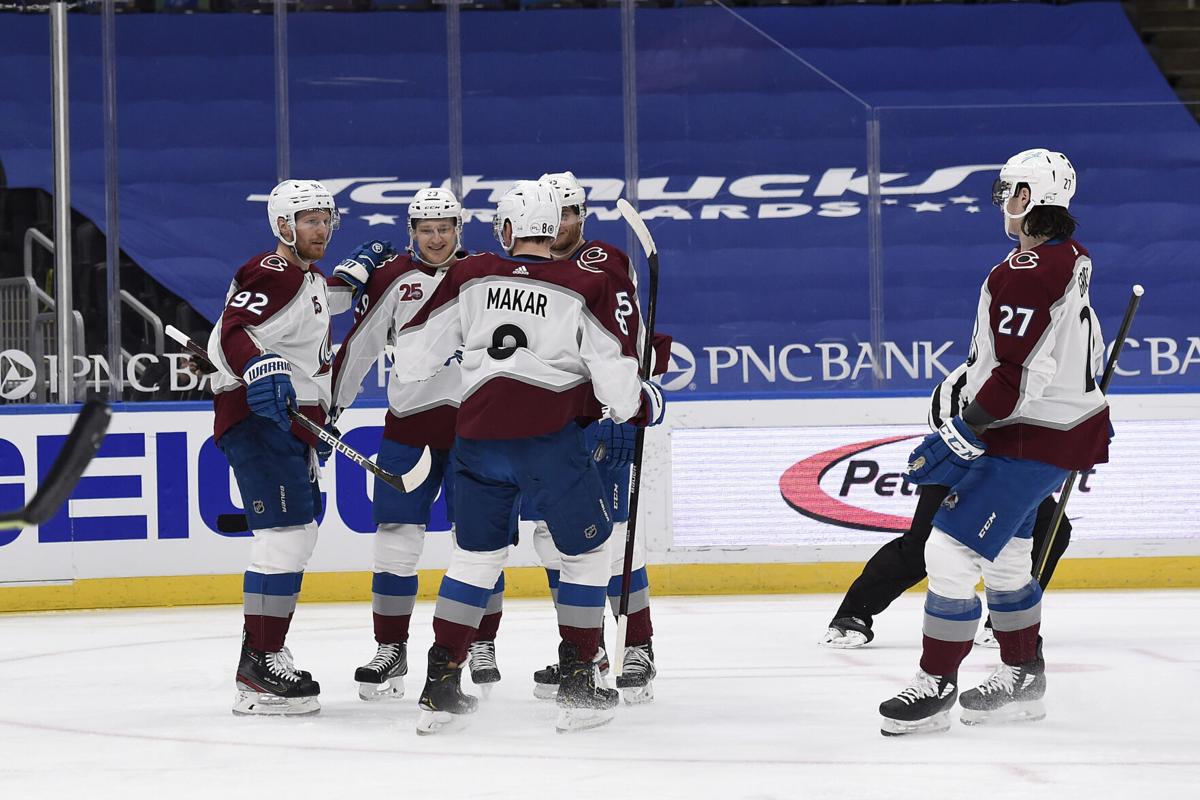 Colorado Avalanche's Gabriel Landeskog (92) is congratulated by teammate after scoring a goal against the St. Louis Blues during the first period of an NHL game on Saturday, April 24, 2021, in St. Louis. (AP Photo/Joe Puetz)

Colorado Avalanche's Gabriel Landeskog (92) is congratulated by teammate after scoring a goal against the St. Louis Blues during the first period of an NHL game on Saturday, April 24, 2021, in St. Louis. (AP Photo/Joe Puetz)

The coach of the Lake Erie Monsters, that’s who — and Jared Bednar now has coached more games for the Avalanche than Bob Hartley, Joe Sacco, Joel Quenneville, Marc Crawford and the man he succeeded, Patrick Roy. Score one for the unknowns, gut instinct, not playing it safe.

Five years ago in August, Sakic did not play it safe. The Avalanche general manager did not go with the proven commodity. He took a chance. Sakic hired a 44-year-old “Who dat?,” Bedsy.

“I place a lot of value in winning championships,” Sakic said at the time.

Only two coaches have won championships in the ECHL and AHL — Bruce Boudreau and Bednar. No coach has secured the championship hat trick — ECHL, AHL and Stanley Cup.

The Avs lost in St. Louis to the Blues Saturday, 5-3, only their second loss in regulation in 48 days.

“I believe our guys will bounce back,” Bednar said after.

It’s been that kind of month-and-a-half for the Avs. They’re 18-2-2 in their past 22. Crazy. They’d already clinched a playoff spot with 13 to go, and only the Vegas Golden Knights clinched one faster. Bednar joined Hartley as the only Avs coaches to reach four straight postseasons.

Yes, the rise of the Avs can be traced to player development and sharp drafts, and it probably took a one or two film sessions to accurately determine Nathan MacKinnon, Mikko Rantanen and Cale Makar were worthy first-round picks. (No-brainers.) But hiring an AHL coach with no NHL playing or coaching experience is another matter altogether. Hiring Bednar was stepping out on a limb and a departure from the Avs' norm. He was their first coach (out of seven) with no previous ties to the organization. Safe is overrated, anyway. Live a little.

The success of Bednar, 49, is a win for every job candidate who was told they don’t have enough career experience. How does one accrue experience without being hired in the first place?

Ultimately, Bednar’s tenure will be judged by the absence or presence of a Stanley Cup. The two coaches who guided Sakic’s Avs to championships had no previous NHL coaching experience, either. Crawford, the first coach here, coached three seasons, 246 games. Hartley coached 359. Bednar’s No. 360 arrived Thursday, a 4-2 win over the Blues in St. Louis.

“It’s been a lot of fun. I enjoy the heck out of coaching this team and these players,” Bednar said Friday. “When they work like this — and you start seeing the results coming year after year — it’s highly encouraging as a coach. I think our buy-in on a bunch of aspects of our game, especially on the defending side of the puck, and getting more committed to a good all-around team game (is key). I like what’s going on around here, and that’s a credit to all the players.”

If only professional general managers, team owners, college administrators, athletic directors and school presidents had the foresight and huevos to take a chance on lower-level candidates, assistant coaches and unknowns. Give a shot to the Division II basketball coach setting scoring records, the minor league hockey coach who's won at multiple levels of the game. Take a chance, and he or she might become the longest-tenured coach at the highest level.

“I have a style of play that I think works in today’s game. I think we have to be an aggressive team,” Bednar said in August 2016. “The game’s getting faster every day, and I think you have to play an up-tempo style. You have to attack. That’s not just offensively. It’s defensively as well.”

No, he's not Nolan Arenado. Yes, in miserable, snowy weather, Rockies starting pitcher Austin Gomber showed he should stick around Coors Field for a while, Paul Klee writes.