Avalanche center Nathan MacKinnon waits for a faceoff against the New York Islanders in the second period Feb. 19, 2020, in Denver. 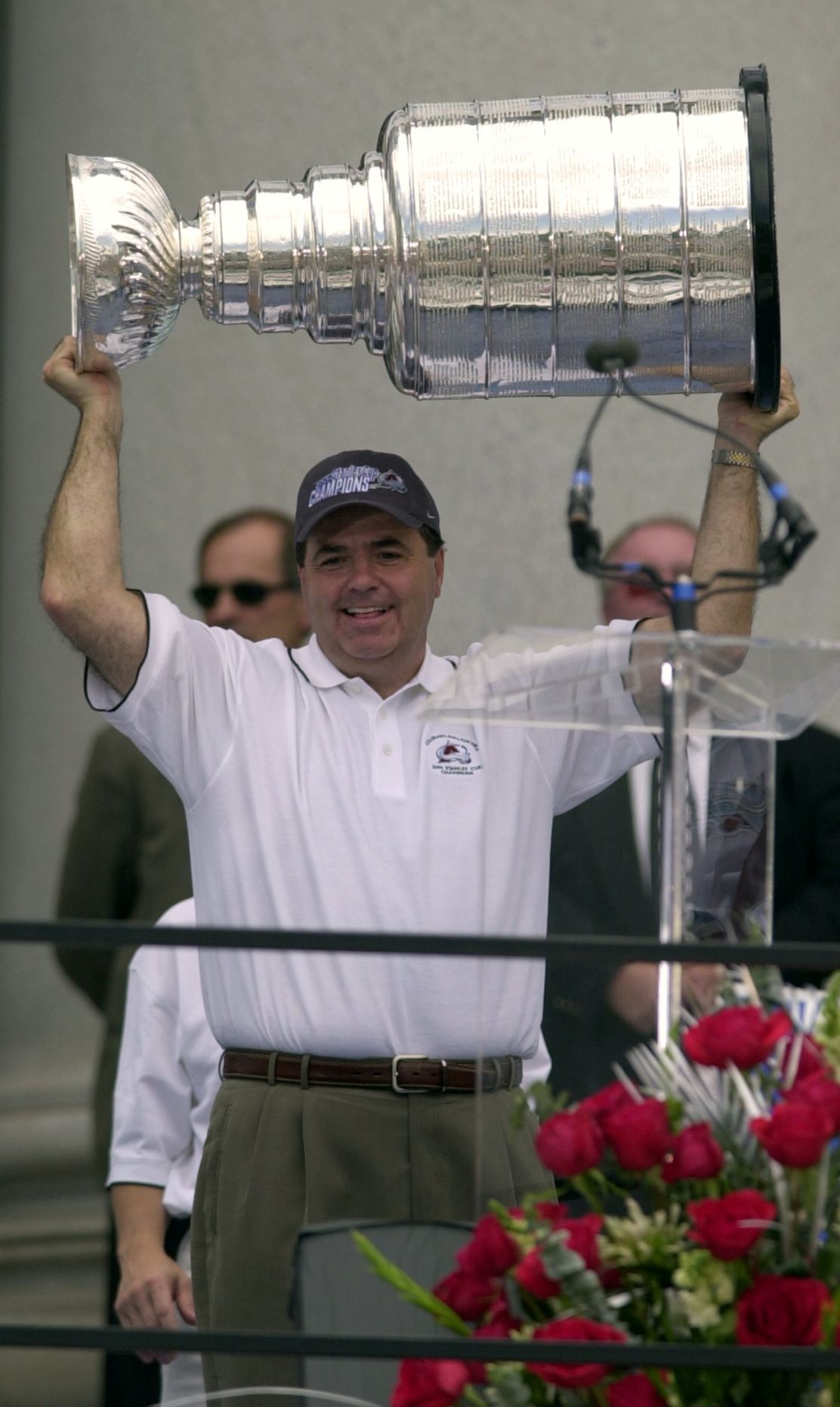 Avalanche center Nathan MacKinnon waits for a faceoff against the New York Islanders in the second period Feb. 19, 2020, in Denver.

DENVER — As the Avalanche goalies took the ice for practice at 10:24 a.m. Tuesday, a mostly empty Ball Arena echoing around them, a coach leaned on the initials glued to a corner of the boards.

Wednesday, the Avs open the most anticipated season since his own glorious days as general manager, and Pierre Lacroix’s shadow stretches up and down the team’s second era of Stanley Cup contention. Just look at all the ways these Avalanche, who host the St. Louis Blues in the opener, mirror those Avalanche.

One, speak softly and carry a big hockey stick. Joe Sakic’s operation stands as the most tight-lipped in the same city that employs Jeff Bridich.

“The one thing that everybody knew about Pierre is you never knew what he was doing,” Sakic said of Lacroix, who passed away Dec. 13, the architect of two Avs Stanley Cup titles.

Two, winning by itself is not mission accomplished. Success must be accompanied by a most entertaining brand of hockey — from powerful, swift forwards to slick, dynamic defensemen. Yes, style points matter.

“It’s not only important to win,” Sakic said Tuesday. “It’s important to put an exciting product on the ice for your fans.”

Three’s the fun one, the place where the Avs find themselves now: Go big, or stay home.

“We expect to compete for the Stanley Cup,” Sakic said. “At the end of the year we want to hoist that over our heads.”

Then comes the tricky part — now as it was then. What put Lacroix’s Avs over the top, and cemented a Western Conference powerhouse of nearly a decade, was the trade for Patrick Roy.

Will Sakic and the Avs pull the trigger on a seismic deal — if it turns out the goalie tandem of Philipp Grubauer and Pavel Francouz are not good or healthy enough? Twice in the past three years Avs goalies encountered injury problems at the worst possible time, in the playoffs.

For a franchise that’s been building to this point for years, availability is the greatest ability.

When Sakic explicitly stated on the eve of the season opener the Avs expect to win the Cup, it’s no small thing that Grubauer, the No. 1, has never played more than 37 games in a season.

Between the pipes stands the single question mark for an Avs roster that’s loaded for bear.

“In my mind (Roy was) the best that ever played that position,” Sakic said. “We were spoiled.”

And goodness gracious is this Avalanche roster loaded for bear. Midway through Tuesday’s practice, an Argus security guard stuck his head through the curtain that separates the concourse from the action.

The Avs looked to the past to build their future, and this will be a season-long tribute to the brain behind their championship years. I didn’t know Lacroix, not like Woody Paige and others did. But I joined Coloradans everywhere in benefitting from his ability to shape all-timer rosters that hooked a generation on hockey. Of The Gazette’s top 25 most memorable moments in Avs history, the bulk can be linked to Lacroix.

“He was such a special person, special to our organization,” Sakic said.

Prior to puck drop Wednesday against the Blues, Ball Arena will host a moment of silence for Lacroix, the first GM to win a title in Colorado. Decals with “PL” highlight the Avs helmets, as well as his name on the boards. Sakic suggested more is in store next season, 2021-22, when fans should be allowed back into Ball Arena.

And the team will honor its late, great GM in the most respectful way possible, with a roster that plays like one he would have built — fast and focused on one goal, winning the Stanley Cup.

Paul Klee: Why Avalanche are Stanley Cup-or-bust ... while Broncos enter another offseason of uncertainty

The Avs are a Stanley Cup favorite because they're aligned from the front office to the fourth line, Paul Klee writes. Down the road at Dove Valley, Broncos are overhauling the operation yet again.