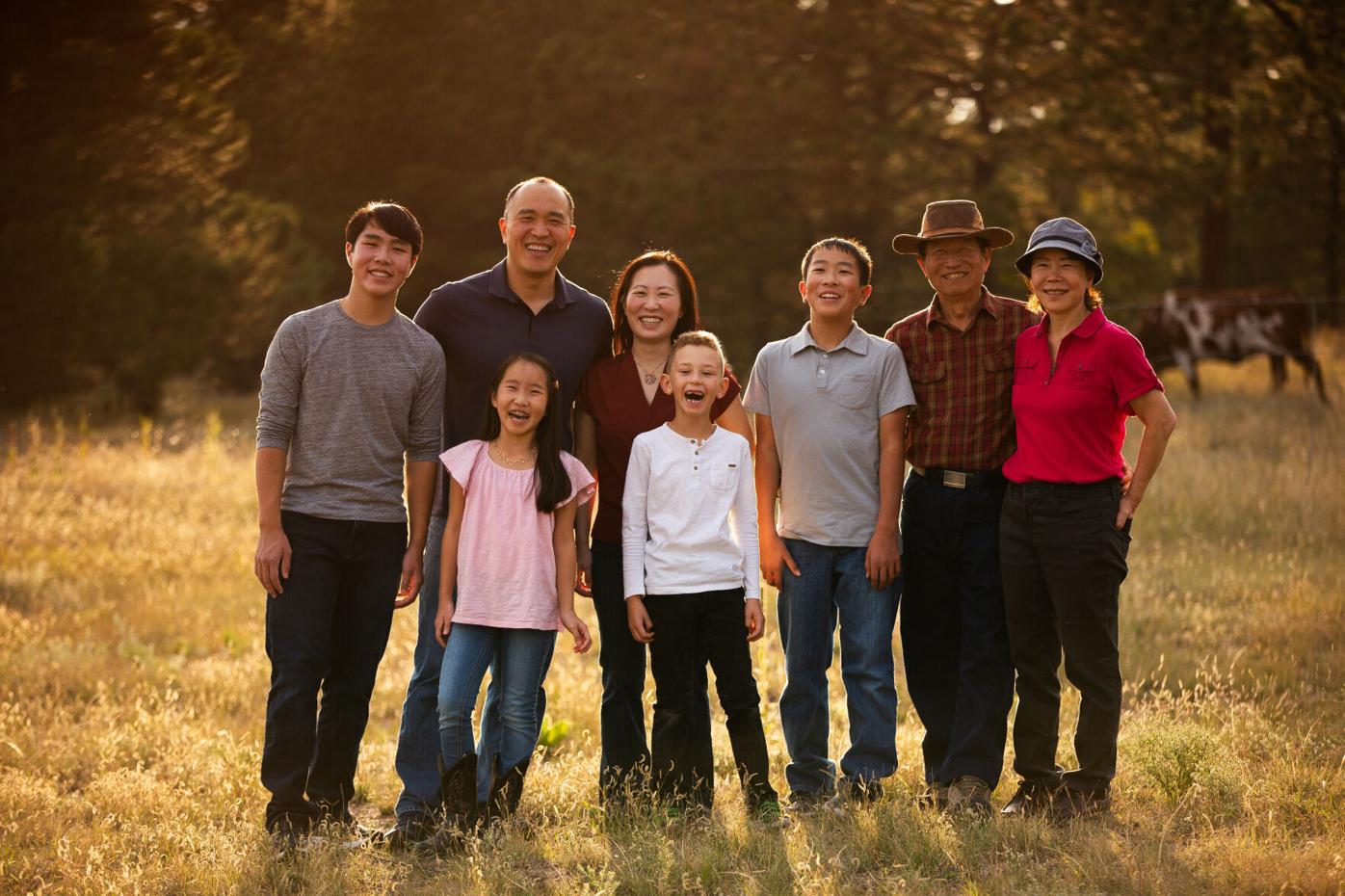 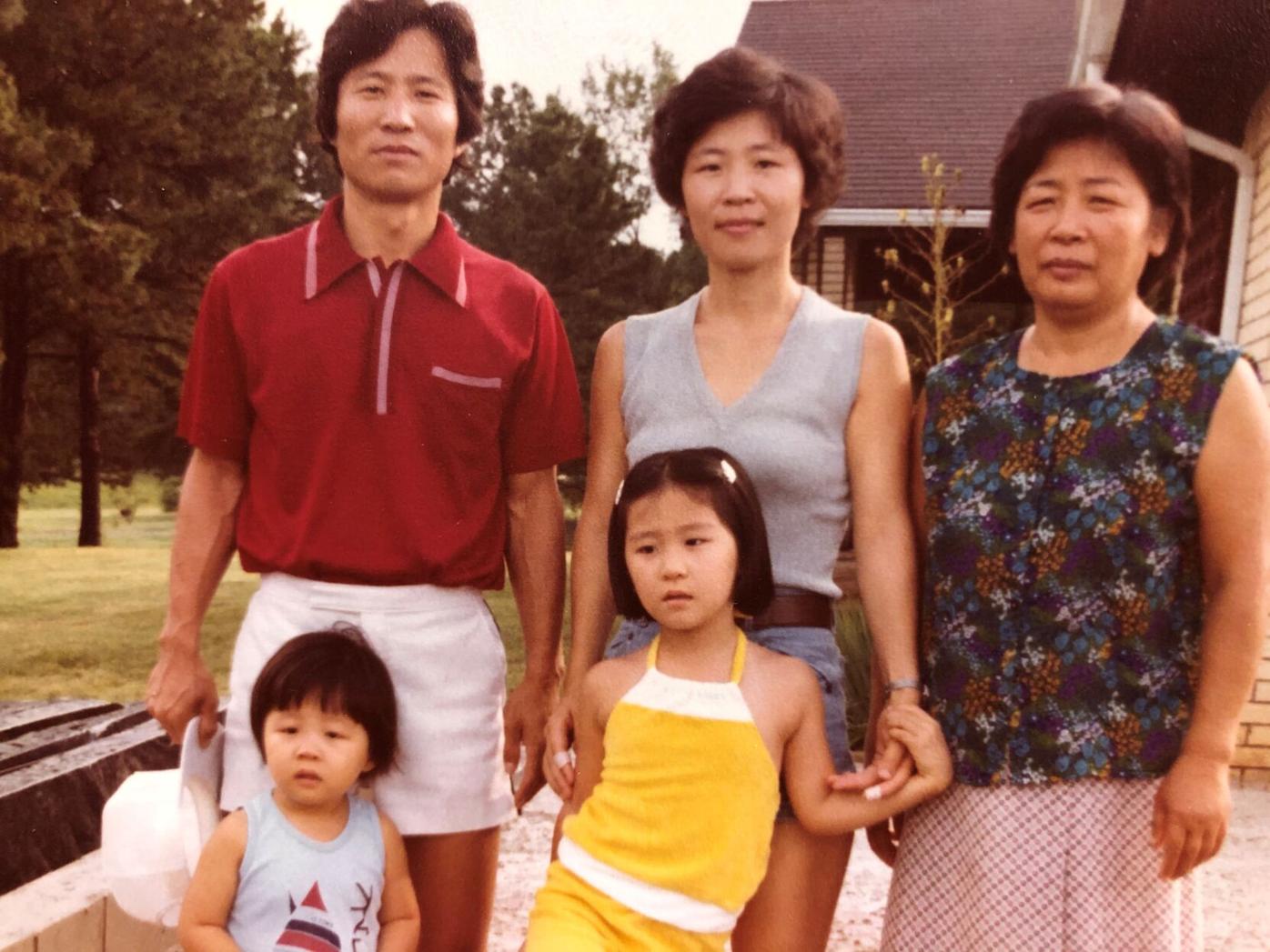 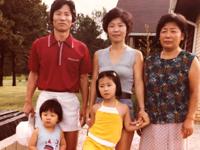 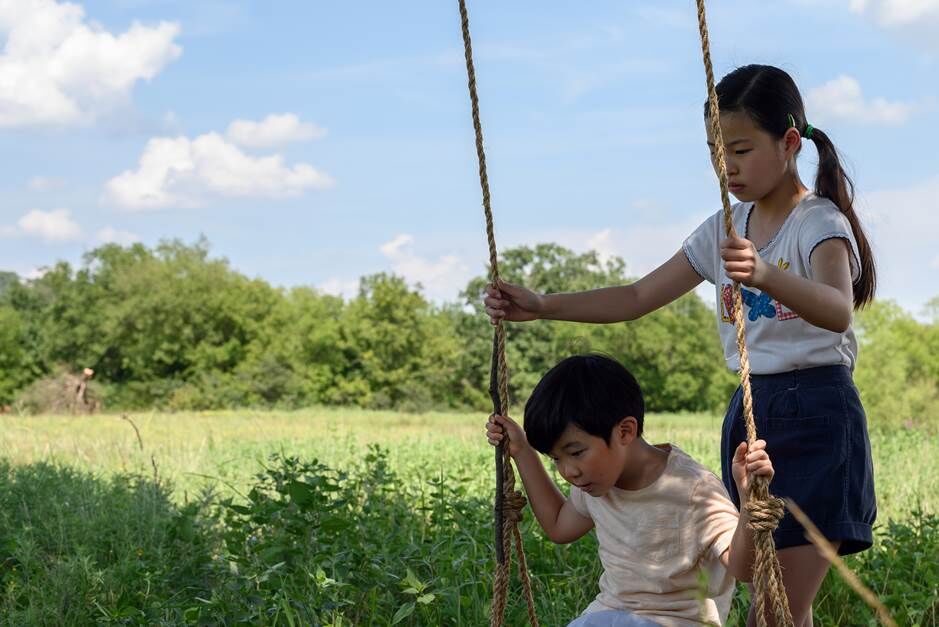 Courtesy of A24 Alan S. Kim and Noel Cho star as David and Anne in “Minari,” the Oscar-nominated film by Lee Isaac Chung. David and Anne are composite characters based on Isaac and his sister, Leisle Chung, who lives in Colorado Springs.

Courtesy of A24 Alan S. Kim and Noel Cho star as David and Anne in “Minari,” the Oscar-nominated film by Lee Isaac Chung. David and Anne are composite characters based on Isaac and his sister, Leisle Chung, who lives in Colorado Springs.

Leisle Chung is able to do something most of us never will: watch her childhood play out on the silver screen.

But most of us don’t have brothers who are Hollywood writers and directors. The Colorado Springs woman happens to be the older (by three years) sister of Lee Isaac Chung, the man who wrote and directed the Oscar-nominated, semiautobiographical film “Minari,” inspired by his childhood in rural Arkansas with his South Korean parents. It’s up for six awards April 25 at the 93rd Academy Awards: best picture, director, original screenplay, actor, supporting actress and original musical score. You can bet Leisle, along with her parents, who also live in the Springs, will be watching.

The moving Korean-American immigrant film premiered at Sundance Film Festival in early 2020 and won the festival’s U.S. Dramatic Grand Jury Prize and the U.S. Dramatic Audience Award. It also nabbed best foreign language film this year at the Golden Globes. This is Isaac’s fourth feature film and is in theaters now.

“I expected it — maybe it’s the older sister bias,” Leisle says about the Oscar nominations. “(Isaac) has always been someone who sees the beauty in a situation and the beauty in people. He took our childhood, and he created this incredibly heartfelt poetic film about that time in our life.”

“In addition to being a proud older sister who wants to support the movie,” Leisle says, “we’re also trying to figure out how do we show gratitude to this community?”

Set in the ’80s, the film chronicles the journey of a Korean couple (Steven Yeun, from “The Walking Dead,” and Yeri Han) who move their two children from California to rural Arkansas, where they find work as chicken sexers and attempt to grow and sell Korean produce. After they land in their new life, grandmother Soonja (popular Korean actor Youn Yuh-jung) arrives from Korea to help care for the kids and provide some of the film’s comic relief and most poignant storylines. The tale is mostly told from the viewpoint of the youngest son, 7-year-old David (Alan S. Kim), who’s based on Isaac.

“This point of view lends ‘Minari’ a feeling of dreamlike wonder, which is harmoniously conveyed through the storytelling, cinematographer Lachlan Milne’s gorgeous imagery and composer Emile Mosseri’s sublime score,” Los Angeles Times columnist Glenn Whipp writes in a review. “‘Minari’ in its entirety feels like a balm right now, a gentle, truthful and tender story of family filled with kind people trying to love one another the best they can. It’s filled with the specifics of Chung’s Korean American upbringing, but it’s also universal in its insights into the resiliency of the human spirit.”

Leisle and Isaac’s father left his home in post-war Korea for the U.S. in the ’70s and worked odd jobs across the country before finally saving enough money to bring over his wife and daughter. Early on, the family lived outside Denver, where Isaac was born, before moving to rural Lincoln, Ark., where the film is set.

“People in the Ozarks tend to be hard-working, rooted in nature and private,” Isaac says. “Our family fit right in. We found community quickly and weren’t treated differently within our school. Inside our home we had our own unique culture my parents maintained as immigrants, a kind of culture that held to certain elements of the old country while adopting some of the new elements of America.”

To create the film, Isaac had to go back in time. He sat down one day and wrote out as many memories from childhood that he could remember. The result? More than 80 nuggets, including huge, life-defining moments, such as when their grandmother burned down a good chunk of their farm, and smaller ones — the lunch pail his parents carried to work. He saw a story arc and began linking the scenes together.

“I felt it important to address the various themes within the story, those of love and relationships,” Isaac says. “I didn’t feel too precious about telling a memoir of any sort. I tend to feel suspicious that my life is interesting to anyone else.”

Their grandmother was a defining character and pretty much a third parent. Only 20 when her husband died in the Korean War, the young single mom bought her own store and became a businesswoman. She sold everything, including her store, when she came to the U.S. to help with her grandchildren.

“We had a very playful relationship. I was young and a rascal. She didn’t lose a step with me and probably had a lot of fun antagonizing me. We became very close,” Isaac says. “It seemed as though there was never a limit to her love. With ‘Minari,’ I wanted to make a film that could remember and humanize her, and I wanted to work through some of the regrets I have about her, the lack of appreciation I had as a child.”

Isaac and Leisle’s parents, now in their 70s, were understandably a bit nervous about a film based on their lives. Isaac also was hesitant to tell his private parents about the project until it was given the green light, Leisle says. All turned out well.

“They’re just so proud of my brother and what he’s done and his accomplishments,” Leisle says. “That outweighs anything. There are things people take from the film and wonder if that was real life and it wasn’t. There’s a little bit of that, but they also understand most people know this is inspired by our family.”

And minari? The crispy-stemmed, leaf-topped herb tastes a little like parsley and is used in many Korean foods. Grandma Soonja brought the plant over from Korea and planted it, says Leisle. Though the family’s real-life farm never did that well, the minari was effortless to grow.

“It’s symbolic in some ways,” she says. “You don’t really harvest the first planting of minari. It grows, then dies out. It’s the future regrowth that does well. There are properties of this plant that purify the water and the soil around it. It’s a very poetic plant in some ways. That’s one of the reasons the film is named ‘Minari.’ It’s fitting.”

Colorado cleaved into Leisle as a girl, and after her husband finished a fellowship, they relocated here in 2009 from Atlanta. When he couldn’t find a job as a dermatologist, Leisle offered to take a six-month leave of absence from her job with a management consultant firm to help him open his own practice. The couple now has six locations of Vanguard Skin Specialists across the Front Range, including Pueblo and Cañon City.

The couple will rent out theaters in the Springs, Woodland Park, Pueblo and potentially Cañon City throughout April for free film screenings. Capacity is limited, but reservations will be accepted until theaters are full.

“Much like the way my family, the Chung family, moved to this community in Lincoln, Ark., and it became home, I feel like my husband and I moved here and it very much has become home for us,” Leisle says.

“We wanted to express gratitude over this past year to the people who sacrificed so much.”

Something else: "Minari" also is available at local theaters and streaming online at Amazon.com and Apple.com

This is where Sean Garman came when everything fell apart.