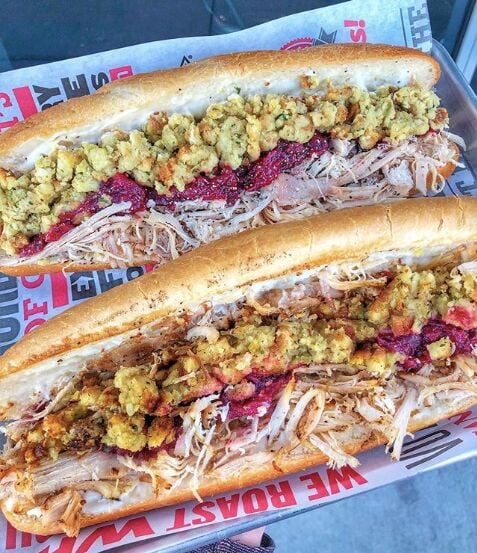 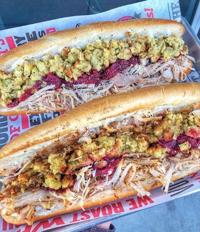 Capriotti's Sandwich Shop has a focus on turkey, and its signature sandwich, "The Bobbie," combines freshly roasted turkey, cranberry sauce, stuffing and mayo. The national chain's first Colorado Springs location opens Dec. 6 on the city's south side as part of the new Creekwalk shopping center. 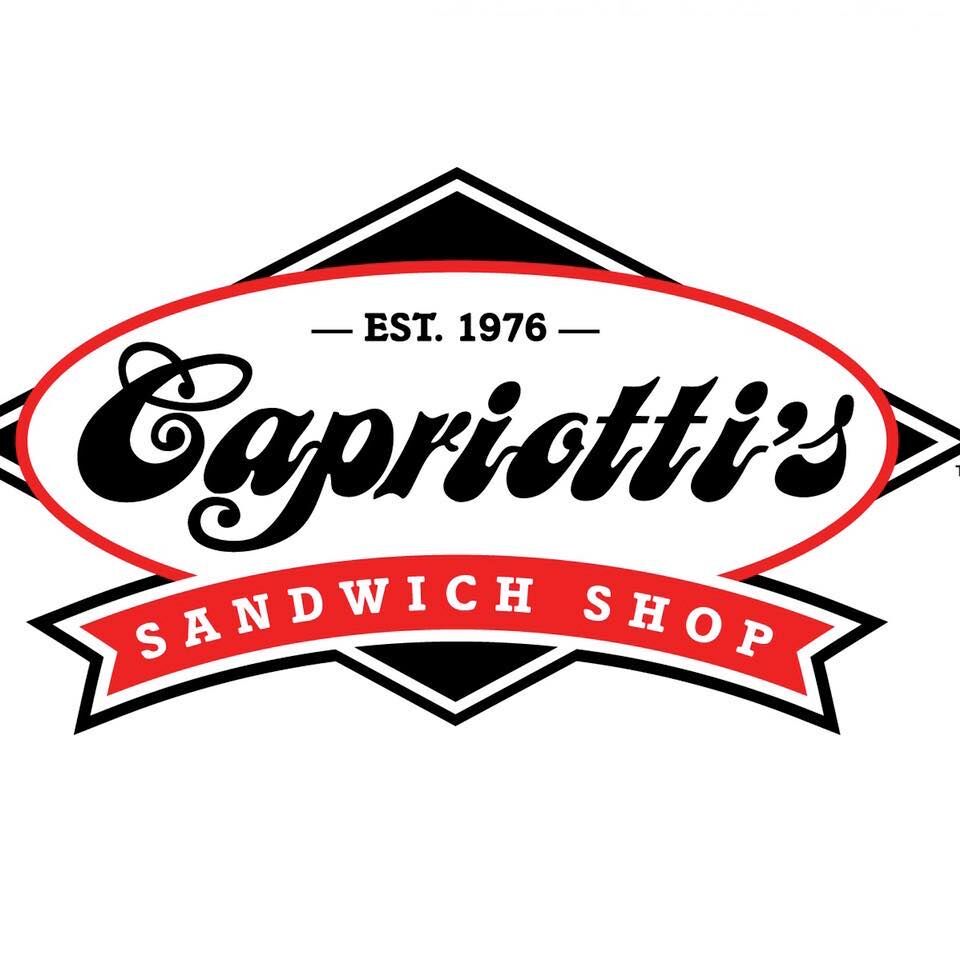 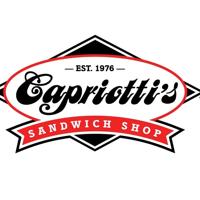 Capriotti's Sandwich Shop has a focus on turkey, and its signature sandwich, "The Bobbie," combines freshly roasted turkey, cranberry sauce, stuffing and mayo. The national chain's first Colorado Springs location opens Dec. 6 on the city's south side as part of the new Creekwalk shopping center.

When Capriotti's Sandwich Shop opens its first Colorado Springs location, every day will seem like Thanksgiving.

The national chain — whose signature sub sandwich combines freshly roasted turkey, cranberry sauce, stuffing and mayo — plans to open Dec. 9 at 140 E. Cheyenne Road on the city's south side. Capriotti's will be part of the new Creekwalk shopping center, which is a centerpiece of the city's South Nevada Avenue redevelopment project.

The location will be the second in Colorado for Capriotti's; the chain's first restaurant opened in late July in Highlands Ranch.

A brother and sister launched Capriotti's 45 years ago in Delaware, naming the shop after their grandfather and seeking to create a sandwich for "real turkey lovers," the chain's website says. That goal led to the chain's concept of roasting whole turkeys overnight to produce freshly cooked meat for sandwiches.

Capriotti's began to add locations in the late 1980s, and later franchised the brand, according to the website. Now headquartered in Las Vegas, Capriotti's has more than 125 locations nationwide.

In Colorado Springs, husband-and-wife franchisees Ron and Christen Sanders say they had never heard of Capriotti's until summer 2017. That's when Ron started a new job in Las Vegas and his boss took him to eat at a Capriotti's, where he said he fell in love with the food.

Christen, too, frequented Capriotti's in Las Vegas, which she said reminded her of her first job at a mom-and-pop bagel store growing up in Florida.

Here's when Whataburger expects to open in Colorado Springs

An Air Force Academy graduate, Ron retired in 2012 after more than 27 years of active duty in the Air Force. He still works with the military as a strategic planner for a Huntsville, Ala., defense contractor that supports U.S. Space Command in the Springs.

He and Christen, who worked for more than 20 years in the restaurant industry, were moving to Colorado Springs as a part of Ron's job with the defense contractor. By 2020, they began to explore the possibility of becoming a Capriotti's franchisee.

Another franchisee who had planned to bring Capriotti's to the Springs backed out because of health reasons, Ron said. That opened the door for the Sanderses and they jumped at the opportunity to become franchisees.

Competition is plentiful among sandwich brands, just as it is among burger, pizza and chicken chains.

The Sanderses say there's room for Capriotti's, however, and are confident its food quality will stand out.

Turkey is served on "The Bobbie," the Capriotti's sandwich that resembles a Thanksgiving meal on bread; it's also a staple of other sandwiches on the menu.

Capriotti's also uses American Wagyu beef from Snake River Farms, along with freshly prepared meatballs and tuna fish, for its made-to-order sandwiches. Pastrami, several varieties of cheesesteak and Italian sausage are among sandwiches on the menu.

"We're not getting a package of processed meat they put on the bottom of a sandwich," he said. "It's fast casual, but high-end ingredients."

The Sanders said they liked the Creekwalk concept as a location for their restaurant and were approached by representatives of The Equity Group, the Springs-based real estate company that has developed the project.

The 50,000-square-foot shopping center has several new-to-market businesses that are in various stages of opening. The center was built along Cheyenne Creek, which serves as an amenity for shoppers along with a pedestrian and bike-friendly sidewalk, seating areas, landscaping and artwork.

Creekwalk won't be the last location for Capriotti's, however.

As franchisees, the Sanderses have contracted with the chain to open three locations within three years in El Paso County and Ron said he's already exploring additional sites. Ultimately, he said the area could support five Capriotti's.

Capriotti's will employ about 30 full- and part-timers, the Sanders said. In addition to indoor seating for 24 people and a patio, a Capriotti's app will allow mobile ordering and the restaurant  will offer catering.

Two national brands that specialize in chicken are moving ahead with expansion plans in Colorado Springs. A third, however, is still trying to…