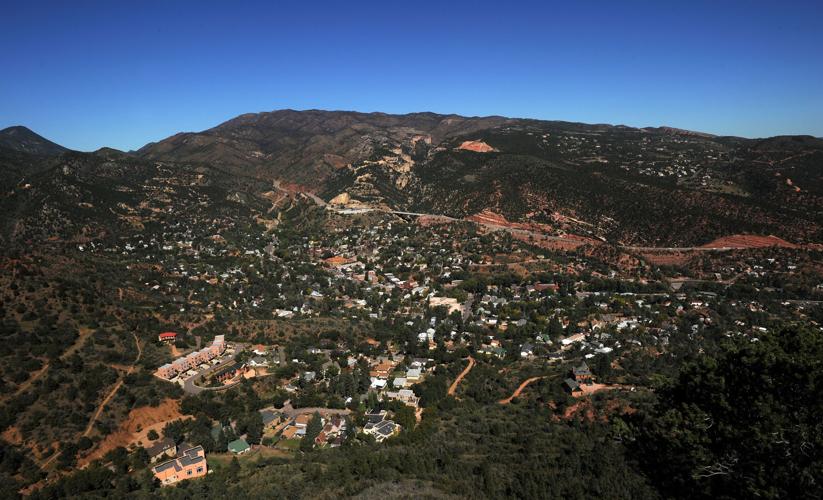 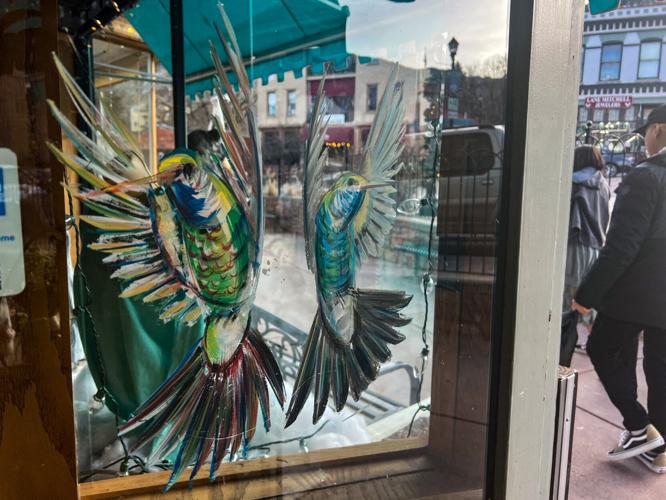 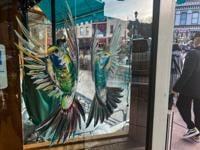 The Manitou Springs City Council recently approved a new Land Use and Development Code that seeks to incorporate "green" practices that pave a sustainable way forward while protecting the city's historical and natural qualities.

The new code, two years in the making by city staff, commissions and other community stakeholders, was approved unanimously on Jan. 3, city officials said.

The updates also modernize the code's fine print itself and make it more "user-friendly" for the average resident than the former code, she said, which was difficult to interpret and could be applied inconsistently.

"(The updated code) is a long time in the making," Nimwegen-McGuire said. "The existing zoning code has just been a series of Band-Aids for a very long time. This new code brings things up to a modern standard."

Under the code, all new commercial or multifamily residential development must earn a minimum requirement of sustainability "points" and can choose a variety of practices from an "incentive menu" to reach that goal, such as providing community garden plots or fruit trees, offering pedestrian connections to preexisting trails, doubling the amount of bicycle parking offered, using permeable concrete and more. 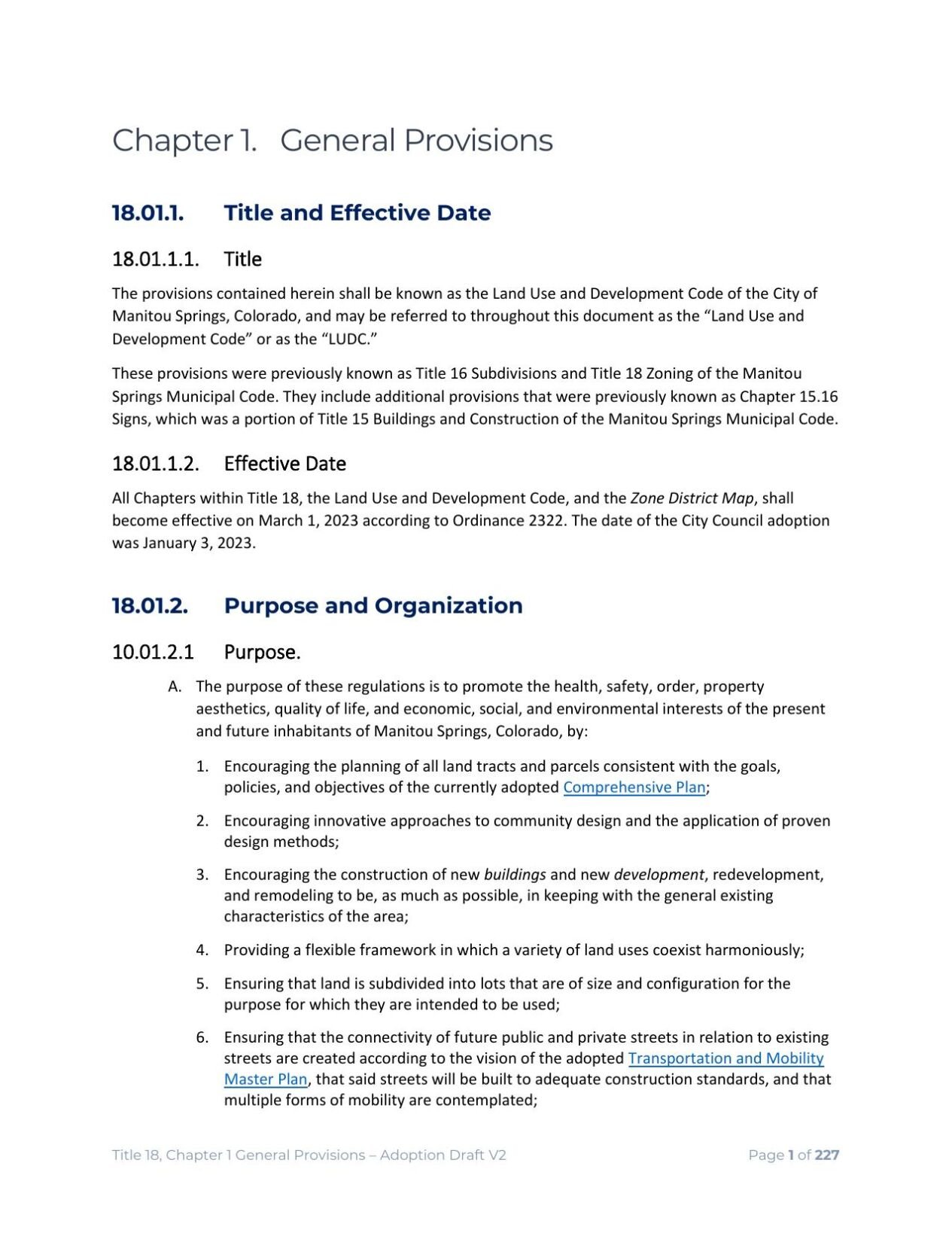 "The old code did not contain any sustainable building practices," Nimwegen-McGuire said. "It was communicated very early on (by stakeholders) that we include something that would make Manitou as sustainable and resilient as possible."

City spokesperson Alex Trefry said the "green" initiatives were discussed "extensively" within the planning committee and that most development concerns were worked out during the drafting process.

"With that understood, it's fair to say that there was some concern over it, but (concern) was used to better the code and make sure that it fit for Manitou Springs," Trefry said.

While the greater issue of affordable housing has no one definitive solution, the new code offers "a ton of tools" that could offer some relief at the local level, Nimwegen-McGuire said. For example, a developer may increase residential density in an area by up to 25% above the allowance if at least 25% of the units are affordable to buy or rent by code definition, according to the document.

As well as prioritizing a sustainable future, drafters worked to protect Manitou's historical and natural resources and the integrity of its strong public art scene, officials said.

A required ecological characterization study will be conducted within each plot slated for development to identify any features — floodways, streams, wildlife corridors and more — worth preserving. The code has also abolished parking requirements per business in the downtown district, as expanses of concrete "could really harm that historic feel," Nimwegen-McGuire said.

Provisions are also in place to ensure that developers wishing to build or redevelop in Manitou Springs — especially downtown — allow for artistic expression and work with artists, whether that be through allowing a mural, sculpture, artistic bench or any other kind of creativity outside.

Becca Sickbert, executive director of nonprofit Creative Alliance Manitou Springs, said she believes the new code not only incentivizes public art, but recognizes it as an integral amenity in the city's culture and economy.

"(Hardscapes) and the landscaping choices all come together to enhance quality of life, and if the city is making room to help the community and help its redevelopment and development become even more sustainable, that's a wonderful thing," Sickbert said.

K8e Orr, a local artist with the Manitou Art Center who has contributed several murals to the downtown district, said she believes the city's already strong art scene is "about to thrive in a way we've never seen possible" due to the new city code.

"Manitou is a unique place because it's small, so we can get a lot done here and we can be role models for other smaller cities, and eventually that leads to big cities," Orr said. "When it's protecting the arts or the environment, those are tied together (in the code) and, for the artists, it gives us more opportunity. Artists are always looking for that."

The code is set to go into effect on March 1, officials said.