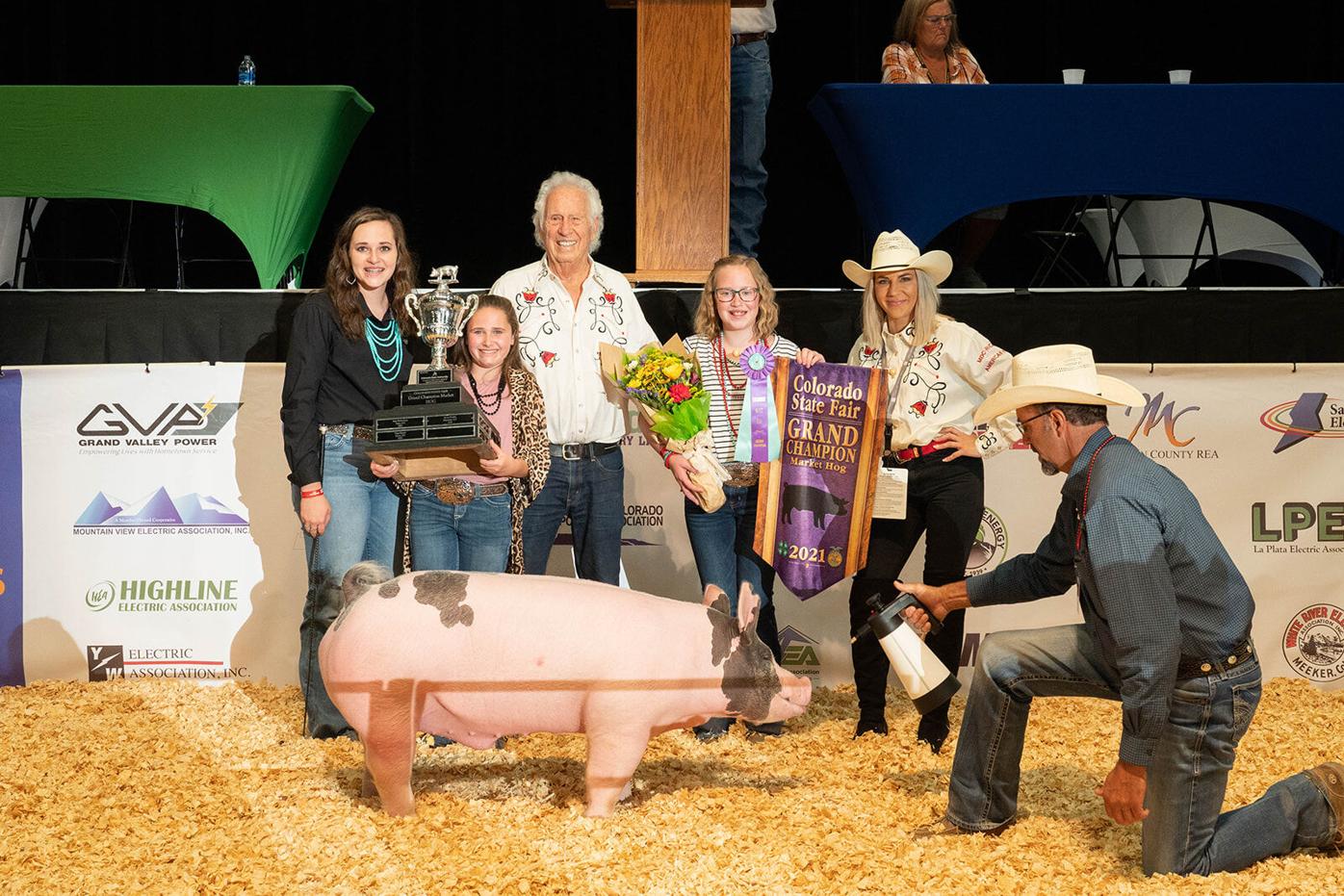 Jake Jabs poses with the grand champion hog he made a winning bid on at the Junior Livestock Sale at the Colorado State Fair in Pueblo on Tuesday. 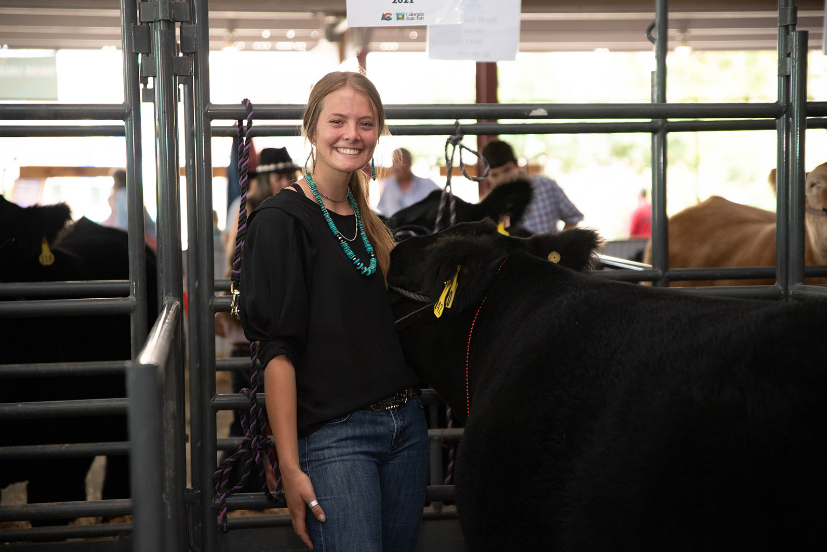 Bradie Midcap, of Wray, poses with Snoop, the fourth-place steer in the auction at the Colorado State Fair on Tuesday. Midcap said she and her family named the 17-month-old steer after his ear tag, 420, when they purchased him in February. 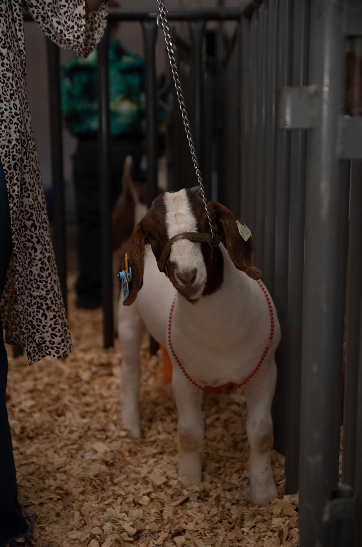 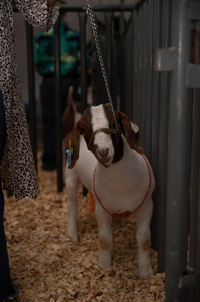 Jake Jabs poses with the grand champion hog he made a winning bid on at the Junior Livestock Sale at the Colorado State Fair in Pueblo on Tuesday.

Bradie Midcap, of Wray, poses with Snoop, the fourth-place steer in the auction at the Colorado State Fair on Tuesday. Midcap said she and her family named the 17-month-old steer after his ear tag, 420, when they purchased him in February.

PUEBLO — A small sea of Stetsons filled the atrium of the Southwest Motors Event Center, where the Colorado State Fair hosted its 58th annual Junior Livestock Sale on Tuesday afternoon.

For decades, notable Coloradans — some elected government officials, others business owners — have traveled to the fair to inflate the prices of livestock, usually raised by youth involved with 4-H, an organization that helps kids get involved in agriculture, to encourage further engagement in the industry.

“Agriculture is a huge part of our state’s economy,” Rachel Beck, vice president of government affairs at the Colorado Springs Chamber of Commerce, said. “Those kids are so impressive with how hard they work and the fact that they’re creating financing through their livestock for their future education.”

Those who win money for animals they’ve raised must spend it on their education or to further their career in agriculture. Many have used their winnings years later to begin ranching operations of their own.

Each year, two groups — the Pikes Peak Posse and the Denver Rustlers — don cowboy hats, matching shirts and boots for a ride down from Colorado Springs and Denver respectively to make their mark on the auction. This year, fair officials said, Gov. Jared Polis was at the inaugural Governor’s Plate event, also at the state fair, and Colorado Springs Mayor John Suthers was at a speaking engagement.

Rustlers and Posse members ride down to the fair on buses escorted by law enforcement, where they pool their funds to make big bids on livestock.

This year, for example, the Rustlers made winning bids on the grand champion market hog and lamb for $15,00 and $37,500, respectively.

The highest bid of the afternoon, however, was made for this year’s grand champion heifer, which sold for $55,000 to the Sam Brown family, regular big spenders at the auction.

The Posse and the Rustlers tour through the fair’s shows ahead of the auction, speaking with the 4-H youth who raised animals.

For some, the auction is a reminder of their own time on a ranch, and a chance to support the dreams of like-minded youth.

“I was in 4-H, and I used to raise beef and take ‘em to these types of things,” Jake Jabs, president and CEO of American Furniture Warehouse, said. “My heart’s really with raising cattle and being a rancher, so I support these kids.”

Jabs, who said he’s been coming to the annual youth auction since it started and this year bid on the grand champion hog and goat on behalf of the Denver Rustlers, said it’s also all about being a good member of the Colorado community.

“Businesses aren’t just a bunch of greedy people, they help the community,” Jabs said. “I think it’s important for the kids to see that, that businesses do support them.”

The Posse and the Rustlers have a standing bidding feud at the event, though the auctions often favor the Rustlers. This year went to the Denver Rustlers.

“I don’t see ‘em as much this year,” Jabs said, taunting the Pikes Peak Posse. “Maybe it’s an off year.”

Bradie Midcap, of Wray, helped raise the auction’s fourth-place steer, Snoop, which she and her family acquired in February.

“He’s one of my favorites; he’s super friendly,” she said.

But despite the $4,500 auction price Snoop ultimately went for, Midcap, who will say her final goodbye to the 17-month-old steer Wednesday morning, said selling the 1,230-pound steer was a little bittersweet.

“There’s definitely a bond there,” she said tearfully. “But he’ll make someone very happy in their freezer.”

The Colorado State Fair is back with 11 days of festivities.