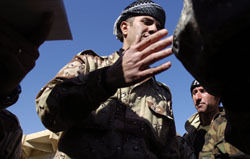 ABOVE: An occasional Gazette series in 2008, “Humvee TV,” included this photograph taken Feb. 4, 2008, from the side window of a Humvee on the streets of Mosul, Iraq. LEFT: A group of soldiers with the Iraqi army talk with Gazette military reporter Tom Roeder on Feb. 6, 2008, in Mosul, Iraq. 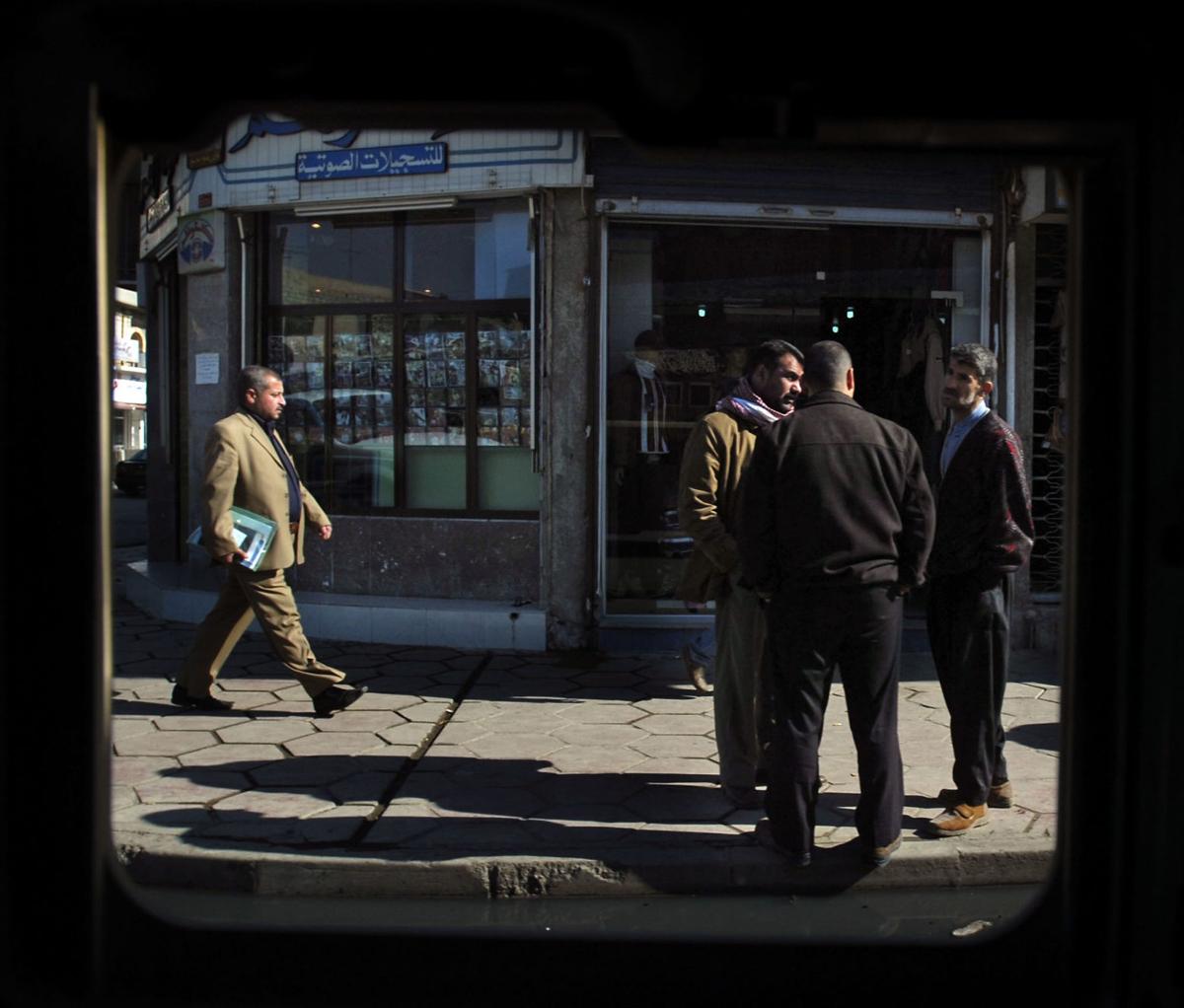 ABOVE: An occasional Gazette series in 2008, “Humvee TV,” included this photograph taken Feb. 4, 2008, from the side window of a Humvee on the streets of Mosul, Iraq. LEFT: A group of soldiers with the Iraqi army talk with Gazette military reporter Tom Roeder on Feb. 6, 2008, in Mosul, Iraq.

All I can think of is the haunting green-eyed Kurdish general I lunched with in Mosul.

It was 2008 and I was in northern Iraq with Fort Carson’s 1st Battalion of the 8th Infantry Regiment.

In Syria now, Kurdish militia troops are locked in battle with Turkish forces. Turkey moved in after its president had a White House phone call that resulted in a pull-back of American forces, clearing the battlefield.

Eleven years ago, the Fort Carson battalion commander was headed to lunch with his allied counterpart, a Kurdish two-star. At their dusty compound just outside the city, the Kurdish forces didn’t look like much.

Most of them were clothed in mismatched pieces of uniform. They were armed with a mix of weapons that ranged from World War I vintage Enfield rifles to AK-47s.

I spoke with one man outside whose English had a crisp Oxford tone.

The Kurdish battalion had one running truck. Spare parts, fuel, uniforms and weapons weren’t forthcoming from Baghdad, where both the Shiite majority and the Sunni minority hated the Kurds, he said.

At lunch, the green-eyed general said little. He had no spare time for reporters. He had a face like the well-loved leather of my boyhood baseball glove.

One of the U.S. officers who accompanied me explained that the general had forgotten more about war than most of our leaders knew.

Historically, the Kurds have battled Ottoman overseers and Persian emperors.

Though they number 30 million or more, the Kurds have never been at peace with their more numerous neighbors.

The modern-day Kurdish nationalism sprouted at the end of World War I, and the Kurds have battled since for their own nation.

The green-eyed general had been fighting since boyhood against the regime of Saddam Hussein. He had seen his people gassed with chemical weapons as Saddam struggled to stave off revolt at the end of the 1991 Gulf War.

When American special forces advisers arrived in northern Iraq before the 2003 invasion, they found an easy ally in the general.

He was a man who looked like he could successfully kill me using only his smallest toe. He didn’t smile, and didn’t try to form fake friendships the way the Baghdad Iraqis did, the same Iraqis I saw stealing gasoline to sell on the black market.

The Americans in Mosul were fighting the militant Sunnis who moved north after they were pushed out of Baghdad by the “surge.”

The Americans were looking to clear the insurgents, called “AQI” for al-Qaida in Iraq, from neighborhoods on the east side of the river and go house-to-house in a bid to find the crew who had killed five of the Fort Carson battalion’s troops with a massive buried bomb a week earlier.

The GIs said other Iraqi troops couldn’t be trusted when fighting started. I had seen it in Baghdad, where our erstwhile allies were more interested in stealing than battle.

The Iraqis I had experienced would arrived at 3 p.m. for a 6 a.m. operation and demand rations and a truckload of gasoline before they got off the truck. And when gunfire came, they sometimes cowered and frequently departed in the opposite direction from the danger.

The green-eyed general listened as he scraped the beans from his paper plate with flat bread.

When the Americans had finished their sales pitch, he pushed back his plastic chair from the cheap table laden with cheaper food.

He lacked weapons, trucks and uniforms. Not spirit.

He spoke two words in English.

About 280 soldiers in the 3rd Armored Brigade Combat Team, 4th Infantry Division, were welcomed home by friends and family during a homecoming…