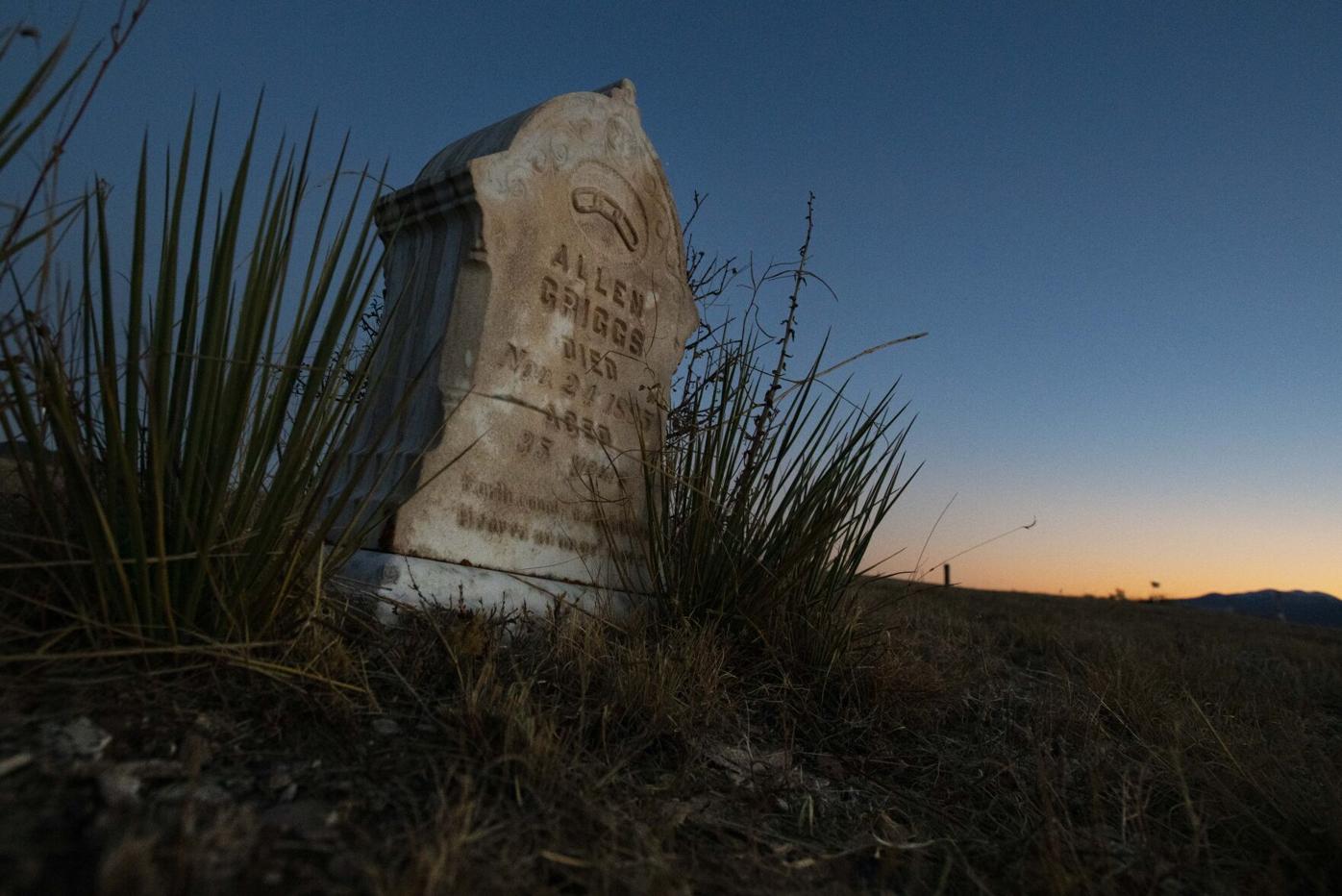 The sun sets on the Silver Cliff Cemetery last week. Visitors late at night have seen lights dancing across the tombstones. 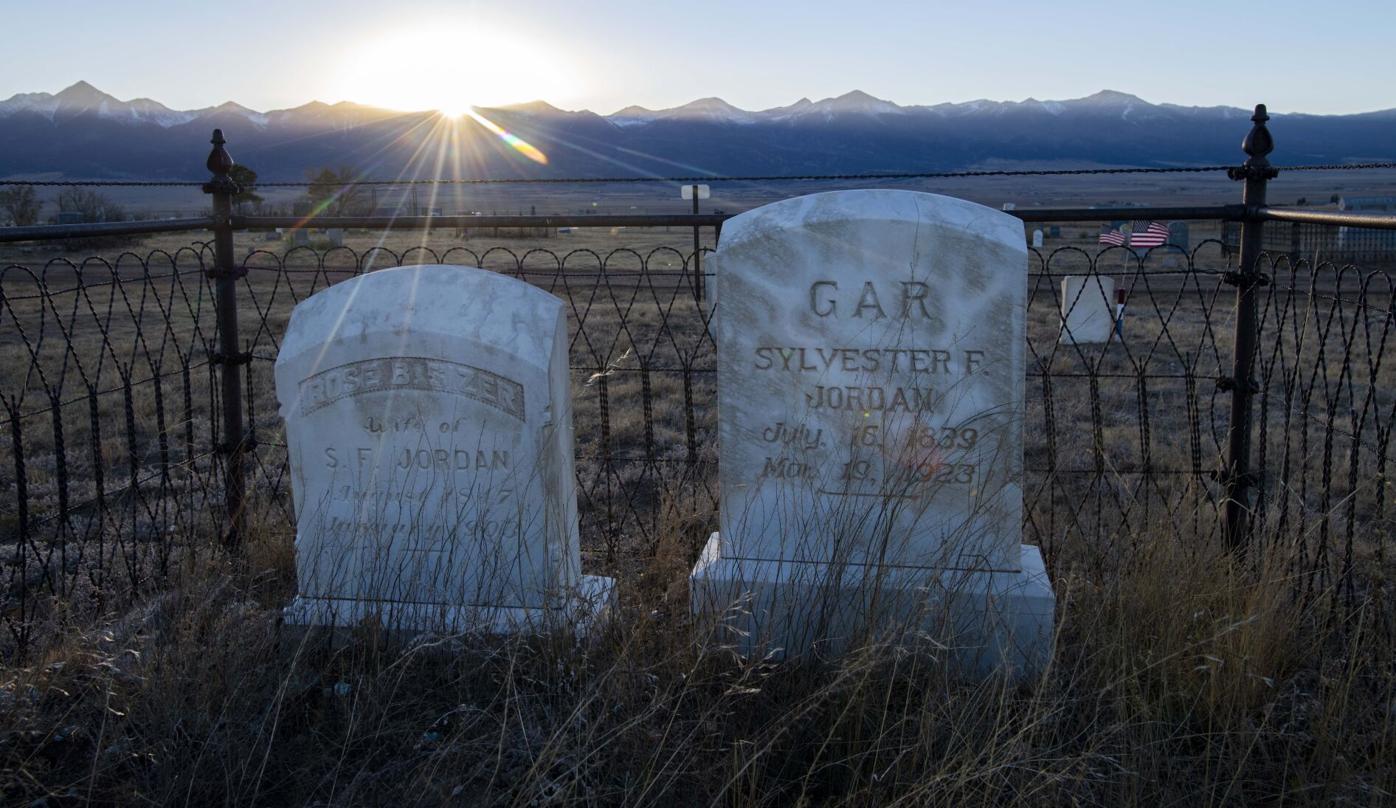 Old headstones stand in the Silver Cliff Cemetery as the sun sets over the Sangre de Cristo Mountains in Colorado last week. 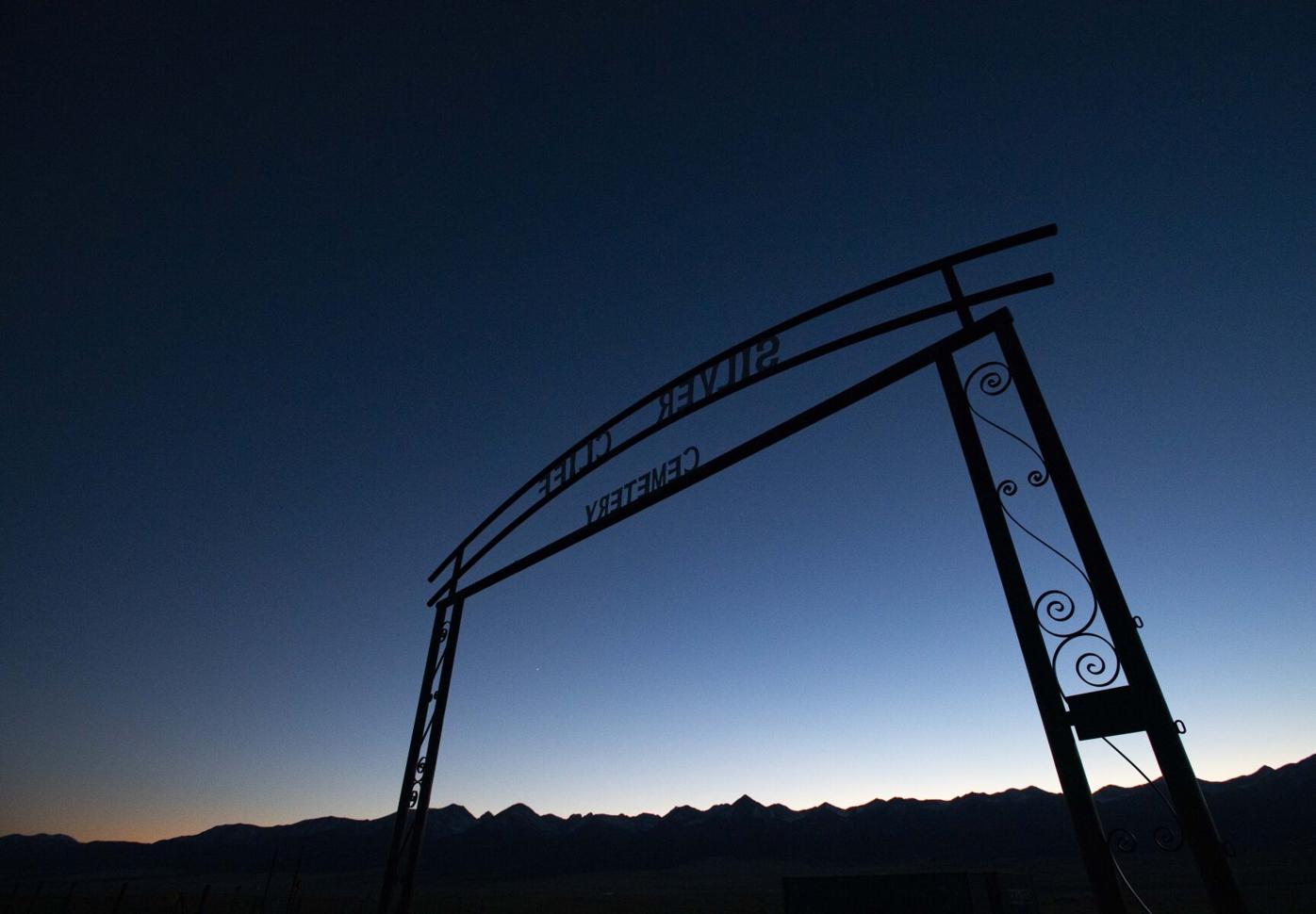 The Silver Cliff Cemetery and its lights were featured in the August 1969 issue of National Geographic Magazine. 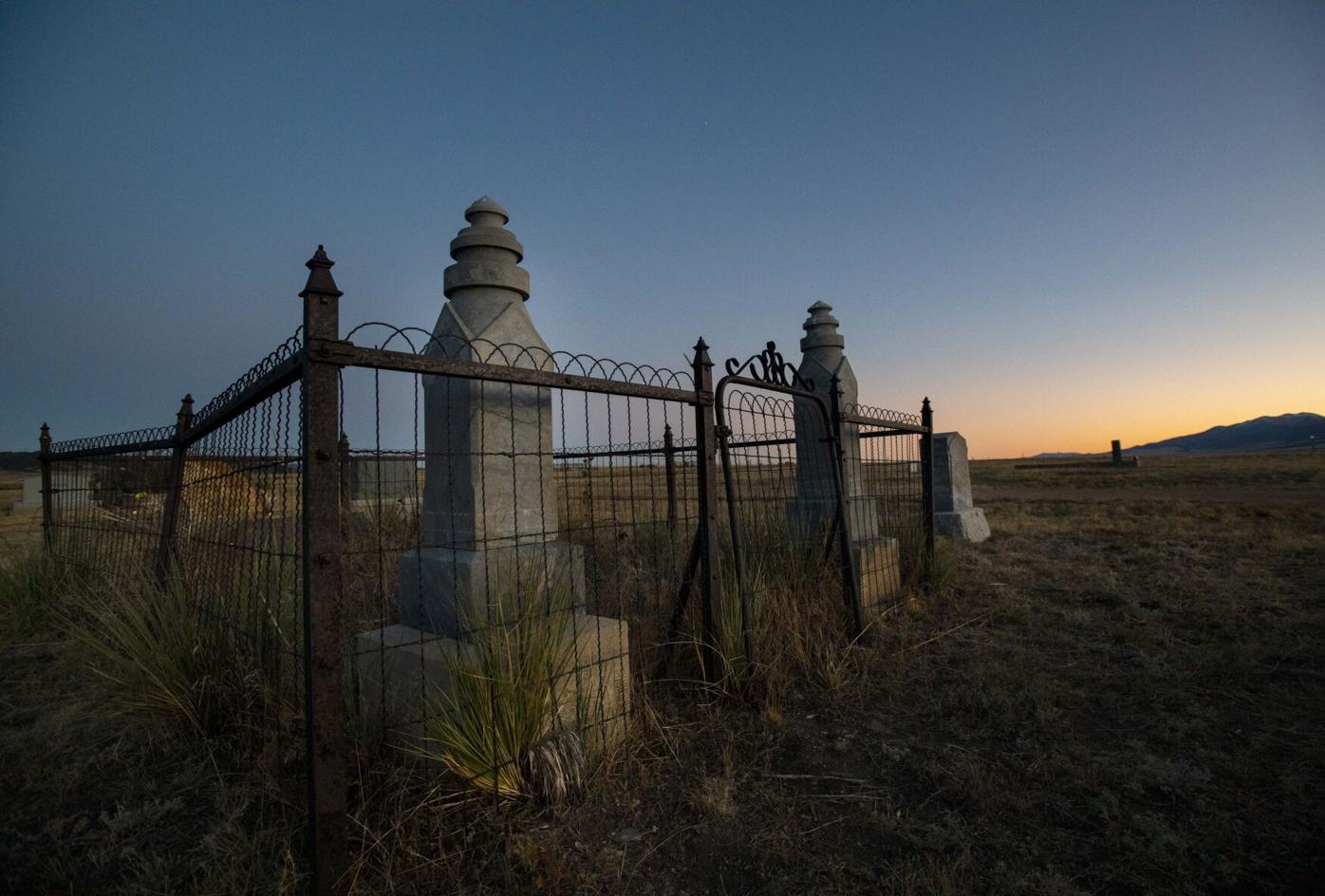 According to legends, the cemetery lights were first seen by miners who took a shortcut back to town through the Silver Cliff Cemetery.

The sun sets on the Silver Cliff Cemetery last week. Visitors late at night have seen lights dancing across the tombstones.

Old headstones stand in the Silver Cliff Cemetery as the sun sets over the Sangre de Cristo Mountains in Colorado last week.

The Silver Cliff Cemetery and its lights were featured in the August 1969 issue of National Geographic Magazine.

According to legends, the cemetery lights were first seen by miners who took a shortcut back to town through the Silver Cliff Cemetery.

SILVER CLIFF • One night in the 1880s. Or maybe the 1890s. As far as timing, the stories are in dispute. But they agree on other details.

A pair of miners at the saloon. A rainy, moonless night. Late, after “the drinks took their effect,” according to various accounts.

The men said they saw something up the dirt road at the cemetery.

Lights floating around the tombstones. Whitish, bluish orbs. “Ghost lights,” they would come to be known. Or “spook lights” or “dancing lights.”

The miners supposedly got the bar going that night. A disbeliever wanted to see for himself, the story goes. Out he went in the downpour — only to find himself surrounded by an inexplicable glow.

On silent nights, when only a breeze rustles the prairie and the branches choking graves, you might still hear those frantic cries.

Wait for the sun to drop beneath the peaks like shattered glass over this southern Colorado town. Wait for the darkness that shrouds the remote Wet Mountain Valley.

Yes, folks around here say you might just spot that eerie luminance.

The legend lives on, along with the mystery.

“People will walk through that door and ask about it,” he says. “’What’s up with the lights?’”

“It was always a wet, damp, rainy, mostly cloudy night,” he says. “That’s when everybody would line up and gaze out. Just gaze out. You’ll see them.”

Not so for Ileen Squire, another native who partook in those teenage shenanigans at the cemetery.

“I can’t say I actually saw them,” she says, flashing a grin. “But, you know, there was probably a little too much alcohol one of those nights.”

As town clerk, Squire has granted permission for several groups to probe the graveyard. This was property established in 1879, to be the resting place for the mining dead and infant dead, victims of Silver Cliff’s most prosperous and unforgiving era.

Groups have camped out with their cameras, recorders and psychics. One has been Colorado Paranormal Rescue, quite familiar with “orb” sightings elsewhere.

“It could be dust in the air, it could be moisture,” says group representative Matt Uney, “or it could be what we call ghosts.”

He says his team confirmed such a presence. Mourning spirits were contacted, he says.

No luck, however, for Rocky Mountain Paranormal’s Bryan Bonner after multiple visits.

“If a surface has moisture on it, it’s much more likely to have a reflection coming off it,” he says. “And there’s atmospheric reflections, too. That’s why we have rainbows.”

But that’s just one explanation, he emphasizes.

“Just because I’ve discovered one thing wasn’t paranormal in nature doesn’t mean I can assume everything else wasn’t,” Bonner says.

Who is he to argue with the National Geographic essay from 1969? The account launched the legend of the lights to new heights.

While exploring Colorado, the writer, Edward Linehan, was told to go to Silver Cliff Cemetery at night. “You’ll see something mighty strange,” he was told.

He went with a man named Bill. So went the report:

”There.” Bill’s voice was quiet, almost a whisper. “And over there!”

I saw them too. Dim, round spots of blue-white light glowed ethereally among the graves.

It was far from the last report. In 1996, the San Jose Mercury News wrote of “round and whitish” glimmers that “usually appear three or four at a time.”

The paper sought an explanation from the editor and publisher of the Wet Mountain Tribune at the time. “One of life’s mysteries,” Jim Little said.

One that continues to stir debate.

“No doubt someone, someday, will prove there’s nothing at all supernatural in the luminous manifestations of Silver Cliff’s cemetery,” Linehan wrote five decades ago in National Geographic. “And I will feel a tinge of disappointment.”

Squire, for one, has never asked questions. Nor has Camper.

“Because our parents and grandparents talked about it,” Squire says. “That’s why we didn’t think it was ever a big deal. We knew it’s just always been.”

Stories are passed on, “and some sort of cultural belief takes hold,” he says. “When you expect something and you go looking for it, yeah, you’re most likely gonna find it.”

But the mysterious allure of the cemetery isn’t lost on him. That’s why he bought a plot for himself awhile back — a good conversation piece, he figured.

“Is it haunted? Who knows. But by reputation? Absolutely,” he says. “Either way, it’s fun to tell a ghost story.”

October can’t go on without some sort of party for Emma Crawford. Coffins will not race down the streets of Manitou Springs like usual and, for the second year in a row, a smaller affair will be held in Emma’s honor this weekend.