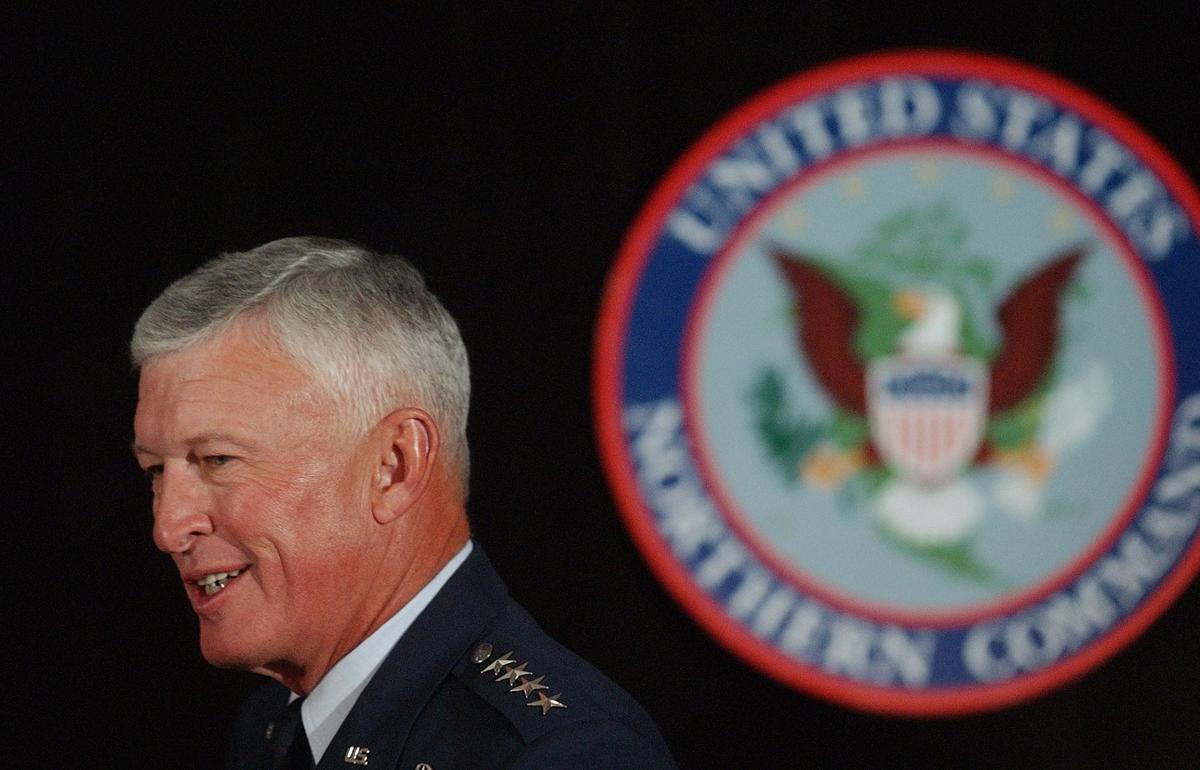 fields questions in 2002 during a news conference at Peterson Air Force Base. 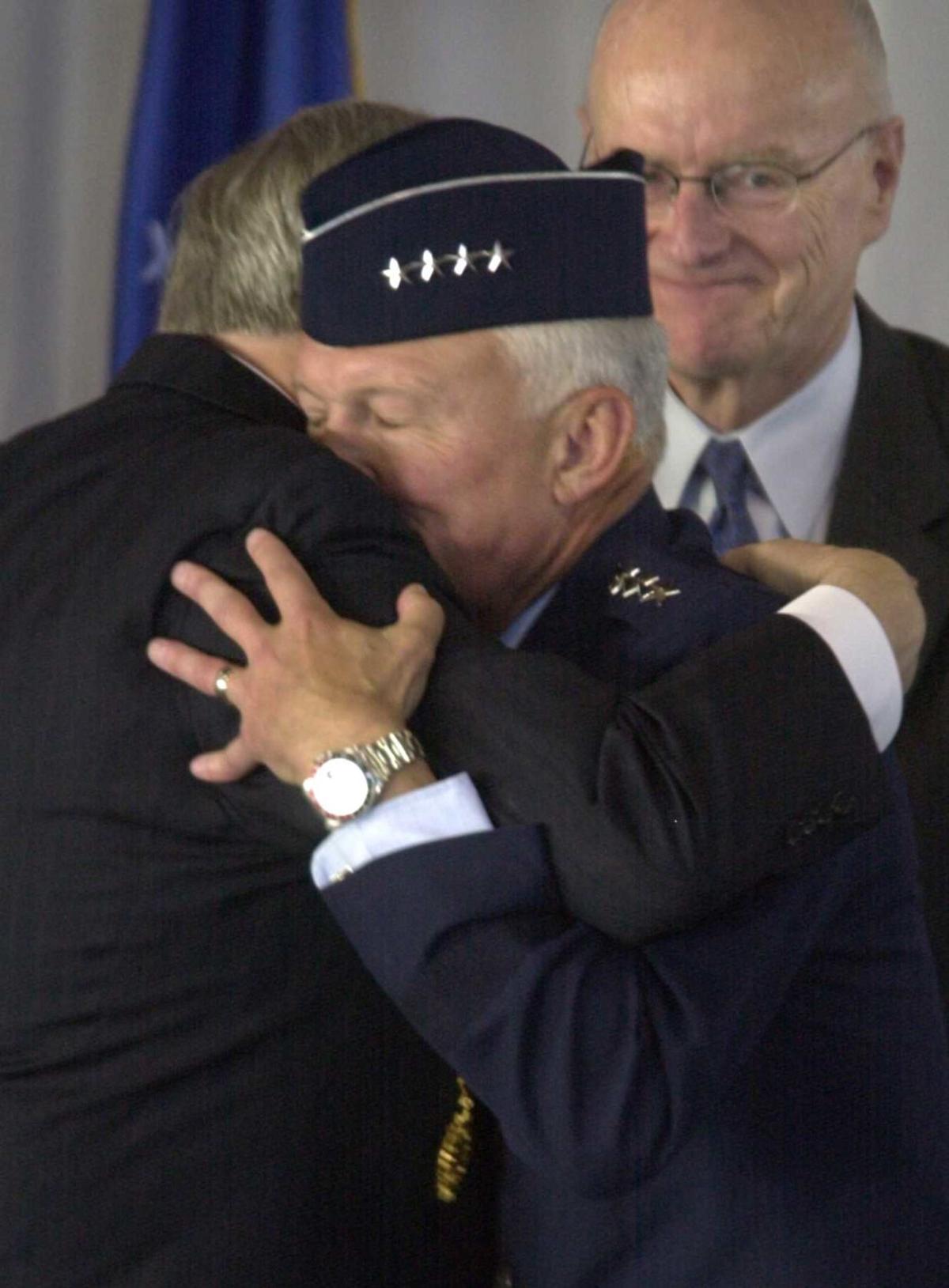 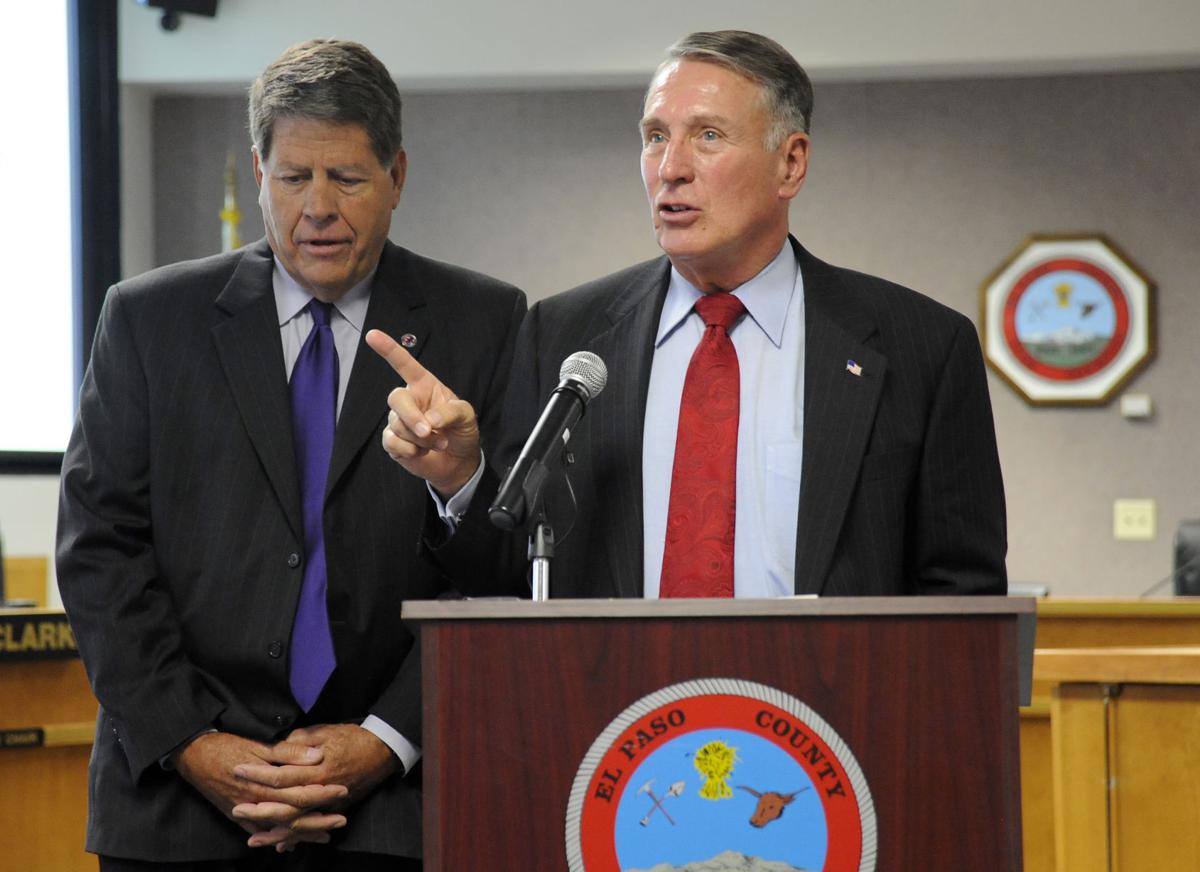 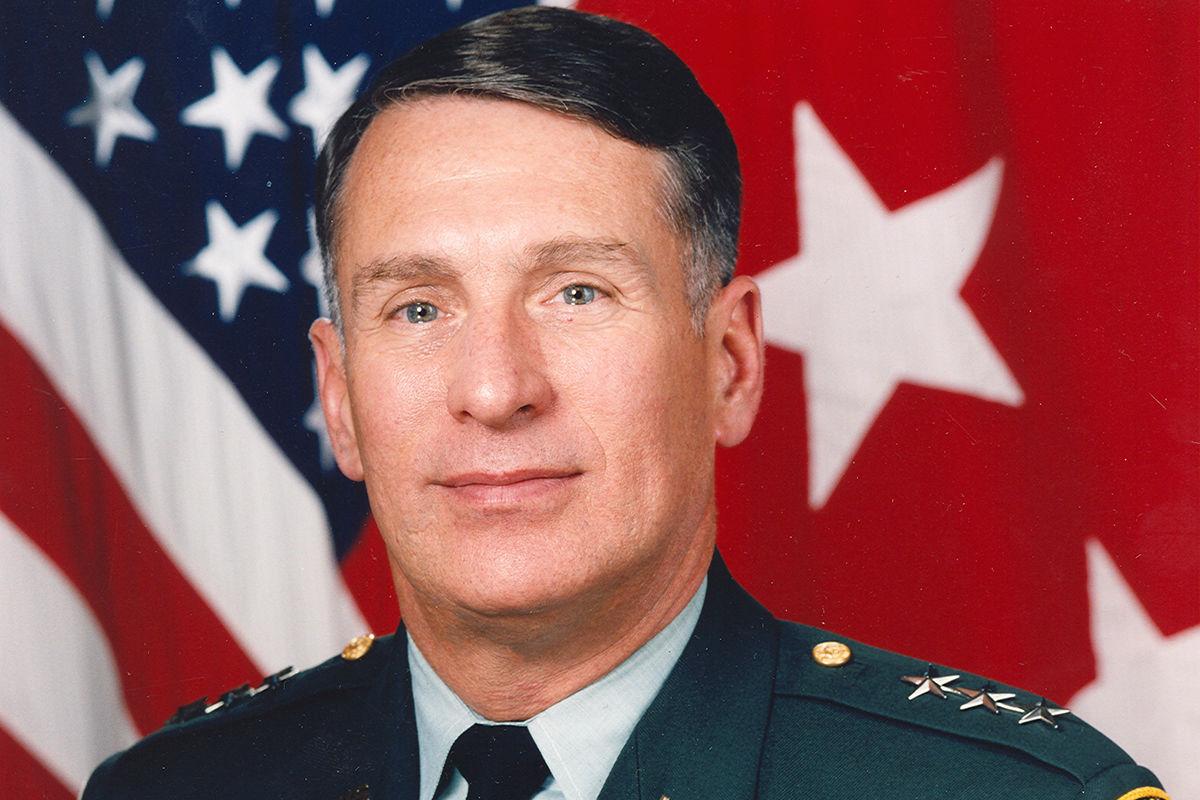 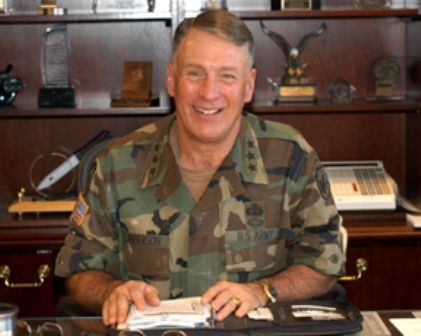 fields questions in 2002 during a news conference at Peterson Air Force Base.

Six months after the Trump administration spurned Colorado as the permanent home for U.S. Space Command, a campaign to reverse the decision to send it to Huntsville, Ala., continues to grow.

The latest to lend their names to the effort are retired Air Force Gen. Ed Eberhart, who led the last iteration of U.S. Space Command in Colorado Springs before it was shuttered at the end of the Cold War, and retired Army Lt. Gen. Ed Anderson, who led Army Space and Missile Defense Command in Huntsville.

The generals together authored a paper aimed at their Pentagon brethren that makes the case that it’s far cheaper and much safer to keep the command, which oversees all military missions in orbit, in Colorado Springs, near the bulk of the troops who serve in the new Space Force military branch. The two estimate it would cost taxpayers more than $1.2 billion to move the headquarters and take years of work.

“In addition to the cost savings, Space Command could reach full mission capability up to seven years faster,” Anderson and Eberhart wrote. “Those seven years are vital for a critical national security mission.”

What makes the letter from the generals stand out is that each is the elder statesman of his service’s space efforts.

Eberhart is a Vietnam veteran who served in the Air Force for 37 years, retiring as the first commander of U.S. Northern Command at Peterson Air Force base. He twice earned the Defense Distinguished Service Medal, the Pentagon’s highest award for work outside of combat, and also holds the Distinguished Flying Cross. Those medals and his four stars carry a lot of weight with current Pentagon leaders.

Anderson also served in Vietnam, earning the Bronze Star Medal for valor on the battlefield. He rose through the ranks to become one of the most pivotal officers for the Army’s space enterprise, creating the modern structure that the service still relies upon. He served 39 years before hanging up his uniform in 2004.

Reggie Ash, who heads military programs for the Colorado Springs Chamber of Commerce and EDC, said while the generals broke little new ground in their paper, it did offer a powerful “third-party validation of what we knew all along.”

And by having generals touting the virtues of keeping space command in Colorado Springs rather than the usual throng of politicians and community boosters, it could carry more weight in the Pentagon, Ash said.

“I feel better every day that this will have to be overturned,” Ash said of the Alabama decision.

Thee command was re-established in Colorado Springs in 2019 amid rising concerns over efforts by nations, including Russia and China, that could target America’s military satellites. Those military satellites give American troops unmatched advantages in combat, including easy communications along with intelligence, navigation and targeting information.

The military’s Global Positioning System has massive importance in the civilian sectors that rely on the military signals from space for everything from package delivery and in-car navigation to the timing of financial transactions and managing the flow of data across wireless networks.

The new command was sought by cities around America because it comes with 1,400 military and civilian workers, along with billions of dollars in military contracts.

The decision to move the command to Alabama came one week before President Donald Trump left office. Several sources have told The Gazette that Trump overrode military leaders to give the command to Alabama, a contention that’s now under investigation by the Government Accountability Office and the Pentagon’s inspector general.

Trump said several times he would personally pick the location of the headquarters, including during a campaign stop in Colorado Springs in February 2020.

The Alabama decision came after Trump lost Colorado to President Joe Biden in November, and a week after rioters stormed congressional chambers to protest the outcome of the presidential election. In a rally before the riot in Washington, D.C., Trump was flanked by Huntsville’s Republican U.S. Rep Mo Brooks.

Ash said in the months that have followed the decision, it’s become more and more apparent that it wasn’t well thought out. Ash points to a revelation that came in a congressional hearing last month that Alabama lacks communication facilities needed by the command and growing concern arising from congressional intelligence panels.

Rep. Adam Schiff, a Californian who heads the House Intelligence Committee, was joined by joined by fellow Democrat U.S. Rep. Jason Crow of Aurora last month in a letter to the Pentagon questioning how moving Space Command to Alabama would impact the close ties between military space operations and the intelligence agencies who rely on space for reconnaissance and electronic spying.

In Colorado Springs, intelligence agencies including the National Reconnaissance Office have staffers at the National Space Defense Center, where they work with their military counterparts to keep America’s satellites safe in orbit.

“With the accelerating threats to our overhead space capabilities, this is a critical decision that will have long-term implications for our national security,” the lawmakers wrote.

Despite growing questions emerging form congress, the Biden administration hasn’t signaled whether it is open to reversing the Space Command decision.

Ash said the Chamber of Commerce and local officials are gearing up for the chance that the Pentagon could throw out the Alabama decision and reopen the competition.

“I think that is a possibility, and we'll be ready if that happens,” he said.

President Joe Biden and congressional Democrats may have the facts on their side regarding the filibuster, but voters appear to care very little.