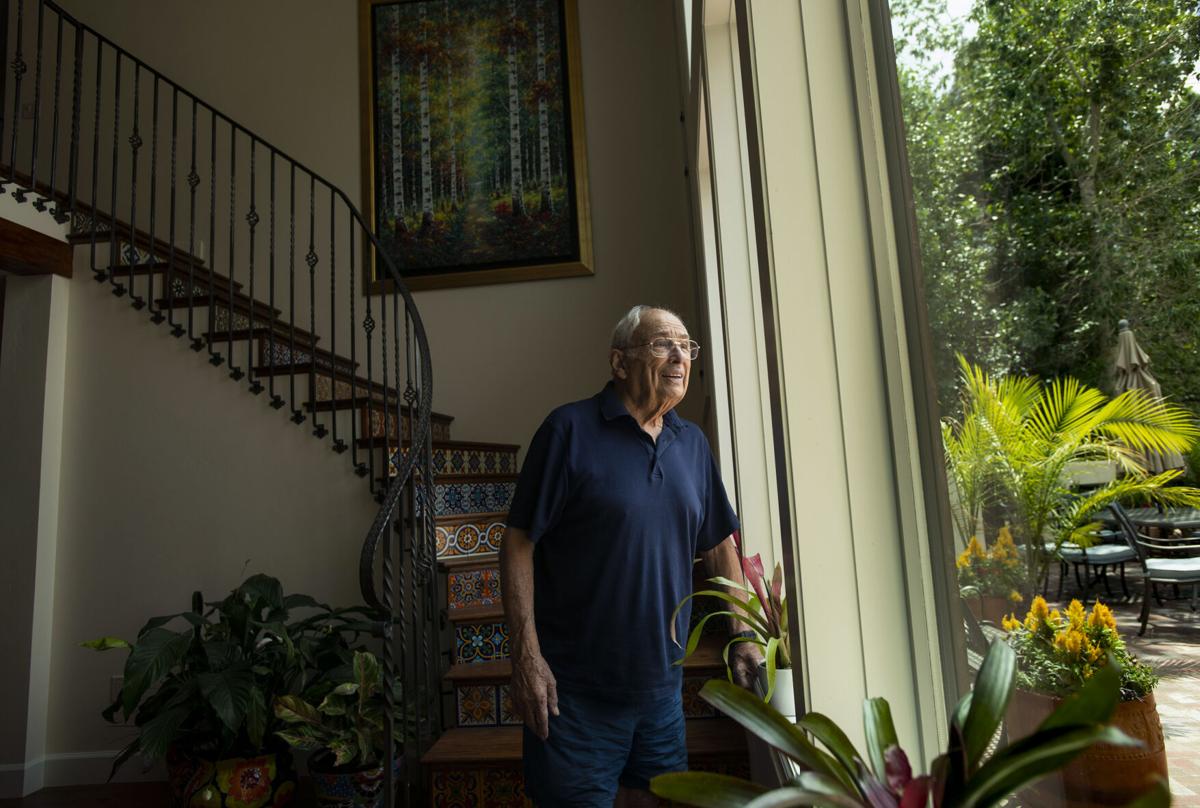 Nick Colarelli, 91, poses for a portrait at his home in Colorado Springs last week 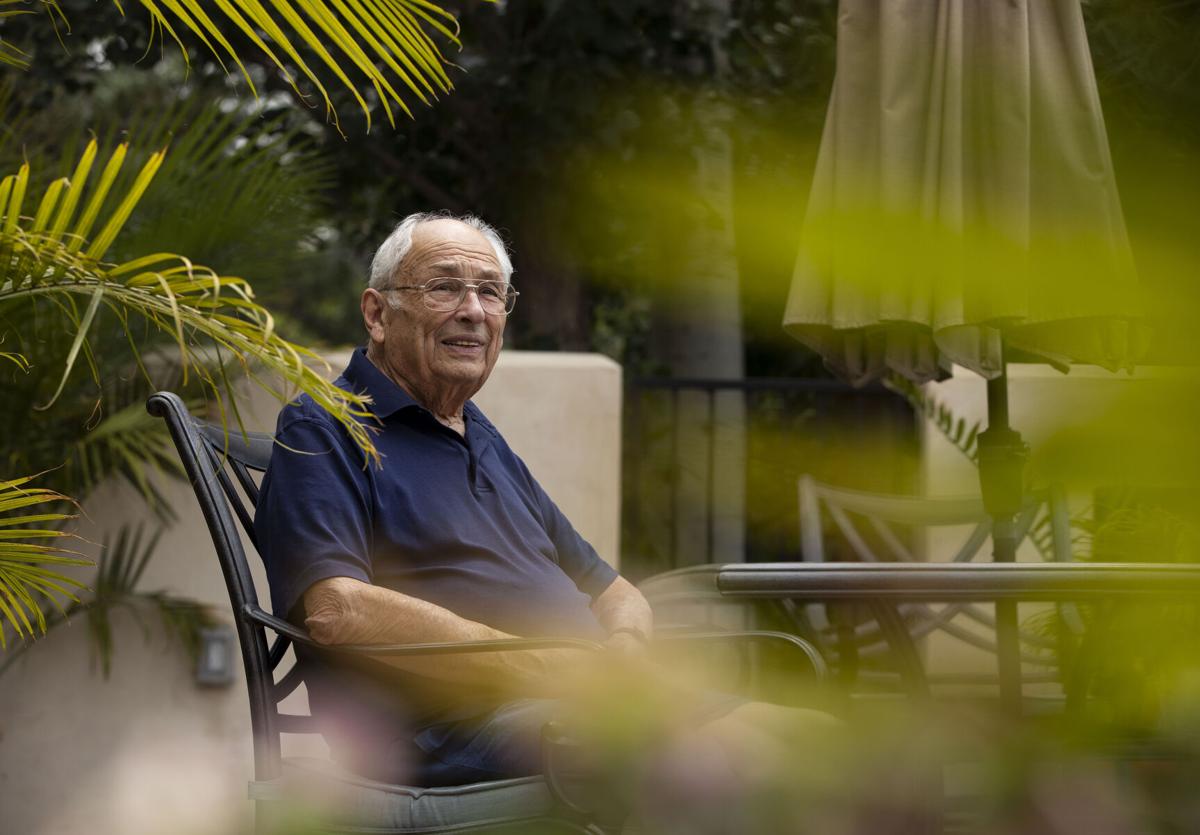 Nick Colarelli, who founded Fostering Hope 15 years ago, is retiring from daily operations of the nonprofit but is still working to expand his unique respite model for foster parents nationwide.

Nick Colarelli, 91, poses for a portrait at his home in Colorado Springs last week

Nick Colarelli, who founded Fostering Hope 15 years ago, is retiring from daily operations of the nonprofit but is still working to expand his unique respite model for foster parents nationwide.

In the same way Nick Colarelli and his late wife, Margaret, encircled their five children with love, comfort, purpose and direction in life, the couple also created an innovative model for helping children in foster care feel the same kind of heart-felt affection from a network of church volunteers.

“It’s a different idea of what permanency means,” Colarelli said last week, while relaxing in the back yard of his Colorado Springs home.

Permanency under the government’s child protection system usually refers to kids either returning to their homes of origin or getting adopted.

More than 200 volunteers from various denominations act as pseudo “aunts” and “uncles” and provide respite to often-stressed foster parents.

The list of tasks volunteers might do is long: Pick up groceries, drive kids to doctors appointments or therapy sessions, attend sporting events or stage performances, toss around a ball, go out for ice cream, shop for school clothes, hike, spend an afternoon at the zoo, play games, babysit, rock, hug and listen.

“Foster parents have to deal with so much,” said Betsy Sobal, a Fostering Hope volunteer for nearly eight years. “This is like having an extended family to help you with the children — you fill in wherever needed. The model is incredibly effective, and it’s fun.”

Easing what can seem like overwhelming schedules helps retain foster parents, the organization’s statistics show, which in turn can lead to children staying in the same home for longer instead of bouncing around.

Stability, Colarelli said, provides a direct line to improved school performance and a better chance at advancing in life.

Teens in Fostering Hope post an 88% high school graduation rate, a homelessness rate of under 25% and employment rate of 70%, he said, all of which buck national trends associated with foster children.

Fifteen years after starting Fostering Hope out of an initial family bequest of $350,000, and at age 91, Colarelli has decided to retire.

A Ph.D. clinical psychologist and therapist, Colarelli says he's waited this long to stop working because he's "lousy at golf."

"I've always liked to tackle the toughest problems," he said. "That's where you learn the most and where you can use everything you've got. I enjoy that."

Although he's stepping away from daily duties, he's not ready to quit pursuing his vision of replicating the Fostering Hope model in other cities.

“We have a lot of data that says it works,” he said.

The organization charts an adoption rate two and a half times higher for children in its program and a decrease in the “disruption rate” of kids who move from home to home, from 33% when the organization began in 2006 to less than 10% today.

Kids that live in five or more foster homes are 90% more likely to go to jail, according to the Juvenile Law Center in Philadelphia.

“As a community initiative, it’s beneficial from an economic standpoint, a taxpayer standpoint and a mental health and well-being standpoint,” Colarelli said.

That offshoot program helps children who age out of the foster care system at age 18 with getting a job or going on to higher education, renting an apartment the organization backs, obtaining transportation and setting a path going forward.

Health care customer service representative Lavia Hartman, 27, is among the oldest of about 30 young adults in the Fostering Adulthood program. She and her mom relocated to the United States from Africa when she was younger. Severe culture shock left her mom emotionally and financially unstable, and Hartman lived in foster care for five years.

Without Fostering Hope, Hartman said she wouldn’t have the confidence or skills she needed to become a productive citizen.

“They provide a support system, someone you can talk to and trust,” she said. “They help you with whatever you need.”

The consistency from staff and volunteers is what Hartman appreciates most.

“They are there for you for the long-term,” she said. “You can always call somebody for assistance. They believe in their mission of what they do — they’re not just saying the words.”

Colarelli “leads with love,” said The Rev. Ron Raab, pastor of Sacred Heart Parish in Colorado Springs, which for years has supplied volunteers for Fostering Hope.

“His desire was to meet children in need and offer them a vision of life,” Raab said. “He opened doors to support them when their own families locked them out of a future.”

In bringing faith communities into the organization’s fold, Colarelli also encourages reconciliation and healing, according to Raab.

“Nick’s values have left a mark on so many people in Colorado Springs, including myself,” the priest said. “His creation of Fostering Hope shelters us all in hope.”

Taking the program nationwide is in the formative stages, but if one thing that's in the works comes through, it will help build the case for expansion, Colarelli said. The Butler Institute for Families at the University of Denver is analyzing Fostering Hope’s data from the past 15 years, “to see if what we’re observing is validated,” he said.

If researchers verify the organization’s numbers and correlate the data to positive outcomes, the method will be deemed “a promising practice,” Colarelli said.

“That will define it as something that has evidence and is proven to work,” he said.

But no matter how old people are, they always need a group of others who love and accept them, he said.

“We have to keep reassuring each other we’re still there and we care, and there’s great things that happen out of that,” he said. “When it’s absent, we pay a horrible price, and these kids have paid that price.”