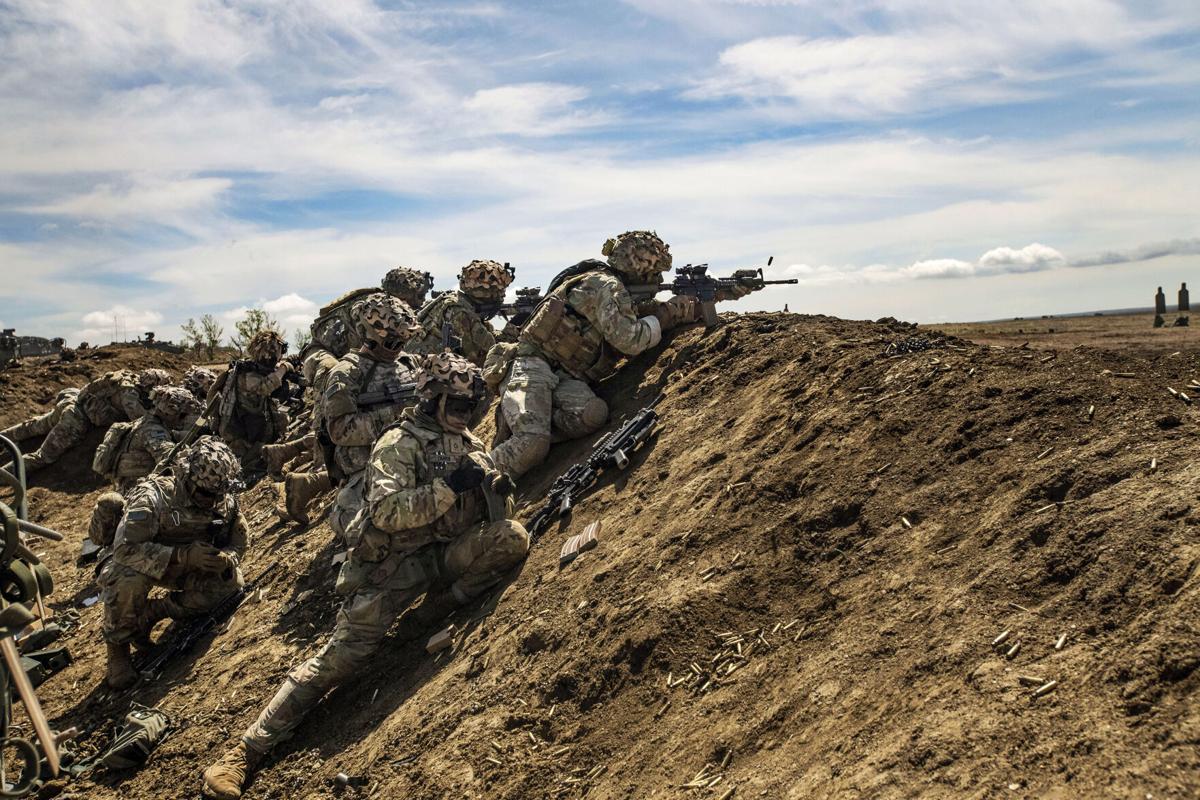 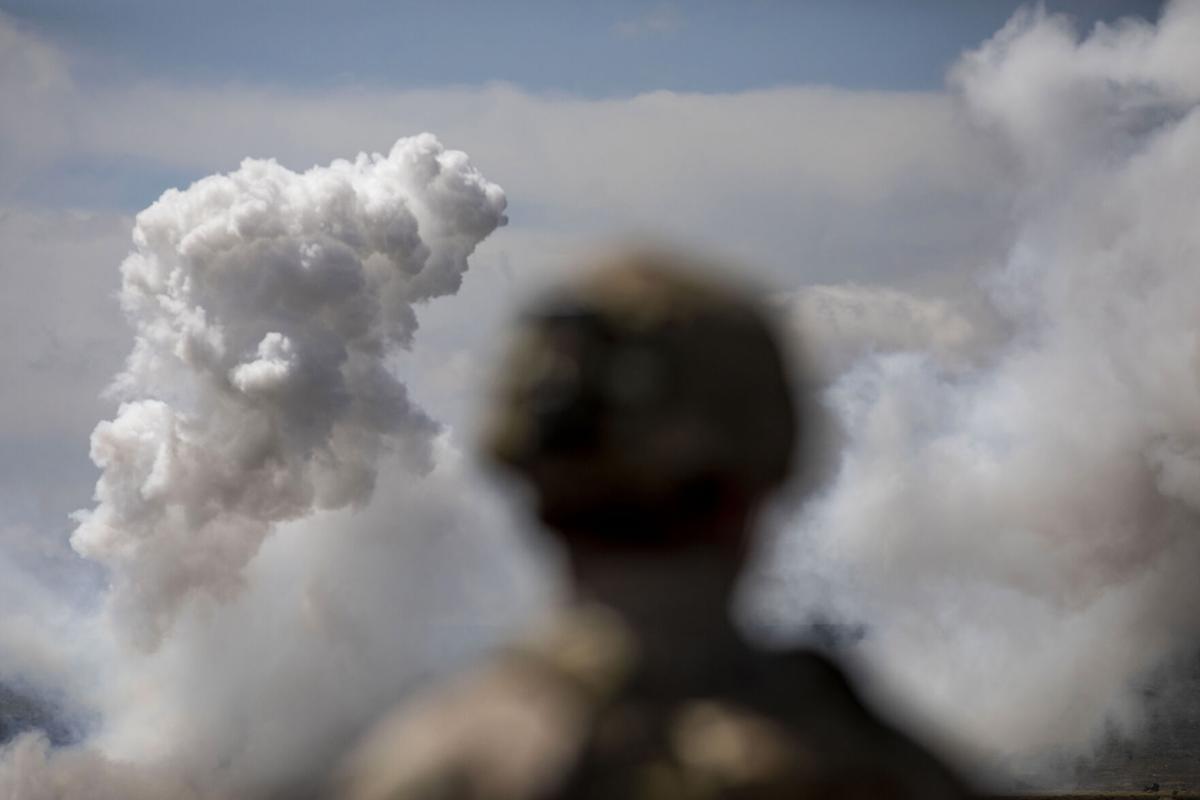 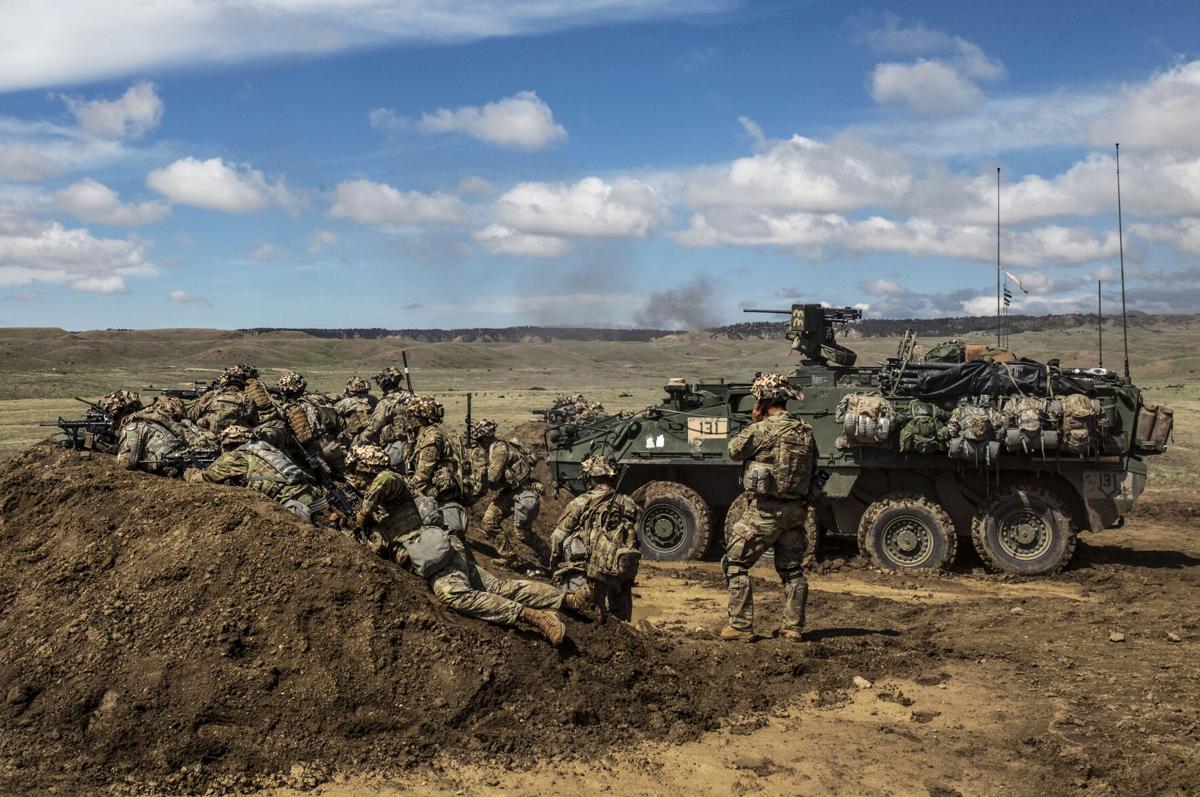 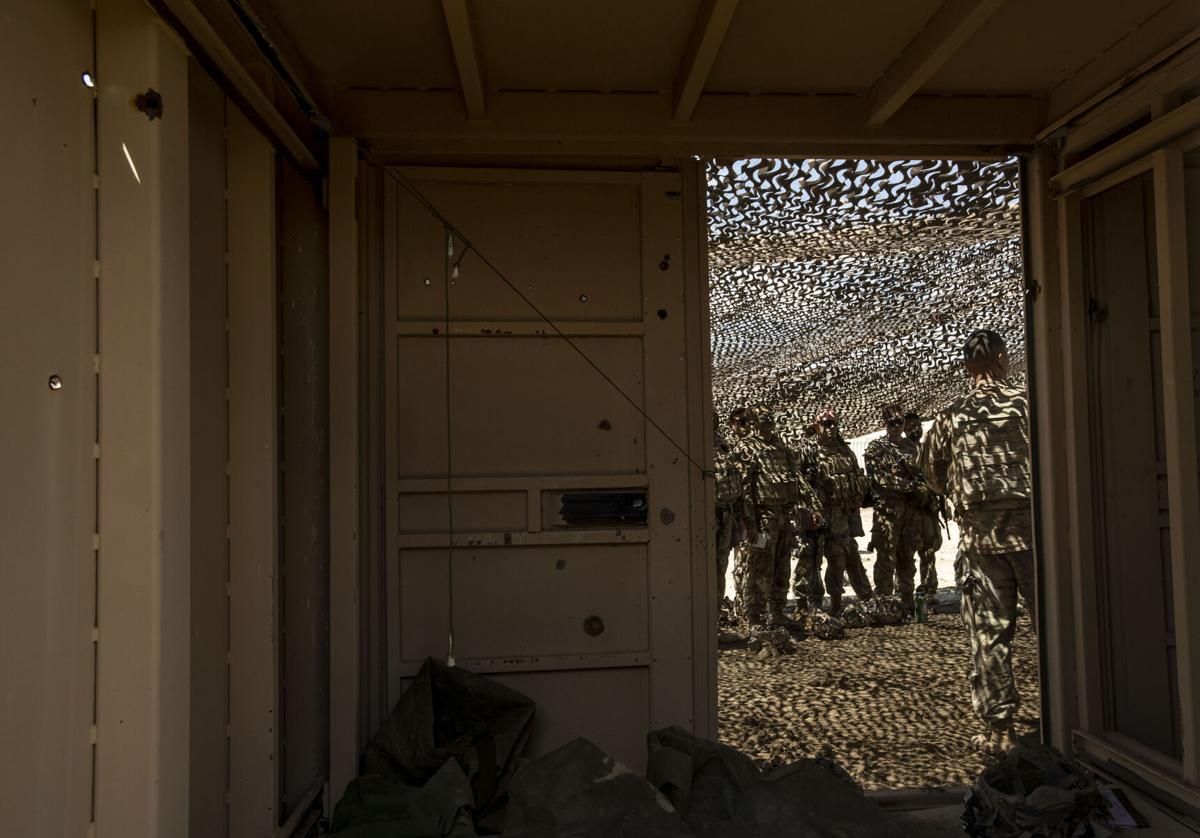 Soldiers with the 1st Brigade Combat Team, 4th Infantry Division, after conducting a live-fire training downrange on Fort Carson military base on Wednesday, May 19, 2021. (Chancey Bush/ The Gazette) 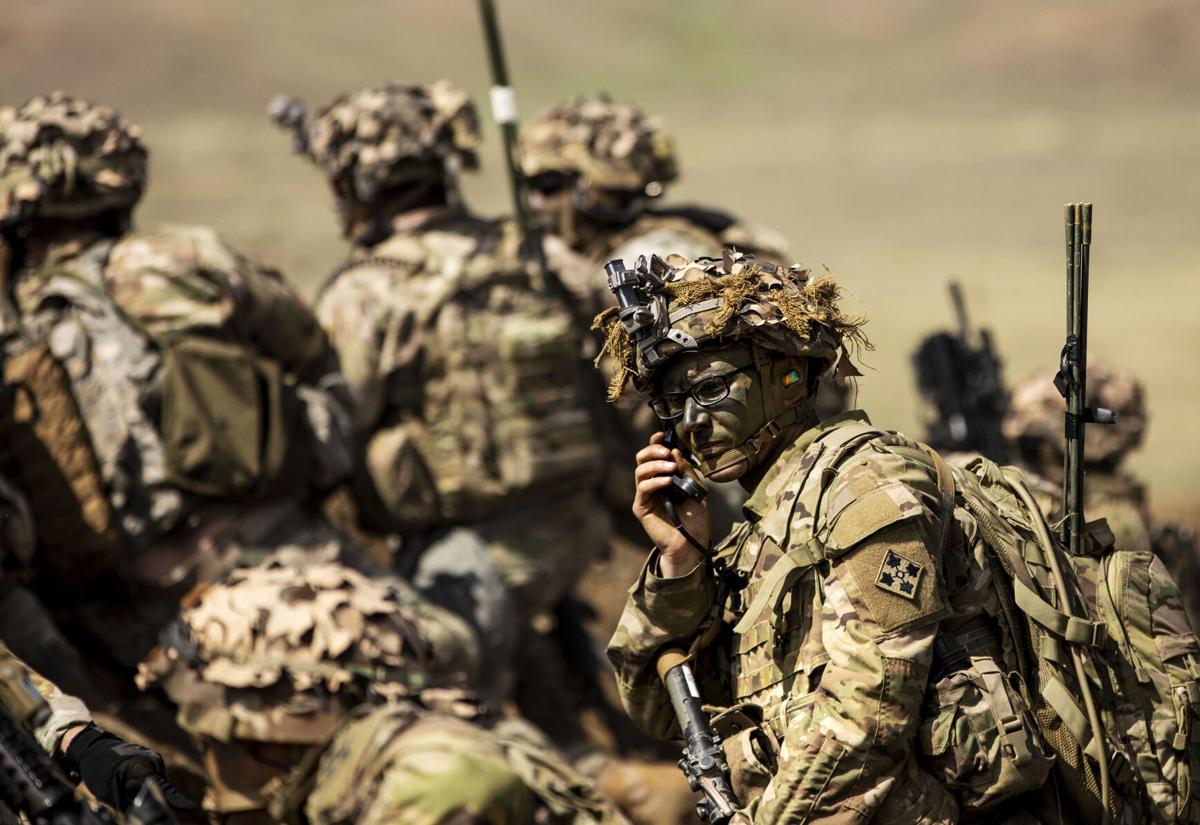 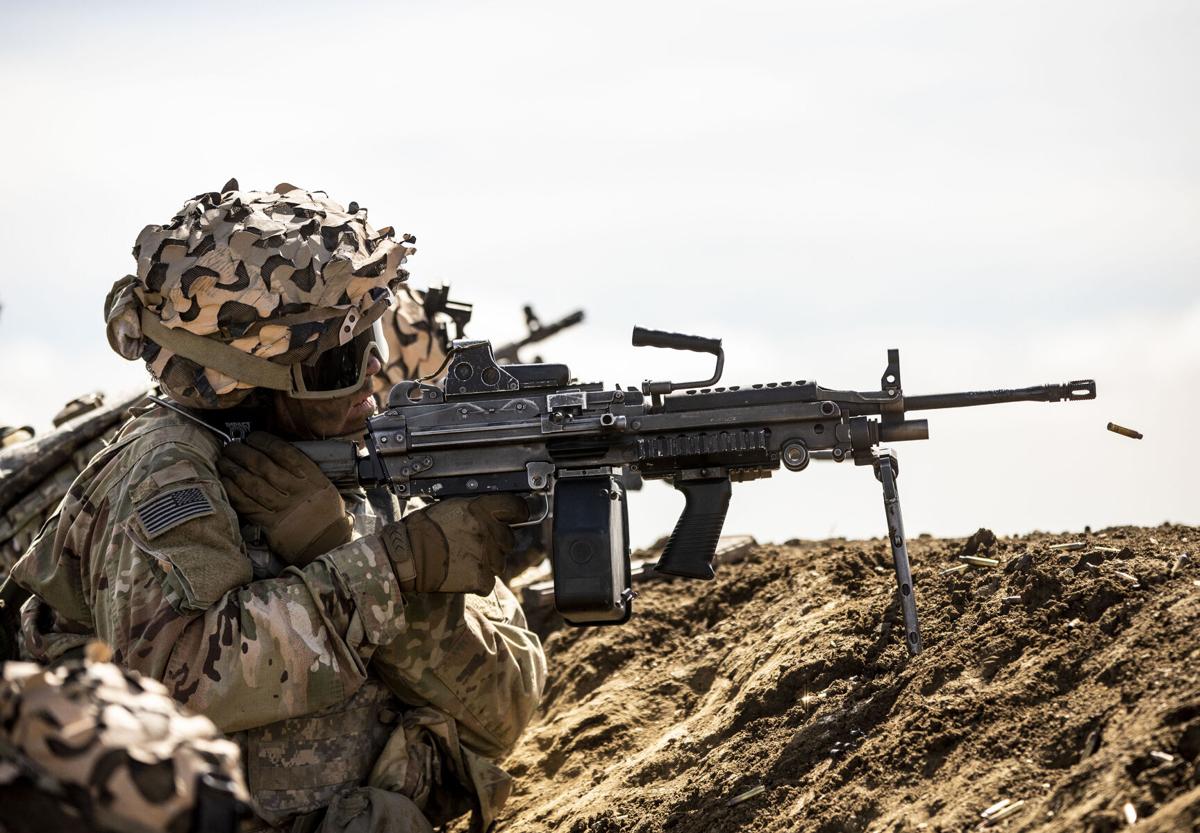 Soldiers with the 1st Brigade Combat Team, 4th Infantry Division, after conducting a live-fire training downrange on Fort Carson military base on Wednesday, May 19, 2021. (Chancey Bush/ The Gazette)

The Fort Carson unit credited with capturing Saddam Hussein is headed back to Iraq to bolster the ongoing effort to counter Islamic State terrorists.

The post announced Tuesday that its 1st Brigade Combat Team has orders to head to Iraq, replacing a National Guard unit on duty there. A timeline for the deployment wasn't announced.

“Our soldiers and leaders have been training hard, preparing to answer our nation’s call,” the brigade's commander, Col. Ike L. Sallee, said in a statement. “We are ready for this mission, and we are fortunate to have the very best soldiers, leaders and family members.”

In December 2003, soldiers from 1st Brigade pulled Hussein, the deposed Iraqi dictator, from an underground hiding place near his hometown of Tikrit, north of Baghdad. This time, the unit will join in training and assisting Iraqi forces countering the Islamic State, which held a wide swath of Iraq and Syria before an international coalition battled to roll it back.

President Donald Trump pledged last year to bring home all U.S. troops from Iraq and Afghanistan. This year, President Joe Biden has announced that American troops will leave Afghanistan by Sept. 11, but he hasn't set a timeline for ending the ongoing commitment in Iraq.

While America pulled back much of its presence in Iraq in 2020, a brigade tied to the mission to counter the Islamic State has remained there, deployed near towns including Irbil and Baghdad.

The unit the Fort Carson troops will replace, the 256th Brigade Combat Team of the Louisiana National Guard, is expected to return home in the coming weeks after heading to Iraq in late 2020.

The Louisiana Guard troops have worked to protect convoys through the region and participated in training with Iraqi troops.

The Fort Carson soldiers trained for the past year to prepare for a deployment, including drills on base and at the Piñon Canyon Maneuver Site east of Trinidad.

With more then 4,000 soldiers, the brigade is designed to cover vast swaths of territory, and its wheeled rigs can easily travel on roads at highway speeds while carrying infantry soldiers who exit the vehicle to fight.

The brigade is a multifunctional force, equipped with everything from artillery and reconnaissance drones to mobile kitchens and medical facilities.

It will enter Iraq as U.S. efforts against militants are heating up. Late last month, Biden ordered airstrikes at sites near Iraq's border with Syria after U.S. troops were targeted with rocket attacks.

"We are in Iraq at the invitation of the Government of Iraq for the sole purpose of assisting the Iraqi Security Forces in their efforts to defeat (the Islamic State)," the Pentagon said in a statement on June 27. "The United States took necessary, appropriate, and deliberate action designed to limit the risk of escalation — but also to send a clear and unambiguous deterrent message."

Lost a drone in southeast Colorado Springs? The sheriff's got it if you want it back

As neighborly introductions go, “I think my drone is in your backyard” has the potential to get a little … awkward.