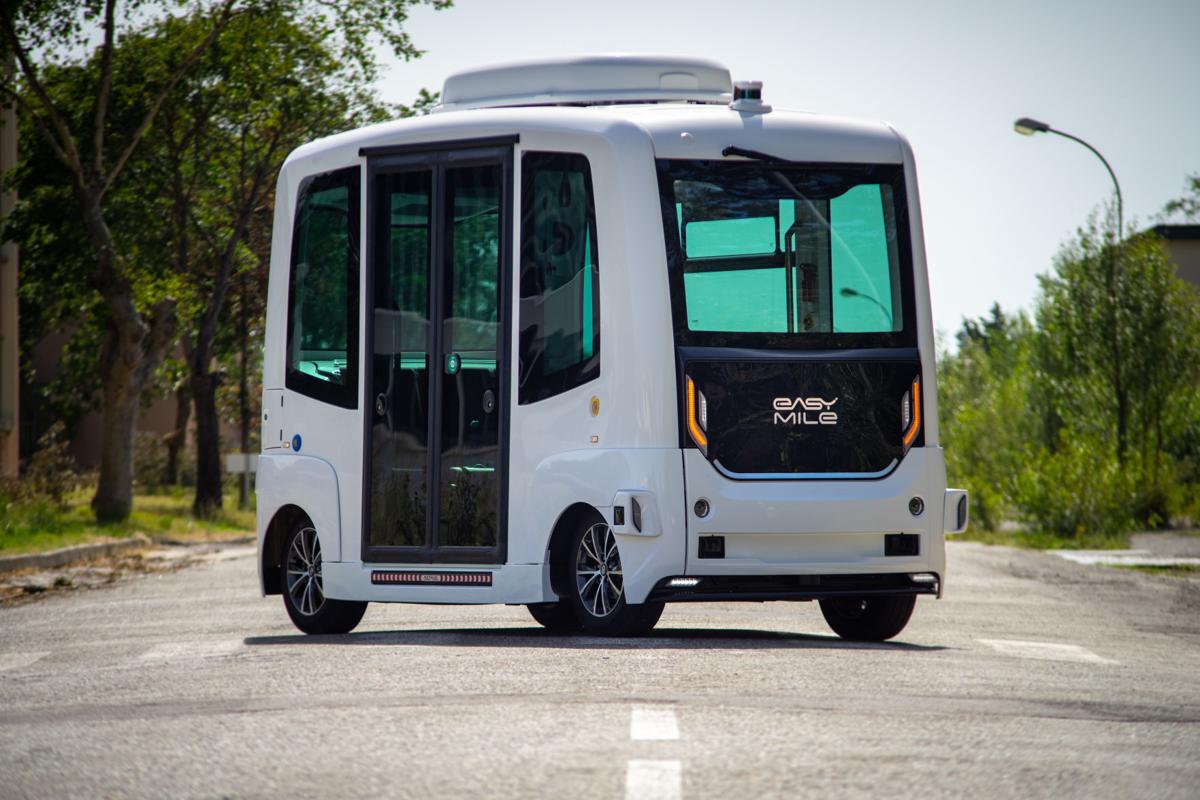 The type of EasyMile autonomous vehicle being considered for use at Dallas/Fort Worth International Airport. Fort Carson plans to use similar robotic buses on the post. 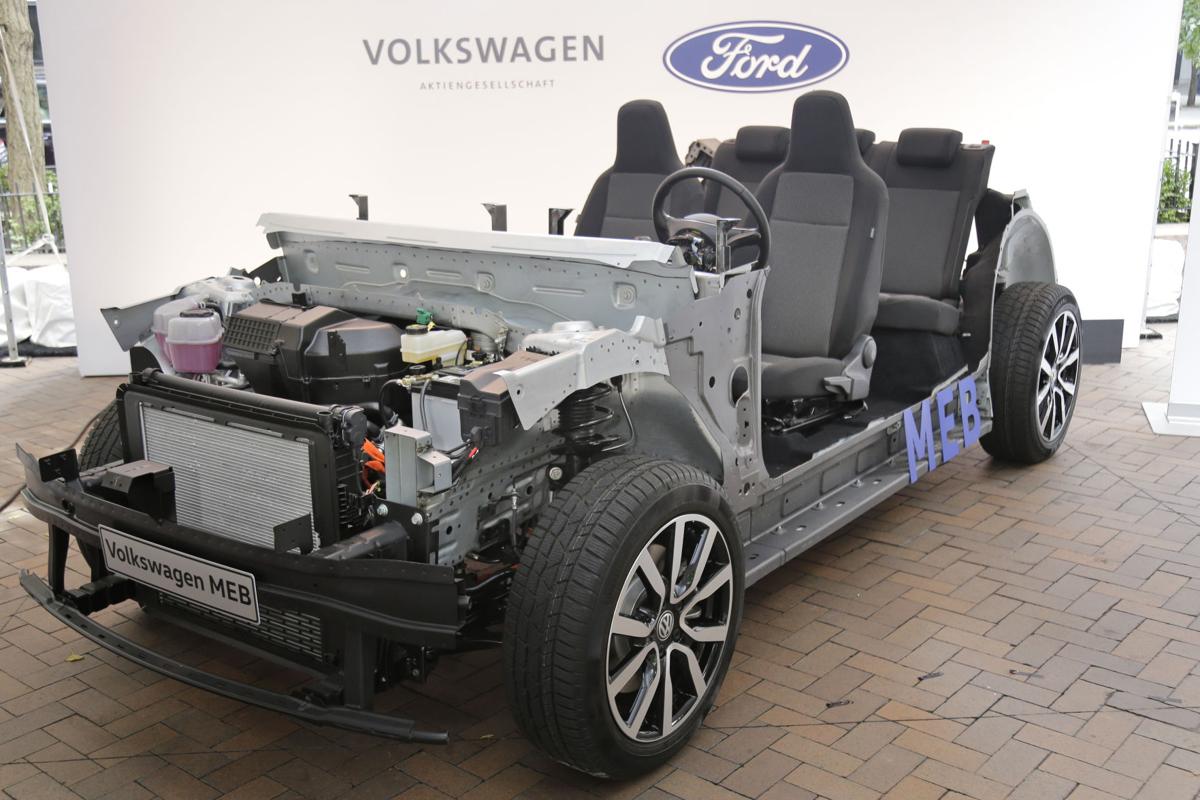 An electric car platform by Volkswagen is displayed Friday in New York. Volkswagen will sink $2.6 billion into an autonomous vehicle company that’s mostly owned by Ford as part of a broader partnership.

The type of EasyMile autonomous vehicle being considered for use at Dallas/Fort Worth International Airport. Fort Carson plans to use similar robotic buses on the post.

An electric car platform by Volkswagen is displayed Friday in New York. Volkswagen will sink $2.6 billion into an autonomous vehicle company that’s mostly owned by Ford as part of a broader partnership.

Fort Carson troops will be able to ride around the post on a pair of robotic buses next year under a first-of-its-kind research program backed by the Army and a Washington, D.C., nonprofit.

It’s a pilot program that organizers say could eventually lead to autonomous delivery vehicles on Colorado Springs streets and will give inventors data on how the vehicles perform in a real-world situation. They picked Fort Carson because it has a sizable population of 28,000 soldiers and is just a fence away from Colorado Springs, allowing a project that brings together the post, the city and researchers from institutions including the University of Colorado at Boulder.

“You guys are a very unique location,” said Nick Maynard with U.S. Ignite, the Washington nonprofit that seeks to use computer technology to improve urban life.

The robot vehicles are also part of an experiment to see if automated transportation could save the Pentagon money. The Army alone spends $435 million a year on buses vans and cars — vehicles that haul soldiers around posts, camps and stations, but are practically useless in combat.

Jim Allen, who is overseeing the robotic bus initiative for the Army’s Engineer Research and Development Center, issued a wordy statement touting all the ways the Fort Carson experiment could help urban planners and combat leaders.

“This research will advance the U.S. ability to leverage autonomous transportation systems to improve mission readiness and mission assurance at installations in areas that include infrastructure, operations, security, economics, communications, and planning to meet our national defense objectives,” Allen said.

Autonomous vehicles are all the rage in the automotive world, with newcomers including Google joining a race with old-school automakers like Ford in a race to develop the technology.

Maynard said much of the technology for robotic buses came from the Pentagon’s Defense Advanced Research Projects Agency, which has sponsored research into autonomous rigs for battlefield use.

The military has had robotic craft in the inventory since the 1991 Persian Gulf War, when drones were first used to spot artillery fire.

At Fort Carson, the Army has hundreds of drones, ranging from hand-held spy planes that small units can use to spot enemies on the next urban block and large, missile-packing drones, to robots used to disarm enemy explosives.

The Army is now exploring robotic tanks and other ground vehicles that could conduct future wars while risking fewer American lives.

The robotic buses, though, will generate data that has more peaceful applications.

“The program will also include a sophisticated data sharing initiative between Fort Carson and Colorado Springs,” organizers said in a news release. “Smart sensors will be used on base to monitor traffic, parking, and public safety, and will be linked to information from the city’s own sensors and mapping systems to create joint data repositories.”

All that data will show how autonomous rigs can survive in an urban environment, said Bret Waters, the deputy chief of staff for the city of Colorado Springs.

“Collectively, we will better understand the use cases and business models,” of autonomous vehicles, Waters said in an email.

More details on the Fort Carson buses will be rolled out as they get closer to rolling on the post.

And for those who can’t wait to take a spin in their own robotic sports car, you may want to enlist in the Army first. Your hitch would be shorter than the expected wait to get autonomous vehicles into local garages.

“If you are talking about driving a car cross-country we may be many years away,” Maynard said.

For Randy George, leaving Fort Carson is an experience not unlike departing Alden, Iowa, to join the Army 37 years ago.