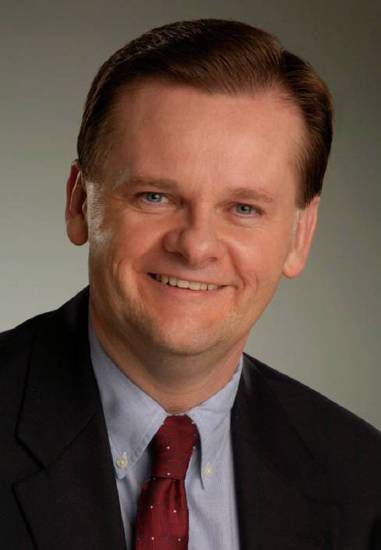 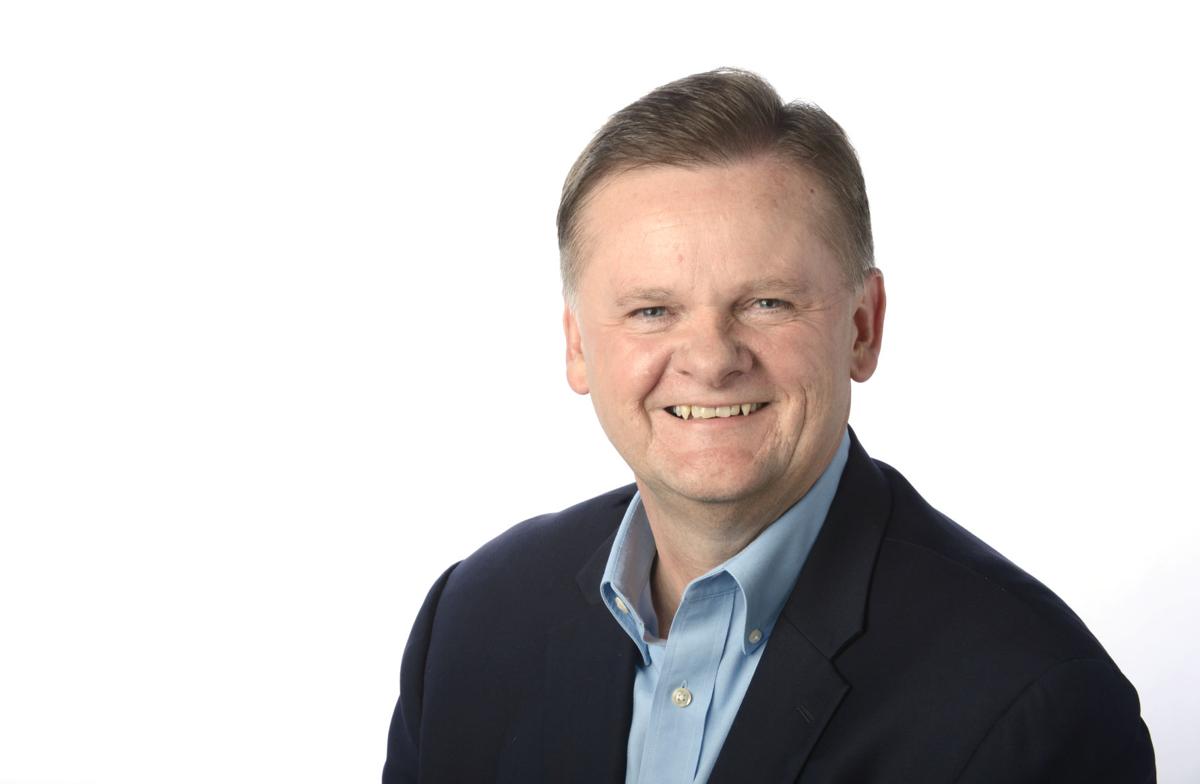 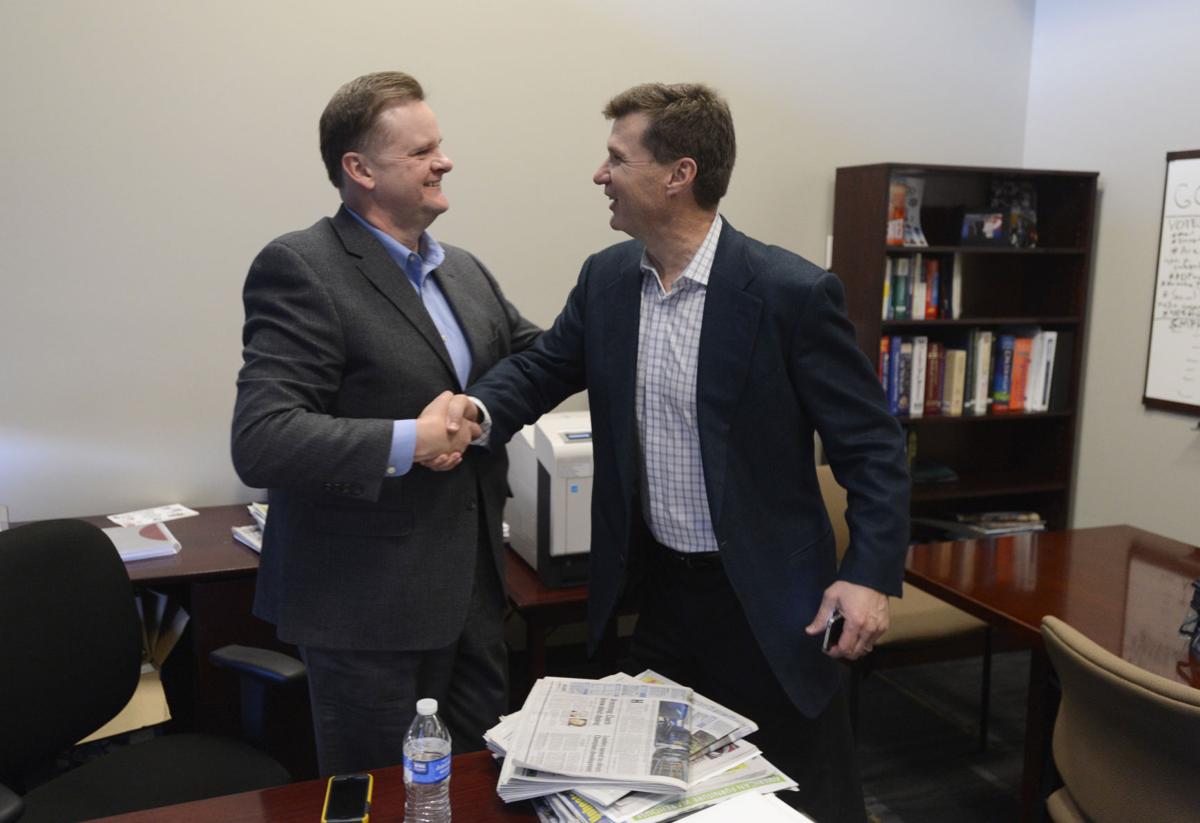 Former Colorado Springs Gazette editor Joe Hight, left, and former President and Publisher Dan Steever congratulate each other after receiving the news that Gazette reporter David Philipps had won a Pulitzer Prize for The Gazette’s “Other Than Honorable” series.

Former Colorado Springs Gazette editor Joe Hight, left, and former President and Publisher Dan Steever congratulate each other after receiving the news that Gazette reporter David Philipps had won a Pulitzer Prize for The Gazette’s “Other Than Honorable” series.

Paul Hight wanted to offer comfort to the poor. This was his obsession. He gave away his money freely, so freely he often was broke. Paul wasn’t satisfied with just talking of aiding the afflicted. He wanted to do the heavy lifting himself.

He struggled through his adult life with mental illness. He was in and out of institutions. He departed the Catholic priesthood, likely after coercion from the church. He was shot twice by police officers, the second time fatally. Paul died, only 57, in 2000.

He left behind a brother named Joe, who spent decades trying to understand the life of a complicated, haunted man.

“Unnecessary Sorrow” is Joe’s remembrance of his brother, one that brings meaning and power to Paul’s life. It’s not an easy read. We see a country that fails to do enough or care enough for those who face mental illness. We see police officers who use deadly force too quickly. We see a devastated family.

And we see a little brother who deeply loves his big brother, but in the end cannot save him.

But the book is more than depressing. Much more.

Joe served as editor in chief of The Gazette from 2012-2014 and helped oversee a Pulitzer Prize-winning series written by Dave Philipps. Joe has returned to his native Oklahoma, where Paul lived and died.

In the book, Joe thrives as reporter and brother. His research is exhaustive, and he never becomes overly sentimental. He’s seeking the truth about his brother’s schizophrenia, and it’s a long, dense journey that includes a private investigator and a 150-page police report and combing through Catholic Church records.

Yet the brother part shines, too. I’ll long remember a scene from the book when Joe picked up Paul for a trip to enjoy Italian food. As a child, Paul had been a hero to Joe, 15 years younger, but Paul later threatened his little brother with a knife and created chaos for the Hight family, straining the pure bond between the brothers.

As the brothers headed for the meal, Paul still was recovering from being shot in the stomach by a police officer. For the first moments, it was a gloomy ride.

Then the darkness lifted.

“You know I have mental illness.”

While we talked by phone, Joe thought back over the decades to consider this moment with his brother.

Soon, the brothers laughed their way through an Italian feast.

We must do more to lift those who suffer from mental illness. The National Alliance on Mental Illness says one in five (47.6 million) adult Americans struggled with a mental illness episode in 2018. And yet 60 percent of American counties have no psychiatrist. We are woefully unprepared to struggle with a crisis that so deeply afflicts us.

Joe writes with gentleness yet honesty as he examines Paul’s struggles and death, and he’s found a hunger for honest talk about mental illness. The first printing of his book quickly sold out.

After he presents his book, many in the audience privately share stories of confusion and despair. Joe is a rarity, a man who excels as talker and listener. He listens carefully and offers advice to mothers, fathers, brothers and sisters who love a family member but struggle to help. He knows the struggle intimately. He wrote a book on his struggle.

“What we have to learn as a society is to start talking about it more,” Joe says. “We talk about heart disease and cancer, but when it comes to mental health and mental illness we simply hide behind our wall.

“It’s time to start talking about it more, and it has to come from families who are dealing with these issues.”

“It has to come from people like me as an individual. We tend to be hesitant to bring these issues out, so people continue to be ignorant of them, to be scared of them.”

Joe signed my copy of the book. It reads, “Help others. End the stigma.”

Each time I read the inscription, I consider the words a gentle order to do better in my outreach to those who suffer mental illness.

And I will do better, Joe. I promise.

The Gazette’s yearlong investigative series on mental health care in Colorado began in April. Since then, dozens of readers have shared person…

Brace yourself: Legal sports gambling soon will dwell among us here in Colorado.