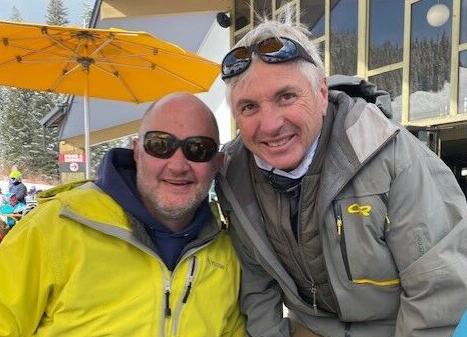 Nigel Richardson, right, took this image three hours before he had a heart attack. 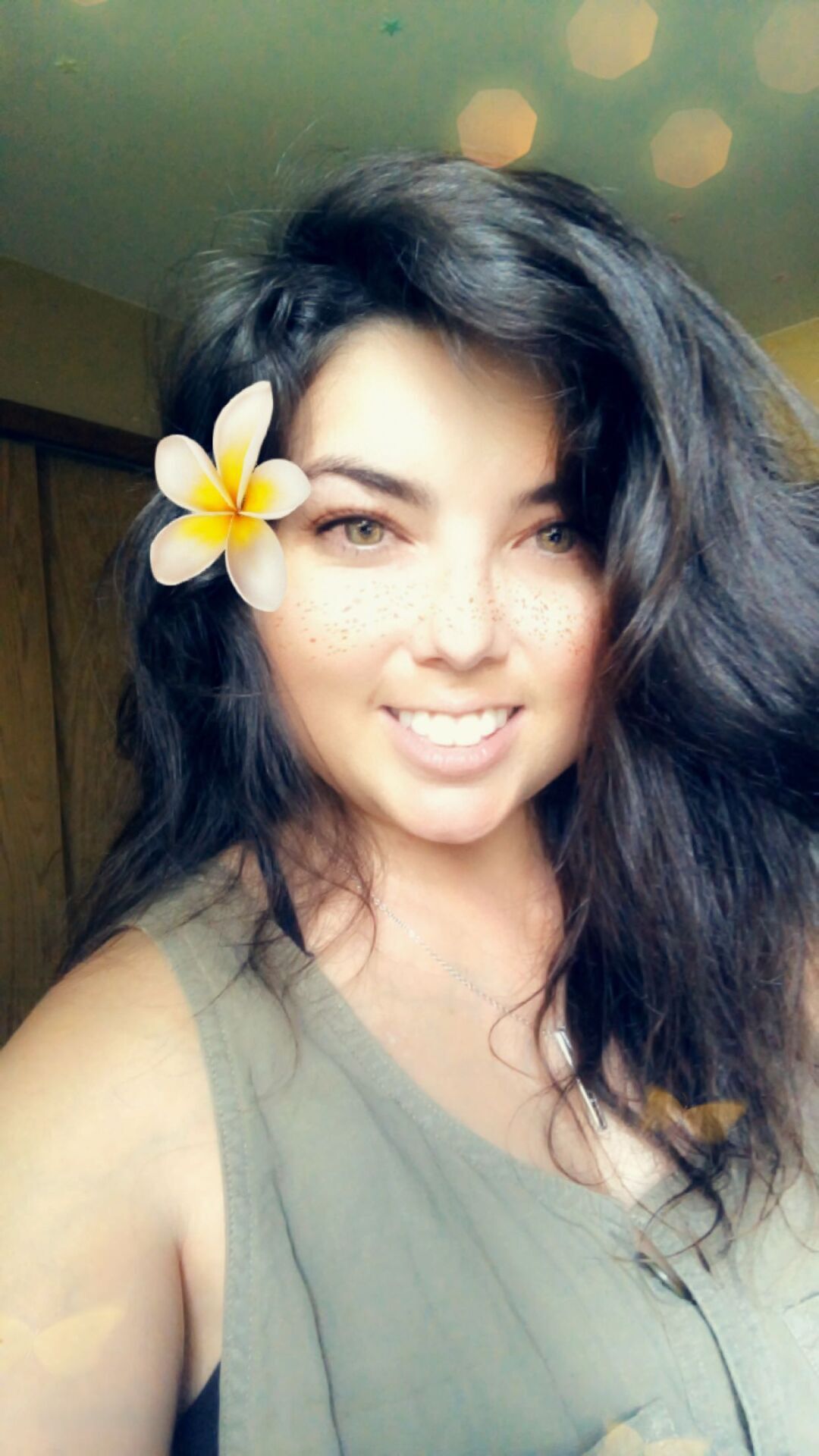 Kelsey Crider has weathered four kidney transplants since she was a teenager, procedures that have now left her with a severely compromised immune system. 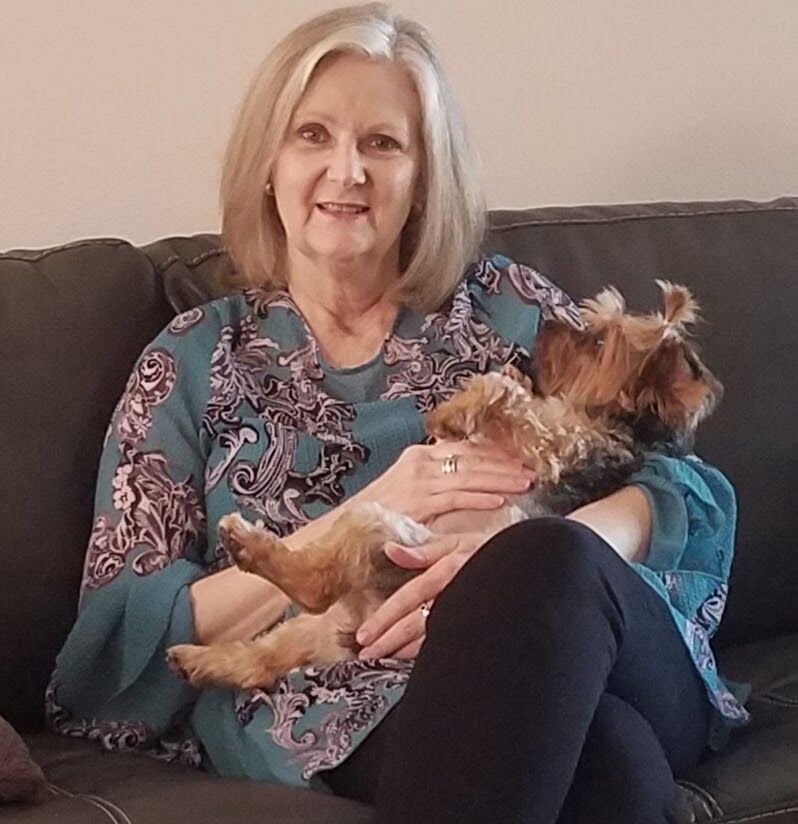 Kathy Montgomery has been insolation for more than 650 days, thanks to the pandemic and a stem cell transplant that’s left her immune system in tatters.

Nigel Richardson, right, took this image three hours before he had a heart attack.

Kelsey Crider has weathered four kidney transplants since she was a teenager, procedures that have now left her with a severely compromised immune system.

Kathy Montgomery has been insolation for more than 650 days, thanks to the pandemic and a stem cell transplant that’s left her immune system in tatters.

Kathy Montgomery has been in isolation for 651 days. She can rattle that off without thinking, as if she's looking at tally marks on her wall. She's spent more time isolated than four presidents spent in the White House, longer than the United States was entangled in World War I or the Spanish-American War.

Friday marked 651 days since Kathy received a stem cell transplant in August 2019 to treat her myelofibrosis, a rare blood marrow cancer. Back then, when the word "pandemic" was confined to Hollywood plot lines and foreign catastrophes, she was told her post-treatment isolation would last 100 days. Her immune system had been weakened before the transplant, and she and her husband, both of Cheyenne, Wyo., had planned to spend those days holed up in a hotel in Denver.

Untreated, the disease would've killed her. To prepare for the transplant, she underwent four days of chemotherapy and then was blasted with radiation, annihilating her immune system so thoroughly that she'd need to redo all of her lifetime vaccinations. There were some exceptions to the isolation — some restaurants accommodated the couple's need for privacy and distance. But broadly, they kept away.

A new coronavirus was identified in China, then it spread to Washington state, then everywhere. Governments instituted lockdowns, and much of the country joined Kathy in isolation. That summer brought some normalcy to the general population, but little changed for Kathy, her husband and their Yorkshire terrier, Mizzy.

Kathy's aware of the risk she faces, should she get sick. The isolation has infected her with new anxieties and fears, a far cry from the hug-loving Arkansas girl she was two years ago.

"I'm frightened by things that never before would have bothered me," she said. A retired music teacher and speech pathologist, Kathy's eyes move from side to side as she considers her words. "I guess I'm so thankful I'm alive that I just don't want to chance anything," she said.

Now, much of the country is celebrating the apparent end of the pandemic as we've known it. Masks are a suggestion, not a requirement. Businesses are open at full capacity, and Gov. Jared Polis has trumpeted the arrival of a typical Colorado summer. Helped along by a country determined to return to normal, every-day life has passed back through the kaleidoscope.

But the pandemic is not over for Kathy Montgomery, nor has it ended for her fellow transplant patients. Though doctors encourage those patients to get the COVID-19 vaccine, it remains unclear just how effective the inoculations are for people whose immune systems must be hammered down to prevent them from rejecting vital organ transplants.

As others shed masks, Kathy and her cohorts keep their faces covered. As social distancing requirements go out the window and businesses fully open up, transplant patients limit their trips out and curtail socializing. As stadiums return to full capacity, Kathy's isolation tally keeps growing.

Vaccines not as certain

Vaccines produced by Moderna and Pfizer, the two primary manufacturers, are roughly 95% effective for the general population, said Richard Nash, a hematology and oncology specialist at the Colorado Blood Cancer Institute. But the circumstances for transplant patients are different: In order to ensure they don't reject their new organs or cells, those patients are put on a heavy regimen of drugs to tamp down their immune system. The meds are strongest in the first few months, but suppression can last significantly longer than that — often a lifetime.

As a result, it's harder for those patients to develop antibodies. Vaccine trials showed that just 17% of organ transplant recipients had a positive immune response after their first dose. A study published last month in the Journal of the American Medical Association found even worse results: Just 15% had developed "a measurable immune response" three weeks after the first dose. Twenty-nine days after the second shot, only 54% had developed antibodies.

"Patients get vaccinated, they’re reading the magazines, they’re reading the literature, they see that people are taking off their masks," Nash said. "They kind of assumed that they’re going to have the same immune protection from the vaccinations that a non-immune suppressed patient would have, and that’s not the case."

There's much that researchers are learning about the virus and the vaccine, experts said, and more data should emerge in the coming months that may give a better timeline and concrete understanding for transplant patients. If Colorado hits the magic herd immunity number — at least 70% of the state vaccinated — then that may give these patients the environment they need to relax.

But it's far from clear when, or if, that'll happen. Though a dozen Colorado counties have given at least one dose to at least 70% of their 12-and-older population, many more have yet to hit 50%. The vaccination rate in the state has slowed since March, though Polis said Friday that the $1 million incentive program has led to an 8% bump.

For Nigel Richardson, isolation had been easy. He works on a ranch in North Park, and it hasn't been hard to largely avoid people up in the mountains. Still, he skied, and last summer, he worked the ranch as he normally would.

Then he had a massive heart attack in March. A healthy 58-year-old who logged 50-some days on his ski pass this past season, Nigel had just finished up a sauna and shower when he started sweating, more so than he had when he was in the sauna. He had some pain in his chest, and he sat outside on the porch as snow drifted down. He didn't know — and wouldn't, until he went to the hospital the next morning — that a blood vessel feeding his heart was 98% blocked.

He should've died, doctors told him, and now he needed a new heart. He was given the second-highest rating in terms of his need for a transplant. Somehow, a heart was available shortly after. He had surgery the Monday after Easter, and he started the drugs to subdue his immune system.

Now, he said, he's living as if he's living in an apartment in Denver during the height of the pandemic.

For now, Nash said, patients like Nigel and Kathy "have to hold the course." There just aren't exact answers or timelines yet. The disease, experts noted, first emerged 18 months ago, and the vaccines have only been in circulation for half a year.

"There's no great answer for that," said Muhammad Aftab, a cardiac surgeon at UCHealth, when asked about timelines.

Patients, who in addition to dealing with organ transplants have been isolated for more than a year, are understandably frustrated and disappointed, doctors said. But there's a more sober understanding for them than most.

"They done so much sacrifice already for their transplant, they're already careful," Aftab said.

For his part, Nigel's remaining relentlessly positive. The heart beating in his chest was the final gift of a stranger, and Nigel's not going to squander that.

"Somebody younger than I am, healthy, more of a life to live, everything's in front of them, died for you to have what you have," he said. "I wouldn't say it messes with you, but you can never forget that. So I have to go forward and be positive and know, I really have to live for both of us."

Nigel weathered one transplant. Kelsey Crider's gone through four. When she was in high school, she was often tired and lethargic. She was anemic: Her body wasn't producing enough red blood cells, which in turn deprived her organs of oxygen. With college looming, her mom wanted her to get checked out. That's how doctors discovered her kidneys were functioning at just 10% capacity. She immediately started dialysis, with a machine standing in for the kidneys, and she went on the transplant list.

You can languish for years on that list. So it was fortunate that her dad was a perfect match — "on paper." But her immune system was too strong, and within a month, her body started attacking her new organ. She went back on dialysis, back on the transplant list. A family friend was the next to offer to undergo a transplant, another seemingly perfect match. Kelsey's body rejected that one, too. Her family put the word out, in newspapers and on TV, for another donor. A third person came forward.

Another match. Kelsey's body didn't outright reject the kidney, but because of previous trauma, it slowly began to fail. Finally, in 2016, another stranger raised his hand, and — knock on wood — everything's held up so far.

When the pandemic began last year, Kelsey's doctors told her not to go anywhere. After the saga she went through to find one kidney her body would tolerate, she wouldn't risk any complications. She takes medication and gets a monthly IV infusion to keep her immune system subdued.

"When (the pandemic) first came out, I'd wear gloves when I went out," Kelsey said. "I'd wear N95 masks. I had Lysol wipes in my car, I'd wipe everything down, wipe my hands off again. … I kept myself so secluded from people."

Her mom works for Abbott, a medical tech company that helped develop one of the first COVID-19 tests. As a result, she was particularly aware of the vaccine early on. She was concerned that the vaccine might impact her kidney, and was wary of inoculation until one of her doctors reassured her of its safety. "If this kidney fails, then I'm back at a life that's a lot harder for me to manage," she said.

She's been vaccinated. But she remains cautious. Throughout the pandemic, she's focused on protecting herself. The attitude isn't universal, she said, but the world "is pretty negative," and she doesn't trust others to look out for strangers.

The pandemic's not over, she stressed, and she doesn't think it'll truly be over "for a long time." For much of the past 15 months, the focus was on protecting the elderly: Don't get grandma and grandpa sick. But now, that collective attention should shift, Kelsey said.

"Don't be blind," she said. "Let's help people out who are sick and immune suppressed."

A dozen Colorado counties have given at least one vaccine dose to 70% of their eligible residents, according to state data, three weeks ahead …