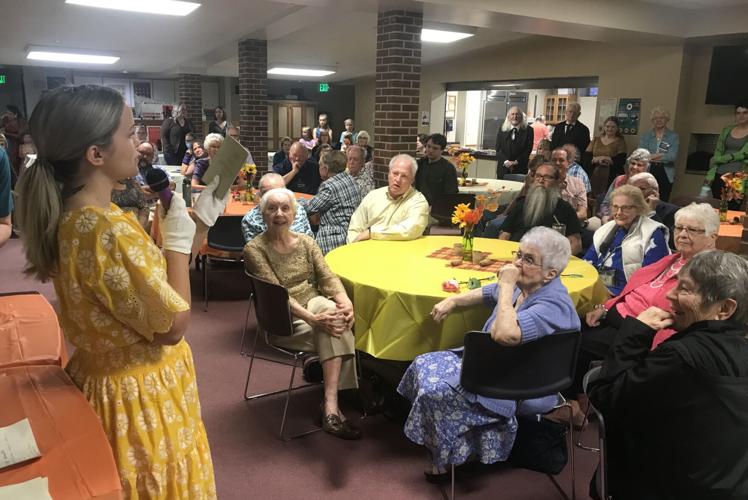 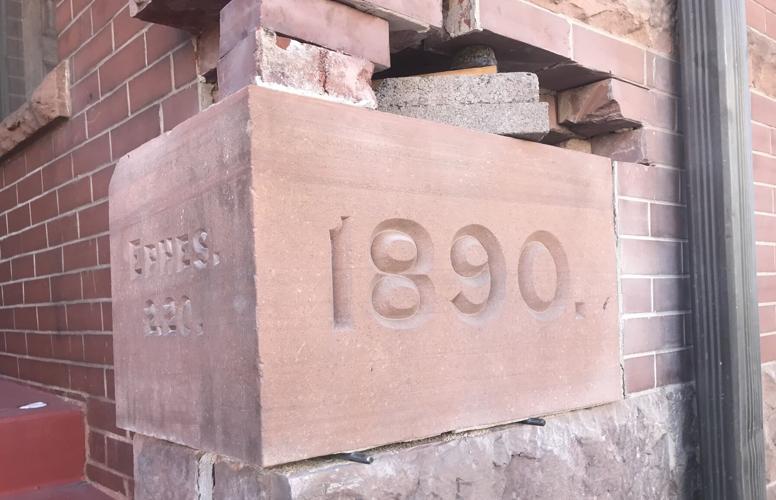 The cornerstone of the First Baptist Church building. The original structure was built in 1872. 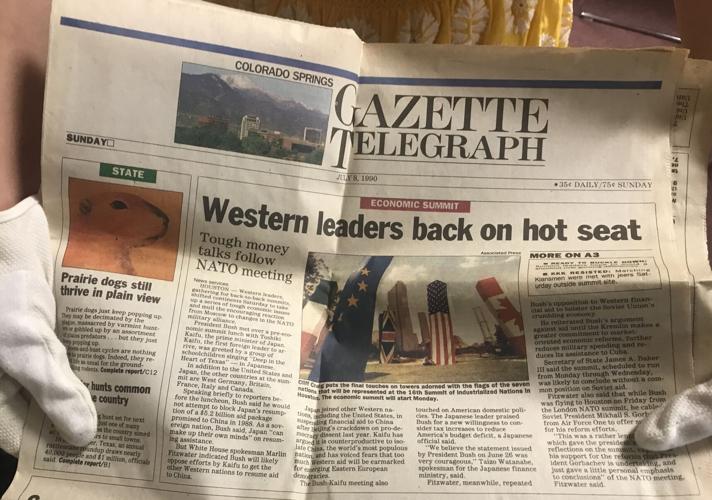 A copy of the Gazette Telegraph from July 8, 1990, the last time the time capsule was opened.

The cornerstone of the First Baptist Church building. The original structure was built in 1872.

A copy of the Gazette Telegraph from July 8, 1990, the last time the time capsule was opened.

Just after 9 a.m. Sunday morning, about 90 minutes before a scheduled worship service, about 60 parishioners watched as First Baptist Church pastor Katie Hambrick struggled to open a lockbox with an ancient key. Someone suggested oiling the lock, but Hambrick nixed that idea. Some of the contents were more than a century old, and any liquid could damage or even destroy them.

The box was a time capsule, and its opening was one of the final events of a weekend spent celebrating First Baptist’s 150th anniversary.

In 1871, Gen. William Jackson Palmer donated lots to build several churches in what is now the downtown region of the city. First Baptist was the third church in the city’s history, founded after First United Methodist in 1871 and First Presbyterian in 1872. Grace and St. Stephen’s is also celebrating its sesquicentennial this year.

The First Baptist building, which was built in 1890 to replace the original structure, still stands today, at the corner of Kiowa and Weber streets, just a stone’s throw from First Presbyterian. Much of the building, including a 110-foot steeple, sandstone exterior and stained glass windows, remains in its original condition.

The church celebrated its long history with a weekend festival, featuring a live concert on Friday, a block party on Saturday, and culminating with the time capsule reveal on Sunday.

It took a minute or two of coaxing, and an assist from a church member, but Hambrick managed to open the time capsule. The small lockbox held a wealth of historical information, including a late 19th-century church manual, letters from former pastors, a list of the founding church members, and two copies of The Gazette. One newspaper was dated July 8, 1890. The second was from the same date, 100 years later. Hambrick extracted each item carefully, with gloved hands.

Some of the faithful, like Maxine Goodale, were on hand when the capsule was last opened in 1990. First Baptist, Goodale said, is that kind of generational church.

“I’ve been worshipping here my whole life,” said Goodale, 79. “There are people here whose grandparents and great-grandparents worshipped here.”

“My mom and dad actually met here,” agreed Jason Hill. “I pretty much grew up in this church.”

Church officials have made an intentional effort to preserve as much of the building’s history as possible. One of FBC’s first pews, gleaming with finish, is on display, and an original offering plate is still in mint condition. Near the entrance, a hallway is adorned with portraits of each of First Baptist’s 20 previous pastors.

The church once housed the oldest American Baptist Women’s ministry in the state, and some of the group’s recordkeeping is still in the church archives, Hambrick said.

“Some of the records were written in code,” she said. “I still don’t know why, and we haven’t been able to decipher it yet.”

Schumacher said the church plans to replace the time capsule later this week, with a few additions from 2022, including a bulletin from Sunday’s service, a list of people who witnessed the latest reveal, and the front page of Sunday’s Gazette.

“The next time someone opens this time capsule, physical newspapers might be a thing of the past,” Schumacher said. “Who knows?”

While the area continues to expand with new restaurants, shops, and other buildings, First Baptist Church remains at the heart of downtown – a stone-and-mortar link between the city's post-Civil War past and its technology-driven present. Schumacher said the building is sturdy enough, and its parishioners devoted enough, to ensure the church will figure prominently in the city’s future.

“That’s the beauty of being in a historic downtown church,” he said. “We watch restaurants and apartments going up all around us. The downtown area is changing so dramatically even in the eight years I’ve been here. But First Baptist Church is still a stable, steady place in downtown Colorado Springs.”