Colorado Avalanche back atop the mountain, claim 3rd Stanley Cup 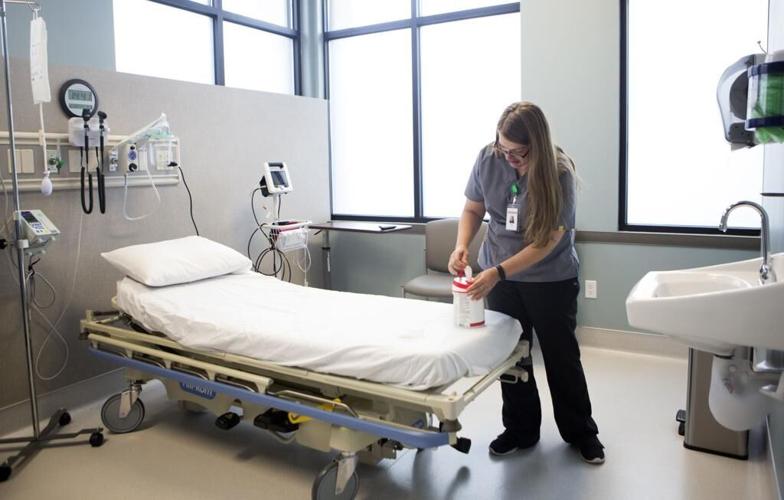 Six of the 24 beds in the emergency department at Children’s Hospital Colorado are dedicated to mental health patients, but with increasing demand, regular medical beds are sometimes used for mental health cases. 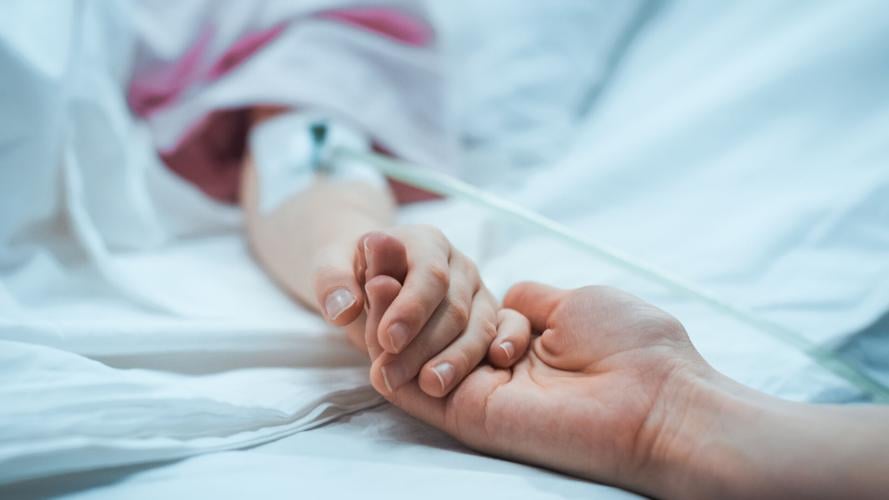 Six of the 24 beds in the emergency department at Children’s Hospital Colorado are dedicated to mental health patients, but with increasing demand, regular medical beds are sometimes used for mental health cases.

BB is 16. Instead of going to school or hanging out with friends, she's been living in the emergency room of a local hospital since July 1.

You read that right: more than two months, because the state has been unable to find an appropriate residential treatment program for her in Colorado.

She's one of three plaintiffs in a federal class-action lawsuit filed Friday morning with the backing of Mental Health Colorado and against the Colorado Department of Health Care Policy and Financing. Mental Health Colorado said in a press release that the state is failing to provide federally mandated services under Medicaid for children diagnosed with a mental health or behavioral health disorder. In those cases, the press release said, a doctor has recommended Intensive Home and Community-Based Services (IHCBS) to correct or ameliorate their disorder, but the state has been unable to find such placements.

A response from HCPF is pending.

The purpose of the IHCBS is to serve children, youth and families with the most disabling mental illnesses or serious emotional disturbances in community settings rather than institutional settings.

“The urgency of human distress is not often enough felt by health care systems and governments which are often stuck in quagmires of bureaucracy,” said Vincent Atchity, president & CEO of Mental Health Colorado. “Sometimes it takes a lawsuit to galvanize much-needed action for sake of the health and well-being of those who are ignored and neglected. Immediate action is needed, especially when we are failing our state’s future — our children.”

BB has multiple diagnoses, including PTSD, reactive attachment and depressive disorders. She's experienced suicidal ideations, including tying sheets around her neck and other harms to herself too graphic to describe. She's been psychiatrically hospitalized seven times in the past year and has had 17 emergency room admissions.

Another plaintiff, AA, a 13-year-old boy who has been psychiatrically hospitalized since March, has been diagnosed with a long list of mental disorders, complicated by possible prenatal drug exposure and other early trauma. He's got a history of assaultive behavior toward family, staff and school peers, including threats to harm or kill others. He also has been awaiting placement in a residential treatment facility, but the state has been unable to find a placement for him.

The lawsuit points out these services have been provided to others with disabilities — primarily those with intellectual and developmental disabilities (IDD)— but denies the same to the plaintiffs and others in their situation. The issue over services to IDD clients has long been a sticking point for the General Assembly, which pledged to see the waiting list for those services to IDD clients eliminated by 2020. At the beginning of the 2021-22 fiscal year, however, close to 3,000 people are still on that list.

But the state, according to the lawsuit, prefers to rely on hospitals, emergency rooms and other acute care facilities rather than the more appropriate placements in residential treatment facilities.

"The State of Colorado system of mental health care for children is so weak and uncoordinated that most children are released from facilities with little or ineffective follow-up community mental health care," the lawsuit asserts. Services offered after discharge consist of little more than "minimal medication management and outpatient counseling once a week for one hour, which is inadequate for a child with significant behavioral and emotional problems."

As a result, children and families are thrown back into crisis, the lawsuit said, forced to repeat the cycle of institutionalization.

Former state Sen. Moe Keller, now vice president of public policy and strategic initiatives for Mental Health Colorado, said these children with very complex needs are extremely difficult to place. "We do not have a facility in the state that can take a child who has autism, developmental disabilities, behavior disorders like depression or anxiety plus very aggressive behavior." Those kinds of facilities are very expensive and need a highly skilled workforce.

The state has lost a lot of residential centers for a variety of reasons, including that they couldn’t make a profit. However, the last residential facility, in Pueblo County, was shut down by the state in 2017 because of hundreds of complaints of abuse. So the solution has been to send these children out of state, to Pennsylvania and Utah, for example, which is hard on families, Keller said.

"If you don’t have a residential facility or inpatient type facility, your only option is a community response," Keller said, which includes services located in the community. "It has to be very intensive; it’s not good enough to say a couple of hours a week. You have to find respite care for the family and a fallback plan for the youngster. That lack of wide range of care is a piece that parents are frustrated with. They’re worn out and can’t take it. They ask Medicaid for the services, and Medicaid is required to pay for them."

Keller also noted that complicating Colorado’s situation is TABOR implications. Half of Medicaid is general fund; the other half is federal funding. "Increasing the amount of services will require a look at how the funding works against the TABOR limit," she said.

Last May, Children's Hospital declared a state of emergency in youth mental health, pointing out that suicide attempts in 2021 have been the number one reason in many weeks for visits to their emergency rooms. The news release also pointed out that their staff are working every hour to find placements for children with mental health issues.

"At a time when we are seeing volumes increase, severity increase and overall need, the system that is meant to be in place to serve these kids does not only not exist, but those who are attempting to do this work are currently underwater," said Heidi Baskfield, Children's Colorado's vice president for population health and advocacy.