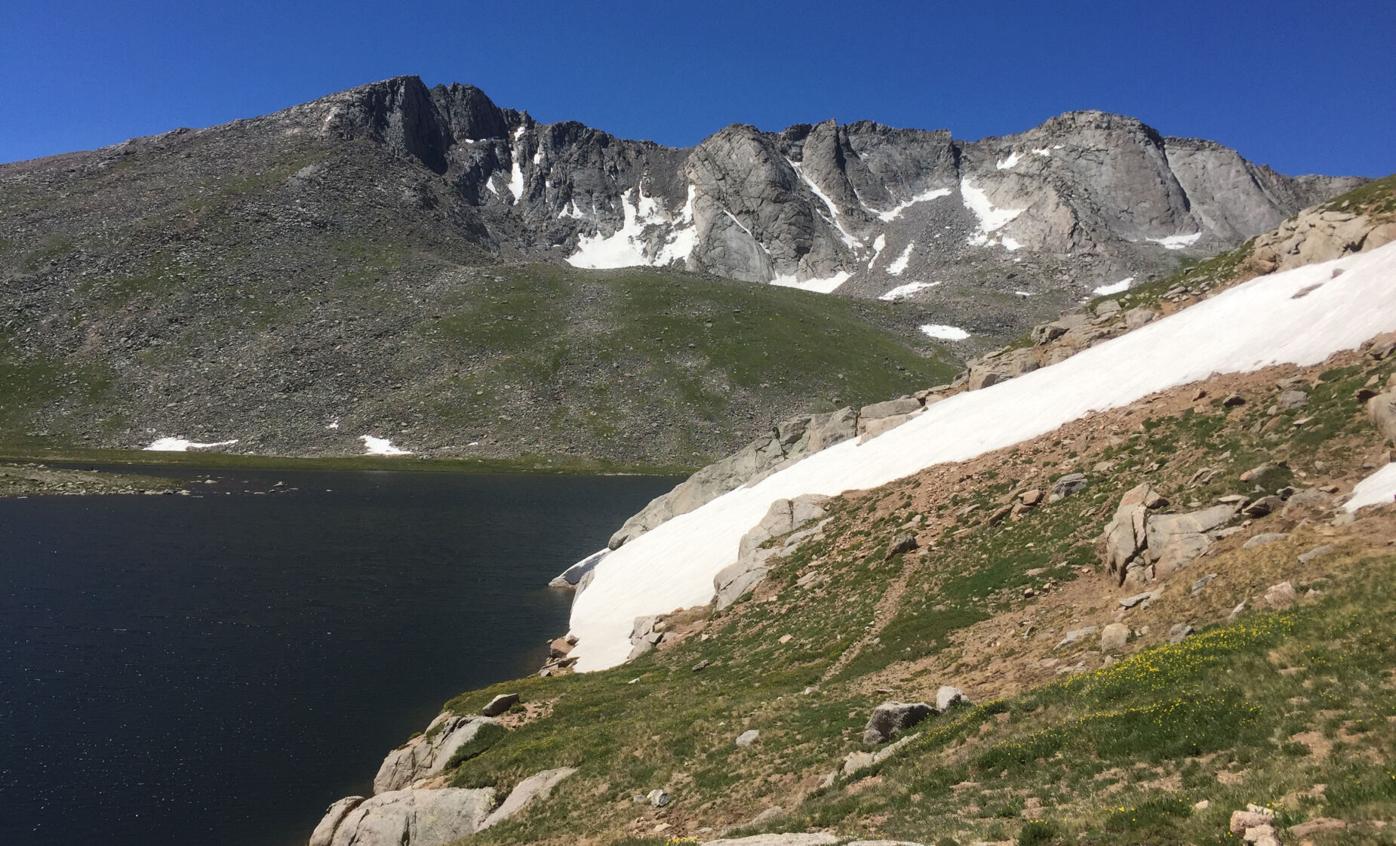 Summit Lake and Mount Evans. Five options have emerged to rename the mountain. 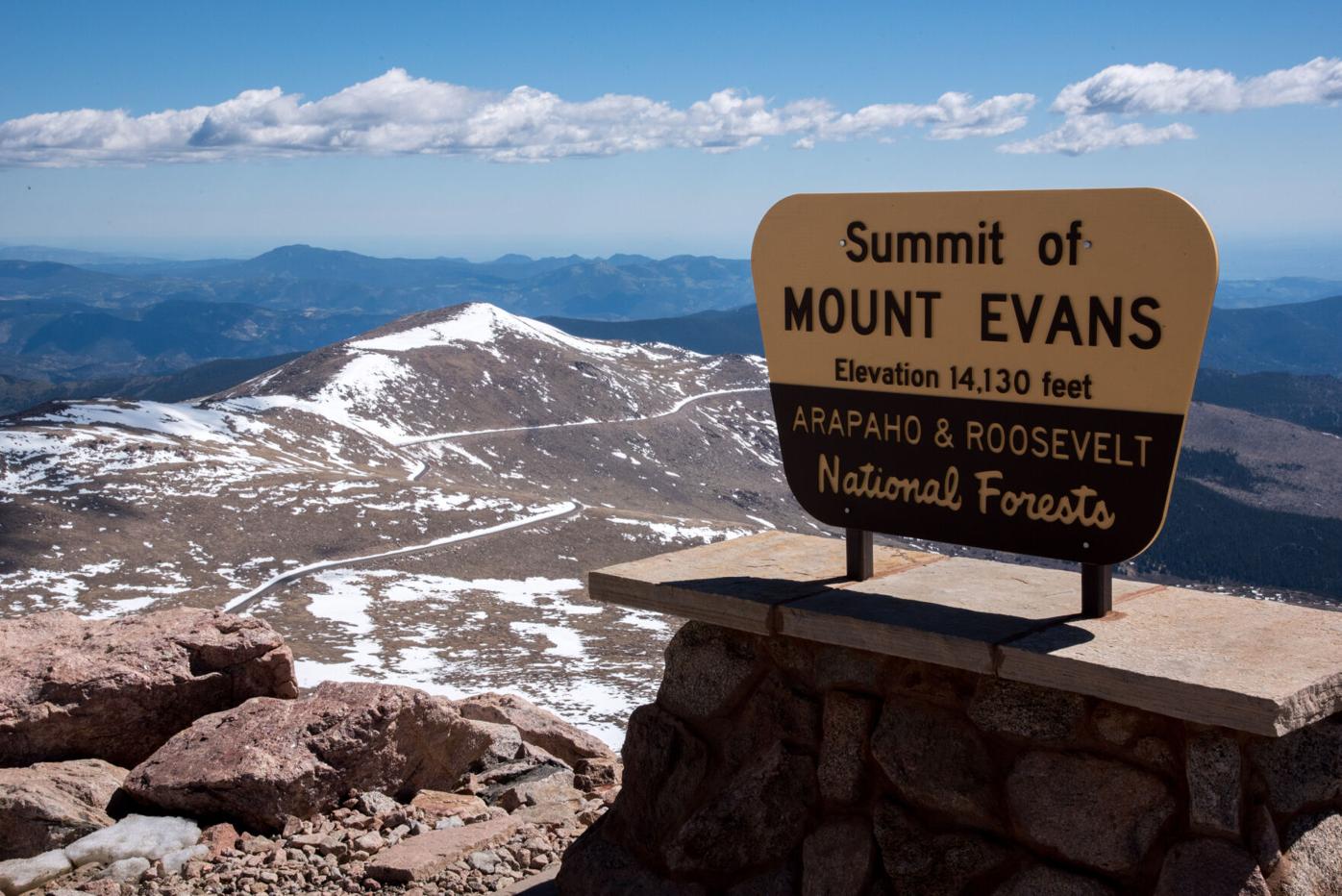 Getty Images There are 18 proposals for name changes for mountains, creeks, draws, lakes and gulches in Colorado.

Summit Lake and Mount Evans. Five options have emerged to rename the mountain.

Getty Images There are 18 proposals for name changes for mountains, creeks, draws, lakes and gulches in Colorado.

The renaming of one of Colorado’s most prominent fourteeners just got more complicated, as two new proposals for Mount Evans brings the options to five, far more than any other geographic landmark in Colorado.

The drive to change Mount Evans’ name gained more urgency nearly a year ago, when statues were being toppled throughout the U.S. after the death of George Floyd, a Black man who died while in police custody in Minneapolis.

Mount Evans was named for the state’s second territorial governor, John Evans, seen as a major instigator of the Sand Creek Massacre, when Army forces killed more than 200 Cheyenne and Arapahoe in Eastern Colorado. Evans was eventually forced to resign as governor after he refused to acknowledge or criticize what had happened.

Renaming the peak has been a priority for the Board of Geographic Names, which is now considering four recommendations for name changes and one redesignation.

Last month, Katie Sauter, a Denver resident who works for Golden’s American Alpine Club Library, suggested that the name “Mount Evans” should stay the same, but that the designation should be changed from honoring John Evans and instead pay tribute to his daughter, Anne Evans, a well-known Colorado philanthropist.

In her proposal, Sauter explains that changing the name will be expensive and adds that most people who climb the mountain don’t know who John Evans was. “Wouldn't the funds be better spent on educating the public about the Sand Creek Massacre? Instead, the name should be kept, but it should be rededicated,” wrote Sauter.

The most recent name change proposal comes from Otto Braided Hair, Chair of the Sand Creek Committee of the Northern Cheyenne Tribe, who has suggested changing the name from Mount Evans to “Mount Cheyenne-Arapaho.” In his recommendation, Braided Hair explained that “naming one of Colorado’s most visible peaks after the disgraced governor is a travesty that needs to be corrected.” This request replaces a previous one, “Mount Cheyenne Arapaho” which had no hyphen.

In a letter, Braided Hair points out that the name Mount Blue Sky honors the Arapaho, who have been traditionally known as the "Blue Sky People," which he says excludes the Cheyenne whom he contends "suffered the greatest loss in the Sand Creek Massacre and in the battles and attacks that followed."

Several tribal and community leaders and local politicians discussed how to deal with current disagreements over the future name on a Zoom call Tuesday night. A tribal representative who was on the call, Fred Mosqueda, co-chairman of the Southern Arapaho and Cheyenne and a Sand Creek descendant, said the participants made their first priority to focus on educating people about the Sand Creek attack.

“The four tribes are not at an impasse,” insisted Mosqueda. Braided Hair, also a Sand Creek descendant, was not on the call.

With Braided Hair’s latest suggestion, that makes four names proposed for the peak: Mount Cheyenne-Arapaho, Mount Soule, Mount Rosalie and Mount Blue Sky. Silas Soule is the Army captain who disobeyed orders from his commander, Col. John Chivington, to fire on the camp during the ambush. Mount Rosalie was the original name of the peak, so named by landscape artist Albert Bierstadt after a friend’s wife with whom he was having an affair.

The 700 Cheyenne and Arapaho who had gathered at Sand Creek had been promised a peaceful existence by the government. Two hundred and thirty Cheyenne and Arapaho, mostly women, elderly and children, were slaughtered when volunteers from the First and Third Colorado Cavalry regiments ambushed them at sun-up. The massacre poisoned relationships and was a catalyst for wars between the U.S. Army and Indigenous tribes for years.

Clear Creek County’s Mount Evans is not the only geographic landmark which is facing a possible name change. There are 13 other considerations on the USGS Board of Geographic Names’ most recent action list, including Squaw Mountain, Squaw Peak, Chinaman Gulch, Negro Draw and Redskin Creek.

The Colorado Naming Advisory Board will meet Monday to discuss two proposals, both in San Miguel County: VH Pasture Reservoir would become Elk Springs Reservoir and Vurl Reservoir would be called Wapiti Reservoir, the Shawnee and Creed word for white rump or elk. Both VH Pasture and Vurl reservoirs are named for cattlemen.

Tim Mauck, chair of the advisory board, said the group is taking on these name changes because they are “ready to go,” whereas the Mount Evans proposals likely won’t be considered until at least late fall. “We’ve seen Mount Evans grow to five proposals,” Mauk told Colorado Politics. “There’s a lot of interest and there have been conversations to narrow that down.”

The final decision on Mount Evans rests with the Board of Geographic Names, but only after hearing from the State Geographic Naming Advisory Board, in collaboration with Clear Creek County officials.

“Obviously, the more proposals we have pending, the more complex the BGN's review will be,” said Jenny Runyon of the board. “It would be so much easier if all parties could reach an agreement.”

Polis to rescind orders from Colorado's second governor on tribes

The Wilderness Society and the Cheyenne and Arapaho tribes have filed a petition with the U.S. Geological Survey’s Board of Geographic Names to rename the iconic fourteener “Mount Blue Sky.”