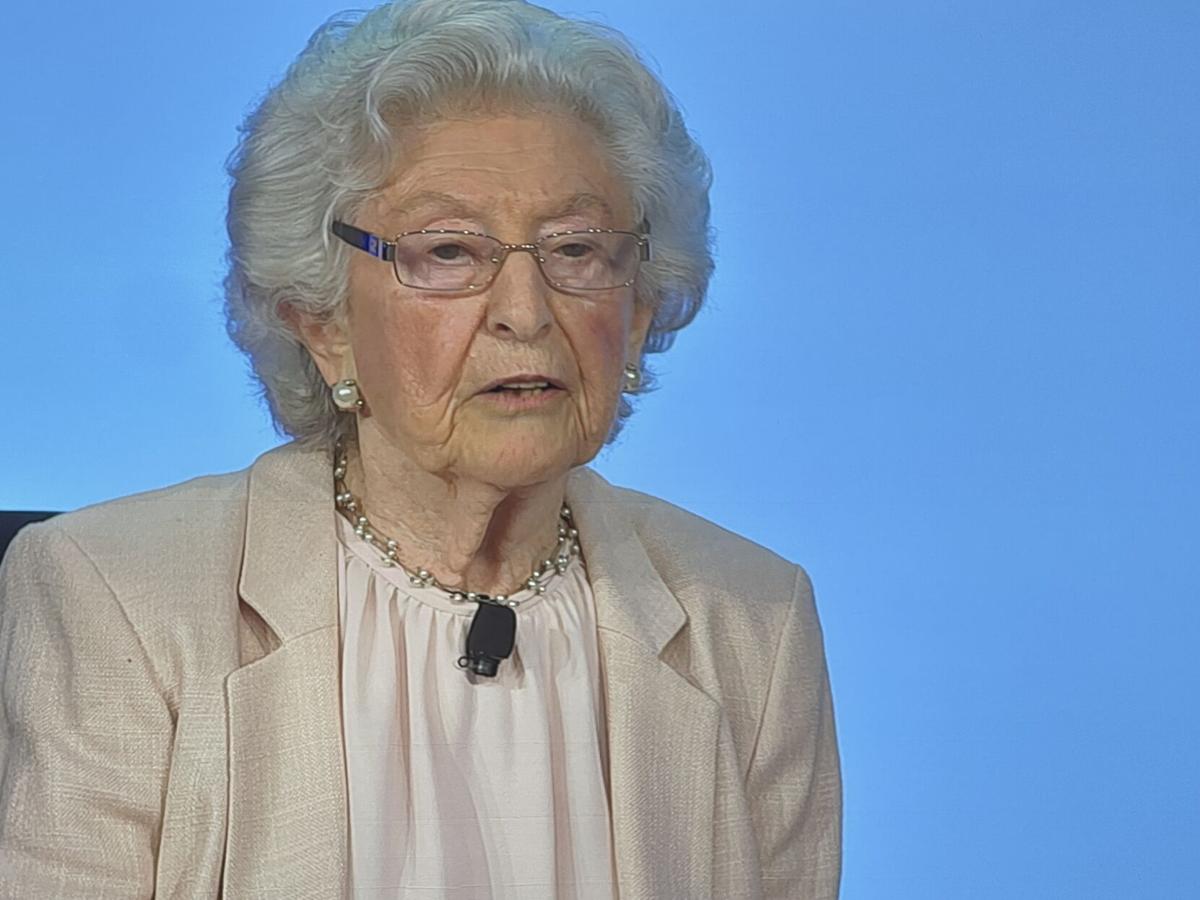 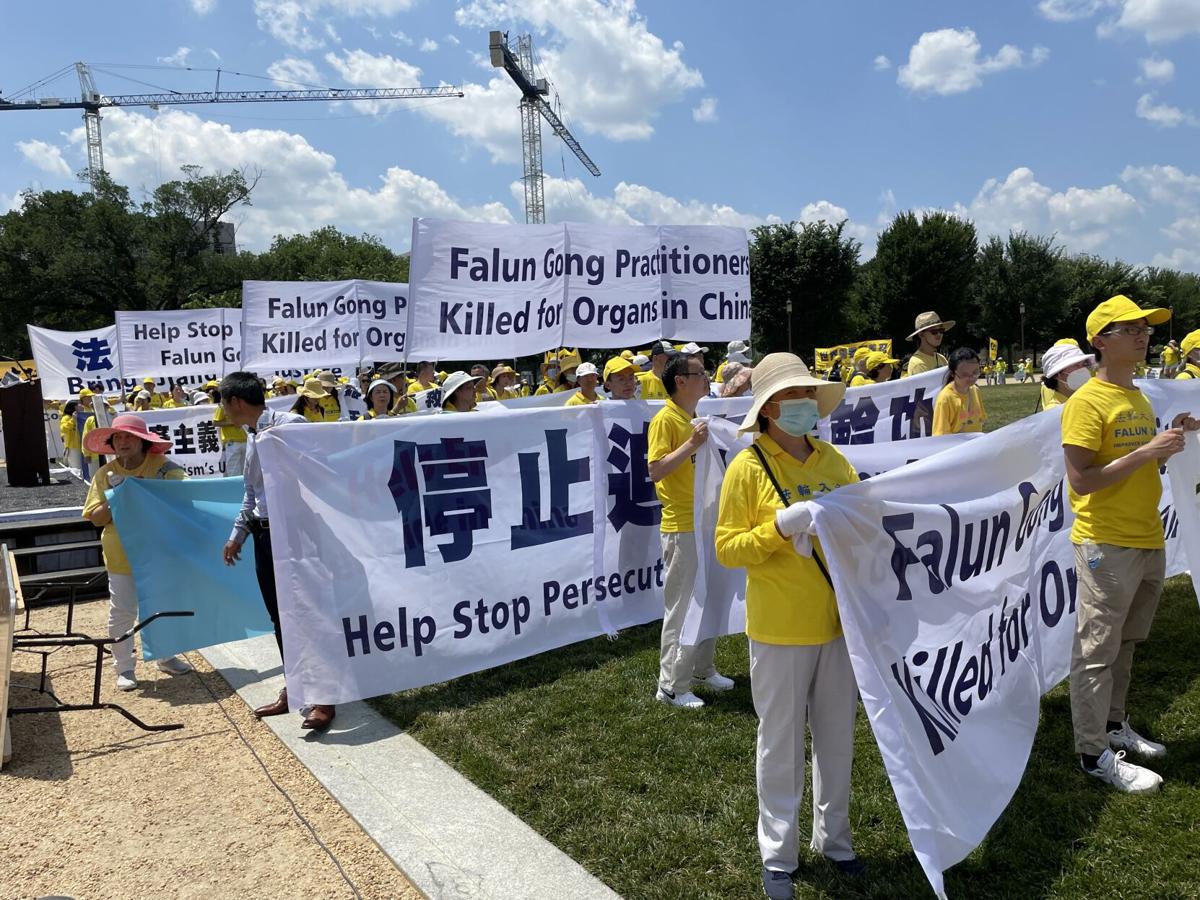 Chinese protesters at a gathering in Washington tell of live, forced organ harvesting at the hands of the Chinese government.

Chinese protesters at a gathering in Washington tell of live, forced organ harvesting at the hands of the Chinese government.

In a historically significant display of religious, racial, ethnic and geopolitical diversity, thousands from around the globe gathered in Washington last week for the International Religious Freedom Summit. Muslims, Christians, Jews, Sikhs, Hindus, and more shared horror stories of anti-religious discrimination so hellish most Americans cannot imagine it.

In China, the secular communist government tortures and enslaves Uyghurs who refuse to renounce their Islamic beliefs. Chinese immigrants and Chinese Americans gathered on the National Mall to report a massive and growing organ-harvesting operation in which the Chinese Communist Party allows the sales of organs taken from captive Uyghurs. They say hearts, livers, kidneys and more are sold to unsuspecting medical tourists from the United States and other developed countries.

A report by the Biden administration in March declared the Chinese government’s treatment of Uyghurs a “genocide.”

Nigerians told of the West Africa Province, Boko Haram, and militant Muslim Fulani targeting Christian villages for annihilation in the Middle Belt. The United Nations reports more than 3 million Nigerians are displaced from their homes by anti-Christian militants in northeastern Nigeria.

Witnesses from various regions of the globe told of rogue governments and terror cells imprisoning and torturing their children, spouses and other relatives. A few said they received threats of retaliation for attending the summit, organized by a federal bipartisan commission established in 1998 by the International Religious Freedom Act. They told of forced conversions, forced abortions, forced sterilizations, and marriages forced upon young girls who are treated like chattel by old men because of their religious identities.

No one attending the summit could leave without a troubling awareness of the human suffering caused by cultures abandoning, turning against, and otherwise stomping on religious liberty.

Holocaust survivor Irene Weiss reminded participants what happens when much of the world turns a blind eye toward religious persecution. She recounted Nazi’s capturing her at 13. As a slave in an Auschwitz concentration camp, she asked a guard when she would see her family again. He pointed to the smoke of a chimney and said: “There is your family.”

As Weiss suffered and lost her family except one sister to the gas chambers, much of the world stood by in alarming silence until a socialist, secularist regime had killed millions of Jews. Yes, genocide the magnitude of the Holocaust can happen again in an environment of ignorance.

Open Doors, the United Nations and multiple other reputable organizations are tracking and documenting increases in religious persecution in North Korea, Afghanistan, Somalia, Libya, Pakistan, Iran, India, Iraq and about 50 other countries. Pew Research reports about 83% of the world’s 7 billion people live in countries with high government or social hostilities involving religion and persecution.

Officially, much of the world’s leadership claims to respect religious freedom as foundational to other liberty. The United Nations’ Universal Declaration of Human Rights declares the right of individuals to believe, or not believe, and to promote those beliefs or disbeliefs in speech, actions and lifestyles.

The worst violations of religious liberty involve rapes, torture, beheadings, slavery, imprisonment and murder. Less violent infringements include enforcement of “hate speech” laws, such as the one used against a Finnish parliamentarian indicted for expressing faith-based opposition to same-sex marriage.

McMaster University Professor Jody Maiullet came under investigation by Toronto police because he asked the Catholic school his children attend to stop flying a rainbow flag in celebration of lesbian, gay, bisexual and transgender relationships.

Trent College in the United Kingdom reported The Rev. Bernard Randall to authorities as a potential terrorist because he told students they are free to embrace or reject “LGBT ideology.”

“You should no more be told you have to accept LGBT ideology, than you should be told you must be in favor of Brexit, or must be Muslim,” Maiullet told the students.

Be assured, if peace-loving countries don’t uphold religious liberty — the freedom to think and believe as one chooses without authoritarian retaliation — hard-earned civil rights for members of the LGBTQ community will vanish.

Individual liberty requires societies to uphold the freedom to think, believe, worship, associate and speak. That’s why “religion” is the first concern in the First Amendment of the Bill of Rights of the U.S. Constitution.

The right to explore the origins and meaning of life, and all that exists, is fundamental to humanity achieving and maintaining world peace. It is the foundation of other rights. The free world will ignore and accept religious persecution at a cost of liberty and justice for all.

A lot of commuters need their own vehicles for reasons too numerous and obvious to mention. A lot of others don’t mind sharing a ride to work whether for the sake of the environment or simply the pleasant company. The one thing they all can do without — is the governor’s back-seat driving.