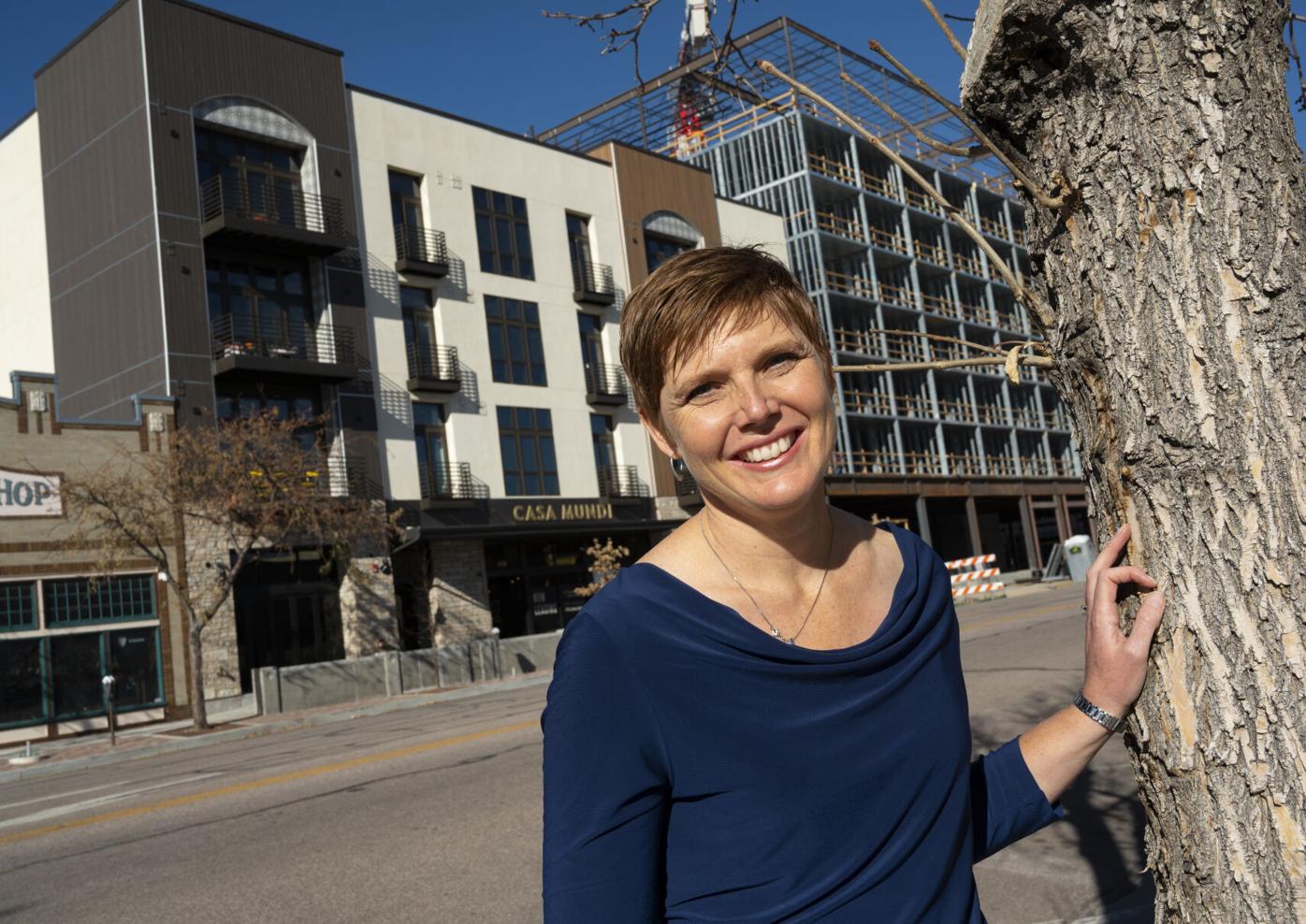 Developer Darsey Nicklasson stands across the street from the four-story, 27-unit Casa Mundi apartments in November, which opened in March 2020 at 418 S. Tejon St. in downtown Colorado Springs. Nicklasson, the project's developer, and her partners have sold Casa Mundi for $12.8 million to Eastern Colorado Bank of Cheyenne Wells, which has a branch and other real estate holdings in Colorado Springs. CHRISTIAN MURDOCK, THE GAZETTE 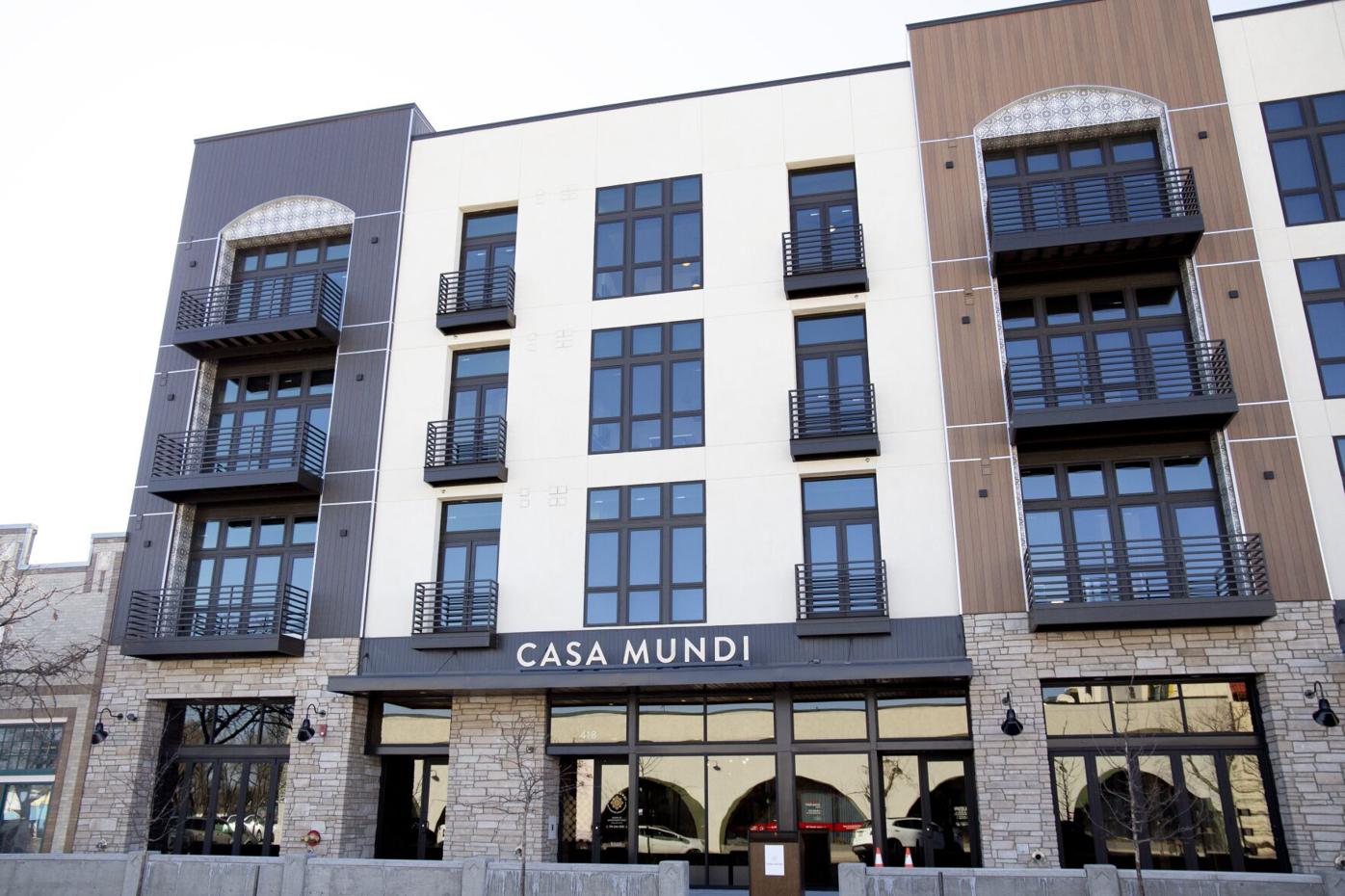 Developer Darsey Nicklasson stands across the street from the four-story, 27-unit Casa Mundi apartments in November, which opened in March 2020 at 418 S. Tejon St. in downtown Colorado Springs. Nicklasson, the project's developer, and her partners have sold Casa Mundi for $12.8 million to Eastern Colorado Bank of Cheyenne Wells, which has a branch and other real estate holdings in Colorado Springs. CHRISTIAN MURDOCK, THE GAZETTE

A bank based in a tiny town on the state's eastern plains has made a big investment in Colorado Springs' red-hot apartment market and its booming downtown.

The deal, announced by bank president and CEO Greg Weed and Nicklasson, finalizes a long-standing relationship between Eastern Colorado Bank and Casa Mundi. The bank had provided a construction loan and permanent financing for the project, which opened in March 2020.

Eastern Colorado Bank operates a Colorado Springs branch at 444 E. Pikes Peak Ave. on downtown's east edge, which is one of its six locations in Colorado. The bank also owns and rents a tri-plex, duplex and two single-family homes near downtown, Weed said.

Casa Mundi's purchase fits with the bank's goal of investing in properties in the communities that it serves, he said.

"Investing in properties like this that promote housing, it's just been something we've decided to do as a bank," Weed said. "Housing is important to us, so we're involved in it on every level, from construction loans, to first-time homebuyer loans ... to permanent loans and homeownership.

"Investing in the communities that we have a vested interest in, it just makes sense," he added.

Casa Mundi's location also was appealing, he said. A 261-room, dual-branded Marriott hotel expects to open in 2022 just north of Casa Mundi on the 400 block of South Tejon, while the remodeled Trolley building on the 500 block houses several restaurants and bars. The new Weidner Field multipurpose outdoor stadium is two blocks west.

Casa Mundi also sits in the heart of what downtown boosters call the New South End; the multiblock area southeast of Vermijo and Cascade avenues is home to a growing number of restaurants, nightclubs and other uses, where area residents can walk or bike as part of a so-called urban lifestyle.

"It makes it a very prime location and I think that's what was so attractive to Darsey's group in their original construction of the property, was the development in that area," Weed said.

Nicklasson said Casa Mundi wasn't for sale and her ownership group had planned to hold onto the project for a few years before selling it.

But Eastern Colorado Bank approached Casa Mundi's owners about a sale, Nicklasson said. She and her partners were receptive because of their familiarity with the bank, which Nicklasson said has a love for the city and its downtown.

Eastern Colorado "has the same vision, shares the vision for downtown Colorado Springs and shares a business principle philosophy to take care of your residents and do good by your community," Nicklasson said. "It was a good fit."

Casa Mundi is 100% occupied, Nicklasson and Weed said, though the property's website shows two apartments will be available in early October. Those listings show a one-bedroom, one-bath, 600-square-foot unit will rent for $1,915 a month, while a two-bedroom, two-bath, 1,124-square-foot apartment will go for $2,615 a month

Nicklasson said talks are underway with potential users for the nearly 5,400 square feet of ground-floor commercial space. The space can be leased as one unit or split up with as many as three storefronts, she said.

Casa Mundi's owners have wanted the right users, Nicklasson said. For example, a bar, with patrons spilling out onto the street at 2 in the morning, wouldn't be an appropriate use, she said.

Instead, she'd prefer a cafe, bakery, coffee shop, pet store or men's or women's clothing boutique — uses that would benefit Casa Mundi renters and other residents on downtown's south side.

When it opened, Casa Mundi joined several downtown apartment projects that have either opened, are under construction or on the drawing board.

Nicklasson and Kathy Loo, a Springs businesswoman and philanthropist, developed the 33-unit Blue Dot Place on South Nevada Avenue, which opened in 2016 and which they sold in November for $13 million.

Greystar Real Estate Partners of South Carolina has launched construction of the 321-unit Fiona apartments and is preparing to start on the 277-unit Ensley apartments.

Nicklasson, meanwhile, has also launched two apartment projects on the city's southeast side; the 223-unit Mosaica is under construction and targeted to open in 2022, while site work has started on the 150-unit Kaleidos, which possibly could be available to renters next year.

Remote work vs. office: Colorado Springs panel discussion shows it's not one size fits all

Colorado Springs employers appear divided on how much remote work they want to accommodate or promote, a panel discussion at the Peak Executiv…