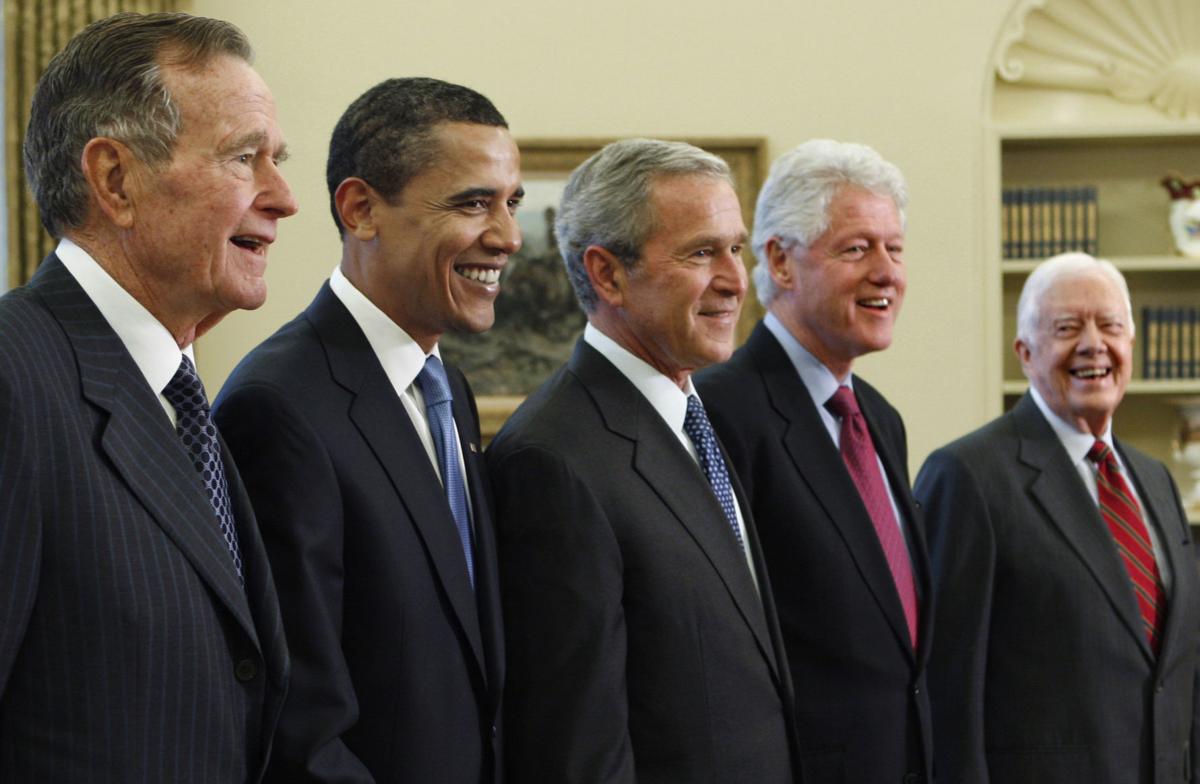 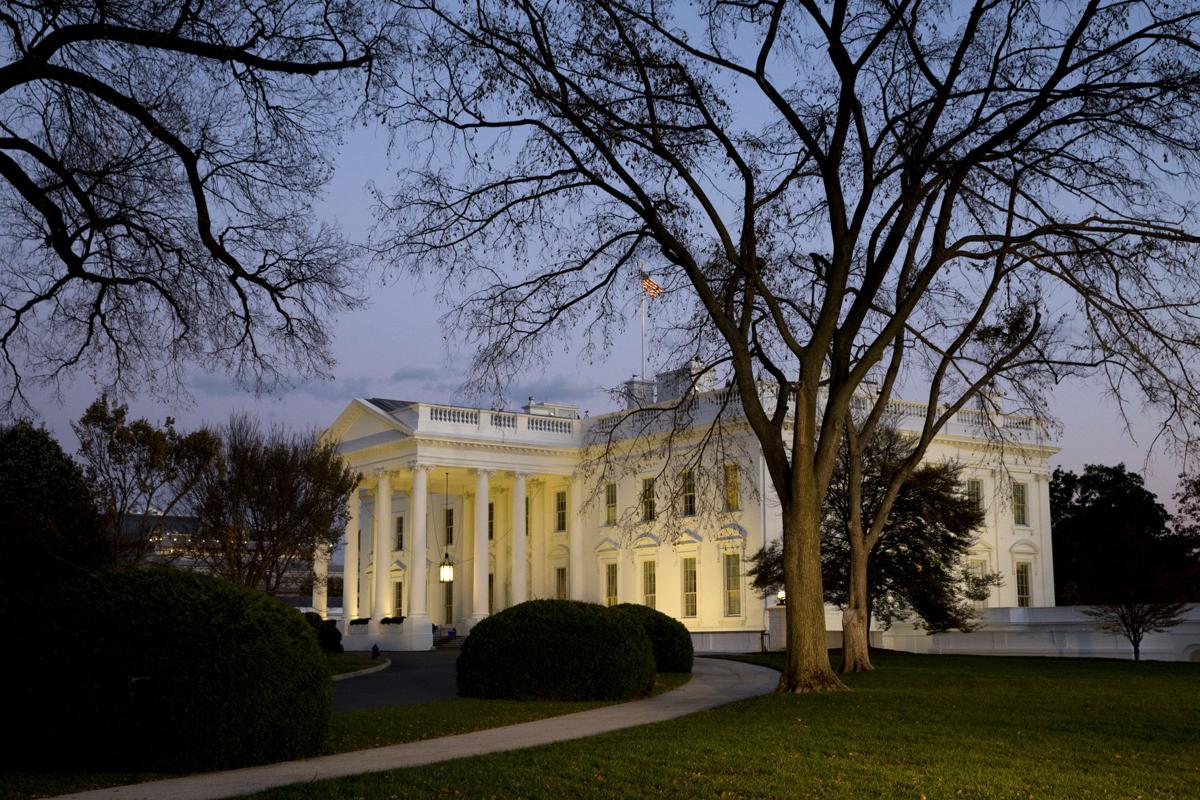 Colorado is on track to join 11 other states and the District of Columbia in attempting to decree that the winner of the popular vote nationally — not the candidate who captures the Electoral College — will be the victor in future presidential races.

Senate Bill 42, proposed by Sen. Mike Foote, D-Lafayette, would change how Colorado’s electors, the people who choose our presidents, cast their votes every four years.

While Republican lawmakers might oppose the change, they are in the minority in the state House and Senate. And, with a Democratic governor, passage seems assured.

In 1996, for example, Colorado electors voted for Republican Bob Dole because he won the state’s popular vote over Democrat Bill Clinton. But Clinton won the national, as well as the Electoral College, vote that year. Under SB 42, Colorado electoral voters would have gone to Clinton.

The move to change how the nation elects presidents comes in the wake of the 2016 election, in which Democrat Hillary Clinton received nearly 2.9 million more votes nationwide than Republican Donald Trump. But the Electoral College — the traditional name for the electors of all states — made Trump president because he won more state electoral votes.

“If you change the system to a national popular vote election, candidates will campaign nationwide and not just focus on a few slivers of a few states,” Foote said. “Each voter will be recognized as important and it will lead to the winner actually governing with the entire country in mind.”

The Senate in late January approved Foote’s bill, voting along party lines, sending the measure to the House, where it is sponsored by Reps. Jeni Arndt, D-Fort Collins, and Emily Sirota, D-Denver.

An identical bill failed in a Republican-controlled Senate committee two years ago. A similar attempt fell flat about a decade ago.

Now that Democrats hold the majority in the statehouse and the governorship, they plan to use it, Arndt said.

“The Democrats are in charge because there was an election. We didn’t trick anybody,” Arndt said. “That’s not sneaky. That’s not underhanded. That’s responding to what the voters said.”

Revenge, or close to it

There have been five presidents elected despite losing the popular vote , but many see the growing national movement as a reaction to Trump’s 2016 election. Republican George W. Bush also won in 2000 despite Democrat Al Gore’s narrow national popular vote victory.

If the bill isn’t revenge, it’s not far off, said Sen. Jerry Sonnenberg, R-Sterling, who voted against the measure in committee and again on the Senate floor, strongly denouncing it both times.

“It looks like there are ill feelings on the presidential election a couple years ago and a few years previous to that,” Sonnenberg said. “And this is the way for some folks to think they can rectify it.”

Sonnenberg and Sen. Bob Gardner, R-Colorado Springs, who also opposed the bill, said Colorado would be ceding its voice in presidential elections to liberal urban centers such as New York City, Chicago and Los Angeles.

Foote said the idea arose in the 1960s, preceding Trump’s and Bush’s victories. In the past, he said, it had support from Republicans.

“The fact that Trump was elected the way that he was in 2016 has turned it into more of a partisan issue than it was before,” he said.

Sirota said the measure will likely be heard by a House committee in February. In the meantime, Democrats will try to drum up support from across the aisle, she said.

The system of electors was established in Article II, Section 1 of the U.S. Constitution, adopted in 1789, and revised by the 12th Amendment, ratified in 1804. (See the accompanying box.)

The system was tied to the debate over how states should be represented in Congress.

“The small states said they would not join the union unless they had equal representation in Congress,” said Robert Hardaway, a law professor at the University of Denver, who has written several books on the topic.

“The big states thought it should be based on population alone. The compromise between those two factions, known as The Grand Compromise, was to do both. Have a Senate and a House.

“The Electoral College, in turn, is based on the numbers of representatives in the House and the number of senators (states) have,” he said.

Forty-eight states and the District of Columbia employ a winner-take-all system for presidential elections. This means whichever candidate wins the popular vote within the state wins all of that state’s electoral votes.

Maine and Nebraska split their electoral votes by whichever candidate wins each respective district within the state. The Constitution leaves that choice up to the states.

In all, the Electoral College consists of 538 electors. A presidential candidate must win a majority of 270 votes to win the presidency.

Some claim the Electoral College was created to maintain the rights of slave owners, Hardaway said. But he dismissed that as “urban legend.”

The Electoral College system’s net effect is to give smaller states more of a say in who becomes president than would be the case otherwise. Each state has at least three electors no matter how small it is.

For all its faults, the Electoral College facilitates a two-party system in the country’s elections, Hardaway said. It brings stability to presidential elections that have become the envy of the world, he said.

On average, about once a century a presidential candidate wins the Electoral College without also winning the national popular vote. But, even so, he said, the margins usually are relatively close and the winning candidate still has the support of a large percentage of the country.

Colorado Democratic lawmakers, on the other hand, say each vote should count equally and the majority should win.

In SB 42, they’re proposing to use the national popular vote by combining the electoral votes of all states that join the pact and commit them to the candidate that earns the most votes nationally.

“One person, one vote,” Foote said. “Let’s elect our president together.”

‘It couldn’t get any worse’

The pact would only take effect if enough states join to add up to the 270 electoral votes needed to win the presidency.

Each of the states in the pact — among them New York, California, Maryland, Vermont and Washington — voted for Democratic candidates in the last five presidential elections.

Even so, Foote said about a third of the lawmakers who supported the change in those states were Republicans.

The measure preserves the Electoral College, which would take a constitutional amendment to abolish. It just changes the way the votes are allocated, proponents have said.

And each state can still back out of the pact if its legislature wishes to do so, though there are restrictions on how close to an election that would be allowed.

Under the current system, presidential candidates typically only visit and focus their efforts on battleground states, Foote said. States that typically vote either red or blue fall by the wayside.

If votes are combined on the national scale, candidates will have a greater incentive to travel across the country, appealing to more voters and better understanding their concerns, Foote said.

But Republicans such as Sonnenberg fear that with the change rural areas will be further ignored and candidates will gravitate toward major urban population centers.

“Candidates would go where the votes are,” he said. “The votes are in the big cities.”

Potential for a challenge

The measure would also boost voter participation, Arndt said. Republicans in blue states like California and Democrats in red states like Texas would be more likely to cast their ballot if they knew they could influence the outcome nationally.

Governors, senators and representatives are elected by popular vote, Foote noted. “I don’t see why that would be such a foreign idea (with presidential elections).”

Arndt mused that there would be an outcry if presidents were elected by the national popular vote, and politicians tried to impose an Electoral College.

But Hardaway said the countries that use the national popular vote, which he calls the “Russian-style” direct election, sometimes face problems.

France has that system, Hardaway said, and in the country’s April 2017 election, there were so many candidates that the candidate with the most votes got about 24 percent.

Ultimately the election went to a runoff between Emmanuel Macron, who ran as the candidate of a newly formed party, and far-right candidate Marine Le Pen.

“They got two people that, in the country, 65 percent of the people didn’t want either,” Hardaway said.

Ultimately, Macron won the election, but voters were so dismayed at their choices that a record number — about 600,000 people — cast blank ballots in protest, Hardaway said.

The pact to have electors follow the national popular vote is, on its face, unconstitutional, Sonnenberg says.

“After doing a little more research and reading, it appears that states cannot make compacts among each other,” he said. “So there indeed is potential for a constitutional challenge.”

Foote disagreed, saying the Constitution allows each state to allocate electoral votes however the legislature chooses.

But the measure is also likely to be challenged in court nationally because if just enough states join to amount to 270 electoral votes, the other states would be disenfranchised, Hardaway said.

It’s not that those other states would be disenfranchised, it’s that the majority would have spoken, she said.

Then there’s the matter of finding universal agreement on the national popular vote, Hardaway said. There is no unified system — the states each count their votes — and the popular vote is calculated not by the federal government, but by national news agencies like the New York Times, Fox News and MSNBC.

“How hard is it?” she said. “Each state has their election returns and they’re all certified by the secretary of state (of each state). If the New York Times can add it up, couldn’t the federal government?”

Perhaps the biggest sticking point, according to Gardner and Sonnenberg, is that it’s possible for the majority of Coloradans to vote for one candidate, but the state’s electoral votes to go to the other.

“We’re essentially erasing state boundaries in a way,” Gardner said. “Making it less important to be a state.”

The proposal is so riddled with flaws and holes that Hardaway said it can’t be a genuine effort. Instead, it’s likely meant to cause enough of a stir to shift the national conversation toward amending the U.S. Constitution, he said.

“This is just the latest scheme. And there have been all kinds of schemes, but none have been worth anything, and this is the worst of them all,” he said. “Every time somebody does this, all they want to do is change the Constitution so they can make sure their guy wins next time.”

But Foote said that sounds more like a conspiracy than reality.

“If that’s the master plan, then I’m certainly not aware of it,” he said.

Sonnenberg and Gardner acknowledge that the bill is more than likely to be signed into law, given that Polis has signaled his support.

Even if the bill is signed into law, the pact doesn’t become effective until enough states join and that’s unlikely to happen this year, Foote said. It’s unlikely the measure would affect the 2020 presidential election.

If it does pass, Democrats will continue to press their agenda nationwide and support other states that might enter the pact. Foote noted that Republican legislatures will eventually have to pass the measure as well for it to go into effect.

Gardner said opponents can try and dissuade additional states from joining or eventually file a lawsuit, which would likely make its way quickly to the Supreme Court.

After hours of argument by Republican lawmakers, the state Senate approved a bill Monday that eventually could pledge all of Colorado’s nine E…