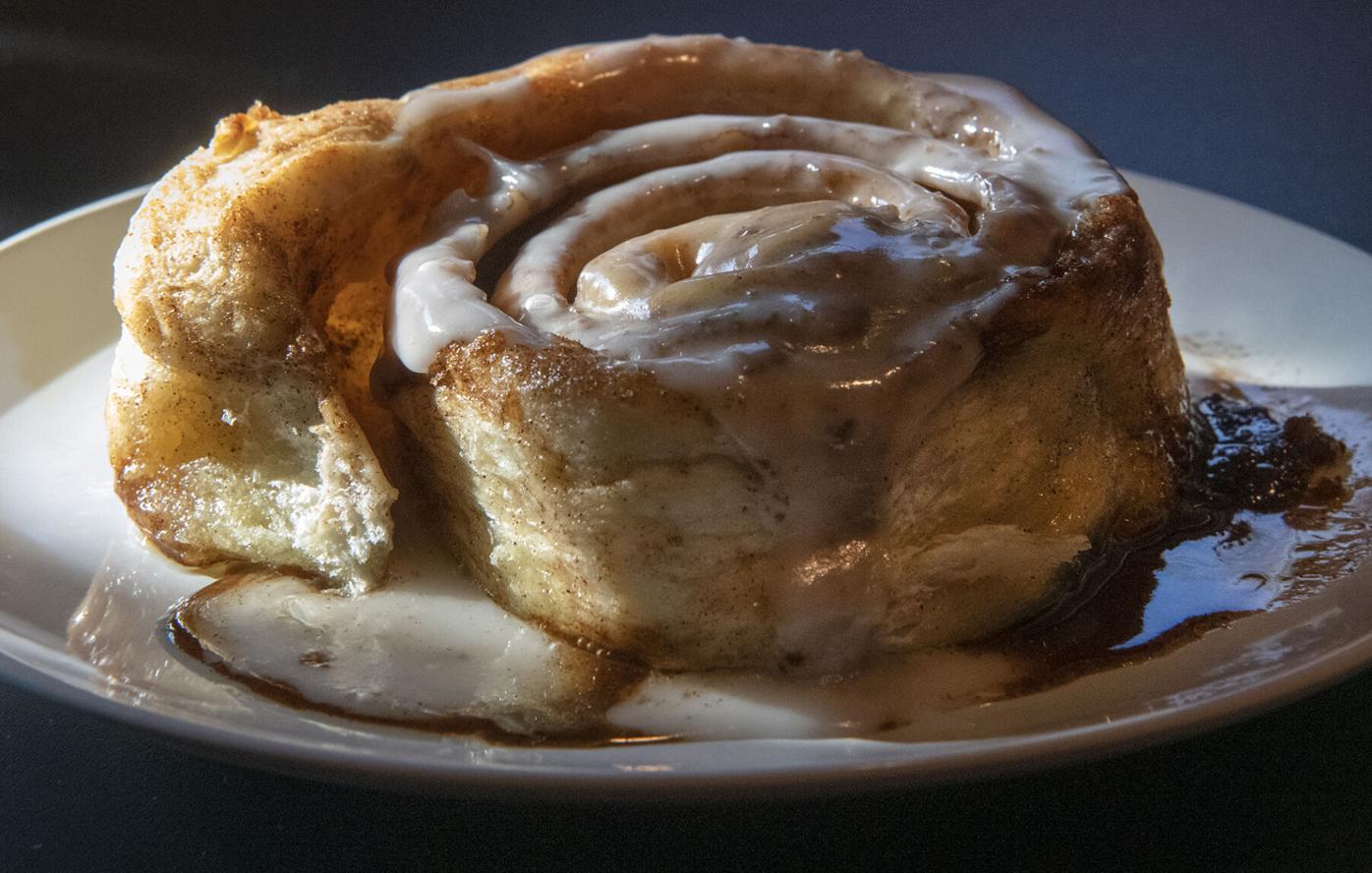 A cinnamon roll at Three Little Griddles in Englewood 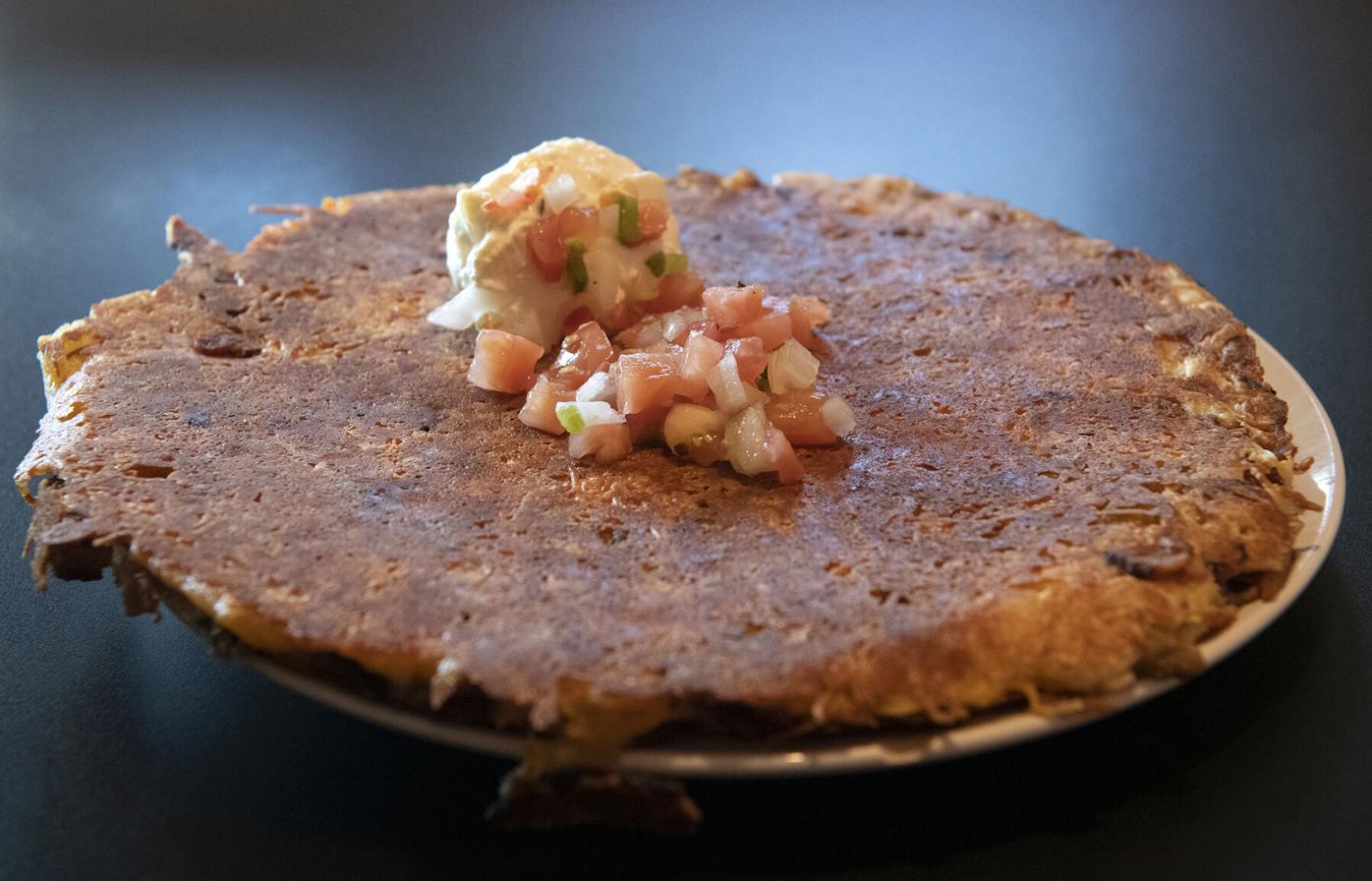 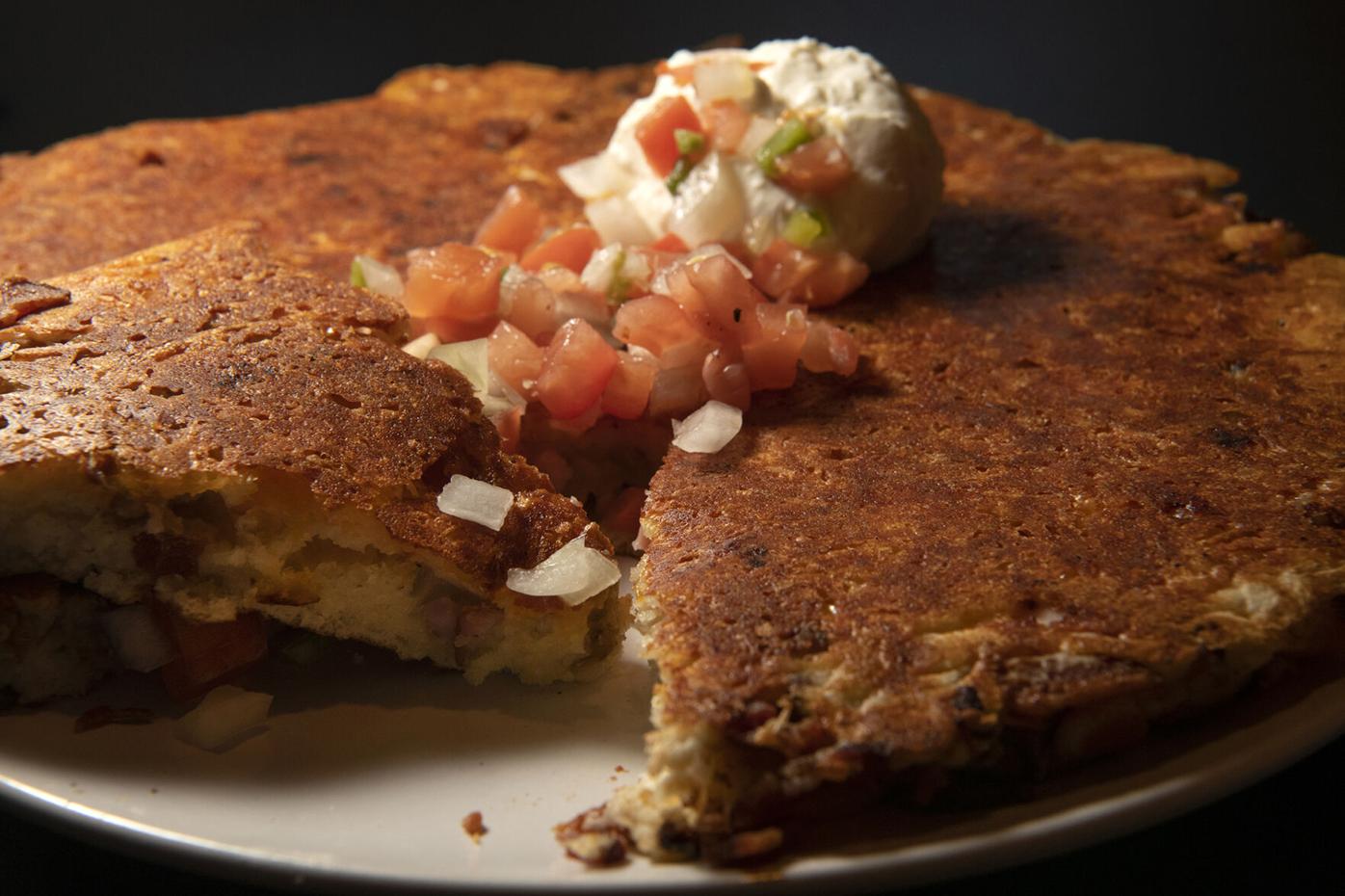 Three-meat griddle cake at Three Little Griddles. Expect a bite of meat in every forkful. 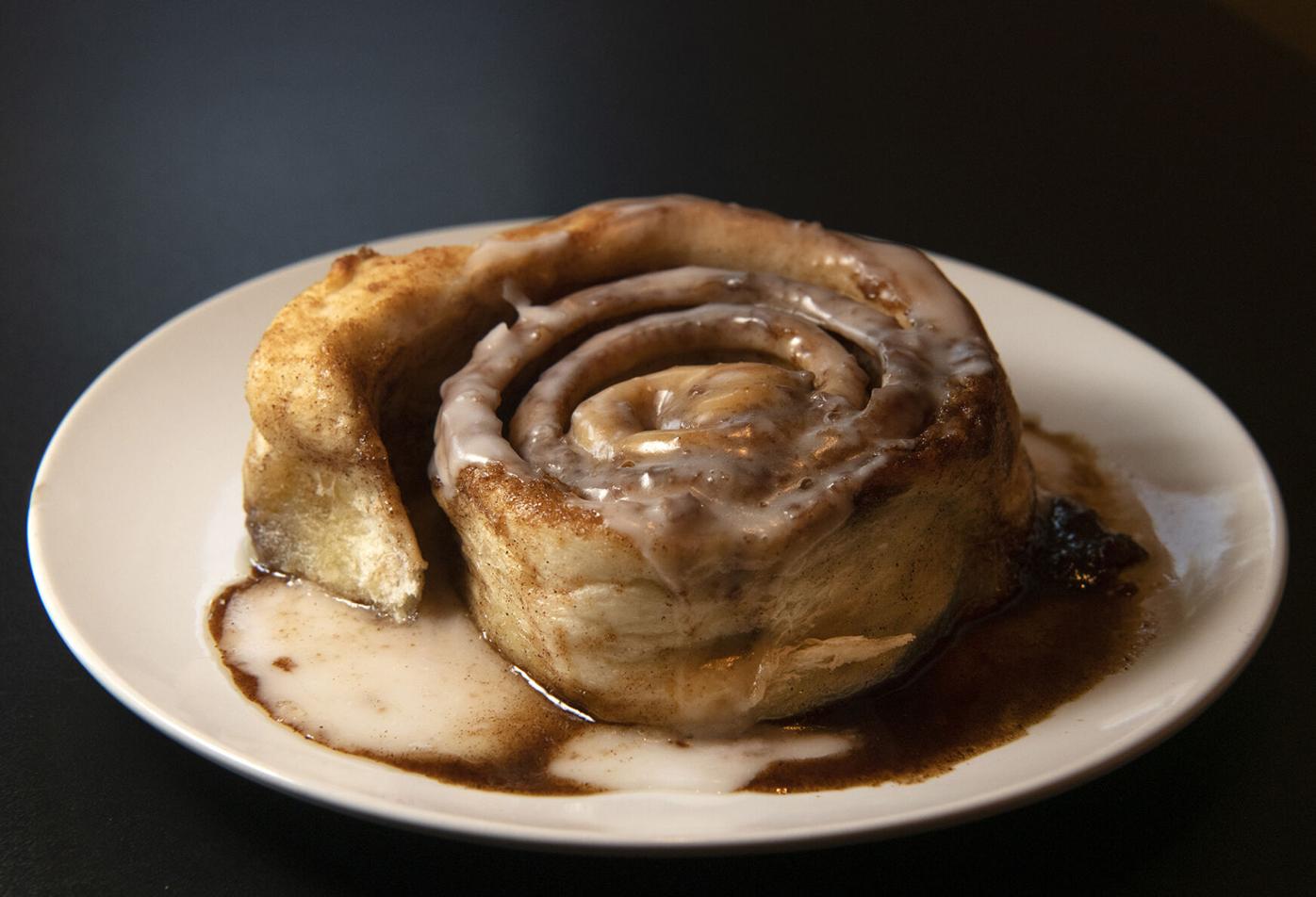 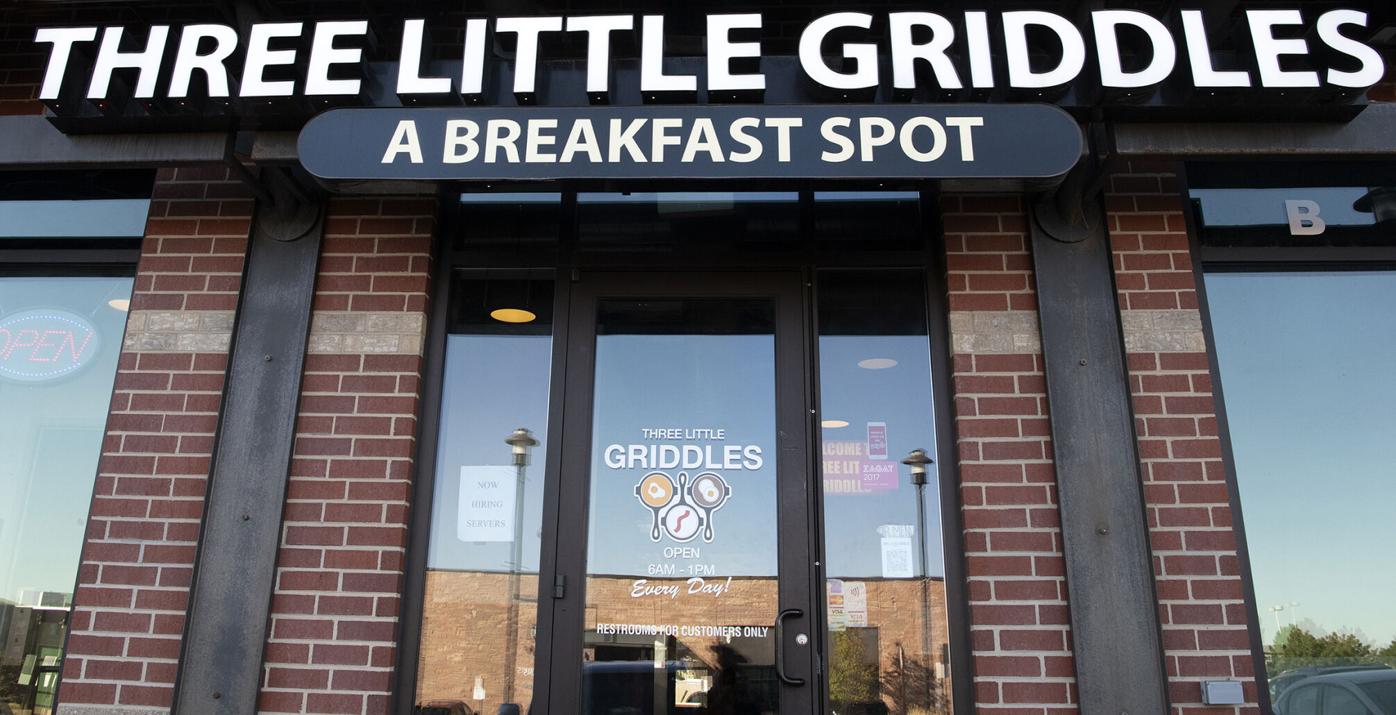 A cinnamon roll at Three Little Griddles in Englewood

Three-meat griddle cake at Three Little Griddles. Expect a bite of meat in every forkful.

Three Little Griddles sounds like it might be the beginning of a nursery rhyme for cooks, but it’s a tasty place for breakfast south of the Denver Tech Center.

Nothing about this establishment is what comes to mind when thinking about the first meal of the day. The interior is dark, orders are placed at the counter and tables are assigned. Yet, this is not a venue for fast food. Everything is cooked to order, the staff is cheerful and coffee cups are kept full.

With griddles in the name, it’s no surprise that nearly all the food items have their origins on cooktops; after all, where else would breakfast ingredients take shape as scrambled eggs, pancakes, French toast and more? The difference is the number of griddle-related categories: Specialties; Cakes (aka pancakes); Savory Cakes; Toast and Little Griddles (the kiddie menu).

The person taking our order said the breakfast burrito, the savory griddle cakes and the quiche are among the most popular items. So, we tried all three along with the house-made cinnamon roll. We took the latter home uneaten, along with leftovers. The servings are massive.

Two types of savory cakes are offered: the three-meat ($11.99) and the veggie. With the three-meat, a platter-size pancake is cooked with bacon, ham and sausage. This isn’t just meat thrown on top as an afterthought. The meat is added at the same time the batter is poured onto the flattop (or, more appropriately, the griddle). The result is a bite of meat in every forkful. You need to ask for butter and syrup if you feel a pancake isn’t complete without them. However, it soon becomes clear they aren’t necessary. Besides, there’s a small topping of salsa. The veggie includes avocado, jalapeno, tomato, mushrooms and onion, with cheese sprinkled on top. Either version is more than enough for two to share.

Also bigger than expected was the artichoke, bacon and cheddar quiche ($10.79). It looks more like a slice of cake. It’s easily 4 inches high and thick with all of the components. The crust is barely detectable beneath everything. It’s not as light and airy as most quiches, but all of the flavors compensate for the dense texture.

The breakfast burrito ($11.99) comes with a choice of meat filling to go along with the scrambled eggs, cheese and potatoes. We opted for chorizo, although bacon and sausage were other possibilities. This is smothered in pork green chili. With the chorizo and chili, there’s a nice wake-up call for the taste buds and a fair amount of pieces of pork.

The cinnamon roll ($4.50) was the only thing we saw that was average in size. Unlike other items, this wasn’t something that would leave one overstuffed if eaten in one sitting. Of course, ours was eaten later when stomachs had more room and was consumed more as a snack then entrée or side dish. It was light, with just the right amount of cinnamon and not overly frosted.

Three Little Griddles is just off the interstate, which makes it easy to access for a breakfast (or lunch) option.

Other: Some gluten-free options available