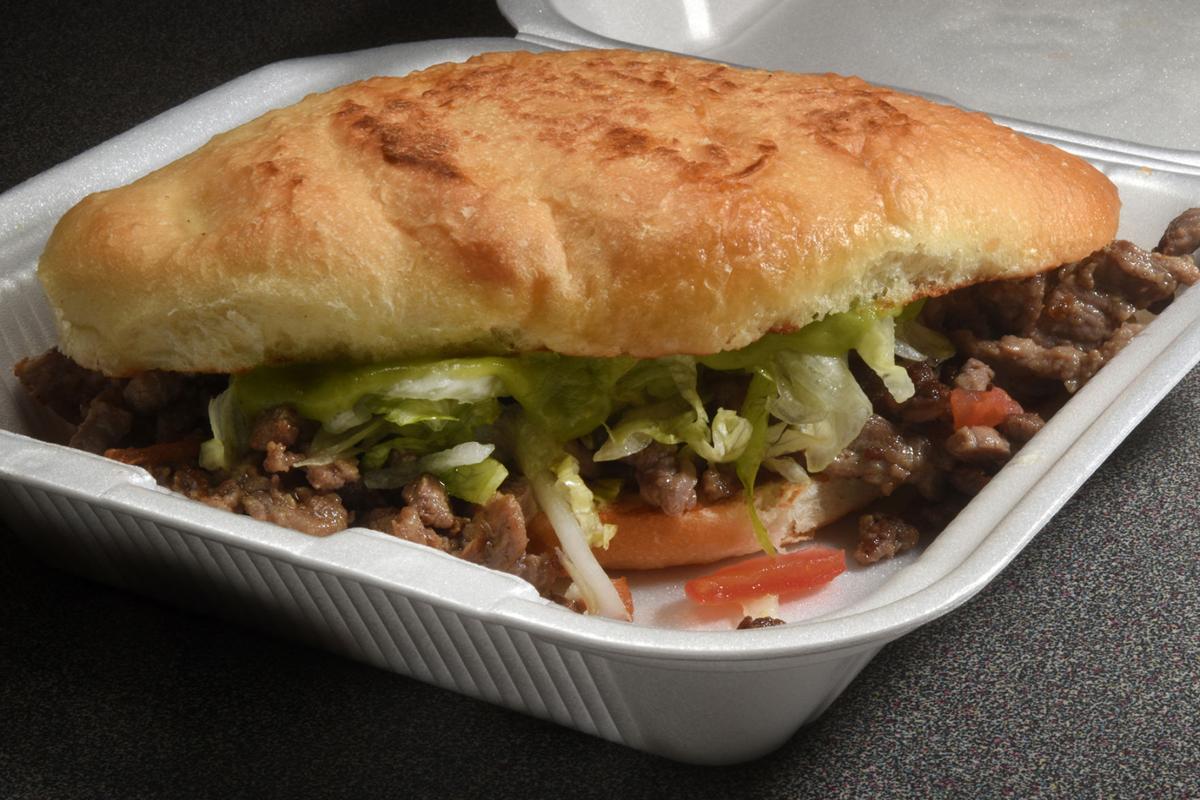 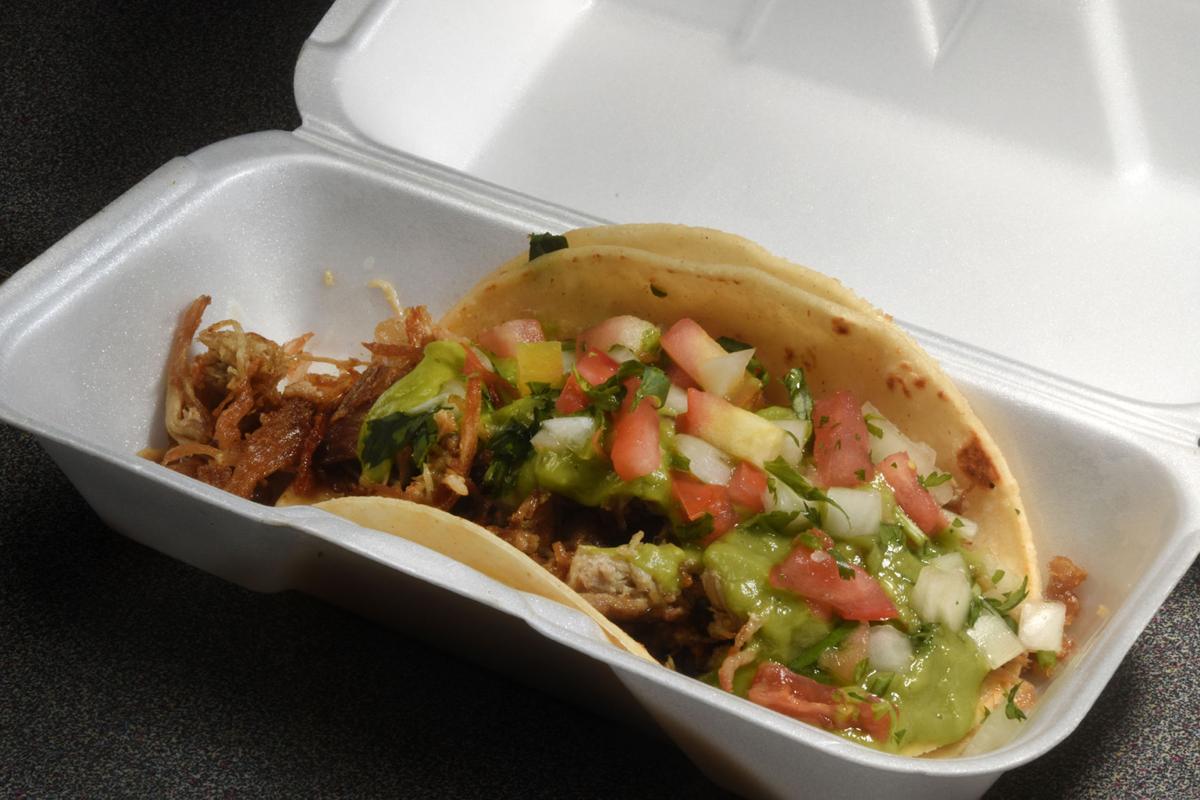 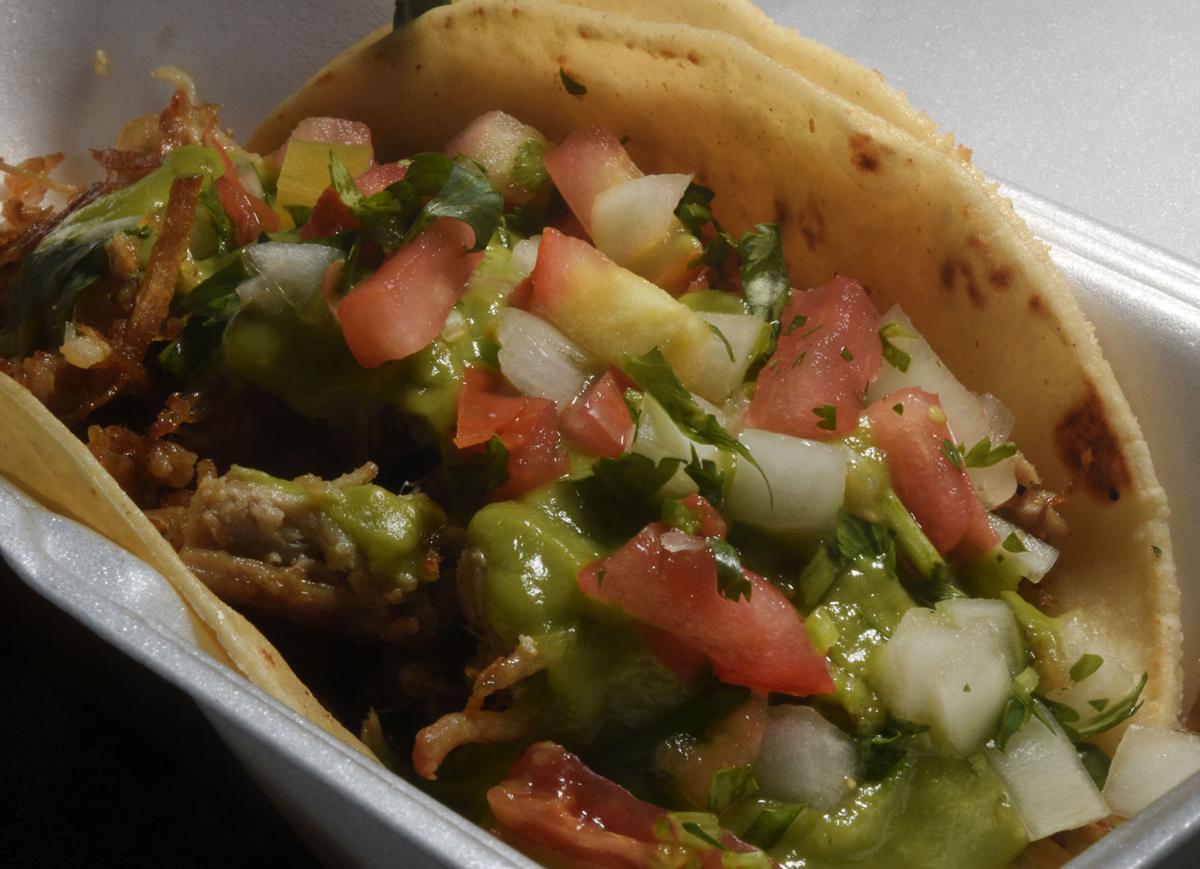 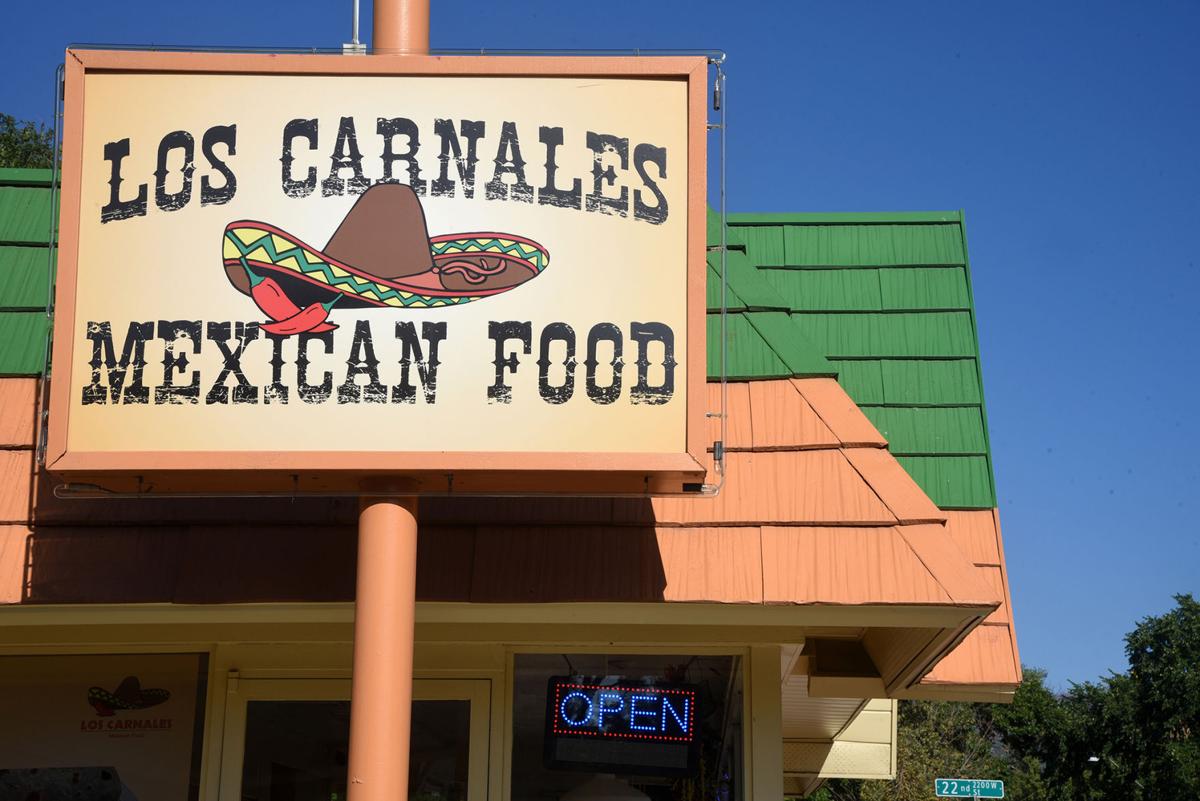 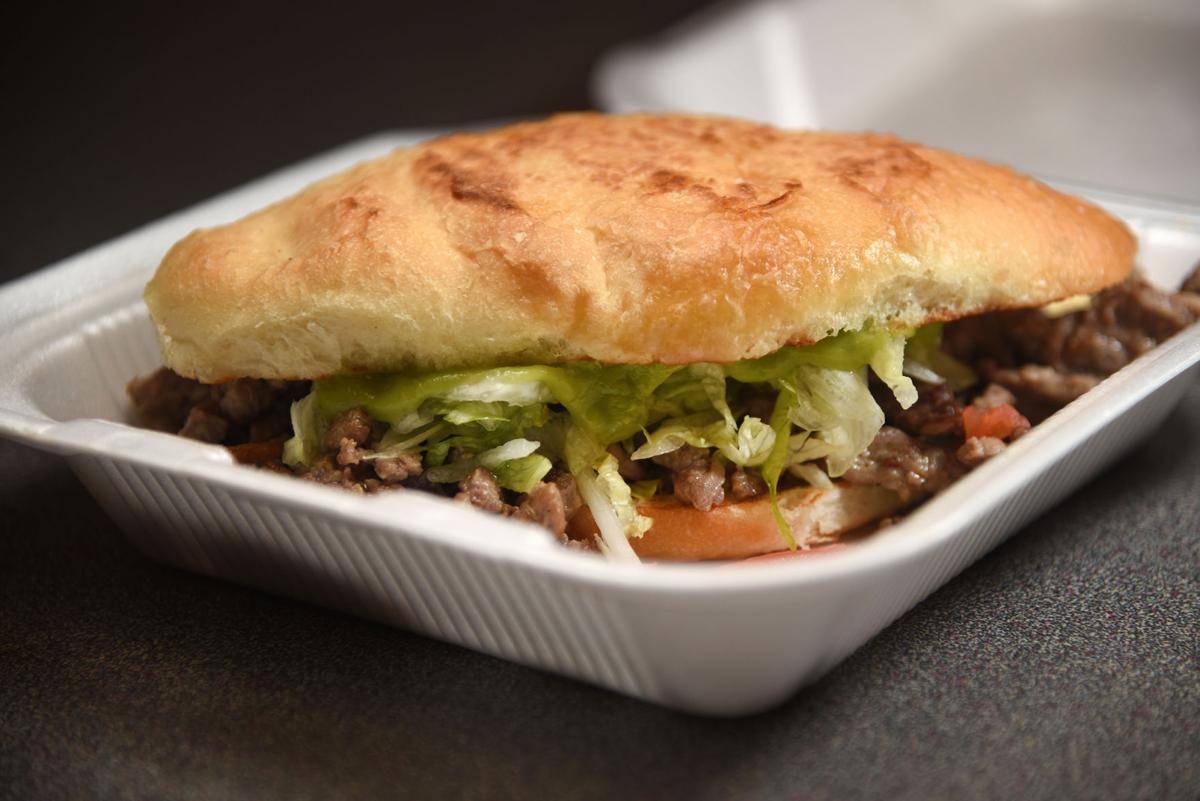 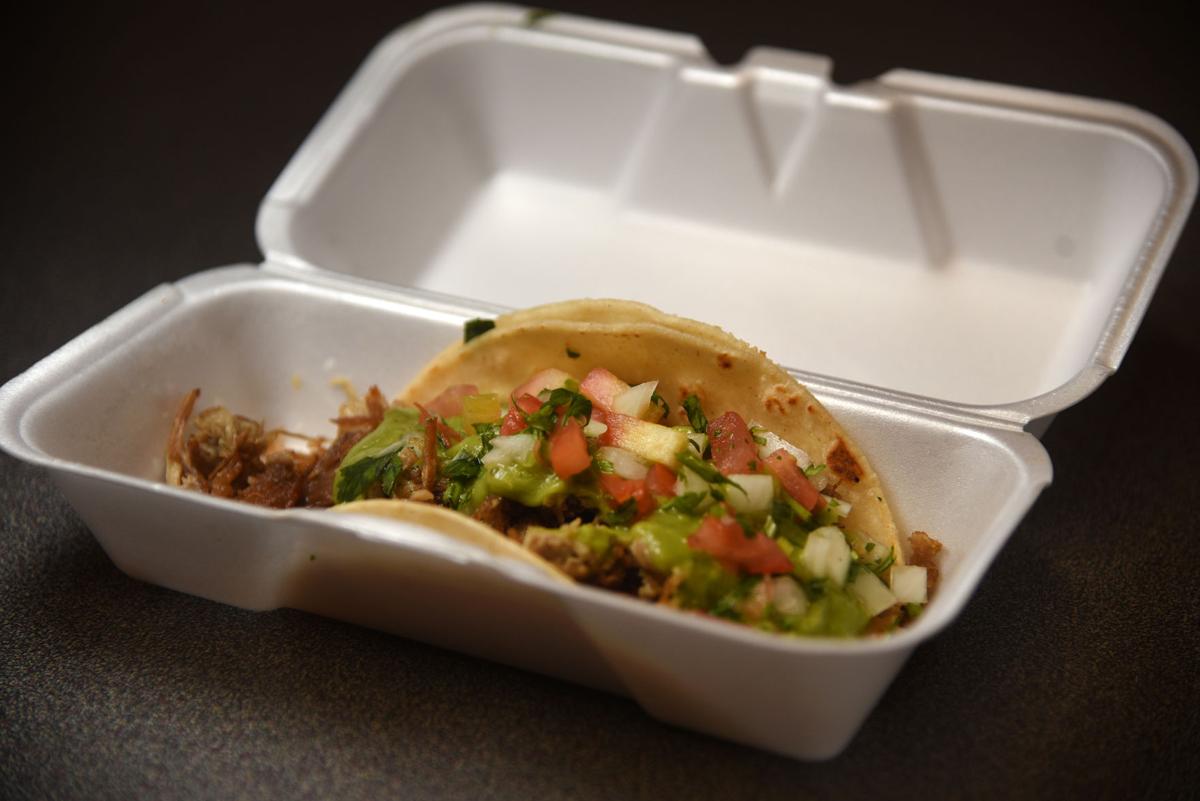 Carnitas taco with guacamole at Los Carnales Mexican Food. Just about everything at the restaurant can be ordered as a combination plate or a la carte. 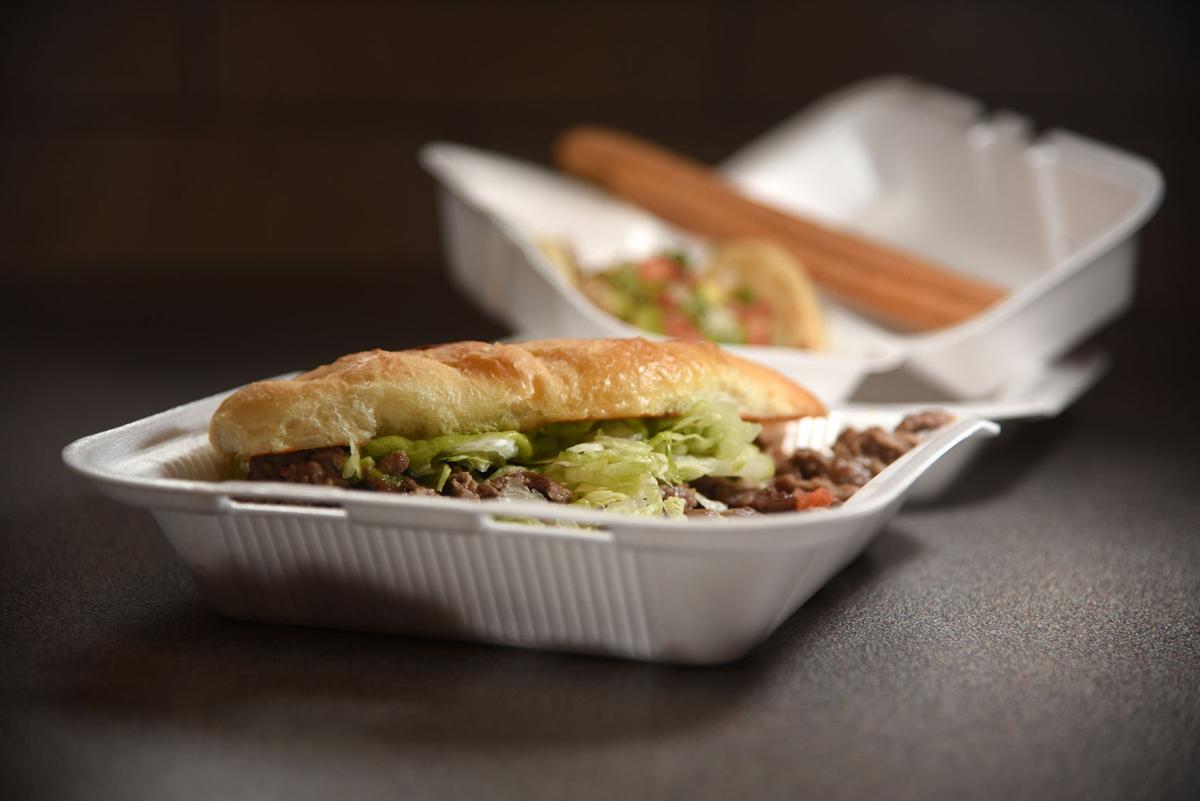 Carnitas taco with guacamole at Los Carnales Mexican Food. Just about everything at the restaurant can be ordered as a combination plate or a la carte.

Los Carnales Mexican Food easily could be called dos carnales, because the day I visited the two men working in the small, nondescript eatery operated in sync as if brothers or good friends.

Although the relationship of the employees is unknown, their efforts, one in the kitchen and one taking food orders, complemented each other. Los carnales translates as the brothers or close male companions. Less dine-in restaurant and more takeout is the best way to describe the place, for many years a neighborhood Dairy Queen, near Old Colorado City. There’s still a drive-up window and a few small tables inside.

While many might lament the loss of soft-serve ice cream treats, the cheers should be louder for Mexican food standards prepared well and quickly. Since the clean interior lacks personality, I suggest getting orders to go.

The menu features everything from breakfast burritos to tamales. Among the items not often found are tortas. These sandwiches are made with what Los Carnales calls “Mexican bread.” This is an oblong-shaped roll with a soft crust and fluffy texture. The fillings are interchanged with those for tacos: carnitas, carne asada, chorizo, shredded beef and chicken, among others. We chose the carne asada with guacamole ($4.60). Diced pieces of grilled marinated beef on a bed of lettuce topped with a generous serving of guacamole make it easy to forget tacos. But don’t.

Two fresh corn tortillas hug the contents, requiring two hands to avoid making a mess. Pieces of braised pulled pork, known as carnitas, fill the folded soft tortillas and are loaded with guacamole ($2.75). Rolled tacos, or taquitos, are also on the menu.

Just about everything can be ordered as a combination plate or a la carte. We wanted to try the rice and beans so we ordered the chile relleno plate ($7.95) and the enchilada combo ($7.95). My only complaint was the amount of shredded lettuce. I think it should be a garnish, not evocative of confetti for a celebration. After all, the food it covered doesn’t deserve to be hidden.

The chile rellenos feature two roasted poblano chiles dipped in an egg wash, coated with a corn meal and flour mixture, and then fried. The result is a crispy exterior that augments the cheese stuffed inside the chile, which melts into a gooey, but pleasing mess. In addition to the lettuce, the toppings include red sauce, pico de gallo and sour cream. The beans were earthy and creamy. The rice was bland compared with the other flavors on the plate (actually a Styrofoam container). A choice of corn or flour tortilla is included. I opted for the latter. It was large and nearly translucent, more of the Sonoran style than the thick, often smaller, variety found at many Mexican restaurants.

The two enchiladas, filled with cheese, almost swim in a piquant red sauce but almost drown under the shredded lettuce. The plate combinations include rice and beans.

The beef burritos plate ($7.65) is a large meal. These are bulky and stuffed with tender shredded beef. The lettuce was on the side, making it much easier to ignore.

Burrito options range from the standard bean and cheese to the more daring lengua (beef tongue), from the mundane ground beef to the more creative California: potato, steak and salsa.

Tamales by the dozen, daily specials, breakfast, aquas frescas and churros are also on the menu.Restaurant: Los Carnales Mexican Food

Restaurant character: Order at the counter for dine-in or takeout

• No ratings on Zomato

Unless aboard a transoceanic aircraft, meals aren’t part of the journey when flying. To remedy that, The Airplane Restaurant, in the flight pa…