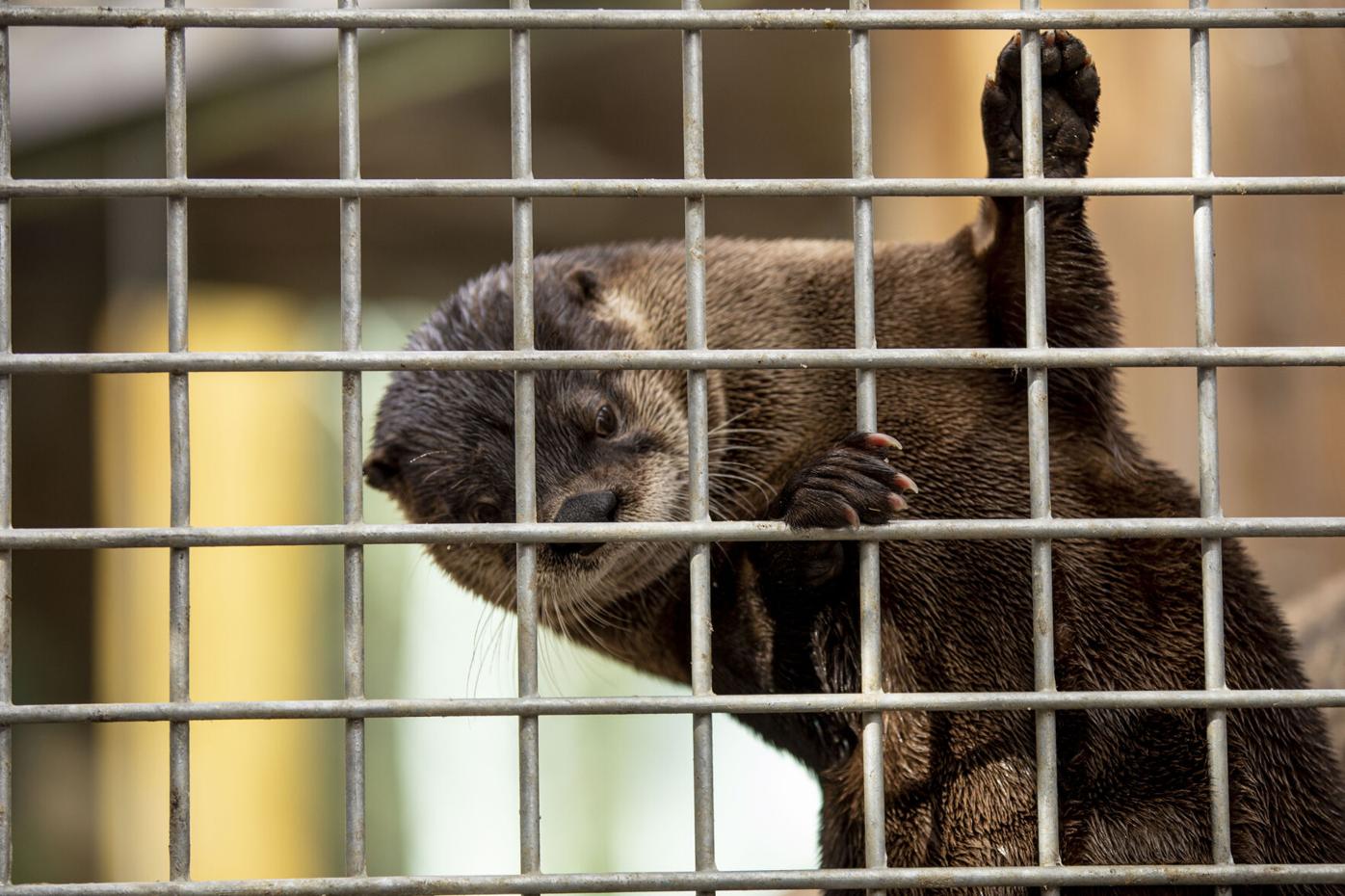 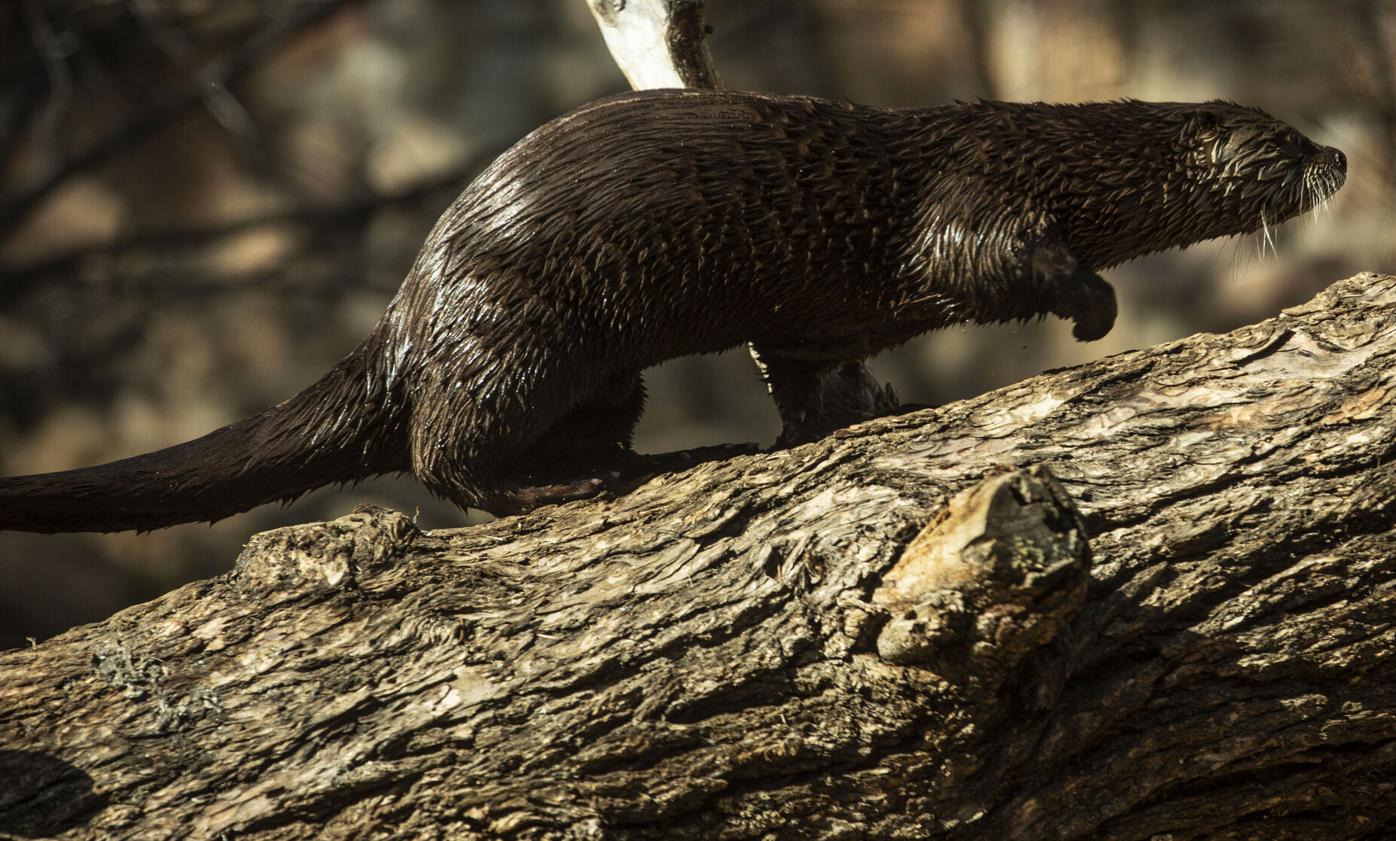 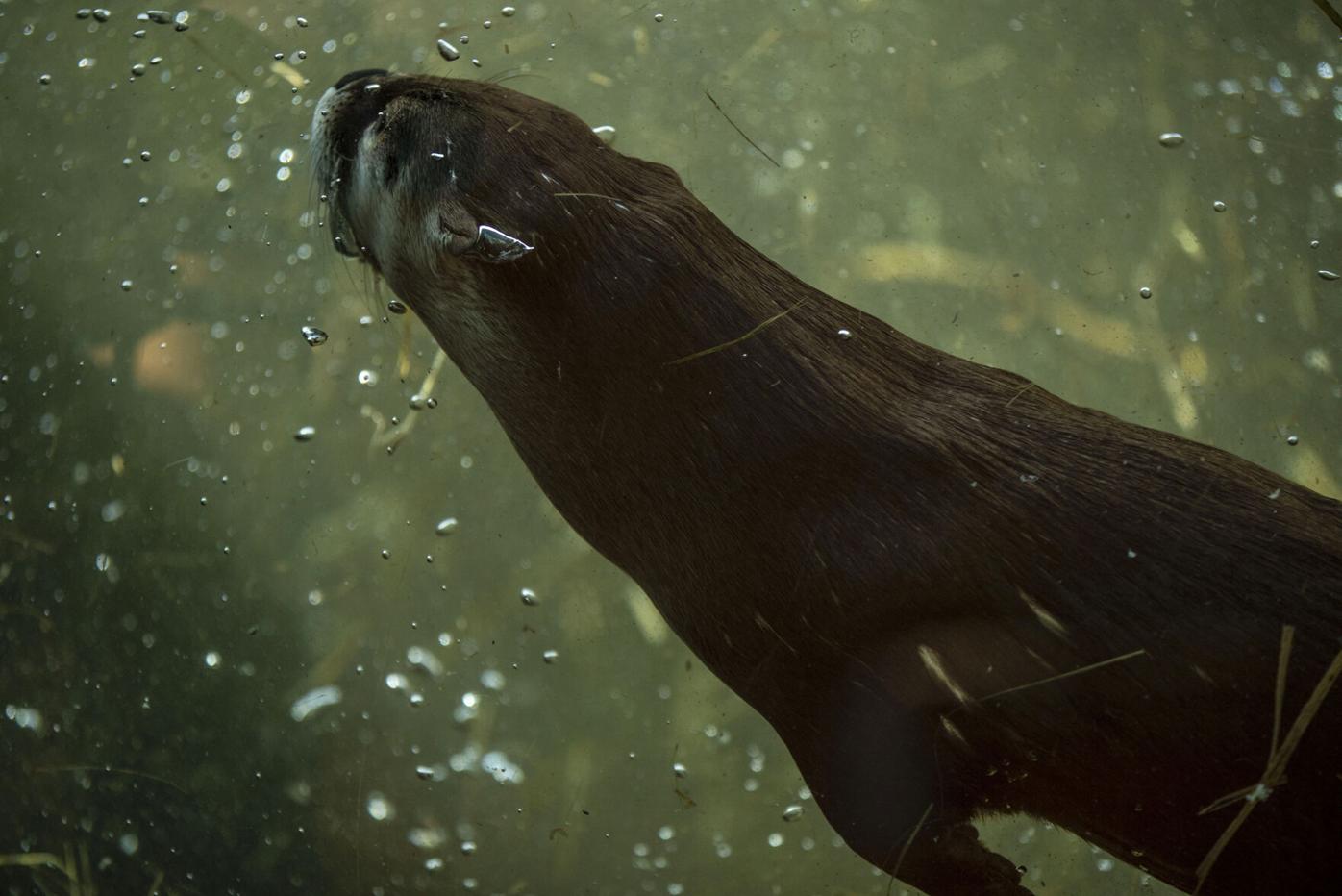 One of the North American river otters at Cheyenne Mountain Zoo. 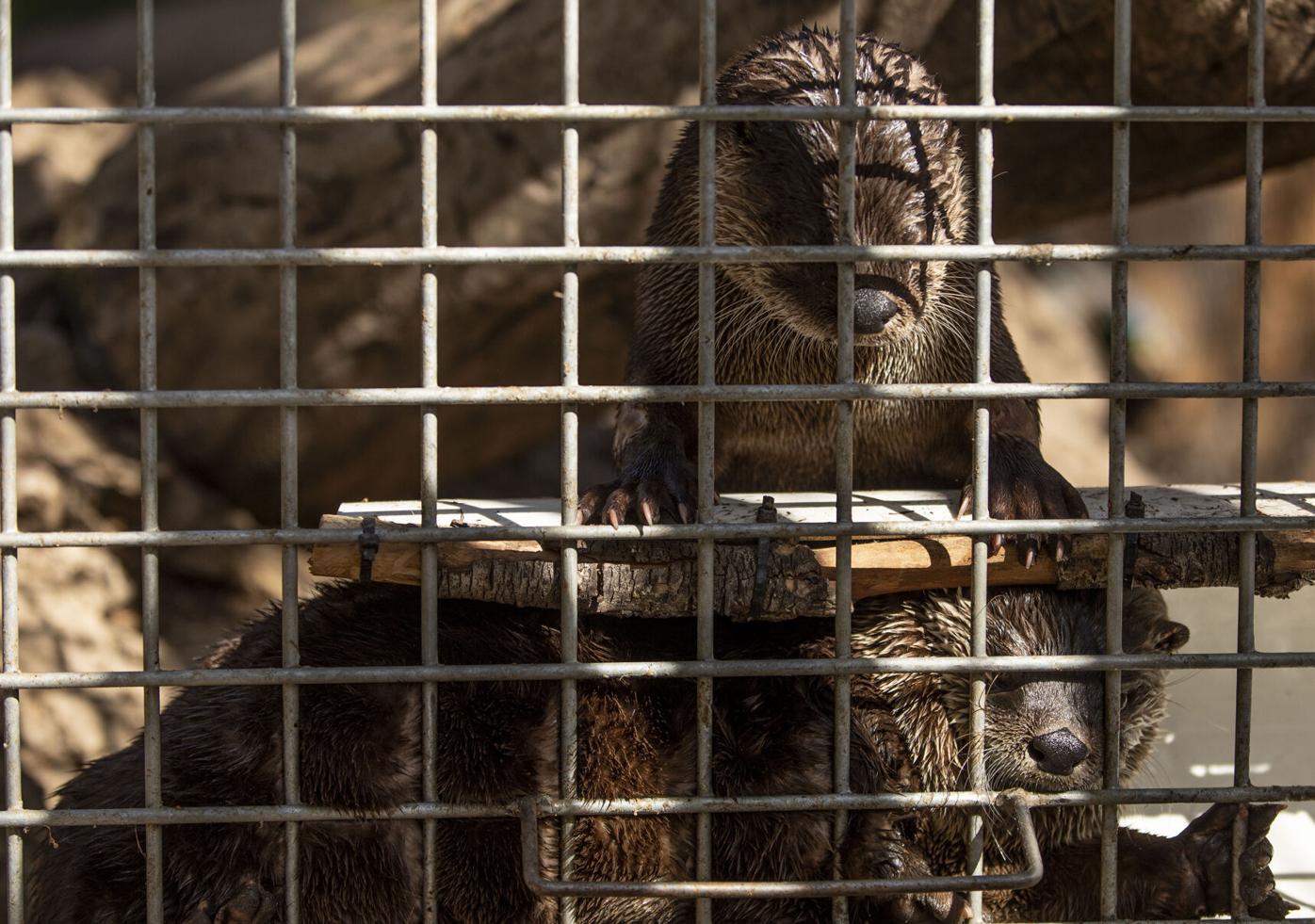 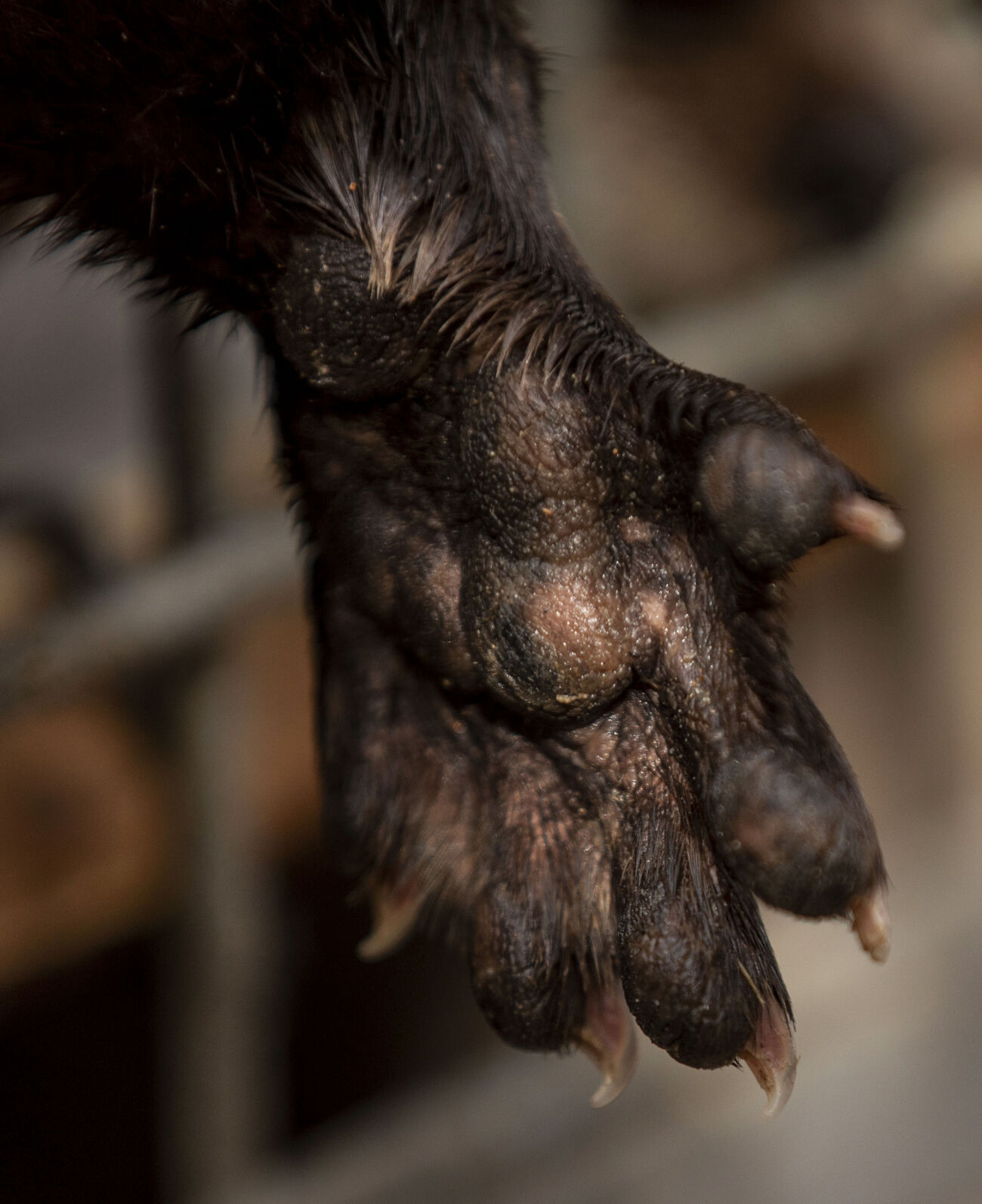 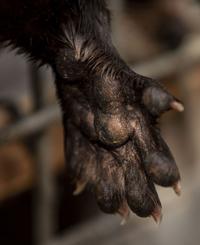 Three meals are served to the otters daily.

One of the North American river otters at Cheyenne Mountain Zoo.

Three meals are served to the otters daily.

That’s one way to describe Enapay (a-naw-pay) and Pivane (pih-vah-nay), the two North American river otters at Cheyenne Mountain Zoo. The adorable brothers, whose names mean “the brave one” and “weasel,” respectively, in some Native American languages, arrived at the zoo in 2011 from the Minnesota Zoo. They are known far and wide, or at least across zoo grounds, for the large amounts of feces they produce and the smell of their 21-pound bodies.

“They have probably some of the grossest poop of most of the animals at the zoo,” Rocky Mountain Wild keeper Kelsey Walker said. “And in large quantities for such a small animal.”

As for those little otter bodies? They might be smelly, but animals around the zoo can’t get enough of their signature scent. After the otters roll over the piles of hay they use for sleep, keepers give the hay to the mountain lions and other creatures.

Who's who at Cheyenne Mountain Zoo | Tale of 2 grizzlies

“They love it,” Walker said about the lions. “They’ll roll in the hay for hours. All the animals seem to really enjoy the smell of otters.”

These otters’ story is part of a monthly series to introduce the animals of the award-winning zoo.

The brothers are hard to tell apart, unless you know the trick: Enapay has a tiny, Charlie Chaplinesque mustache. Also, Pivane’s face is wider and his otter ‘stache is much less distinct.

If you happen to see one of the otters swimming around with a shiny object, that’s Enapay. He’s a collector of objects, mostly small, shiny things. He’ll hang on to them all day, like a security blanket.

Pivane, on the other hand, is more likely to be hanging onto a snack. He’s the more food-motivated of the brothers. Eating might even be his favorite pastime. Keepers had to expand the injection tube — where husbandry tasks such as drawing blood are conducted — on the side of the exhibit because Pivane himself had expanded.

But, don’t worry, he’s still in good health. The brothers are nothing if not energetic, with speedy metabolisms to boot.

Why, yes. These fellows are professional cuddlers. No matter how many sleeping spots are available, they always wind up on top of each other. And along with that comes complimentary grooming sessions. If one goes off to the vet, as soon as he returns his brother will sniff him and get right to work with grooming.

“They definitely love each other,” Walker said.

Update on a new kid in town, as told by Atka the Alaska moose calf at Cheyenne Mountain Zoo

Three meals are served to the otters daily to counter that fiery metabolism. The boys love tiny fish, meatballs and even root vegetables such as carrots. But nobody taught these guys table manners. They chew with their mouths wide-open, practically inhaling anything that gets near their mandibles.

In between meals, keepers do training sessions and provide the otters with enrichment activities, adding items to the pool and exhibit for them to investigate and smell. Otters love to swim, dig and sometimes even climb.

Otters boast more hair on a quarter-size patch of their body than on an entire human head, Rocky Mountain Wild keeper Courtney Rogers said. And if you catch them swimming, you’ll see air bubbles coming from that fur. It serves the same function as a down winter jacket, adding a layer of warmth in the winter and helping insulate them against the summer heat.

If these two could wake up tomorrow and have the best day of their semiaquatic lives, well, first of all, they’d sleep in. That’s right, otters would push the snooze button multiple times before rising and shining. Then there’d be a buffet of cold trout, followed by hours of sledding — they love to head up to the top of the exhibit, get on their bellies and slide down the snow into the pool.

Two first-time animal moms gave birth at Cheyenne Mountain Zoo in the past week, according to a Thursday news release.