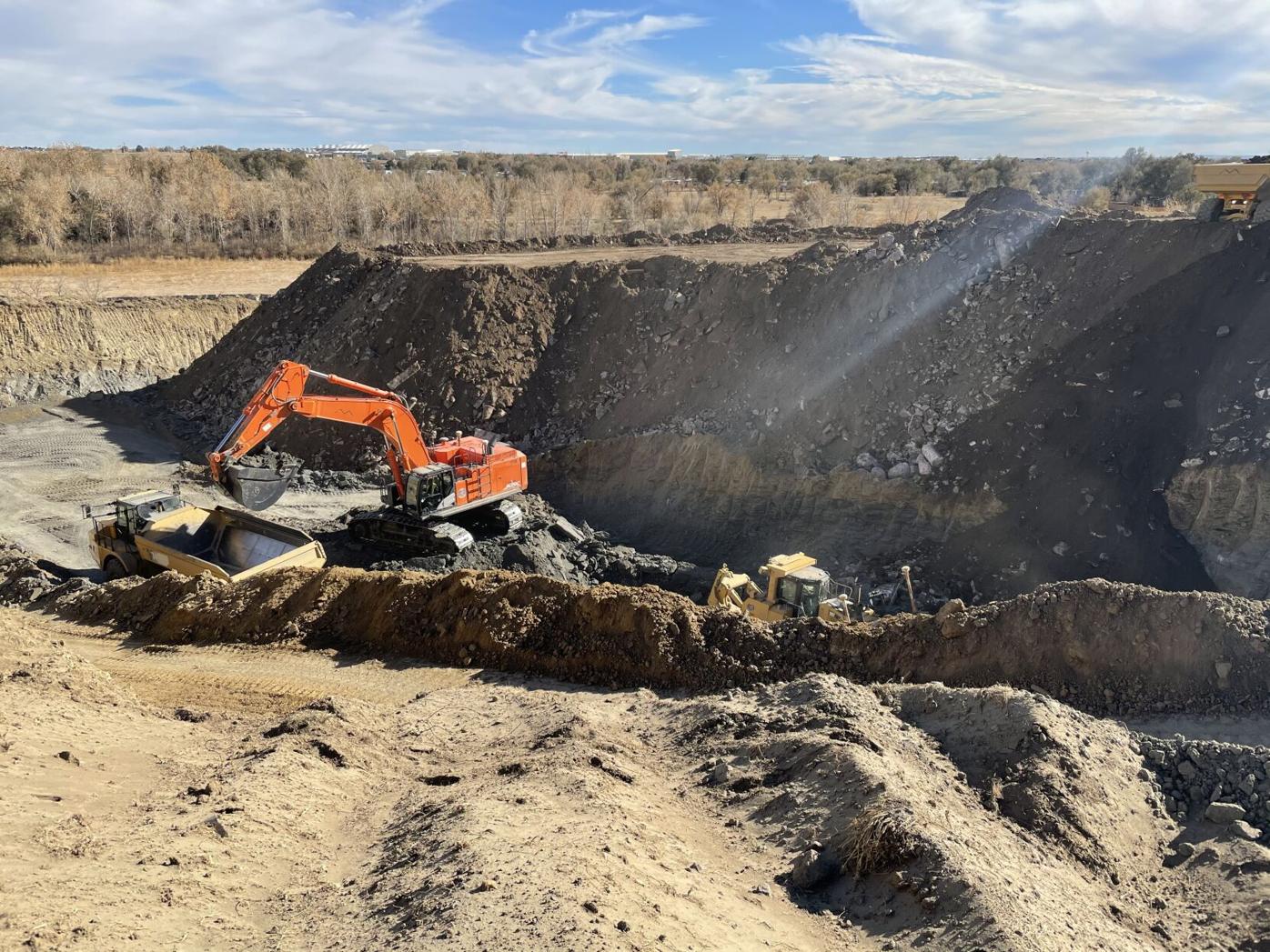 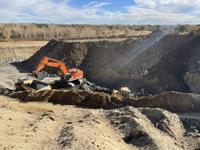 Crews removed a million yards of construction debris, mostly concrete and asphalt from a landfill in southeast Colorado Springs to make way for a new neighborhood of 194 homes. Photo courtesy of Schuck Chapman Communities 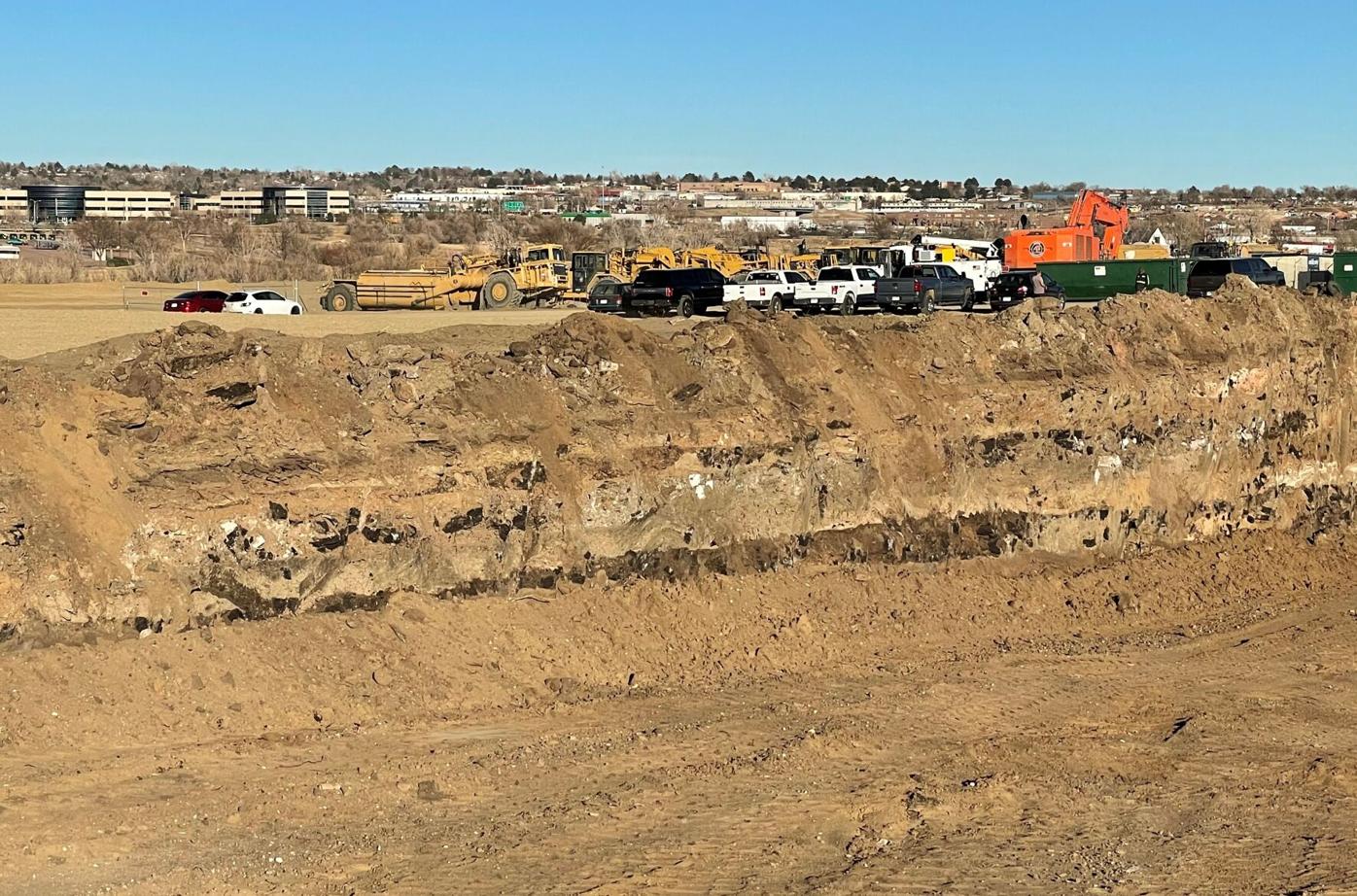 Crews removed a million yards of construction debris, mostly concrete and asphalt from a landfill in southeast Colorado Springs to make way for a new neighborhood of 194 homes. Photo courtesy of Schuck Chapman Communities

A former landfill previously full of construction debris in southeast Colorado Springs is getting transformed into a new neighborhood of up to 194 homes.

The landfill south of the Platte Avenue and Wooten Road intersection had been well outside of town when huge pieces of asphalt and concrete from construction projects were buried on the site, said Steve Schuck, the developer who did the mitigation. Colorado Springs Utilities used the site as a landfill prior to 1996, according to city documents.

Now the future 32-acre neighborhood —currently owned by nationwide builder D.R. Horton — has been largely surrounded by homes and businesses. It is one of numerous infill projects underway in the city that officials want to encourage because they can use existing roads, water mains and other infrastructure.

To get the property ready for homes, Schuck Communities excavated about a million yards of concrete, asphalt and other waste from June to December of 2020, said Mike DeGrant, vice president of development for Schuck Chapman Companies. Schuck Communities recently changed its name.

Workers had to dig up huge pieces of waste, including 40-foot-long concrete columns filled with rebar, he said. Much of the waste had to be broken apart before it could be moved with heavy equipment.

"The holes were so deep you couldn’t see the equipment," Schuck said.

At its deepest point, the excavation reached 42 feet deep and spanned across an area that will become several neighborhood blocks, DeGrant said.

Some of the steel was taken to a salvage yard to be reused, some of the material was hauled to a different landfill and some of it was buried onsite under what will become permanent open space east of Sand Creek, which runs along the eastern edge of the future neighborhood. The waste was broken down before it was reburied to ensure that soil would fill in all the voids and the property won't see future settlement, DeGrant said. The entire process was guided by experts and regulated by the Colorado Department of Public Health and Environment who had to sign off on the voluntary cleanup of the landfill. 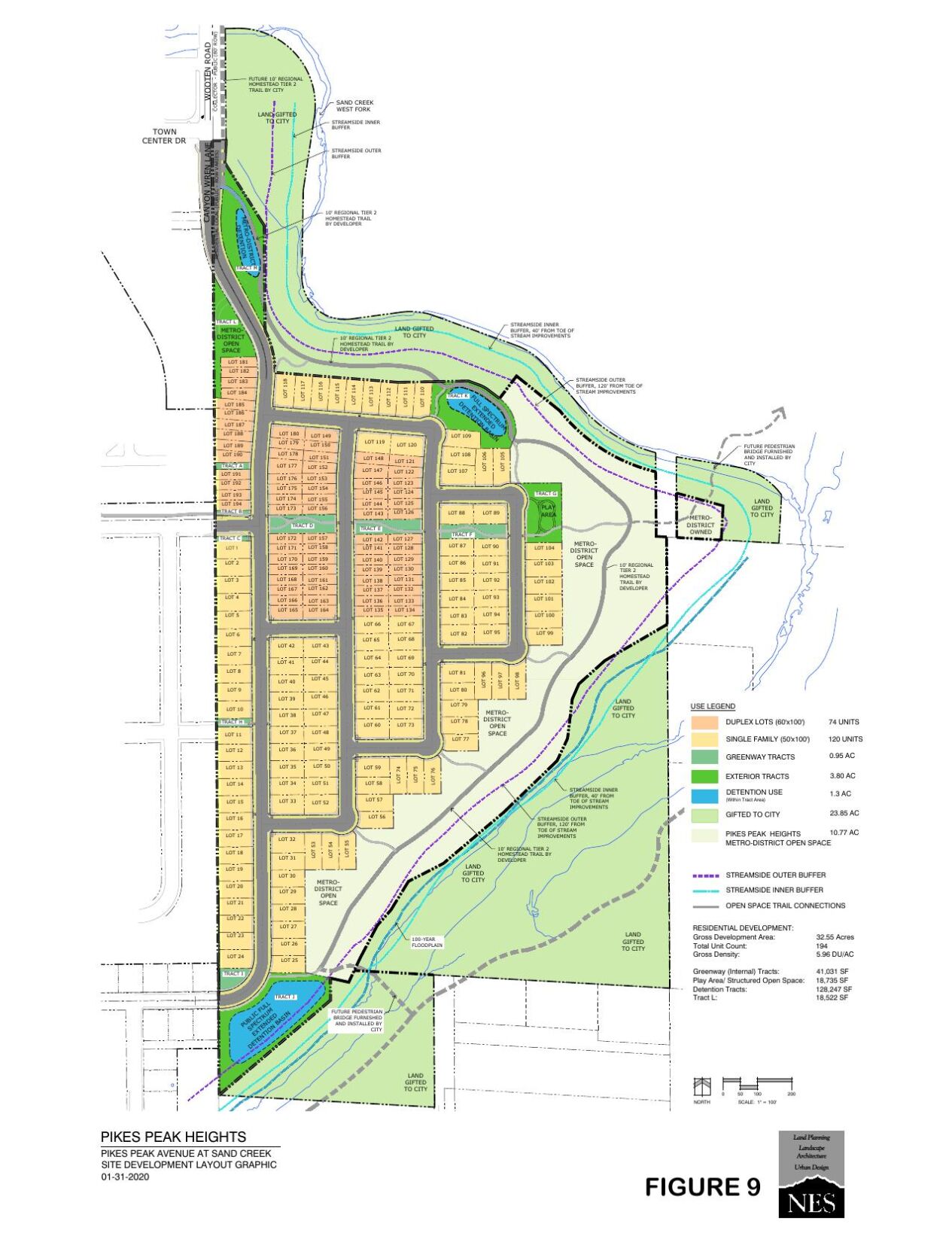 "We documented every day what came out of the ground and what we did with that," he said.

The hole was filled in with clean soil that will support the new homes.

"It came up in lifts, all compacted tighter than mother nature," DeGrant said.

The Colorado Department of Public Health and Environment confirmed the site is safe to build on following the excavation. An environmental covenant prevents anything from being built over the reburied waste, the agency said.

Home construction on the site is expected to start at the end of the year, D.R. Horton said in a written statement. The company is currently approved to build 120 single family homes and 74 duplexes or townhomes in the neighborhood. The company did not answer a question about how much the future homes might cost.

D.R. Horton is the largest homebuilder in the country and re-entered the Colorado Springs market last year, the company statement said.

In addition to prepping the area for homes, Schuck Communities set aside 34 acres to the west of the neighborhood on either side of Sand Creek as open space. An extension of the Homestead trail is expected to run through the area west of the creek. A metro district will manage a portion of the property, including the area where the waste was buried.

The developer also donated property on the eastern edge including a stretch of Sand Creek to the city, that the city would have otherwise needed to purchase to mitigate erosion,  said Richard Mulledy, manager of the stormwater enterprise.

This fall the city is planning to start stabilizing and rebuilding the portion of Sand Creek to help repair years of erosion and protect a Colorado Springs Utilities' sewer line, he said.

"That whole stretch has been in really bad shape for many years," he said.

The city expects to spend $4.5 million on the stretch of creek just shy of a half mile long. The work will include filling in the creek and reshaping the embankments so they can support vegetation, he said. The banks are too steep for any plant life. The work should help make the area more appealing to species such as insects, birds and butterflies, and it will help reduce the sediment flowing downstream to Pueblo.

The city had to improve this section of stream under the city's intergovernmental agreement with Pueblo that was signed in 2016 to allow the Southern Delivery System to bring water from Pueblo Reservoir to Colorado Springs.

A four-story, 53-unit apartment building would be developed next to Bear Creek Regional Park on Colorado Springs’ west side, a project that wo…