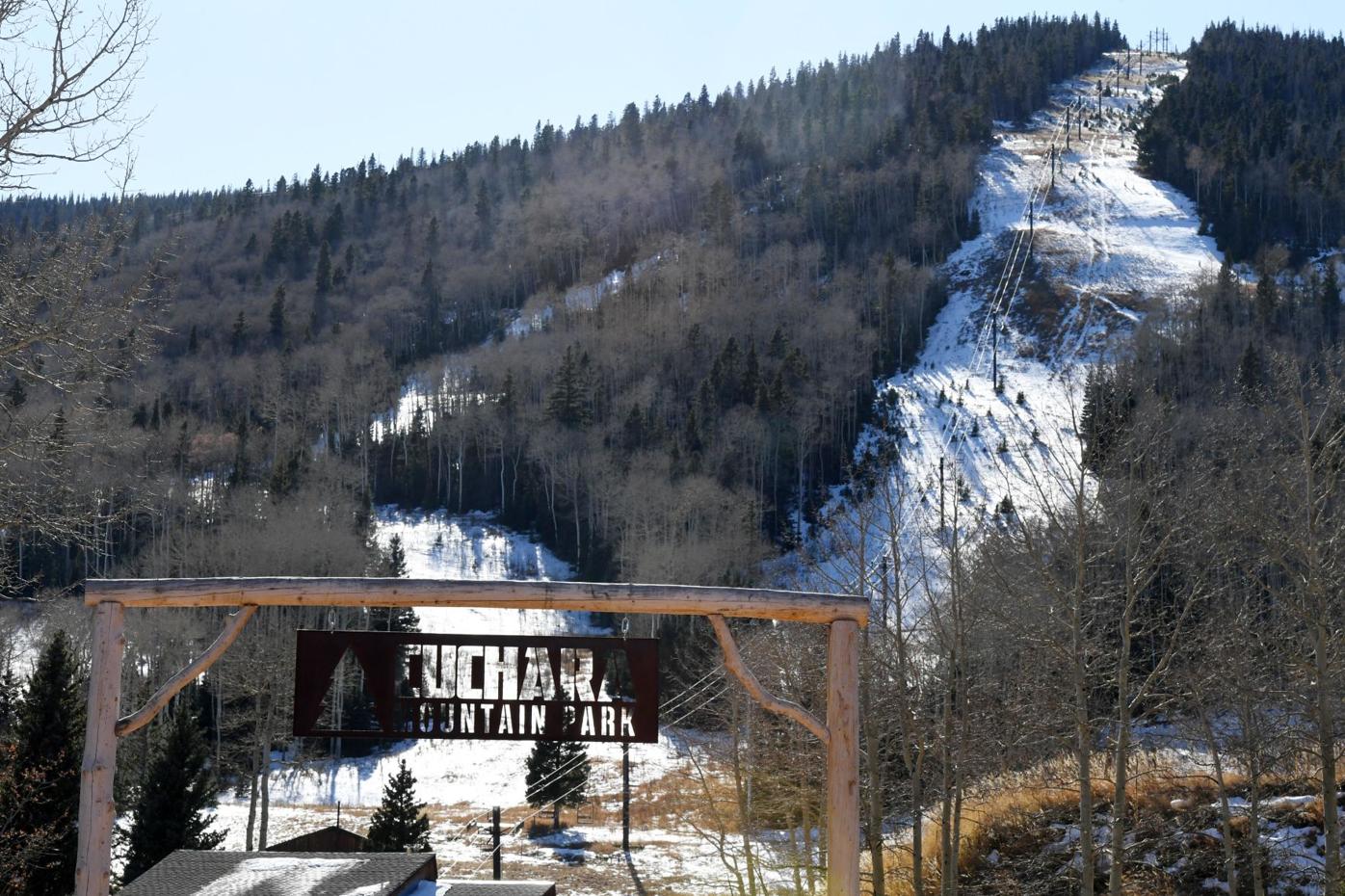 With funds raised in donations, Cuchara Mountain Park was open to the public in 2017. Although lifts aren’t operational, skiers, boarders and sledders have hiked up the slopes and taken advantage of the old runs. 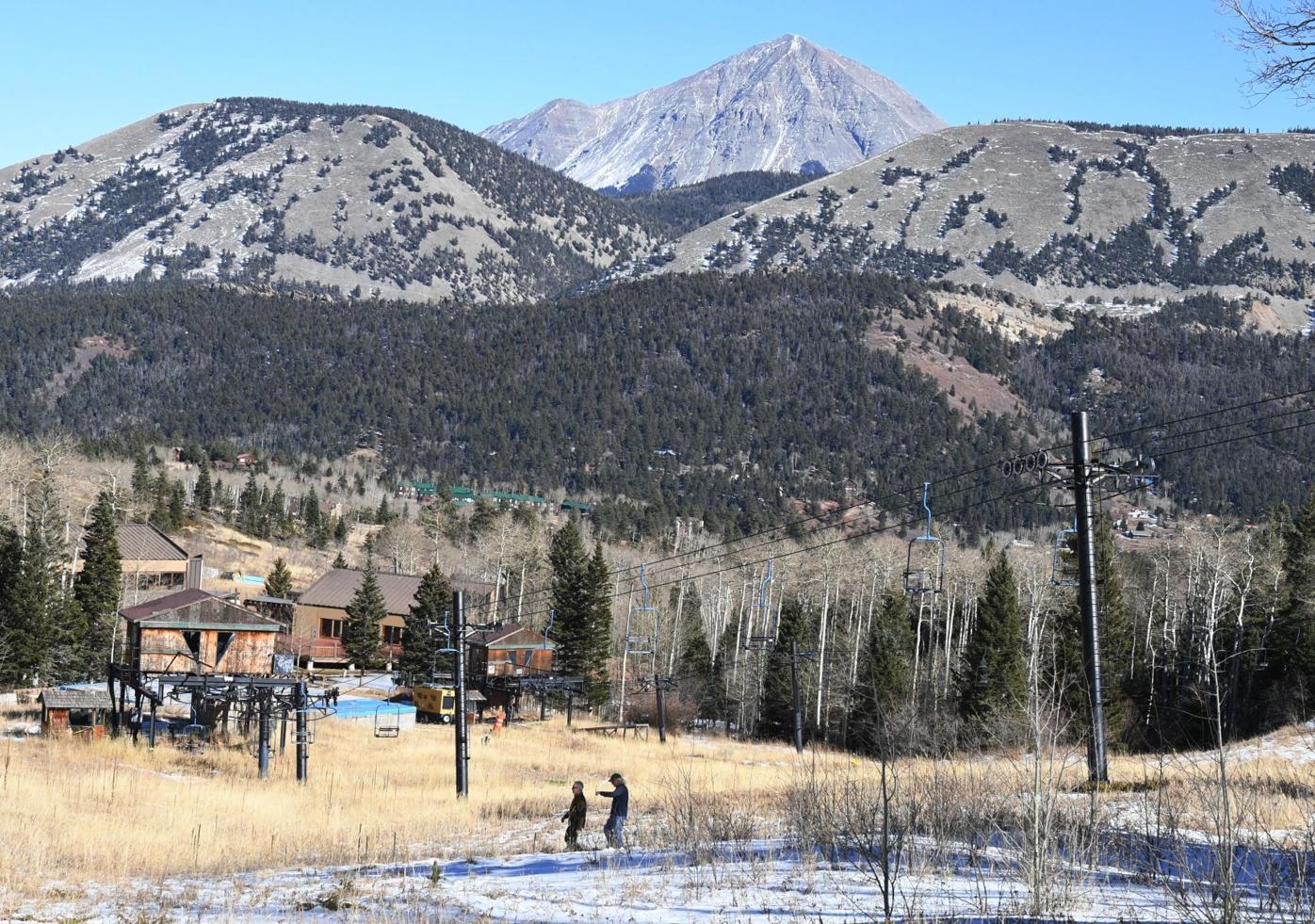 Three of the old chair lifts are left at Cuchara Mountain Park. The slopes at the old resort offer beautiful views of the Spanish Peaks.

Last winter, Florida-based Jeff Moss and a business partner found themselves at a bed and breakfast in the southern Colorado hamlet of Cuchara. They were in the area scouting properties to plant Moss Adventures, a grassroots outfit suited for a "kind of remote" setting, as Moss described his vision from about four years ago.

The bed and breakfast's white-bearded owner, Mike Moore, overheard his guests talking. Since 2016, Moore had been part of a local initiative to revive an abandoned property up the road — the mountain home to multiple ill-fated ski operations going back to the 1980s and ending in 2001.

Moore apologized for interjecting, Moss recalled. "He was like, 'I know it's not exactly what you were talking about, but what do you think about a mountain?'"

That set in motion events leading up to this month. Soon, negotiations are expected to start with local officials for Moss Adventures to lease Cuchara Mountain Park from the county and serve as concessionaire of the 48-acre property. The move is a major step toward the mountain reclaiming some of its former winter glory and realizing a larger dream of being a four seasons destination, complete with hiking, mountain biking, camping and outdoor education.

But the move wouldn't come without controversy.

Near the end of last month, county commissioners unanimously voted to enter formal talks with Moss. That followed a long meeting in which locals expressed support and dismay.

A majority sounded in favor, saying Moss Adventures would fill the role outlined in a master plan crafted after hundreds of thousands of dollars were raised to buy formerly private property and establish Cuchara Mountain Park in 2017.

Since then, some locals have worked to restore the base lodge and chairlift while others have served another committee dedicated to mountain biking development. All along, the idea has been to attract a concessionaire to pay for insurance, maintenance and more. Where one of Colorado's poorest counties would fall short, a lessee would be enticed by profit possibilities.

Moss Adventures represented "the best prospect we can hope for," one resident wrote to county commissioners, echoing others who foresaw benefits for locals, visitors and businesses.

The company's proposal includes already-available disc golf and mini golf, along with a zipline, expanded trails and camping, which is most central to Moss Adventures' concept. From Cuchara, Moss aims to develop expert-staffed basecamps in wilderness-type places beyond — a nod to his father, who gained notoriety for his pop-up tent concept in the 1950s.

The idea "is to not make this like a Vail or Disneyland," Moss said. "If you want to take your family on an adventure, I want you to feel like you're the only ones around."

Opponents see that running counter to the company's projection of almost 2,000 paying guests every week in the winter. In writing to county commissioners, critics said their town could not handle that traffic during those months.

Moss said he would be interested in talking with the U.S. Forest Service about restoring more chairlifts and runs farther up the mountain. Though, "the ski part of the mountain is not a viable, stand-alone business and never has been," he said. "But the tubing element that we're bringing to the mountain is a huge revenue source, and it doesn't cost a lot to operate."

It could cost cash-strapped families in the county, opponents said; tubing for a family of four would be $120, according to Moss Adventures' proposal. Moss has spoken of resident discounts and free days for youth. But one involved with helping establish Cuchara Mountain Park worried that locals who gave money to buy the property would not be honored by the arrangement, nor would the property sellers who "lowered their price for the land significantly so that the county could acquire it as a public park."

The county tourism board shared the concern. In its feedback to commissioners, the board also noted "[t]he request by Moss Adventures for the county to pay the water and sewer fees is unclear." Another question: "With the projection of Moss Adventures making almost $2 million in profits per year, the tourism board is asking why there would not be a lease or annual fee to the concessionaire?"

The board expressed support for "the concept of Moss Adventures" but said "the proposal is lacking clarity, specifics and fiscal information."

All to be discussed in upcoming negotiations, Moss said.

He said he anticipated the park's base chairlift to soon be inspected for operation, as required by state government. The hope is for a "soft opening" this winter, Moss said.

"Offer some minor skiing and snowboarding and sledding," he said. "Then we can start to market for the spring and summer."

In Boulder, it can be hard to resist the high ground. From everywhere in town, the Flatirons tantalize in view; one can get up close to those rocks by ascending the trail from Chautauqua Park. Equally mesmerizing is Green Mountain. That regal point, too, can be hiked if one is up for the elevation gain.