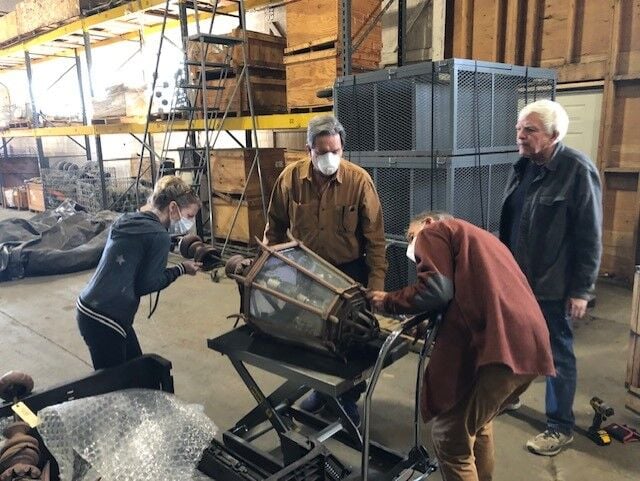 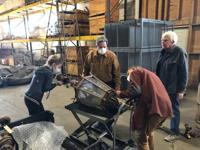 Beth Nichols, Dutch Schulz, Tim Boddington and Rob Harrison inspect one of the streetlights that was installed in the Old North End during 1930. A Colorado Springs Utilities crew took down the lights in October and the neighborhood is in negotiations to get them reinstalled. Courtesy of Jon Thomas This caption has been updated to correctly identify Rob Harrison. 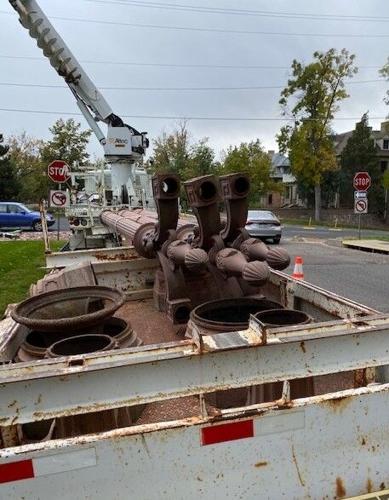 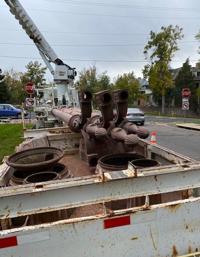 Colorado Springs Utilities crews took down and trucked away historic streetlights originally installed in 1930 on Wood Avenue in the Old North End. The neighborhood is negotiating to get them back and raising money to have them refurbished. Courtesy of Beth Nichols 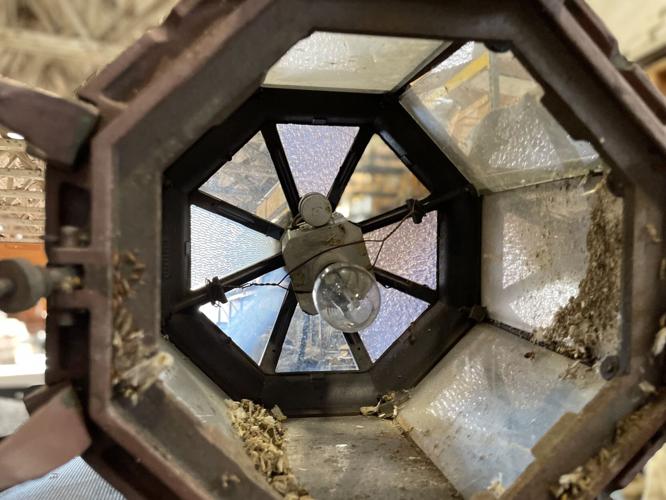 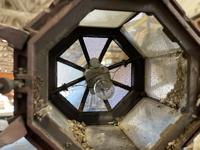 When Colorado Springs Utilities workers took down and drove away with historic streetlights from the Old North End in October, neighbors were aghast.

Old North End Neighborhood President Dutch Schulz said one resident who came to tell him about it couldn't find the words right away. He just kept repeating: "They took them," Schulz said.

The four ornate streetlights that the Utilities crews took down on Wood Avenue were put in by residents in 1930 who formed a special improvement district to pay for them. The lights were then turned over to the city for maintenance.

Historic neighborhoods in Colorado Springs organizing to advocate for themselves

Old North End representatives contacted Utilities right away about the removal of the lights and they are now safely stored in a warehouse waiting to be reinstalled, although progress has been slow, and right now the street is dark without the lights, residents said.

The residents are working with Utilities on an agreement to get the lights reinstalled because they are a piece of the city's rich history and when that legacy is protected it adds value to the entire town, said Jan Erickson, a Wood Avenue resident who is working on their refurbishment and reinstallation.

"The city has announced and committed to the preservation of historic properties. ... There is no more historic part of Colorado Springs than the Old North End," said Jon Thomas, who is married to Erickson.

Utilities said the lights were slated to be replaced as part of a regular maintenance schedule and the staff did not have information on the history of the lights because their database only tracks pole number, size and style.

"If parts and pieces for streetlights become obsolete, we replace them with lights of a similar stature," Utilities spokeswoman Natalie Watts said.

Colorado Springs backs away from denser zoning in existing neighborhoods

Utilities did not understand the process in place in the Old North End for removing historical infrastructure that requires a public process, she said.

"We don’t understand that process yet, but we will be meeting with them to better understand it," she said.

The neighborhood is fundraising to refurbish the lights to return them to their original green color and ensure the color of the light bulb is a warm color consistent with its original glow. The residents are still working on the details of the work and it's not know exactly how much it will cost yet, Erickson said. But the groups wants to make sure once reinstalled the lights will last for many decades to come.

The work to restore the lights has also inspired a larger vision, Erickson said, to install lights with the same historical feel on other streets in the Old North End and extend the lighting that already exists on the Colorado College campus and on a portion of Tejon Street.

The larger project would take much more fundraising or potentially an improvement district that residents would fund similar to the one set up in 1930; such an investment could create a similar lasting value, Erickson said.

"The benefit is not for this neighborhood, but for the whole city," Erickson said.

To learn more and donate to refurbishment, visit northendlamplighters.org.

Colorado’s highest peaks draw plenty of attention and plenty of crowds, while down below some of the state’s most pristine, unspoiled nature affords true, splendid solitude.