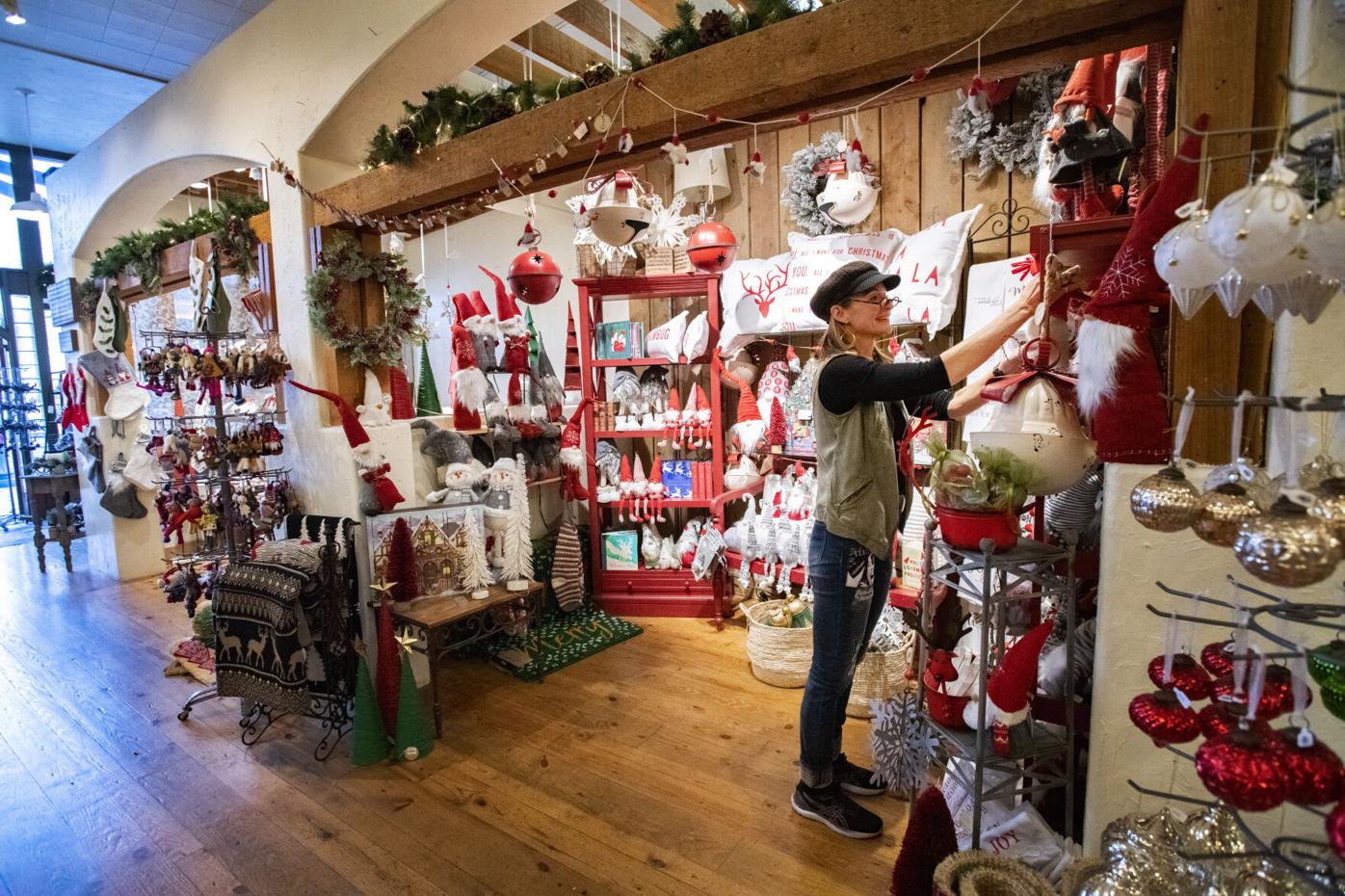 Abby Schneider Miller adds the finishing touches to a Christmas display last week at Terra Verde, the clothing and lifestyle boutique on Tejon Street in downtown Colorado Springs. After healthy sales so far this year, some area retailers say they're poised for a strong holiday shopping season. CHRISTIAN MURDOCK, THE GAZETTE 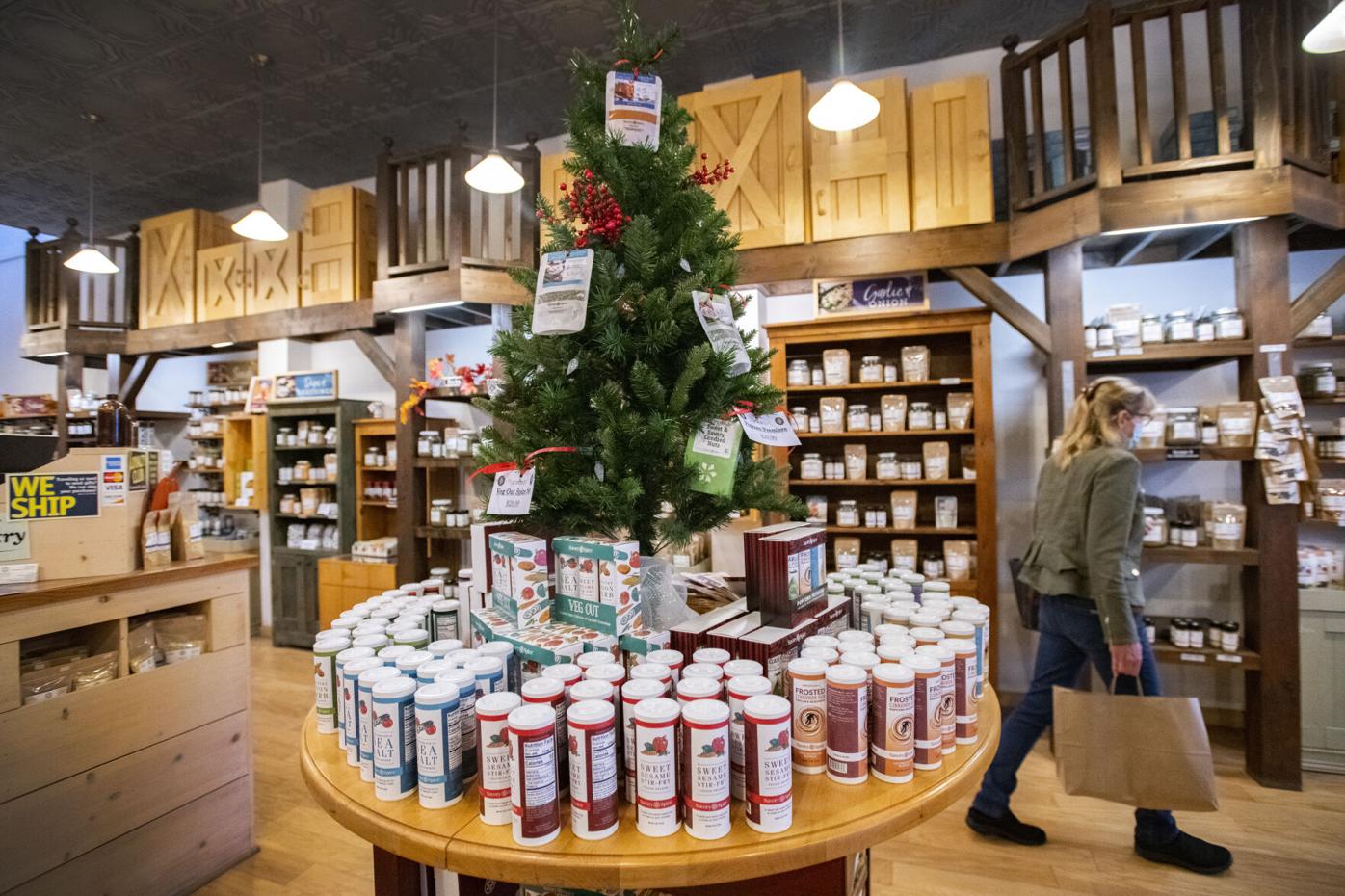 A customer shops last week among the Christmas displays at the Savory Spice Shop on Tejon Street in downtown Colorado Springs. With Thanksgiving kicking off the holiday shopping season this week, some area retailers say they're poised for several weeks of strong sales. CHRISTIAN MURDOCK, THE GAZETTE 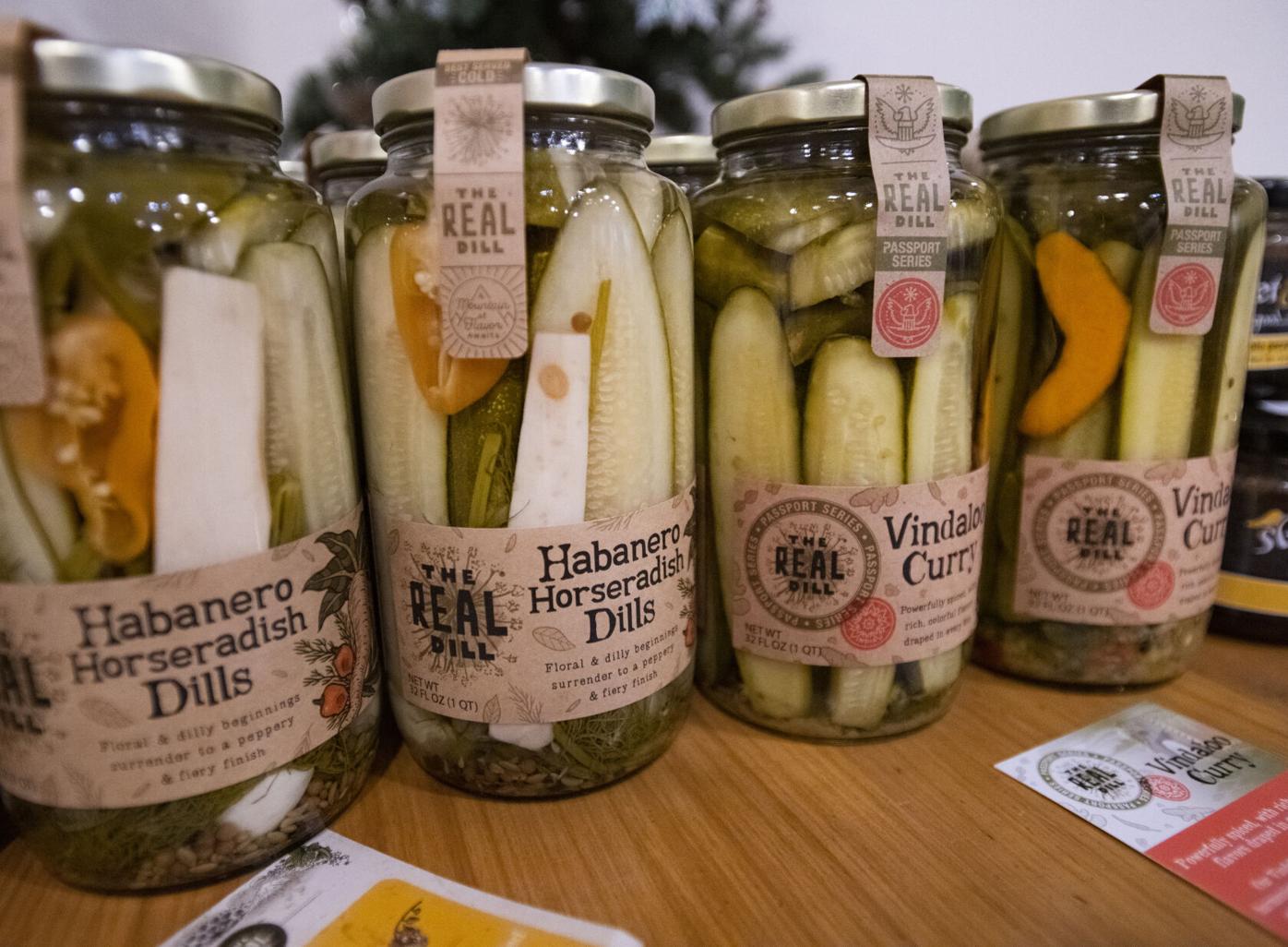 Shoppers are ready — and so are retailers.

Consumers will spend an average of nearly $1,000 during this year's holiday shopping season on gifts and other items for family members and themselves — roughly the same as last year, though down about $50 from the pre-pandemic high in 2019, the National Retail Federation said in a recent estimate.

But whatever consumers spend, some Colorado Springs retailers are confident they'll see a piece of that action as the shopping season begins in earnest with this week's Thanksgiving holiday, followed by Black Friday, Small Business Saturday and Cyber Monday.

Their optimism is based on strong sales this year, which retailers expect will carry over through the holidays. That's in spite of ongoing COVID-19 pandemic concerns and nagging supply chain issues for some Springs-area stores.

"The year, 2021, has been a good year," said Dick Frieg, who along with his wife, Mary, owns the Savory Spice Shop at 110 N. Tejon St. in downtown Colorado Springs. The store, which Frieg said was the first franchised location of the Denver-based chain of 30 locations, sells more than 400 fresh species and handcrafted seasonings, along with some food items.

"People have been back out shopping, tourists have been back in town," Frieg said. "I'm hopeful that the last six weeks of the year will be on par with the type of increase we've seen so far year to date."

Frieg said his gross sales in 2021 are up 20% over the same time in the pre-pandemic year of 2019. If that trend holds over the last six weeks of the year, which accounts for about one-third of his annual sales, he'd be thrilled.

And he feels good about his chances.

His downtown store sits along the heart of the Tejon Street retail corridor. It's frequented by visitors to Colorado Springs, and state and local tourism officials have reported that the industry rebounded this year from 2020, though it still is catching up to its 2019 performance.

"We're blessed to be downtown and that's on the path of foot traffic of tourists who are taking a look at Colorado Springs," Frieg said. Many of those tourists are more apt to stroll downtown  than frequent outlying shopping centers, he predicted.

At the same time, Frieg said he's encouraged because he's seen more younger buyers in his store — a possible, whose renters enjoy walking or biking to the area's stores, restaurants and coffee shops.

Carrie Hibbard Baker of the Terra Verde clothing and lifestyle boutique, 208 N. Tejon, said she and co-owner Leah Fitzgerald Riehl also have had a strong year and expect it to continue through the holiday season.

"At the beginning of the pandemic, that is what people did in the community. They were afraid of their favorite strong businesses going out of business and I think the word out there was 'support small business,'" she said. "I think that's continued."

At The Citadel mall, northwest of Academy Boulevard and Platte Avenue, Dave Steele's 20-year-old Memory Lane store sells coffee mugs, posters, tin signs and other nostalgia-themed items with likenesses of Marilyn Monroe, Elvis Presley and John Wayne. He also has a convenience store section with snacks and other items that appeal to customers and mall employees.

Steele already has seen increased sales of 5% to 7% for the year compared with 2019, and he expects that trend to continue over the holiday season.

"People have money," Steele said, referring to government stimulus checks that fueled many consumers' spending. "The billions of dollars government gave everyone, people seem to have more money to spend because of that."

In Old Colorado City on the Springs' west side, owner Tami Glascock says her Jen's Place Boutique & Gift Shop enjoyed strong summer sales, which she expects to roll over into the holiday.

Her store's location in the heart of Old Colorado City — several blocks of restaurants, candy shops, art galleries and specialty retailers along Colorado Avenue and side streets — is easy to find. She also said she has a loyal base of returning customers and social media followers.

"I think we're going to do OK," she said of the holiday season. "I have people coming in with family members and grandchildren, making lists based on what's in the store."

Glascock and other mom-and-pop retailers interviewed said they aren't having trouble finding employees; her store, named for her daughter, is family run.

Frieg, of Savory Spice, said he typically adds employees at the holidays, and has recruited four part-timers this year to go with his core of six to seven regulars.

Terra Verde, meanwhile, has the staff it needs, Baker said; Steele, of Memory Lane, only has one employee along with himself.

But while staffing hasn't been an issue, some retailers have encountered problems getting their merchandise in a timely fashion.

At Jen's Place, for example, Glascock said some spring and summer orders — including women's clothing, baby and toddler items and even solar lighting — are only arriving now at a time when she's also receiving winter merchandise.

There might be local customers heading to warmer areas for a vacation who would welcome  spring and summer clothing, she said.

"But it's not something I usually have out on my regular rack," she said. "By now that would have ended up on clearance."

As a result, she doesn't have enough floor space for most non-seasonal merchandise, Glascock said. She's been forced to find on-site areas to store the items while renting a storage unit for larger merchandise.

She's also sought out new domestic vendors so that her merchandise could be flown or driven instead of relying on it being shipped from overseas, Glascock said.

"The issue has been, logistic-wise, getting product from Fresno to Colorado," Lantzy said.

At Savory Spice, Frieg said he hasn't been able to obtain some items he imports from Europe, such as bullions, demi-glazes and salts that come from Italy and France.

For the 400 spices and herbs that are his signature items, however, he's "in good shape" heading into the holidays, he said.

Last year was more of a supply chain headache for his store because of plastic and glass shortages, Frieg said.

His employees hand fill spices into bags and bottles inside his shop for freshness; the items aren't sitting in a warehouse waiting to be shipped.

But for months in 2020, he lacked containers because bottles were being repurposed for hand sanitizer or plastics were being used for face masks, Frieg said.

"We suffered for a few months with no glass in the whole shop," he said. "Now, I've got enough and we've made up the holiday gift sets and we're ready to fill more."

Terra Verde's Baker said she and Riehl bought merchandise for their store before they took over as owners in January 2020. That experience trained them to buy items early, she said.

As a result, they placed orders for holiday and winter items in January and February of this year and are stocked and ready to go.

"We always buy a season ahead," Baker said.

Buying early is a lesson customers should follow, too, retailers say.

"We already have people coming," said Glascock, of Jen's Place. "They (shoppers) could start now. We're putting our things out. It's a little slower during the week right now; it's probably better for people to come during the week because it becomes extremely busy over the weekend when everybody's off of work."

"If you are concerned about crowds, now is the time to come in and shop," she said.

Besides buying early, customers also should consider mailing early. Lantzy, of Mountain Man Nut & Fruit, said it's a good idea to ship by Dec. 10 and not wait until Dec. 15, the deadline that the U.S. Postal Service has recommended in the past.

Frieg said he'll ship Savory Spice products for customers; the service is free for purchases of $60 or more.

But don't wait, he said.

"I'll ship it anytime during the year that you want, but I certainly can't promise by Christmas ever," he said. "Certainly if it were me, I'd be shipping it in the first week of December."

As the traditional holiday buying and selling season kicks off this week, here are a few reminders for Pikes Peak region shoppers:

• Most retailers will resume normal hours or open early on Black Friday, the day after Thanksgiving. Small Business Saturday follows the next day, with an emphasis on shopping at smaller, local retailers. Many retailers will offer online deals on Cyber Monday, Nov. 29.

With Christmas right around the corner, the Bureau of Land Management (BLM) announced this week that permits for cutting trees at the Royal Gorge Field Office in Cañon City and the Arkansas Headwaters Recreation Area (AHRA) Visitor Center in Salida will be available starting November 22.