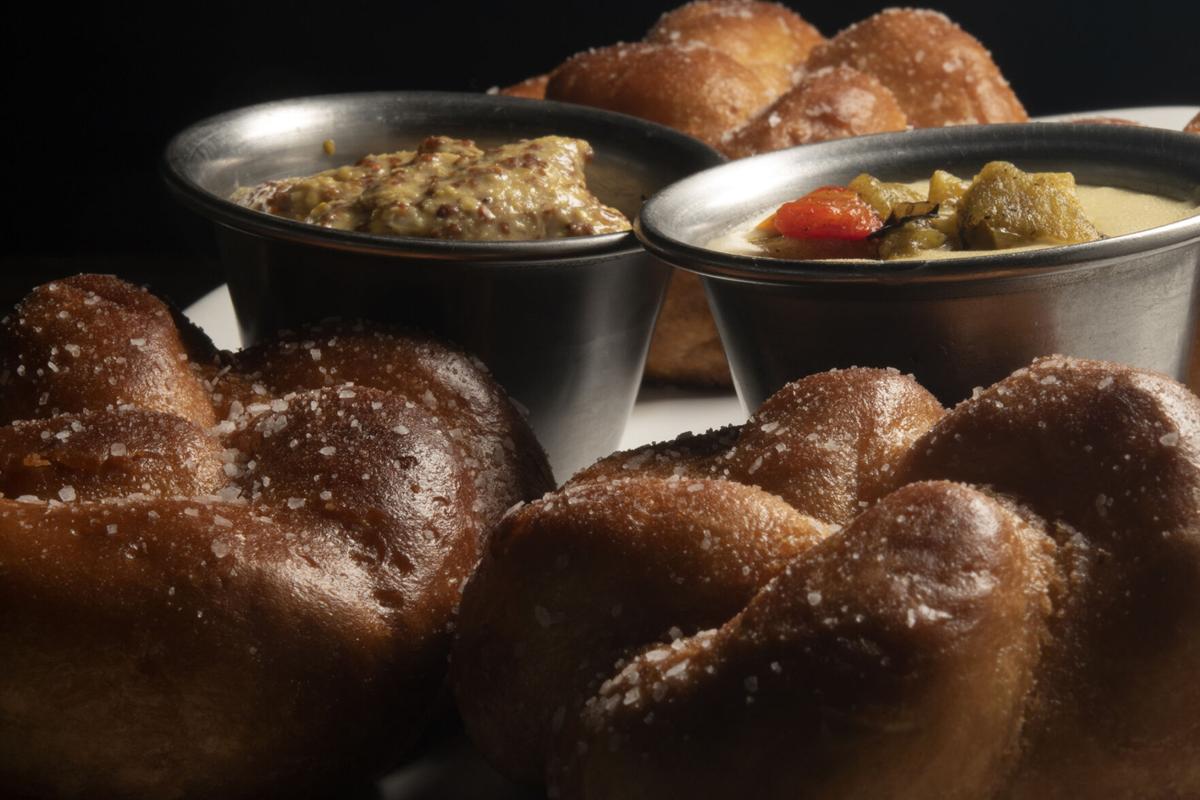 Pretzel knots at The Public House. 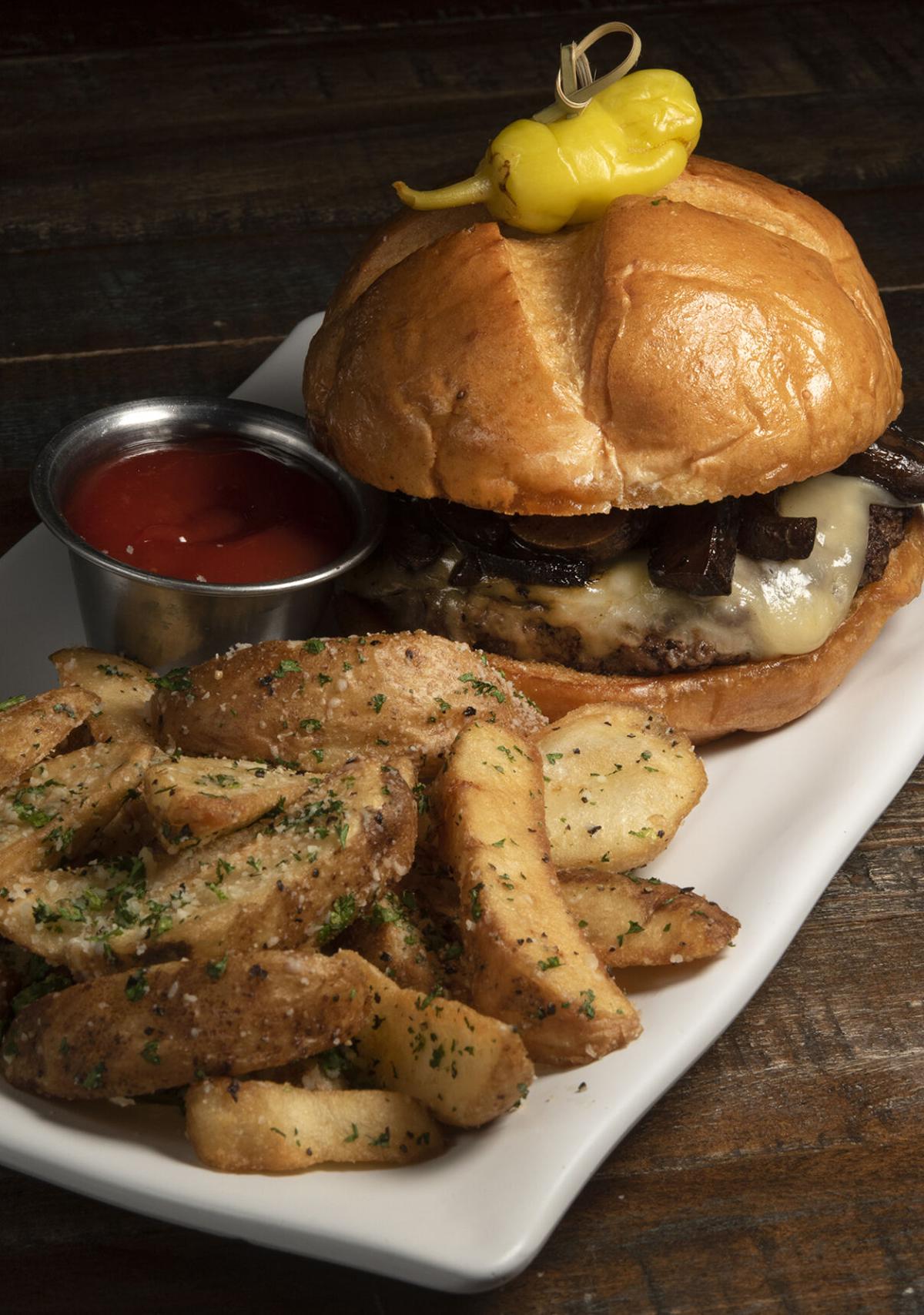 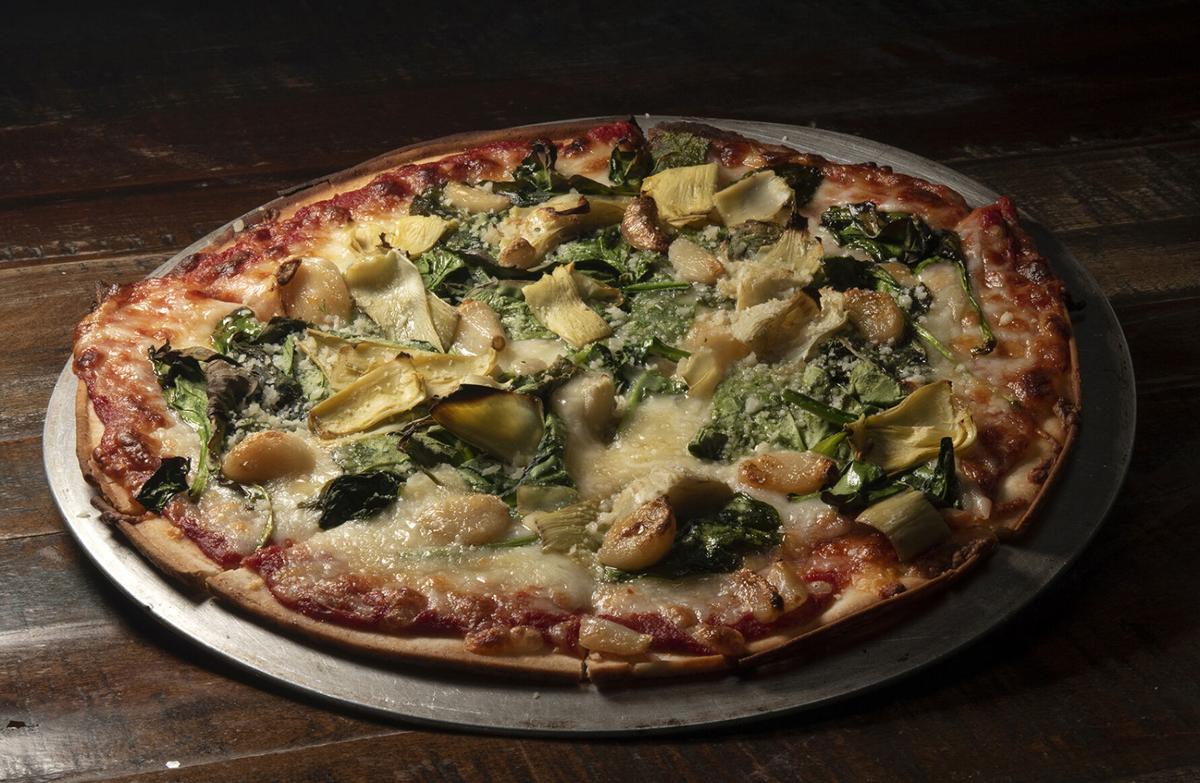 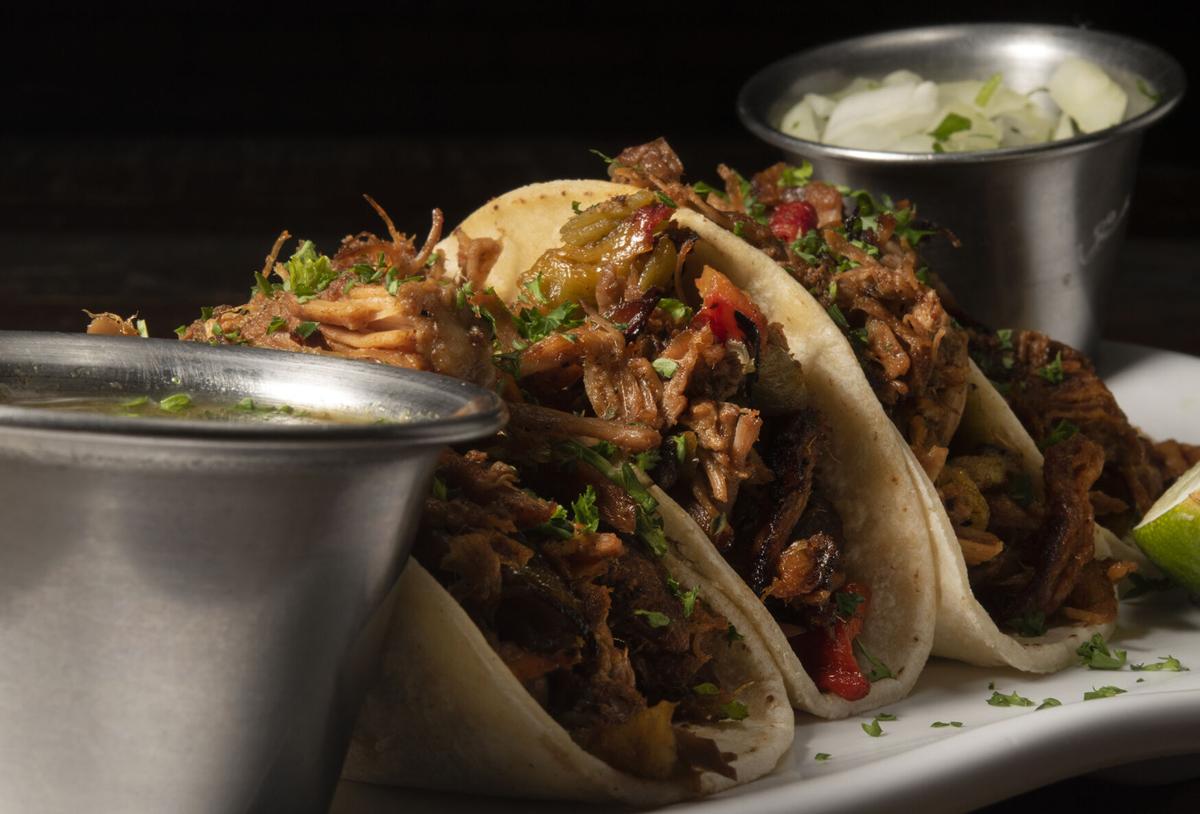 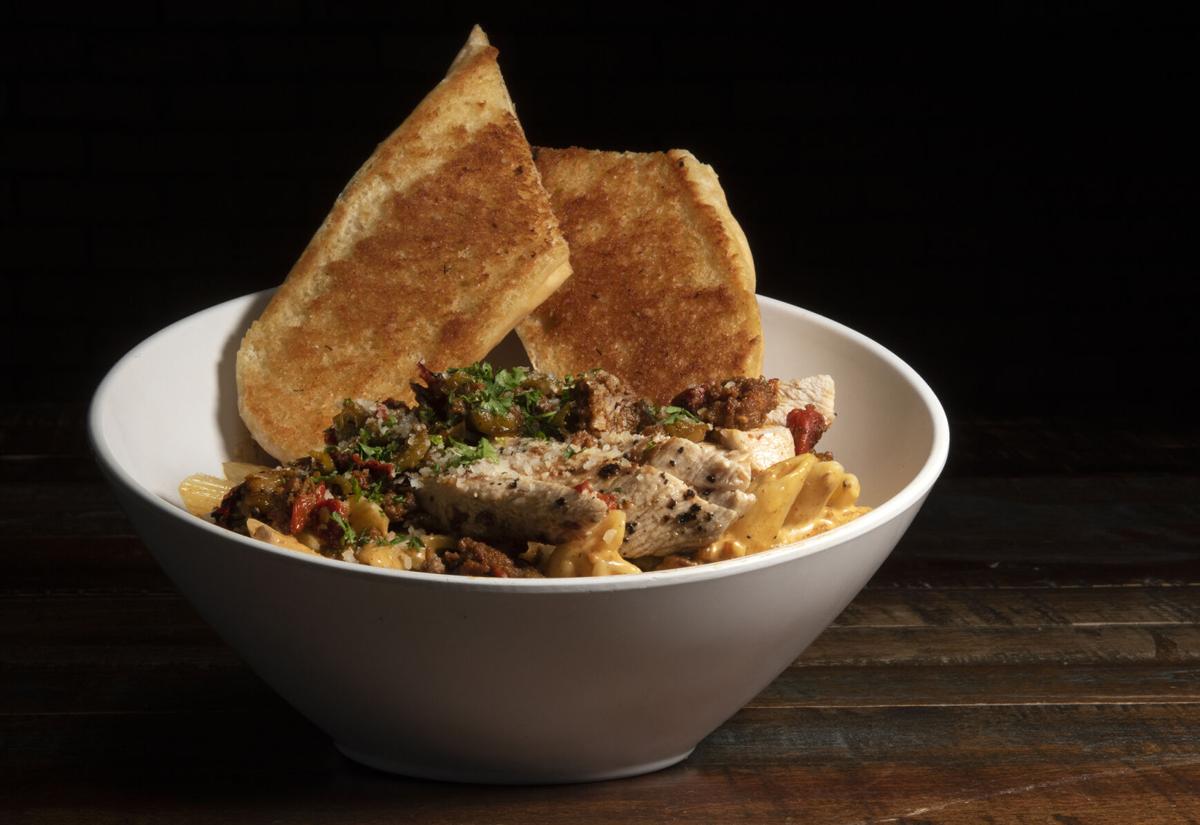 Mac & cheese with chicken and choriz at The Public House. 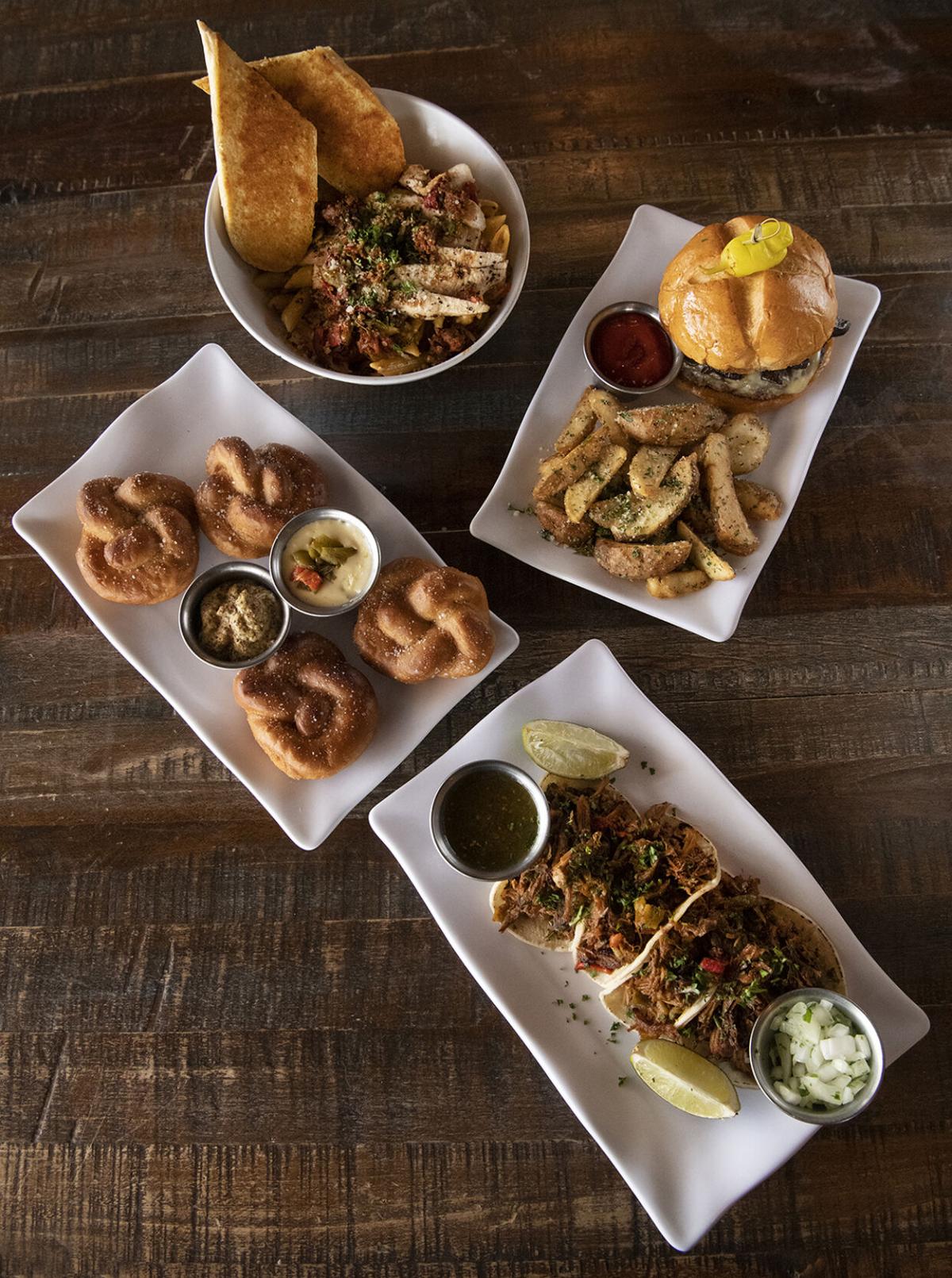 Carnitas street tacos with portobella hamburger, pretzel knots and mac & cheese with chicken and chorizo at The Public House. 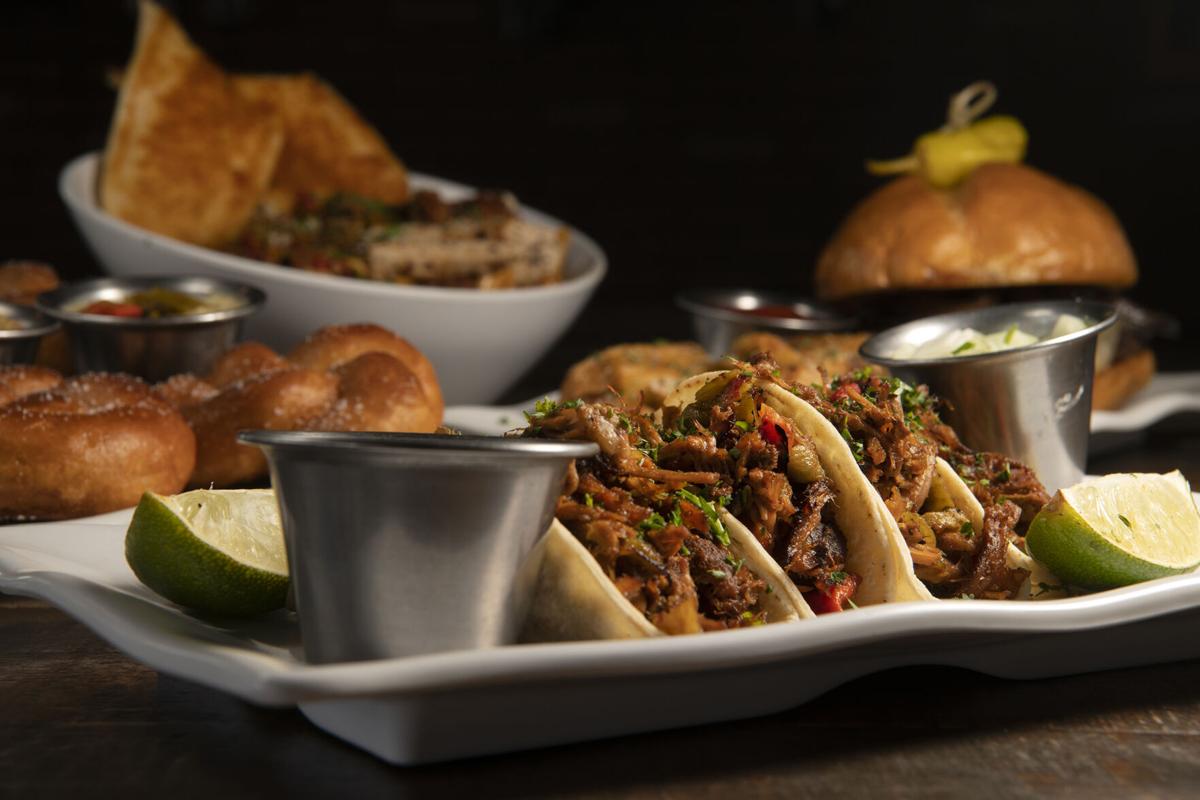 Pretzel knots at The Public House.

Mac & cheese with chicken and choriz at The Public House.

Carnitas street tacos with portobella hamburger, pretzel knots and mac & cheese with chicken and chorizo at The Public House.

The Public House is a bar, but this description doesn’t do justice to the good food served. Yet to label it a restaurant loses the casual vibe associated with a neighborhood pub. No matter what it’s called, go for the food and enjoy a drink in the process.

It’s midweek in the early days of official summer and the place is packed. Our server tells us it’s always this way. “People come for the food,” he said.

We waited a short time for a table and much longer for entrees to arrive. Good friends and cold beer are excellent distractions, but the delay from ordering to taking first bites was, nonetheless, noticeable.

It’s a small staff; most have worked at The Public House for years. The staff size has nothing to do with the pandemic, according to our server. “We’re just always busy and there aren’t many of us.”

For a bar, the menu is light on appetizers: only a handful. The focus is on heartier fare: burgers, sandwiches and more.

We started at the bar with pretzel knots ($9) and beer. Four mini, locally made pretzels are served with mustard and the house queso. The chewy knots are fine on their own, but the white cheddar sauce with jalapenos and green chile is worth ordering on its own with chips ($10). The creamy cheese blend has just the right amount of heat to warrant attention, but not so much that it’s overwhelming.

The green chili mac ($12) is a bowl of penne pasta topped with locally sourced chorizo, cheese sauce, green chili and Parmesan cheese. The ground spicy pork provides a kick to the taste buds. Chicken or meat-free are also options.

When I see street tacos on a menu, I wonder about the authenticity. They are different from a basic taco for two reasons: they’re smaller and the corn tortillas are not fried. The Public House scores points on both accounts. Here they’re stuffed, really packed, with carnitas: shredded pork ($11). Salsa verde and diced onions with cilantro are served on the side.

Both are typically part of the street taco package. The only thing amiss was the single tortilla for each taco instead of two. Given the tender pork with a hint of cumin, this was nearly overlooked. One of the four tacos fell apart in my hand. The double-tortilla technique helps avoid this.

The bourbon-glazed portabella ($13) sounds like it’s the vegetarian answer to a meat-based burger. It’s not. Instead, slices of the large ‘shroom are layered atop an all-beef patty with a bourbon glaze and covered with Swiss cheese. This is a juicy, earthy two-handed meal.

Out of curiosity more than need for a gluten-free meal, we sampled the Veg Head pizza ($13; $2 extra for gluten-free). The crust’s texture was different, as in not chewy, but the roasted garlic cloves, spinach and artichoke were a tasty combination.

The Colorado Bar Association is getting a new leader this summer after over a year of remote work due to the pandemic.